If you’ve ever been to Merthyr, you’ll know what a thoroughly depressing place this once proud working town has become, and the government’s proposed benefit cuts are going to hurt the people even more.

Two sisters, Gemma and Donna Griffiths, have made a short and moving documentary showing how the 2011 benefit cuts will impact on the town and its people.

Get on the bus

It also highlights the ridiculousness of Iain Duncan Smith’s idiotic comments suggesting that the people of Merthyr should get on a bus to Cardiff to look for work.

The two sisters leave the Gurnos estate at 5:50am to get in to Cardiff for 8:15 to see what jobs are available.

They discover that most employers aren’t interested in hiring people who have to commute such large distances and there’s barely any jobs available anyway, with one agency explaining that 1,900 applicants applied for just three retail store jobs in Cardiff.

Parts of Merthyr are so deprived that one estate has a lower life expectancy than earthquake-hit Haiti and war-torn Iraq, with men expected to live just 58.8 years.

This film is essential, angry viewing. Make sure you come on the anti-cuts TUC march on the 26th March and let your rage be heard. 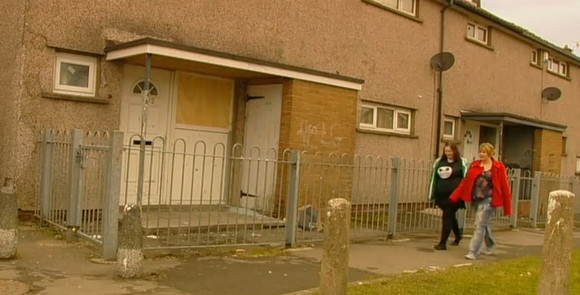 [Discuss the film on our boards]

If you’ve never been to Merthyr, you may  not appreciate how Thatcher – and successive government policies – condemned what was once a proud, thriving working class town with a long and varied industrial heritage into an economically disadvantaged backwater with huge levels of long-term unemployment.