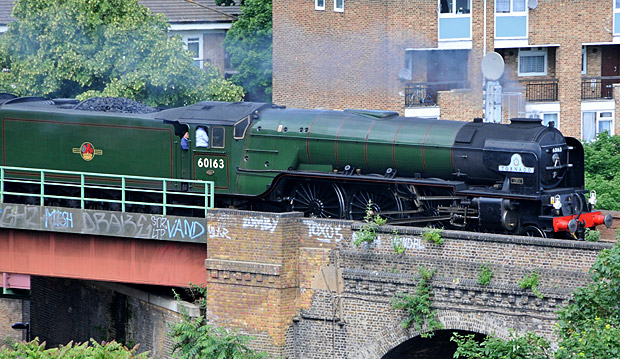 Summer’s finally arrived over the rain-drenched plains of sarf London, and today a mighty steam engine coud be heard powering its way across the rooftops. 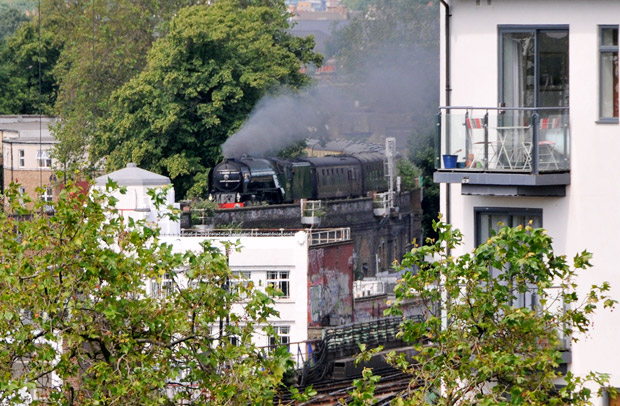 Seen weaving its way along the high level line that cuts across Brixton can be seen the LNER Peppercorn Class A1  60163 Tornado a steam locomotive – not a restored old loco from Barry scrapyard, but a brand new engine which only entered service in 2008. 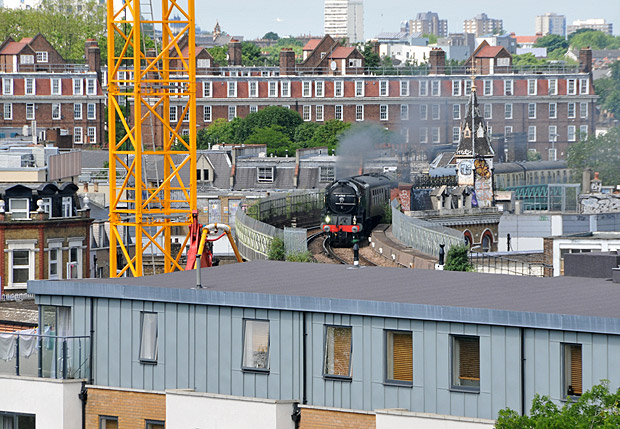 Tornado has the honour of being the first mainline locomotive built in the United Kingdom since Evening Star in 1960, and its creation was thanks to the pioneering work of the A1 Steam Locomotive Trust, a charitable trust founded in 1990. 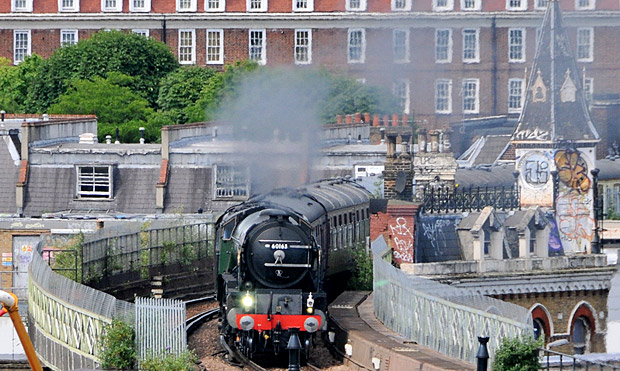 Here, loco number 60163 can be seen passing the much missed Brady’s pub, with its distinctive six-sided clock tower (which sadly hasn’t worked for years). 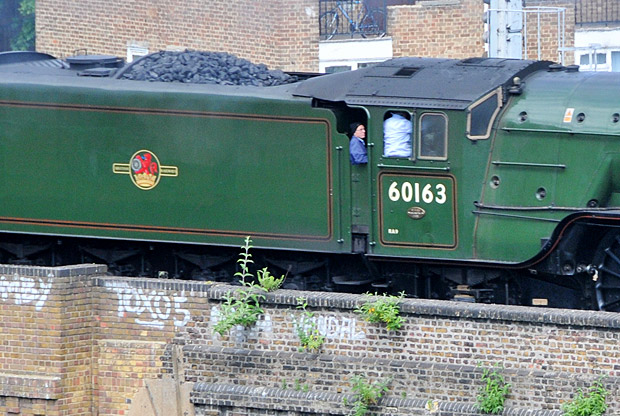 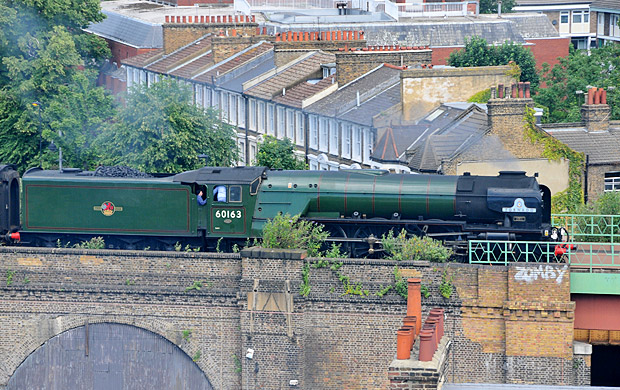 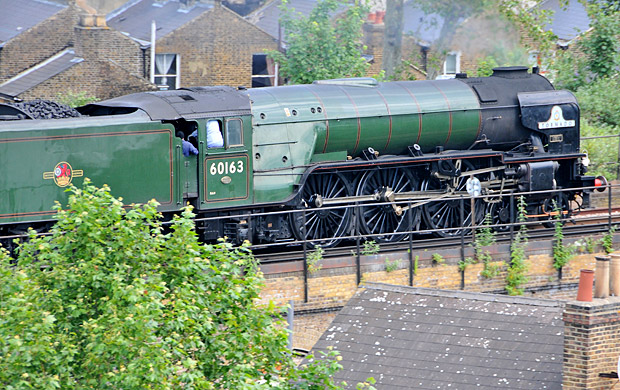 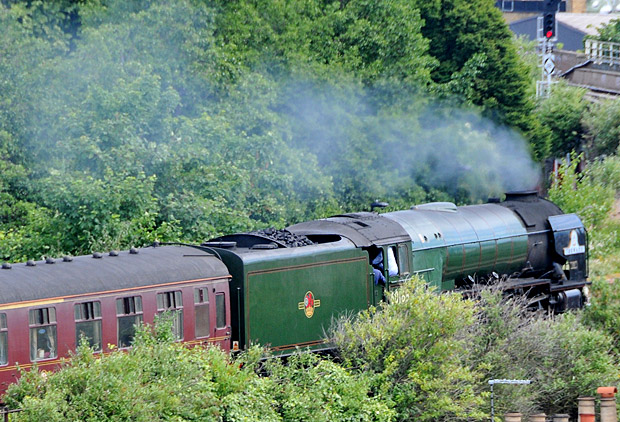 Steaming past the site of the abandoned East Brixton railway station. 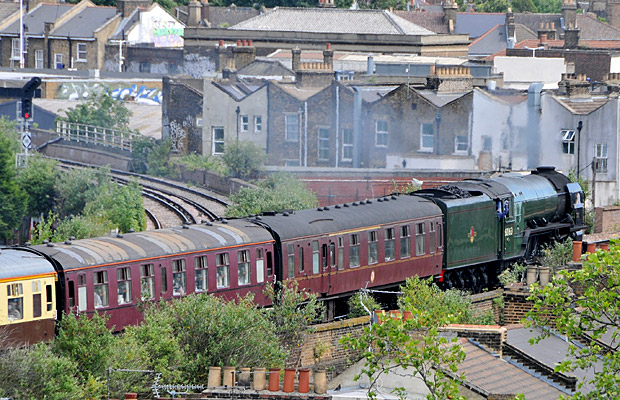 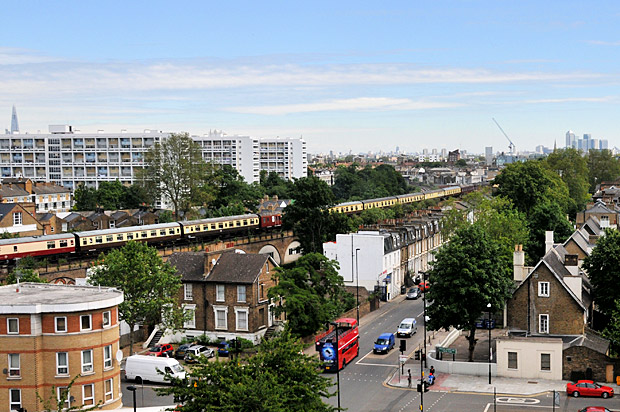 The locomotive was pulling a huge rake of carriages. In this view you can see the pointy Shard tower to the far left and the assorted office blocks of Canary Wharf to the right.