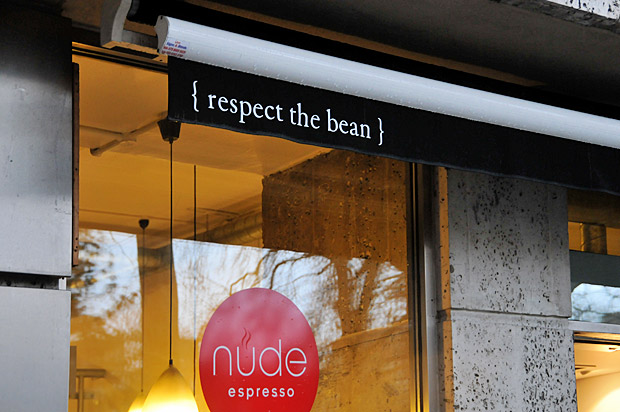 Spawned from trendy, tight-trousered Spitalfields, where their original coffee bar became the stuff of legend, Antipodean baristas Nude Espresso shimmied west in the summer of last year to set up a cafe in the heart of town. 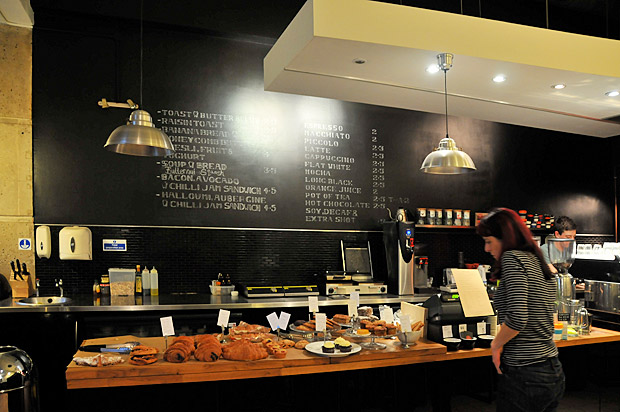 Located in Soho Square, the cafe presents rather a sleek spectacle, resplendent in shiny surfaces, black finishes and a swishy mezzanine level. 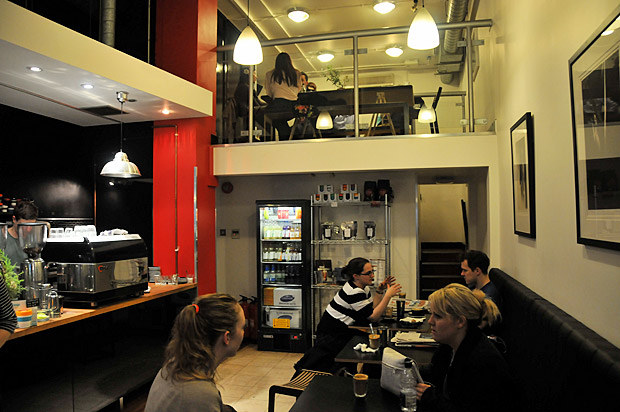 The premises looked very modern, clean and tidy but, truth be told, I think I prefer a little less gloss and a bit more character accompanying my coffee drinking.

Mind you, had the weather been better, it would have been rather pleasant to sit outside and watch Soho Square scurry by. 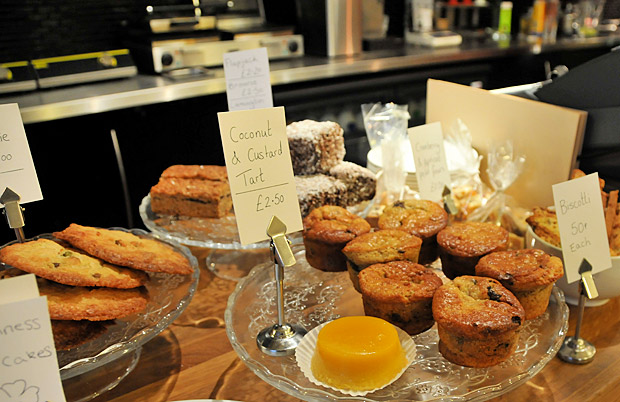 There was no complaints about the coffee though, which was strong and full flavoured, and the cakes looked hugely tempting too (I resisted. This time).

Nude also serve a wide range of homemade treats, fresh paninis, filled sandwiches and salads, all of which looked rather tasty. 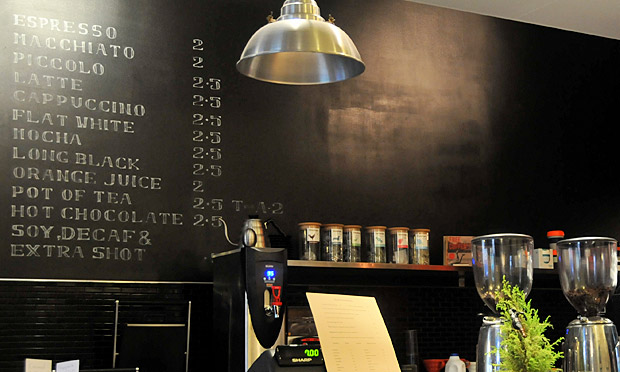 Prices were a smidgen higher than I’m used to, but worth paying the extra for if you’re into your coffee (and I certainly am). 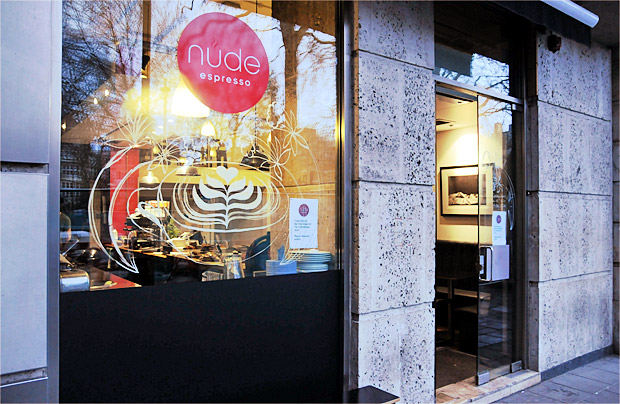 There’s no doubting the commitment of the Nude crew to coffee, with the company roasting their own beans and also selectively sourcing coffees for the best flavour.

If you’re around Soho Square and desperate for a top-notch caffeine kick, this is the place to visit!

2 Comments on “A caffeinated treat at Nude Espresso in Soho Square, central London”