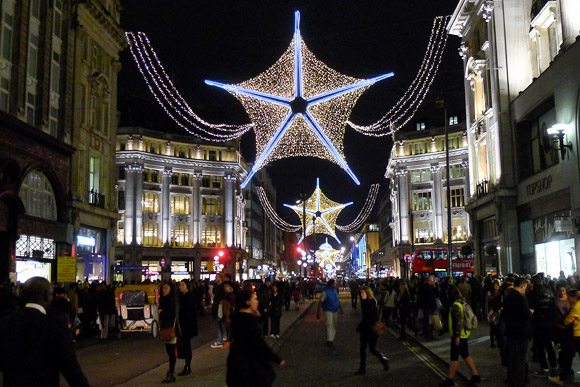 Here’s a view of the Christmas decorations already up at Oxford Circus. A few days into November!

In my mind, the start of December is the earliest anyone should be considering getting all Christmassy, but the demands of commerce means that the festive season seems to start earlier and earlier every year. 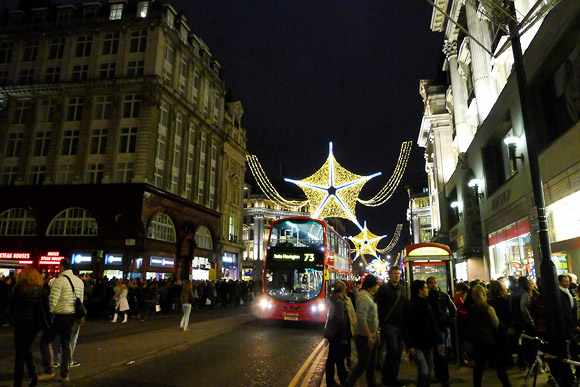 Don’t get me wrong though – I love Christmas – but not when it turns into a two month long product-shifting spectacular, starting from the first day of November. 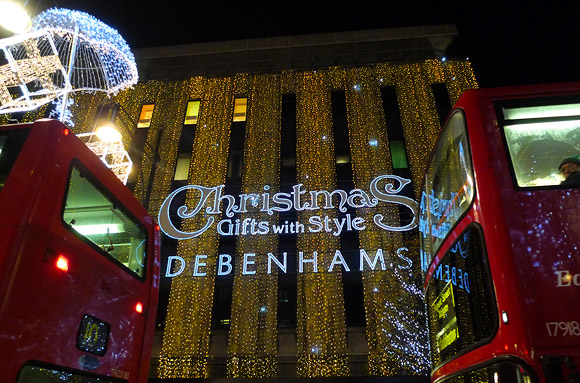 The Oxford Street Christmas lights are a relatively new phenomenon, first starting in 1959, five years after nearby Regent Street had started the tradition.

The Oxford Street display didn’t start off too well though, with a falling 15 foot candle killing a pedestrian below. 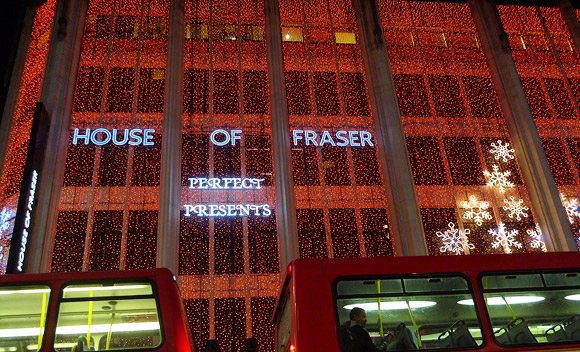 Lights out after the Summer of Love

As the recession hit, the lights went out in 1967 and didn’t return until 1978 when a rather unfestive laser beam was projected along the length of the street. It looked kind of cool, but the idea was abandoned on safety grounds.

Since then , the event has steadily commercialised, with various celebs and Z-listers being dragged in to turn on the lights.

2 Comments on “Oxford Street Christmas lights are turned on – in ruddy November, FFS”