Here’s another set of photos from my recent trip to East Suffolk, although this time I’ll admit (to paraphrase Spinal Tap) that their appeal is likely to be more selective.

So here’s a series of photographs of the rather forlorn looking Saxmundham railway station and the closed Railway pub opposite. 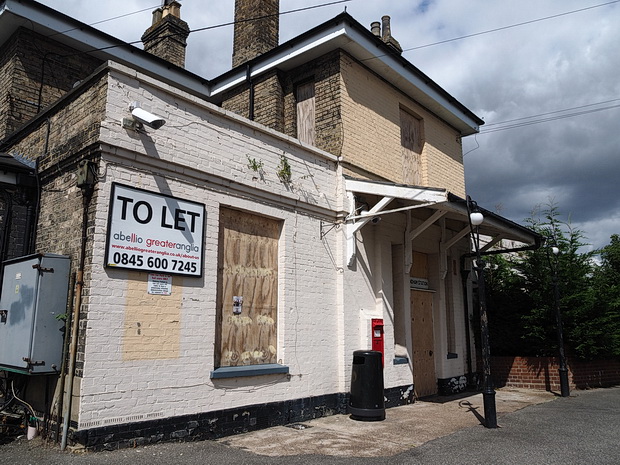 The railway reached Saxmundham in 1859, with the station offering through services to London and Yarmouth Southtown and Lowestoft, with a short branch line taking passengers to Leiston and Aldeburgh.

The line enjoyed substantial goods traffic, mainly of agricultural produce brought to the station from surrounding villages, but the northern end of the main line from Beccles to Yarmouth was to close in 1959, with the branch line closing to passengers in 1966.

Part of the branch line is still used for traffic to the nearby Sizewell Power Stations. 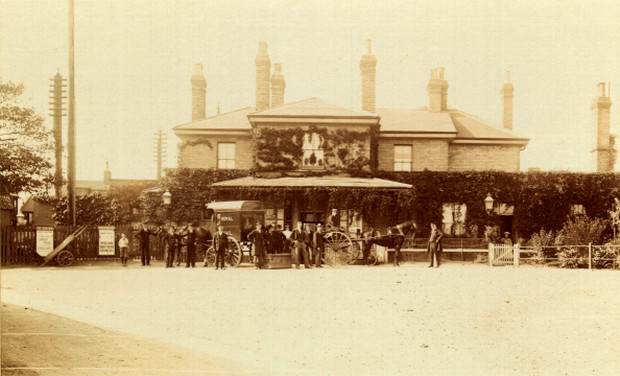 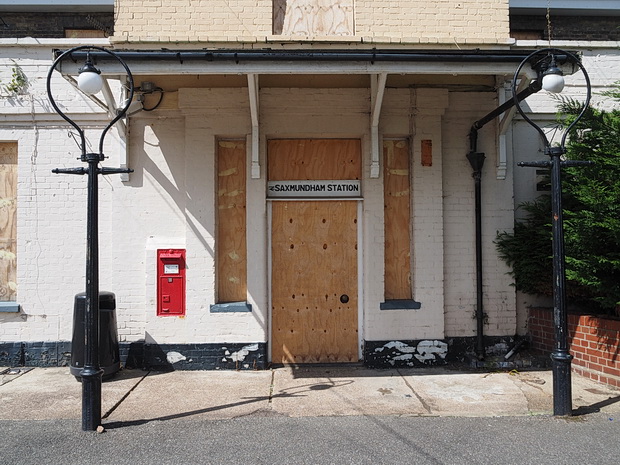 The now-unmanned station building has more or less remained intact over the years, although it is now boarded up and advertised for rent. 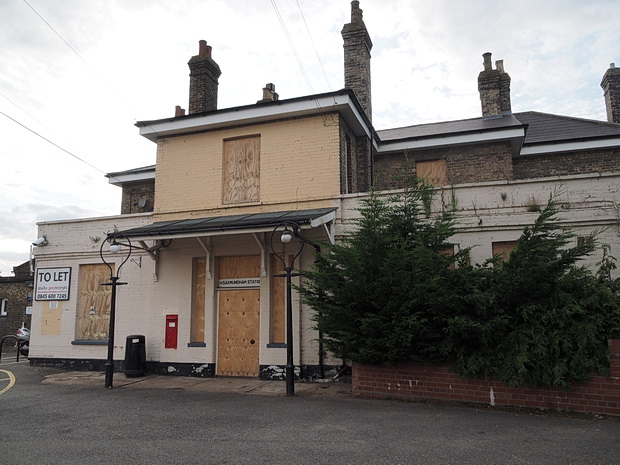 Saxmundham railway station is located on the East Suffolk Line and is served by Greater Anglia, which operates services between Ipswich and Lowestoft. 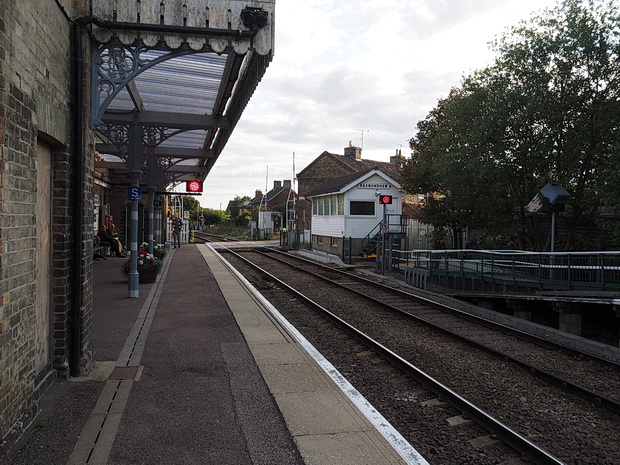 The RETB control centre for the East Suffolk Line is located in the signal cabin on the Lowestoft bound platform. 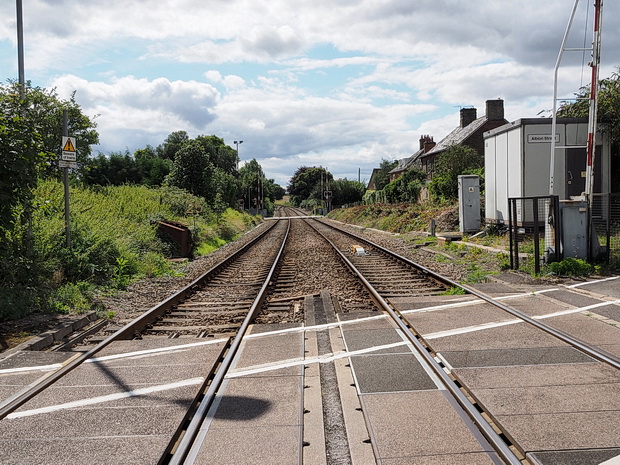 Looking down the tracks from the level crossing. 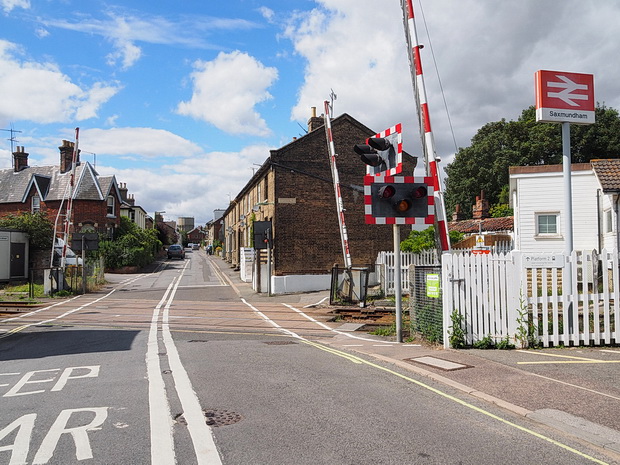 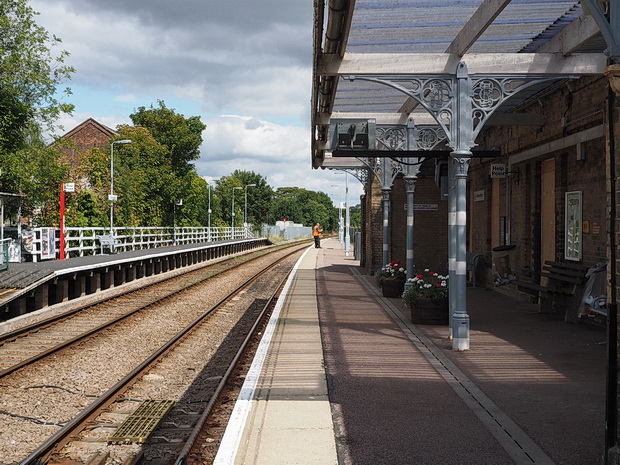 Looking along the platform showing the staggered platforms. 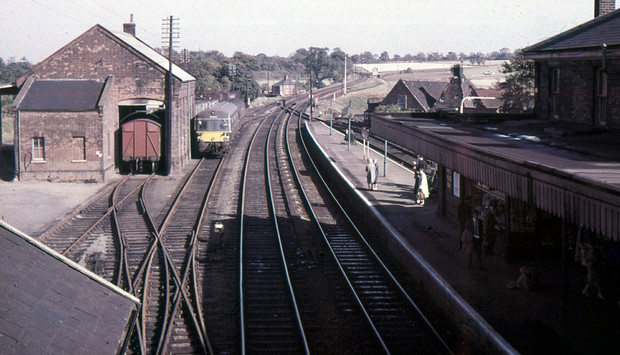 This early 1960s view shows the station with its goods shed still in use, and a Metro Cammell DMU waiting to take passengers along the Alderburgh branch.

On the right (under the canopy) you can see what looks like a newsagent with two customers – a sign that the station must have once enjoyed healthy levels of traffic. ( © Jack Ray) 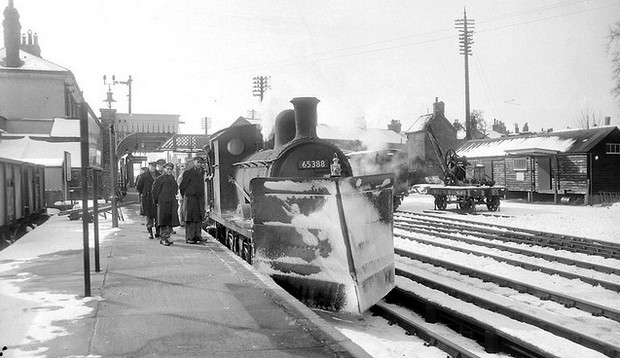 This interesting view of a steam engine equipped with a snow plough at Saxmundham station was featured in the book, ‘Suffolk Steam Railways,’ published by www.oldpond.com.

Video of a trip 1957 trip from Saxmundham to Aldeburgh. You may want to turn off the sound for this.

Also: The last journey of a train on the Aldeburgh to Saxmundham branch line on 10 September 1966 (video) 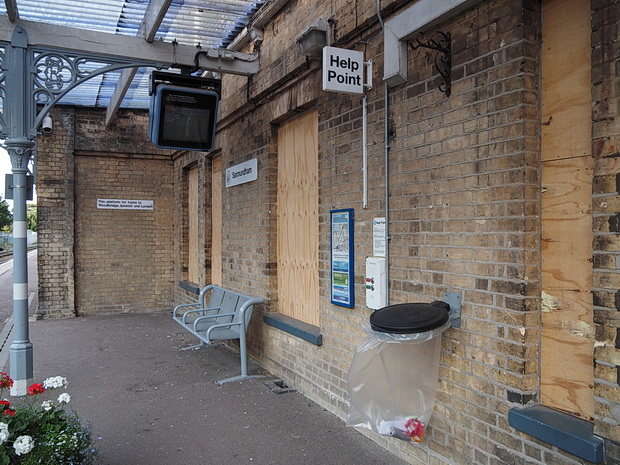 The rather dejected state of the station today. A local group, The Friends Of Saxmundham Station are hoping to return the building to community use. I wish them luck! 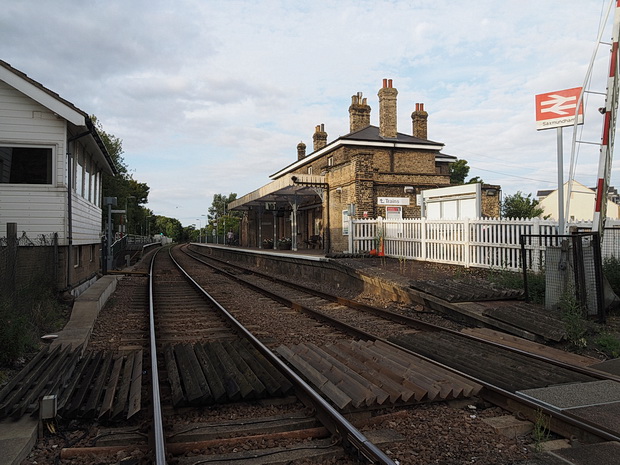 Looking at the station from the level crossing. 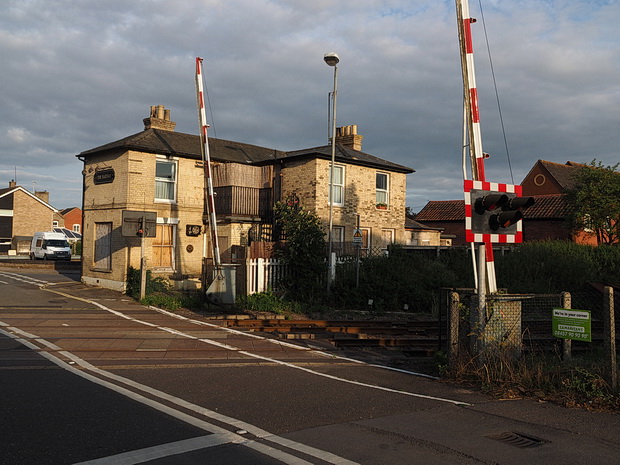 Located on the opposite side of the level crossing is The Railway public house. 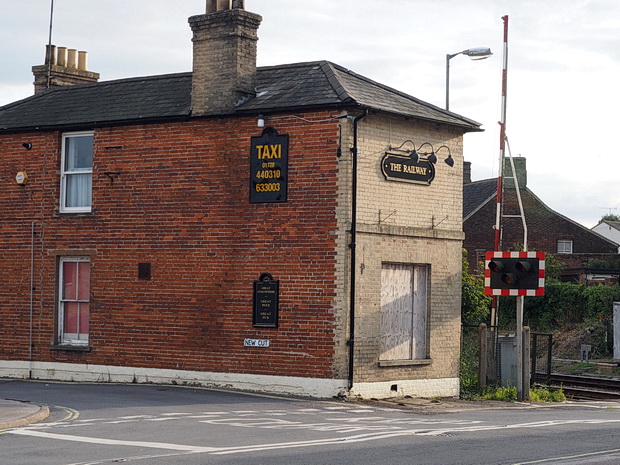 Built as a refreshment room for rail passengers (apparently, it was nicknamed ‘The Fresh‘), the pub has been closed for at least five years. 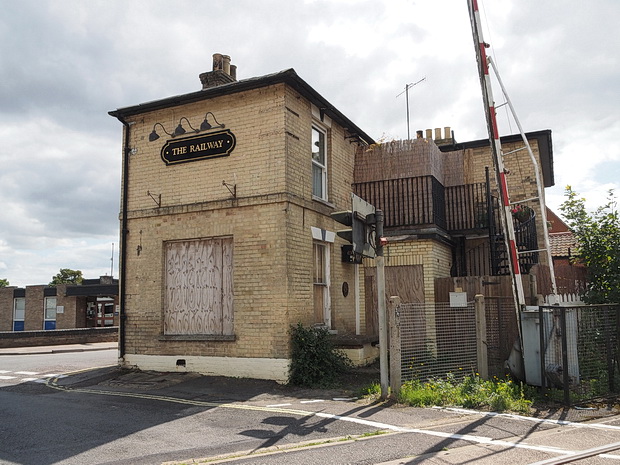 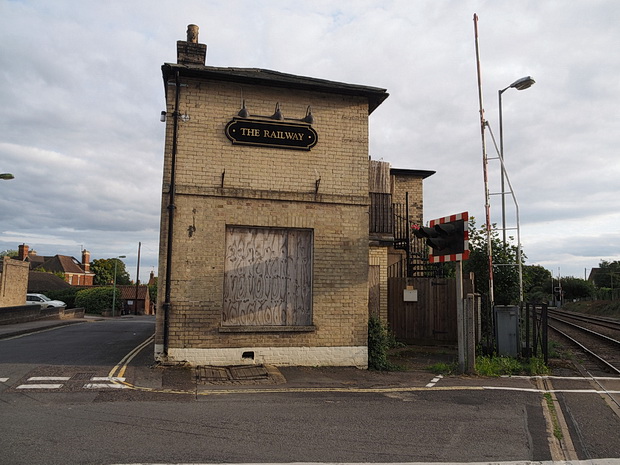 In photos: a walk around Needham Market, Suffolk