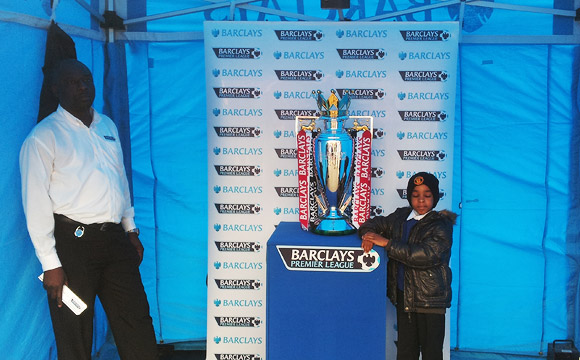 Queuing up in the Brixton branch of Barclays Bank usually made for a particularly grim experience –  although nowhere near as bad as the dreaded Ferndale Road Post Office – but after a recent refurbishment, a ‘new look’ branch was celebrated today.

Accompanying the relaunch was the presence of the Barclays Premier League Trophy, with the branch on the corner of Coldharbour Lane and Brixton Road being decorated with a load of balloons. It’s party time! In a bank! Yeah! 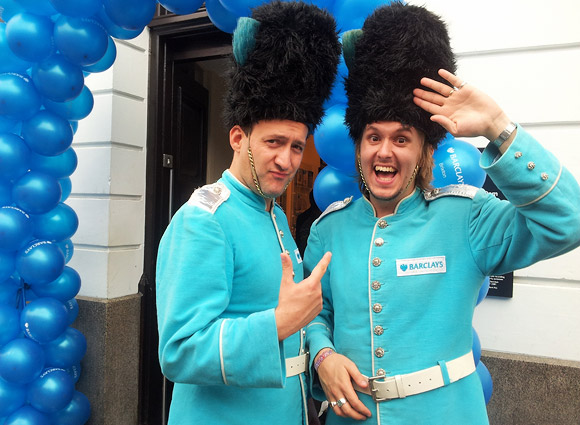 There two daft blokes bizarrely dressed as Barclays-branded soldiers stood outside the bank, with the trophy being housed in a tent nearby, flanked by serious-looking security guards. 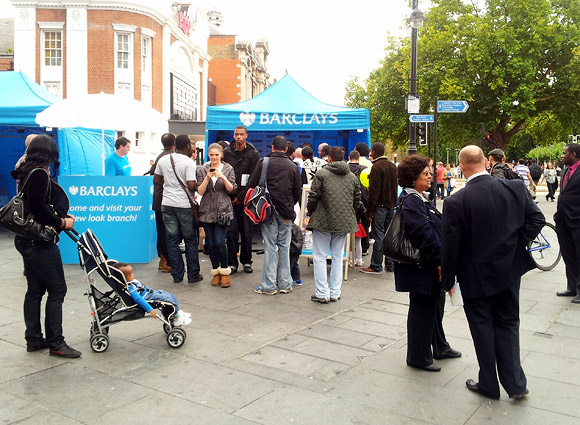 If you queued up you could get your photo taken with the cup, which often goes on tour around Britain.

There were quite a few takers. 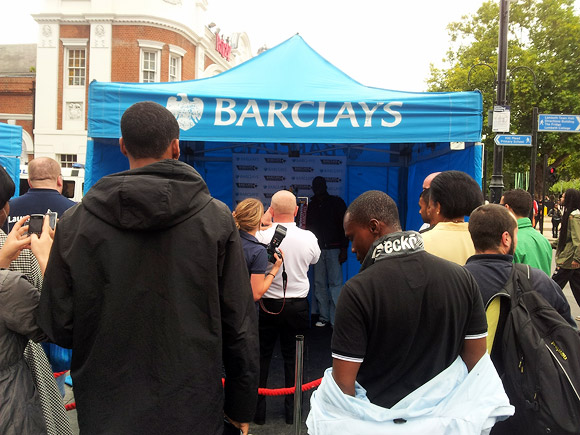 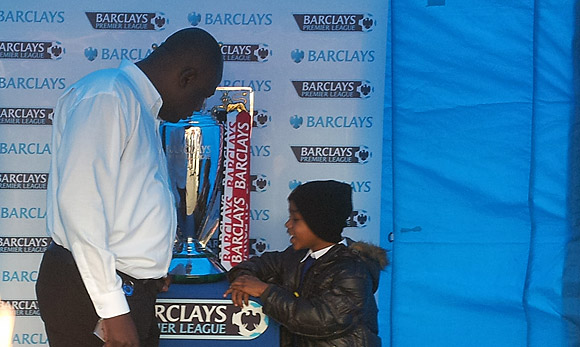