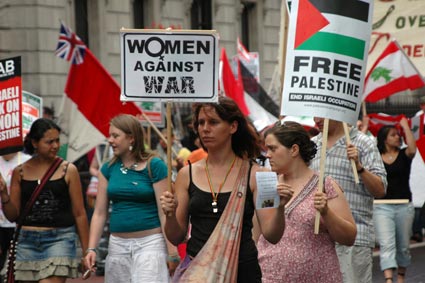 On Saturday, we checked out the demo against the terrible Israeli attacks on Lebanon, before grabbing lunch at the Photographers’ Gallery on Great Newport Street (by Leicester Square).

Later on we watched some fun dancers performing at Somerset House – photos to follow soon. 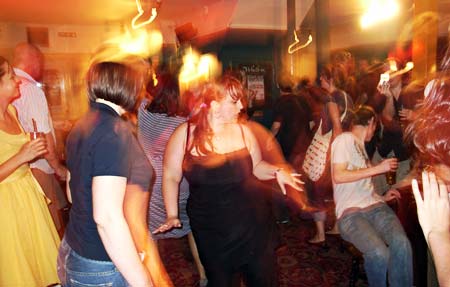 In the evening, it was my OFFLINE club night in the Prince Albert, Brixton which turned out to be a totally mad night.

I wasn’t expecting much of a crowd with so many people being away, but in the end it turned out to be a major mash up! 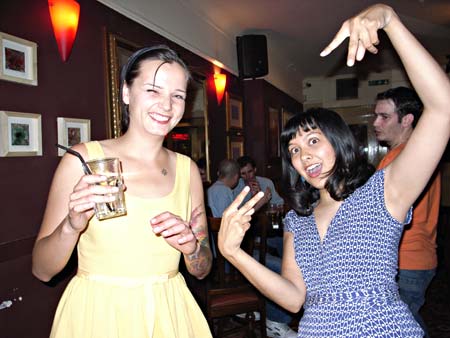 I was spinning ska, punk rock and new wave sounds all night and loved it! And it was the first time I’ve ever had someone pogo into a table and crash into a heap on the floor.

Next Offline is this Thursday – and what a bill!

We’ve got top cabaret with roots poet MARK MACE SMITH, and poets JOHN CLARKE AND NATHAN PENLINGTON, plus DJs and dancing though to the wee small hours. Bands start at 8pm. Get there early!