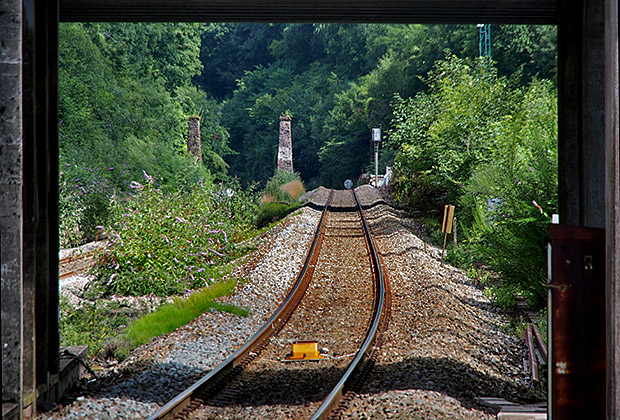 Photographed from Lisvane & Thornhill station, north Cardiff, you can see the track dipping sharply into Cefn Onn tunnel, which runs for 2,000 yards into Caerphilly on the other side of the mountain.

The line then runs north on to Rhymney, passing through eleven more stations to the terminus,  including Ystrad Mynach, Gilfach Fargoed and Tir-Phil.

Visible in the photo above are two masonry piers which used to support a footbridge giving access from the (now abandoned) Cefn Onn Halt station to the nearby Cefn Onn park. 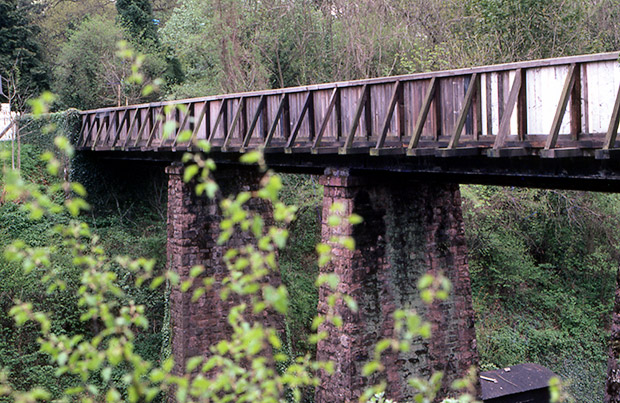 A 2000 view of the footbridge, which remained in use for around 15 years years after the station’s closure. 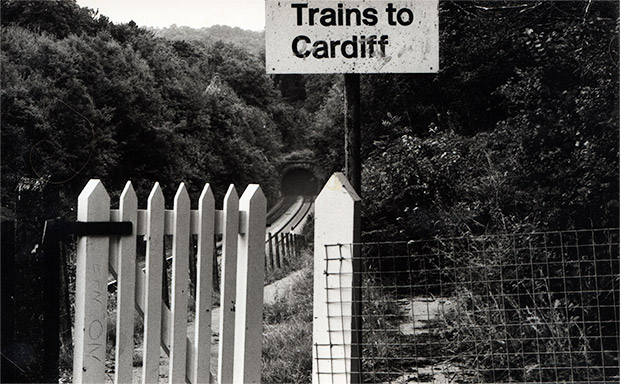 Cefn Onn halt was only accessible by footpath and was located close to the southern portal of Caerphilly tunnel. 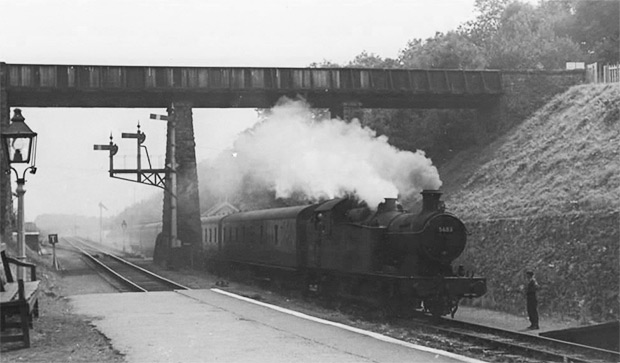 Being a request stop meant that southbound passengers had to wave their arms frantically to get the train to stop:

The imminent arrival of a train was always an exciting moment – you’d hear the distant rumble of the train entering the northern portal of the tunnel, with a deep ‘whooshing’ sound getting louder and louder before the train burst into the daylight, just 20m from your platform. 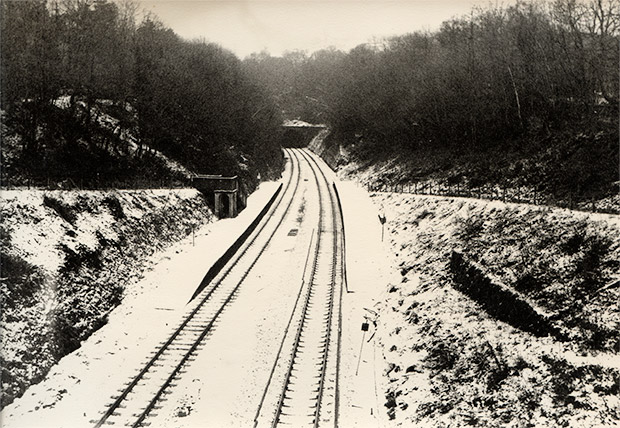 Cefn Onn halt closed on Saturday, 27th September 1986, and was replaced by Lisvane and Thornhill station some 500m or so further down the line.