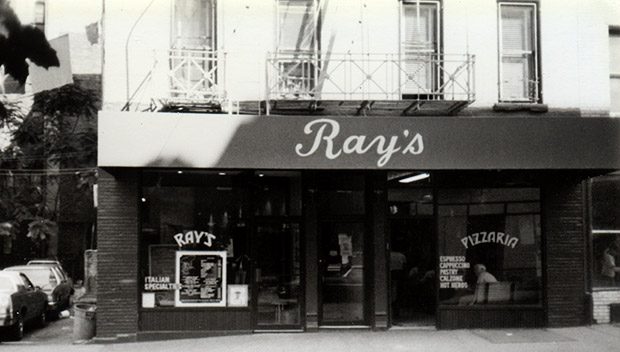 Last week, the New York Post got in touch to ask if they could licence one of my old photos of Ray’s Pizza in Prince Street, Manhattan New York, a place I’d stayed at in the late 1980s. 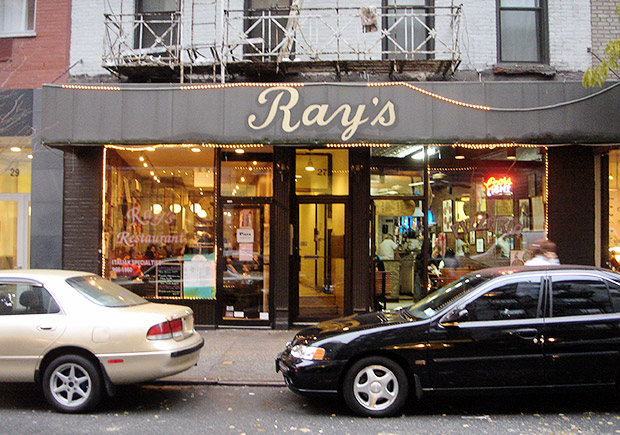 My old girlfriend Sue was renting an apartment in the back room of Ray’s (accessible through the central door) and I stayed there for a couple of weeks. Little did I know I was sleeping in the headquarters of a major mob operation at the time.

Sue recalls that she always knew the place was a bit dodgy. When she paid the rent (in cash, of course) she had to hand it over to a “plump, bosomy bleached blonde of a certain age” who would stuff the money in her bra.

Unsurprisingly – considering it was at the back of a pizza restaurant – it was unbelievably hot in her single room apartment, and at night we had to go to sleep with a fan next to us on full blast.

However, it wasn’t just the ovens that were warm at Ray’s –  it was also a hotspot for major mob activity involving narcotics, gangs and gambling, with the pizza parlour and its adjoining clubhouse being the HQ for “the Prince Street crew” of local mobsters.

The drugs were handled in the basement below the ovens, with the primary trade being heroin. 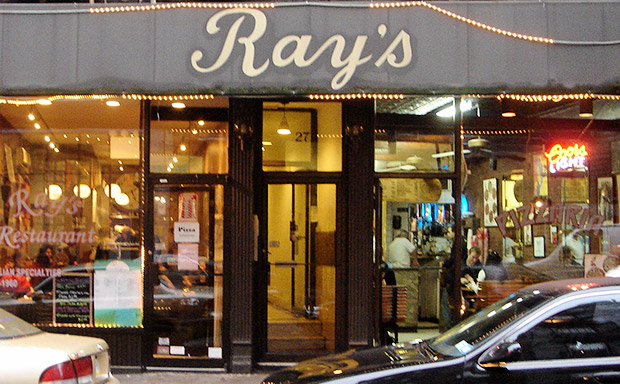 The New York Post reports that the Manhattan District Attorney’s Office planted bugs inside the restaurant three times in the hope of catching Ray’s Pizza owner Cuomo and his pals in the act  (I wonder if they listened in on me and Sue too?!), but the mobsters continued to elude the long arm of the law .

In October 1995, drug-enforcement agents finally arrested  Cuomo and charged him with operating a vast narcotics network from the premises.

The Post article fills in the end of the story:

Cuomo delayed the inevitable for several years, finally cutting a favorable deal, agreeing to serve four years. At sentencing, his attorney made a last-ditch effort to reduce the term further, arguing that prison stress could kill his 62-year-old client, who was ailing from heart disease, diabetes and recent back surgery.

Prosecutors pointed out that the pizza artist seemed to be in decent shape. He’d spent the previous night betting at the Meadowlands.

He survived that third prison term, returning to Prince Street after doing his time to oversee his still popular restaurant. That’s where he was in April 2008, when complications from the diabetes and the heart ailment did him in. Services were held across the street at Old St. Patrick’s Cathedral.

As things turned out, the real estate was almost as profitable as the drug sales. In 2011, Cuomo’s heirs sold the five-story tenement at 27 Prince St. with the old tree trunks in the basement.