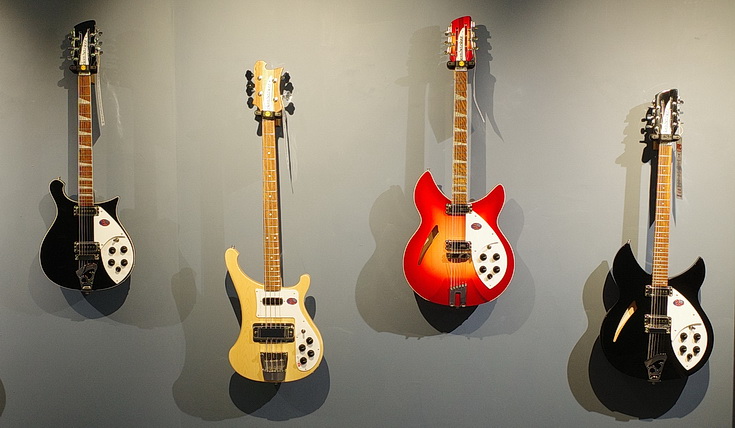 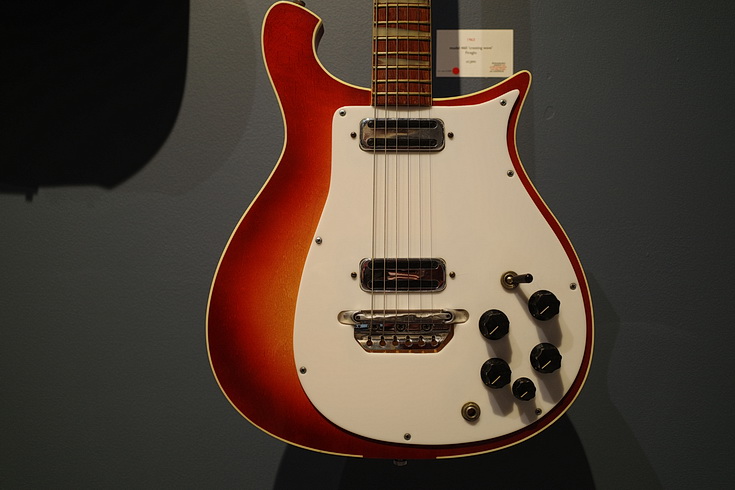 A huge array of Rickenbacker bass guitars and 12 strings can be found in the basement of Shapero Rare Books, an internationally renowned dealer in rare books⁣ & works on paper. The exhibition runs until 2nd April 2022.

If you can’t afford the special edition book (there’s only 26 copies being printed so you probably can’t!) the regular edition weighs in at £35.

Here’s what the publishers say about it:

• 336 colour pages
• Bound in a sturdy double layer laminated, color, French flap style cover.
• Containing over 350 beautifully photographed Rickenbacker instruments
• All 7 surviving Beatle’s Rickenbackers have been shot especially for the book
• Plus guitars owned by Tom Petty, Roger McGuinn, Johnny Marr, Paul Weller and Mani Mounfield
• The authors were given unprecedented access to the Rickenbacker archives so readers can expect a wealth of previously unseen historical photographs and company literature. Extensive interviews with company CEO John Hall also shed new light on the Rickenbacker’s fascinating story.
• The book chronicles George Beauchamp’s invention of the electric guitar in 1931 and the pioneering lap steels, electro-acoustics and band instruments produced by Adolph Rickenbacher’s company between 1932-1953.
• It explores in detail every model produced during the F.C. Hall era 1954-1984 and covers John Hall’s important take over and the re-invention of the company during the 1980s up to the present day.
• The key Rickenbacker players are all included with chapters focusing specifically on John Lennon, George Harrison and Paul McCartney plus endorsees as diverse as Lemmy, Tom Petty, John Fogerty and Chris Squire. Brand new interviews with Roger McGuinn, Peter Buck, Susanna Hoffs, Johnny Marr, Mike Campbell, Geddy Lee, and Paul Weller offer further insight into the Rickenbacker brand.
• The book also contains the most detailed and comprehensive information on dating Rickenbacker instruments published to date.
Price £35 GBP ($48.00 USD) plus shipping 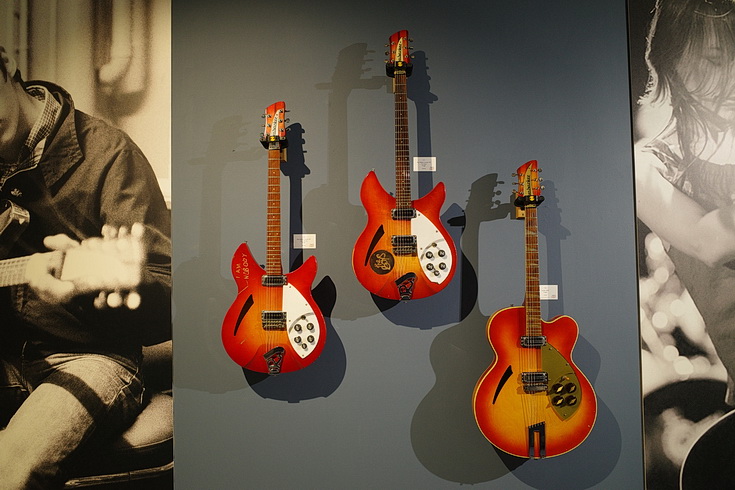 Items on display include a selection of vintage guitars and Rickenbackers used by Paul Weller, plus life size prints of Rickenbacker guitars used by the Beatles. 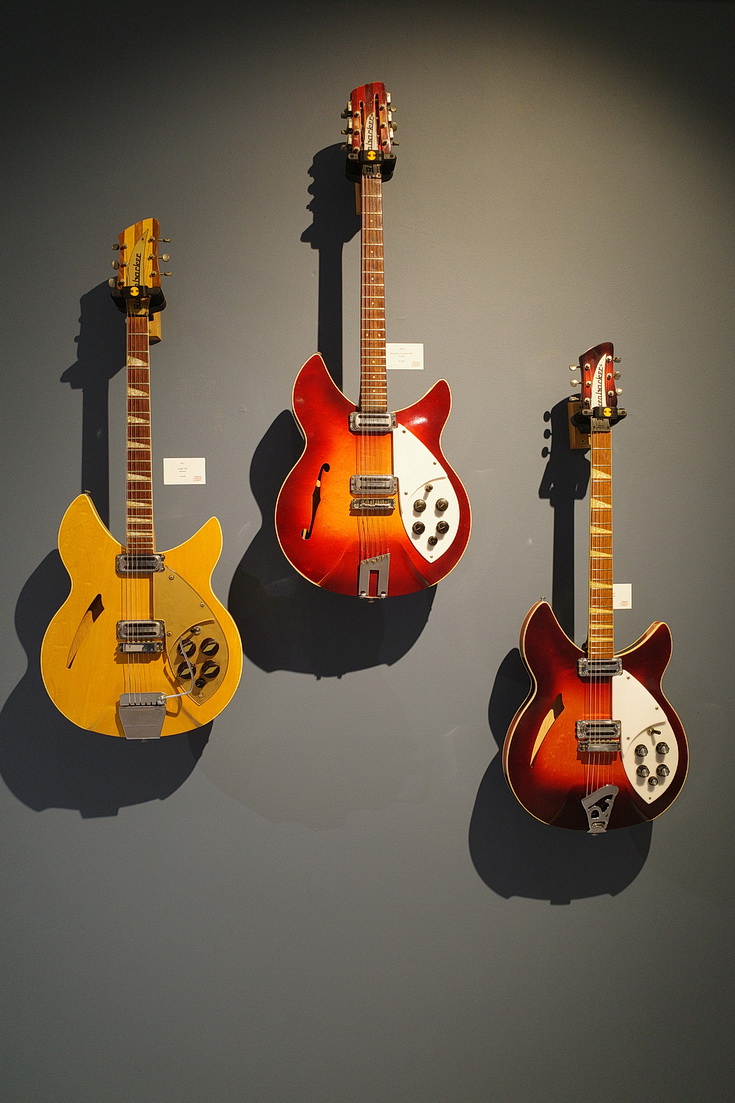 Some of the instruments on display are absolutely beautiful. 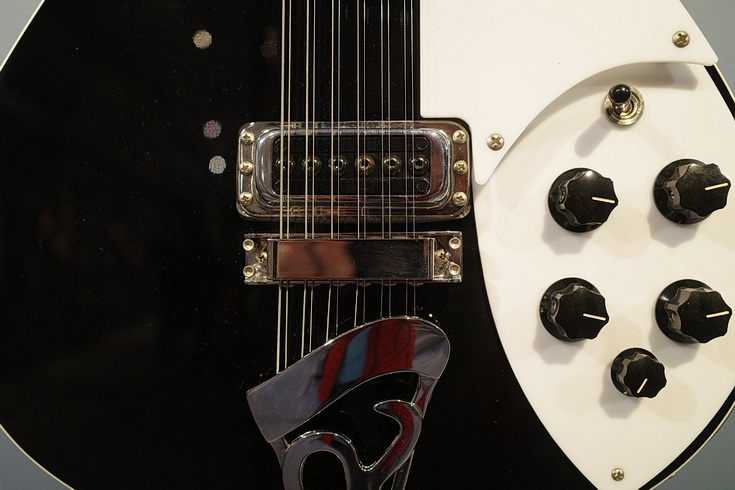 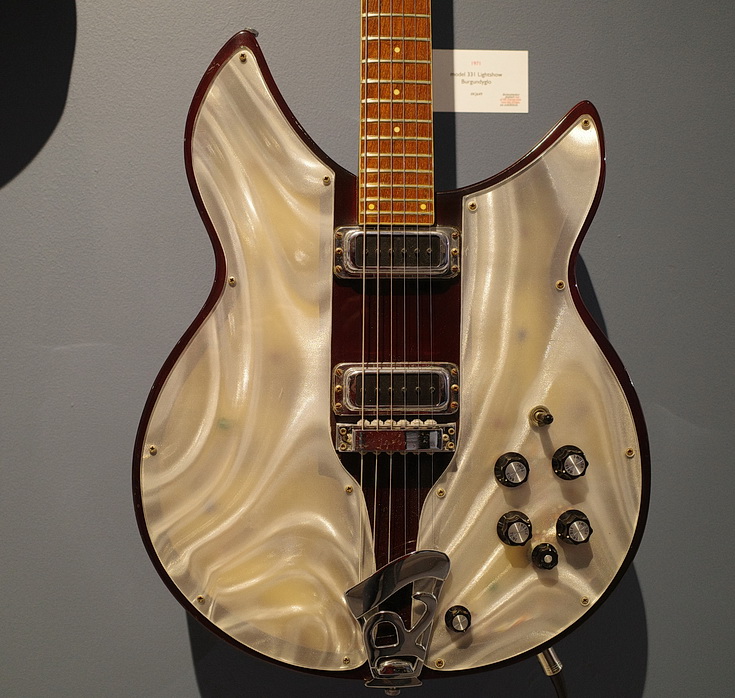 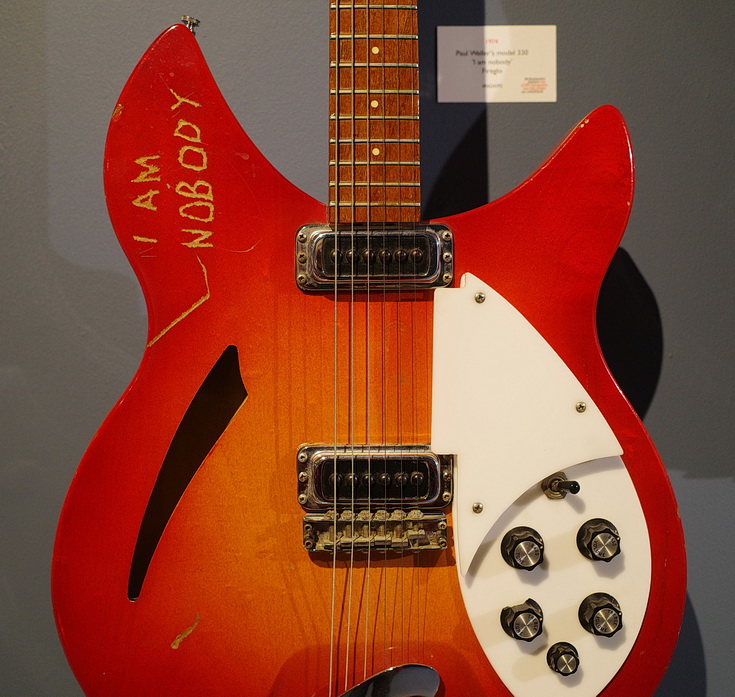 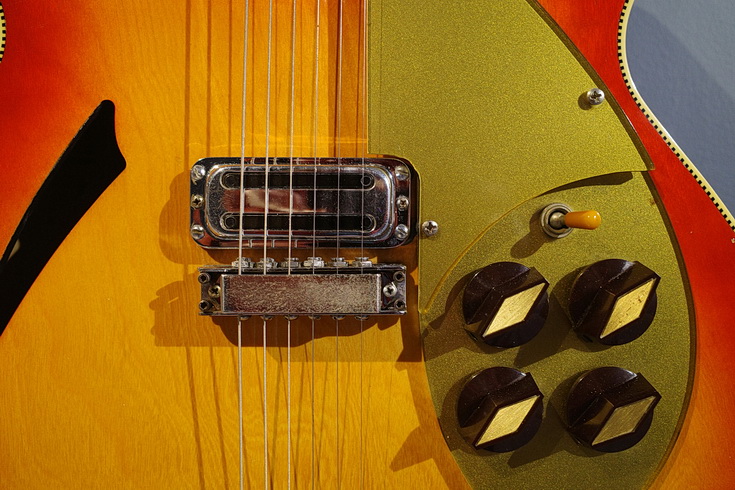 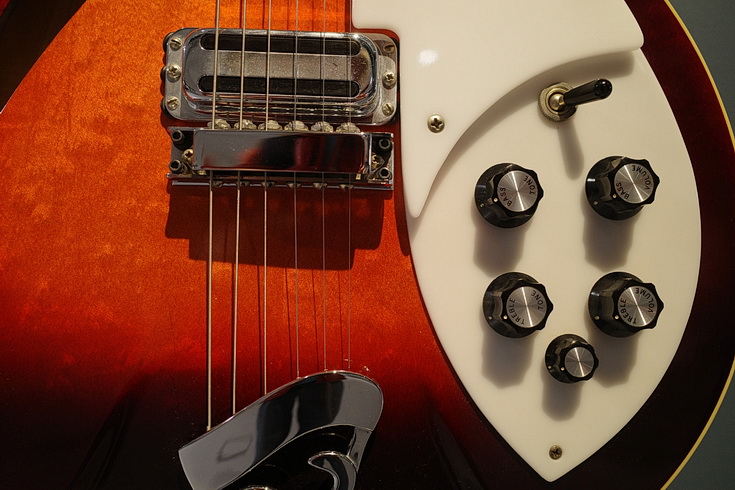 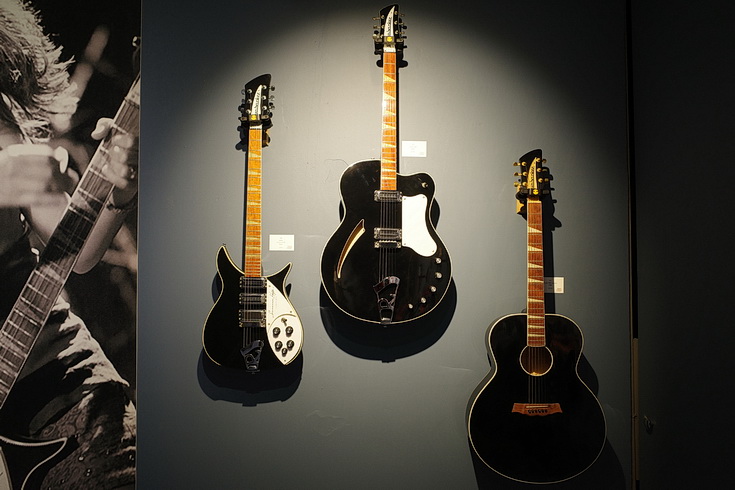 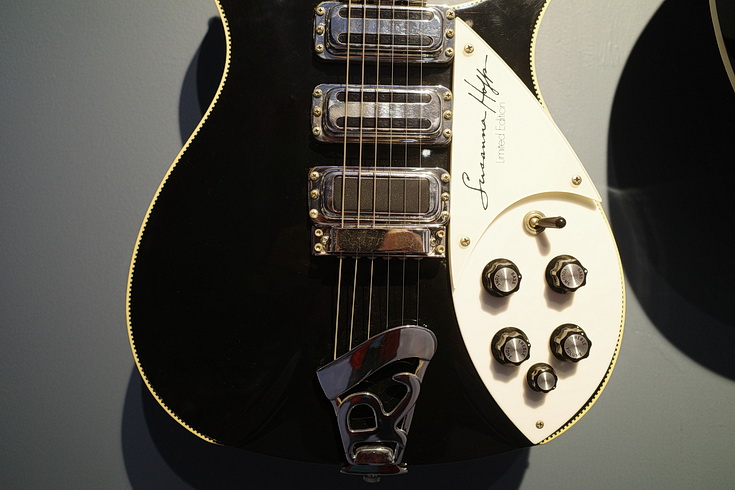 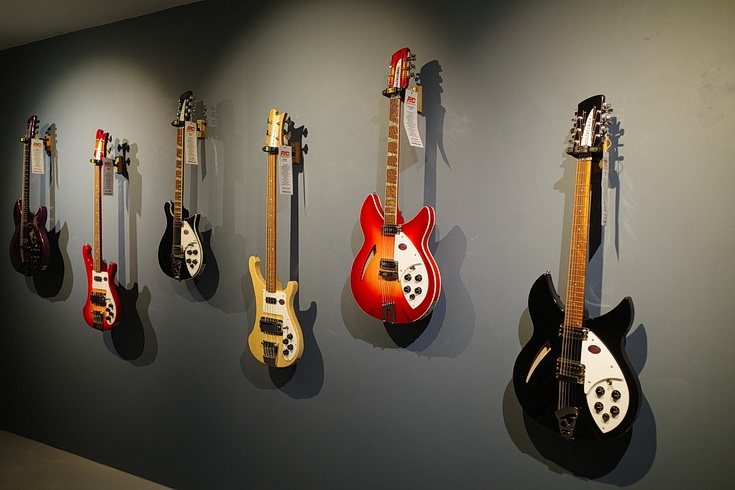 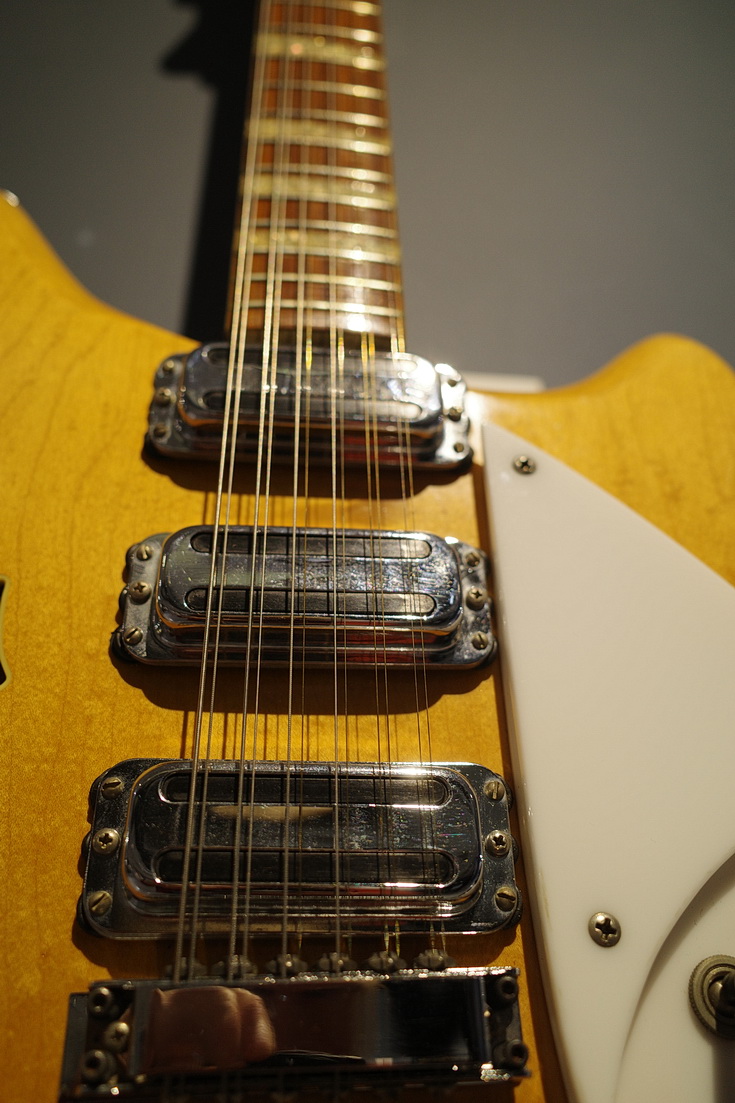 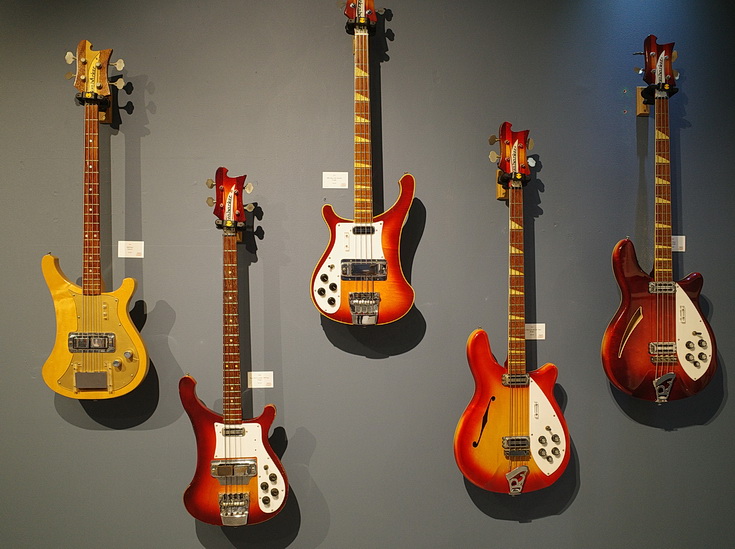 A quintet of basses. 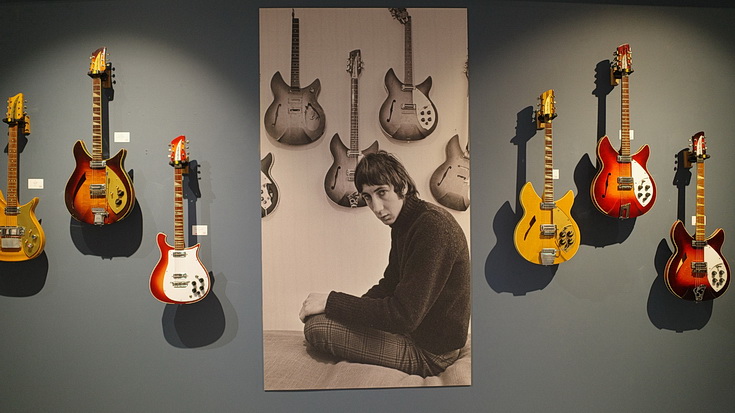 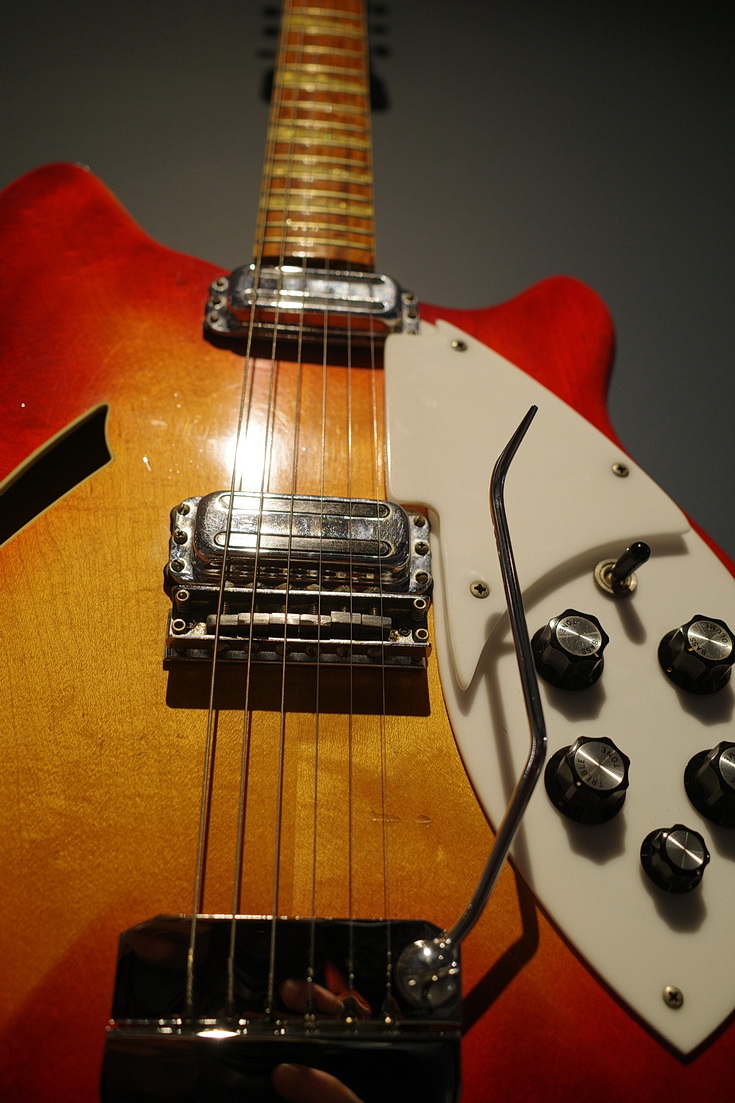 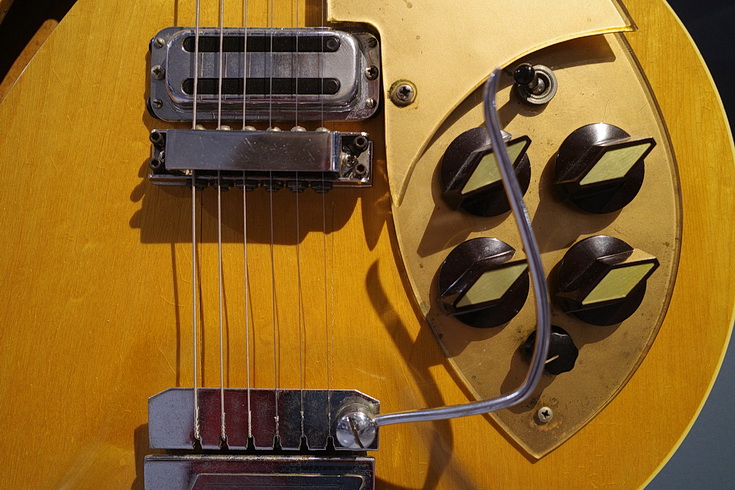 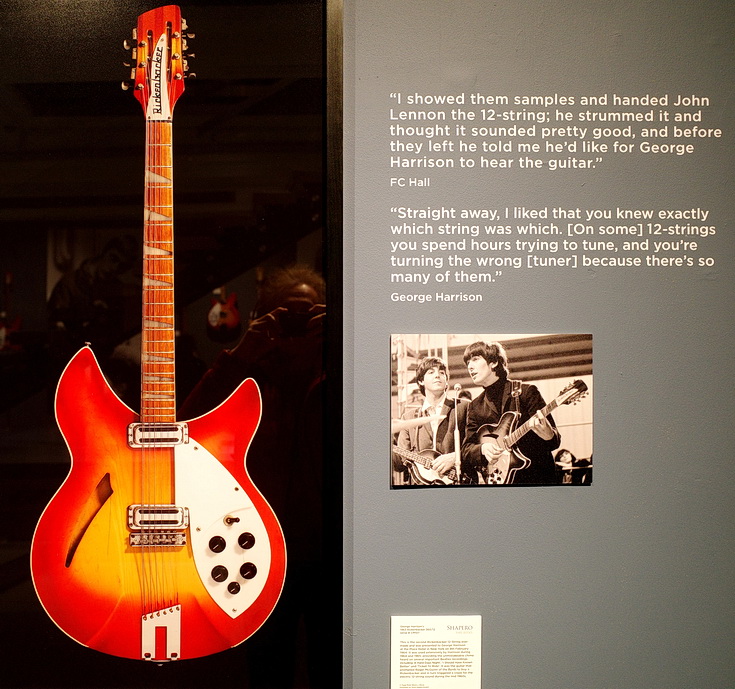 Sadly, the Beatles’ guitars are only prints. 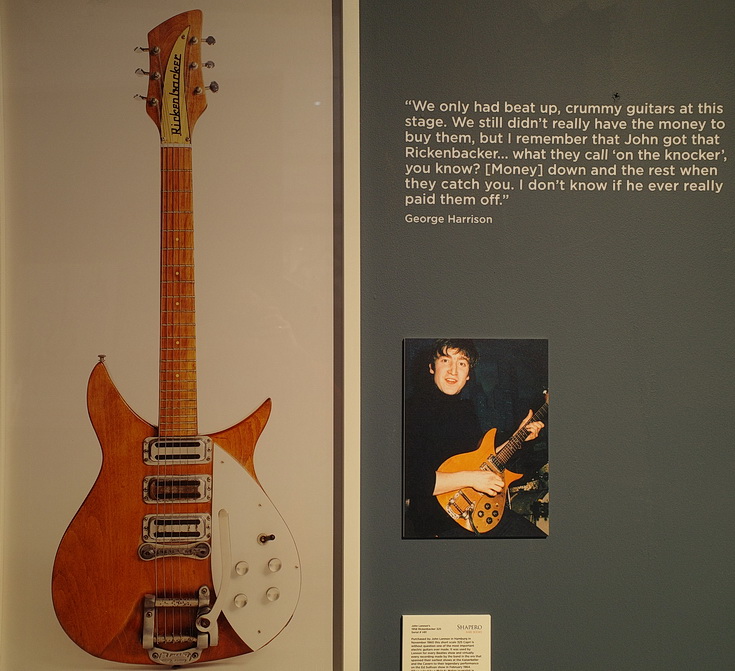 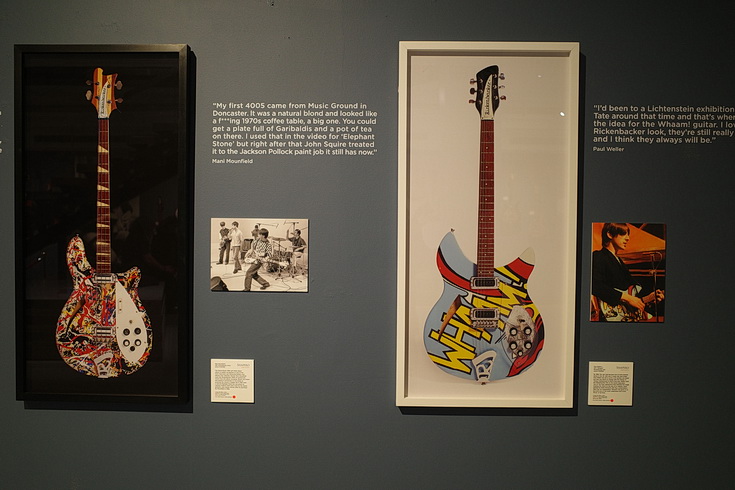 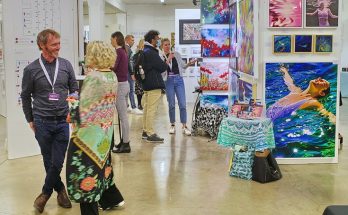