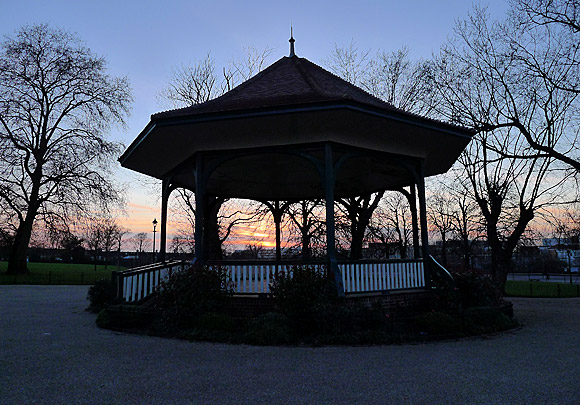 One of south London’s lesser known parks, Ruskin Park is situated between Camberwell, Brixton and Herne Hill (and right next to Denmark Hill station), and I took a lovely stroll through it on my way to the mayhem of the Millwall vs Cardiff City football game.

Laid out by Sexby

Named after the famous artist, writer and social campaigner, John Ruskin, who lived nearby from 1823 to 1871, the space was laid out by the busy parks designer Col. J.J. Sexby, Parks Superintendent for the London County Council, and officially opened to the public on 2 February 1907.

Three years later, the park was enlarged with the addition of 12 acres of land to the south, now used for football and informal exercise. 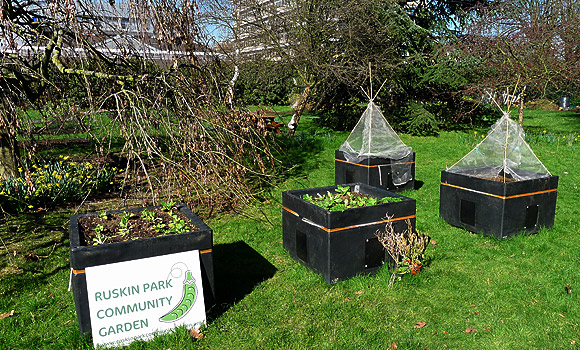 As well as ornamental and wildlife ponds and a diverse collection of ornamental and native trees, Ruskin Park offers locals and visitors a paddling pool, playground, one o’clock club, tennis courts and football pitch.

The wooden bandstand in the centre of the park dates from 1911 and enjoyed a  major restoration  in 2006. 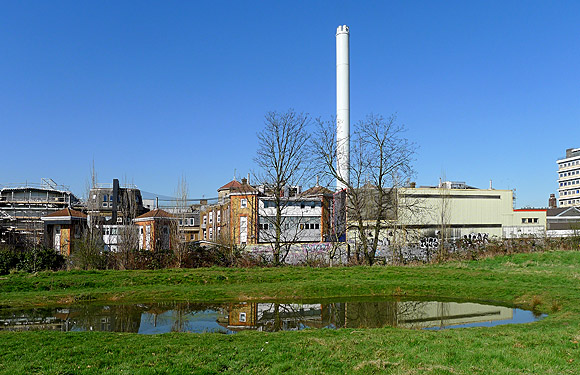 The wildlife pond with King’s College Hospital and Maudsley Hospital in the background. 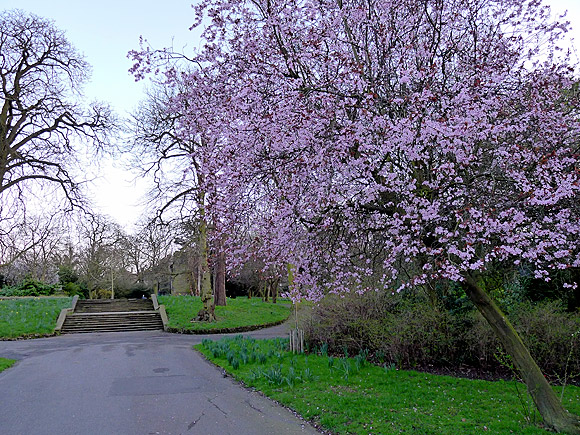 Cherry blossom in the park. 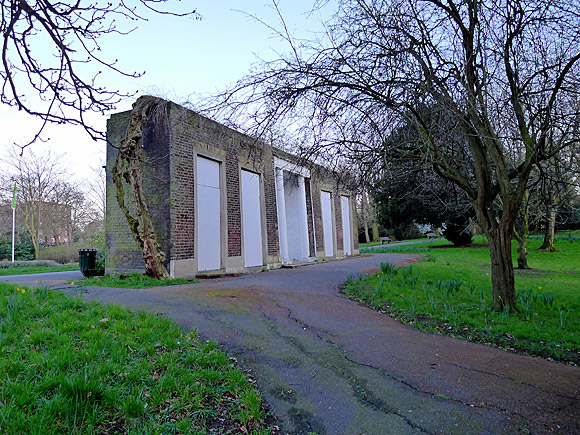 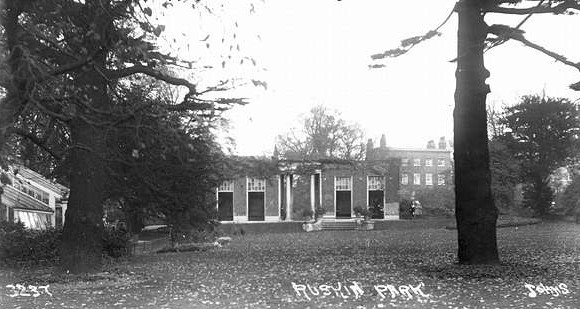 1912 view, shortly after the rest of the building had been demolished. Here’s how the ‘Survey of London: volume 26: Lambeth: Southern area‘ (1956) recalls the building and its neighbour:

Houses on Denmark Hill and Herne Hill now Demolished
No. 168 was a large detached house of late 18th century date, with a wide-fronted centre of three storeys and one-storey wings fronted by colonnades of three bays. The stock brick front was a balanced design in which paired windows flanked the central porch and an elaborated first-floor window, the windows generally being rectangular and without architraves, their heights proportioned to the three storeys. There was a continued sill-band to the first-floor windows and a crowning mutule cornice with a blocking course. The wide entrance porch had two pairs of slender columns, with water-leaf capitals, supporting a triglyphed entablature. Single columns of the same design were used for the wing colonnades where the entablature was surmounted by a balustrade. The middle first-floor window, set in a wide segmental-headed opening, was divided into three lights by attenuated columns supporting an entablature and a lunette adorned with an outer ring of fan ornament. The garden front, to which considerable additions had been made, was faced with stucco and adorned at ground-floor level by a long verandah of “Gothic” design.

No. 170 was nearly identical to No. 168. The columns of the porch, however, were more widely spaced and the doorway was arch-headed, while the entablature of the central first-floor window was replaced by a simple transom. The ground storey of the garden front projected from the body of the house, having at its centre a recessed portico.

Ink and wash drawing by John Chessell Buckler, dated 1827, showing the view looking east towards the garden front of No.168 Denmark Hill. The house was bought in 1906 by the LCC and demolished when Ruskin Park was created. 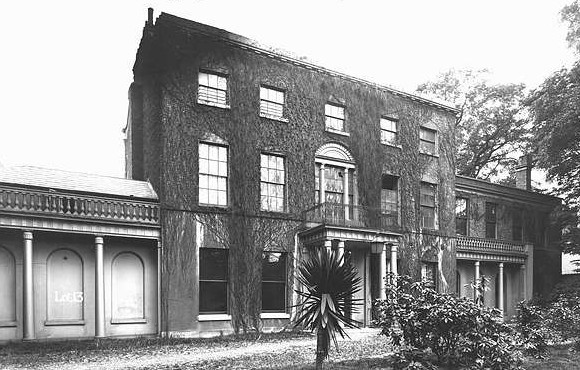 It looks delightful in this early Edwardian view, but the now-extended family home of Samuel Sanders at No.168 Denmark Hill would be demolished just a year later. 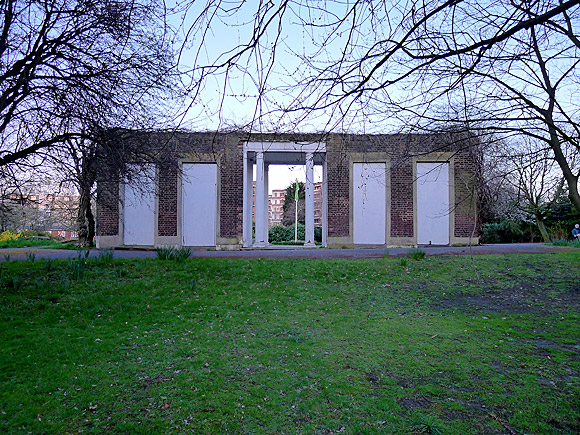 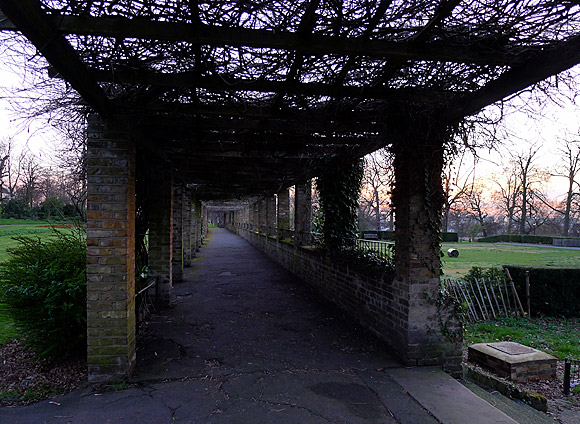 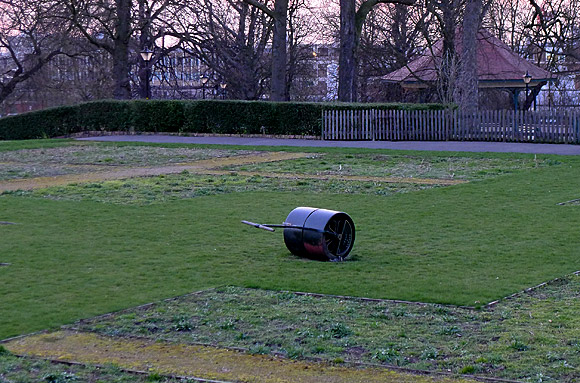 38 Comments on “Ruskin Park in the spring, south London”