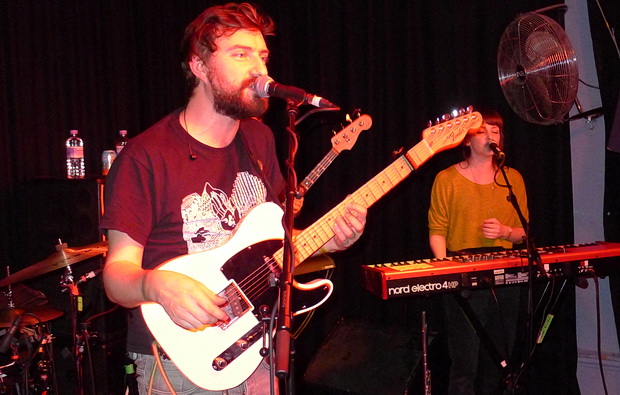 Formed in Glasgow in 2007, Admiral Fallow are another of those relatively obscure Scottish bands that I seem inexorably drawn to (see also: The Blue Nile/Doll By Doll etc), and a couple of weeks ago I hopped on a train to Brighton to see them perform live. 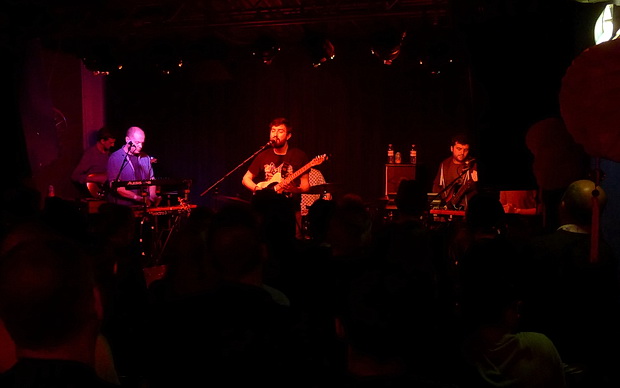 The band were playing the Prince Albert venue – the same place where I’d seen art-rockers Deaf School a few months previously – and it’s a great little gig, located upstairs in a popular boozer a short walk from the mainline station. 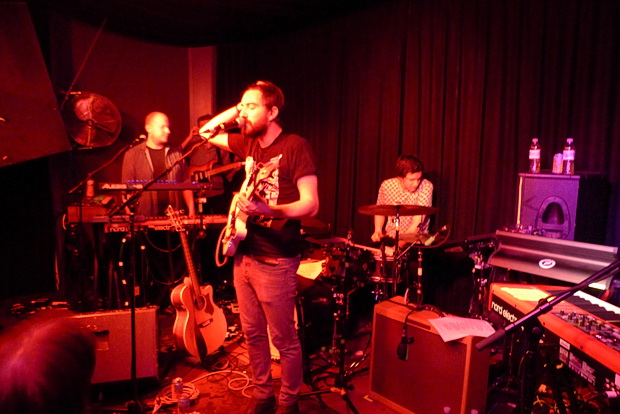 I’d randomly got into Admiral Fallow after coming across one of their tracks on Spotify, and the more I delved, the more I liked them (although, it has to be said, I like their albums in reverse order of release). 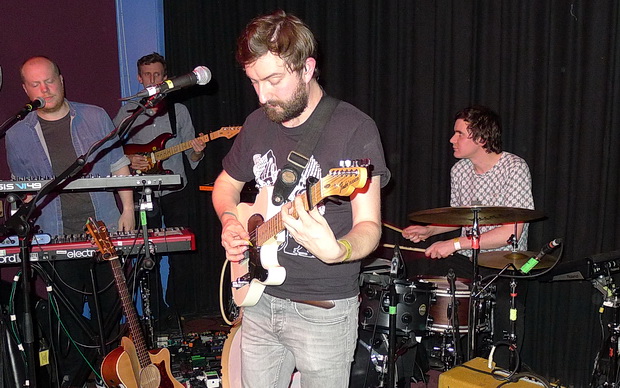 I’m rubbish at describing music, so I suggest you scroll down to listen to the two YouTube links further down the page. Perhaps labelling them as ‘indie-alt-folk-rock-pop with powerful, dark and often political lyrics’ probably might give you some idea. 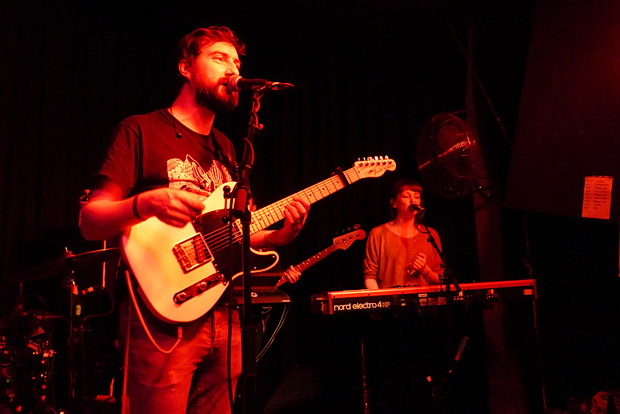 You’ll probably want me to add some band comparisons, so the best I can muster is to throw in early Snow Patrol with some Arcade Fire, Stars Of Sunday League, Del Amitri, The Delgados, the National and Frightened Rabbit. Not sure if that helps, mind. 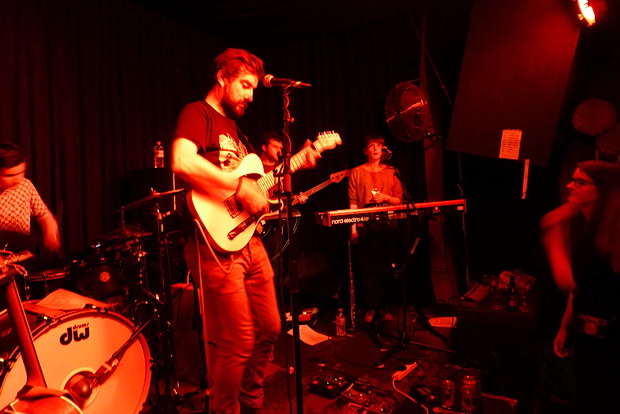 Anyhow, back to the gig. It was good.

It’s a small venue so the stage was pretty cramped, and unless you walked around to the side you wouldn’t spot multi-instrumentalist/singer, Sarah Hayes. 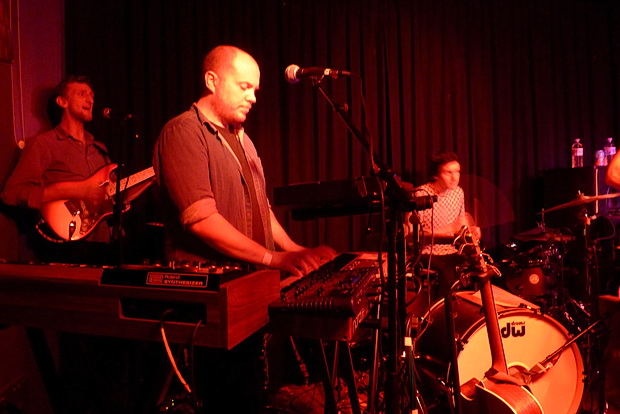 My favourite album, Boots Met My Face (2009), is their first, and is a starkly honest affair.

Lead singer and main writer Louis Abbott said “All of the songs document the first chapter of my life, be it memories from school or kicking a ball about with my childhood chums. All are taken from real life events. There’s no fiction. I’m not into making up stories or characters for the sake of trying to stir emotions. They are songs about friends and family as well as a fair bit of self-evaluation” [—] 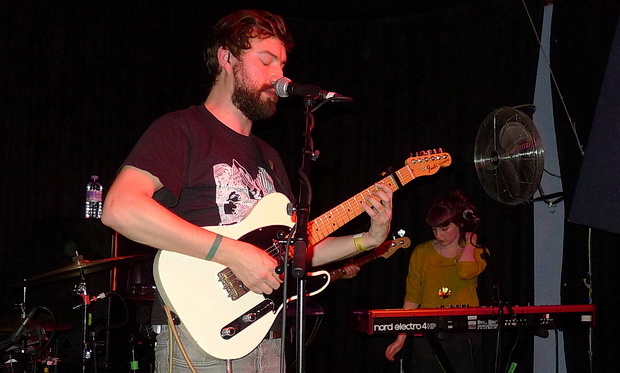 Their 2012 release, Tree Bursts In Snow, references the sound and the image of an artillery shell exploding into a cluster of snow-drenched trees, while this year’s Tiny Rewards album marked a shift in style, with more slow burning tracks. 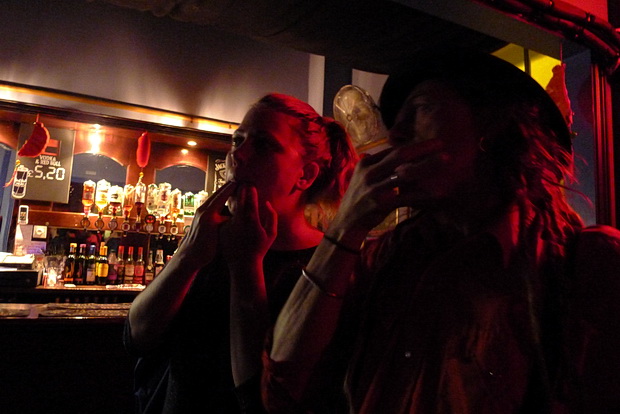 Showing our appreciation for the band. 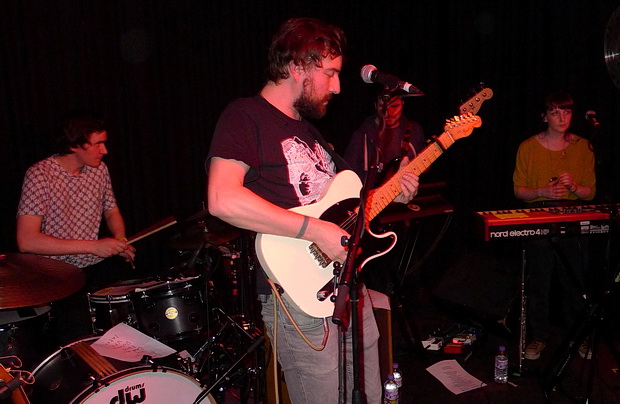 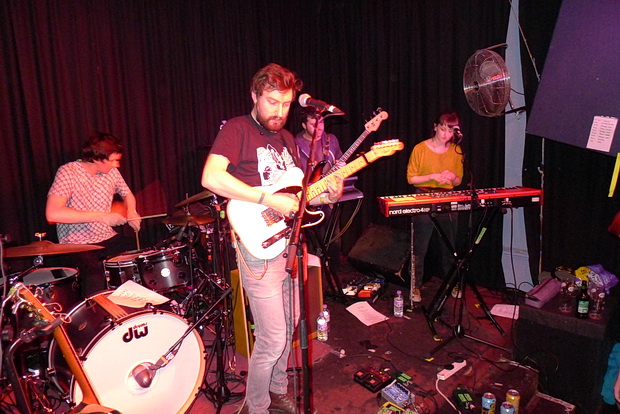