It took me ages to remember exactly where I’d seen this statue of what appears to be a meditating Buddhist philosopher. 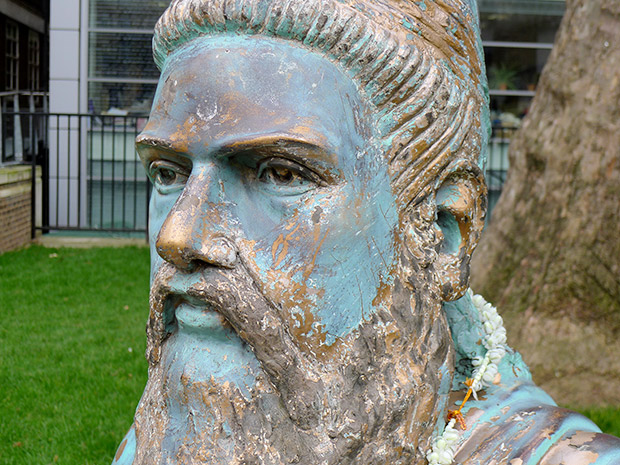 After much perusing of Google Maps, I finally worked out that the statue stands in front of the SOAS building by Russell Square, London WC1 – see the map location here. 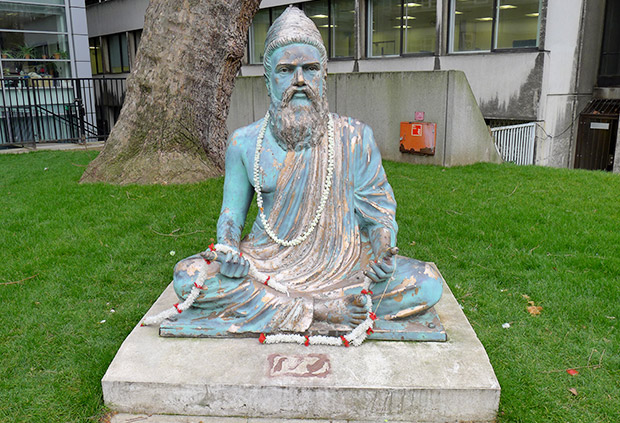 Working out who the bloke is has proved another formidable challenge because – as you can see – someone’s half-inched the plaque that used to be in front of it.

Update: thanks to the ever-informative urban75 forums, I’ve found out more about the statue – and learnt about its missing book!

The prestigious School of Oriental and African Studies of the University of London displays a statue of the ancient Tamil poet and philosopher Thiruva’l’luvar in its premises. The plaque noting him a Tamil scholar and the palm-leave book in his left hand are missing for some time.

The book disappeared first and now the legend.

In his right hand is a stylus used in writing on palm leaves in ancient times.

The statue was found slightly vandalized even in 2002 as revealed in an interview by Dr. Stuart Blackburn of the Department of the Languages and Cultures of South Asia at the SOAS.

In an interview that appeared in a publication ‘Voicing Folkore’ by M. D. Muthukumarasamy in 2002, Dr. Blackburn further said that the statue was sculpted in Tamil Nadu and was gifted by a former High Commissioner of India in London to the University. [TamilNet] 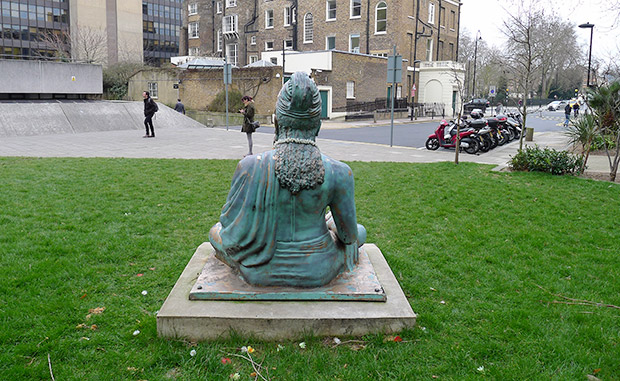 Thiruva’l’luvar  wrote/is reputed to have written the Tirukkuṛaḷ/Kurals which is one of the great Tamil works, which is said to date from 30BC. 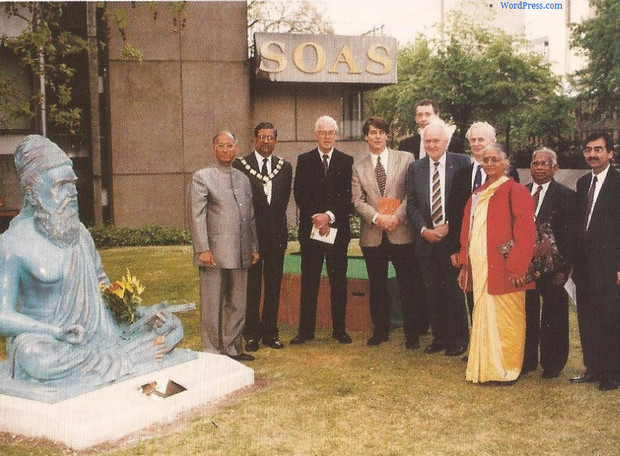 Photo taken when the statue was unveiled on the 13th May 1996 [source].

(Thanks also to Luke Massey for the Twitter update)