Based on an interesting discussion on festival security started up on the urban75 forums, here’s some useful information about your rights when attending a festival, and what to look out for if you’re trying to smuggle in substances. 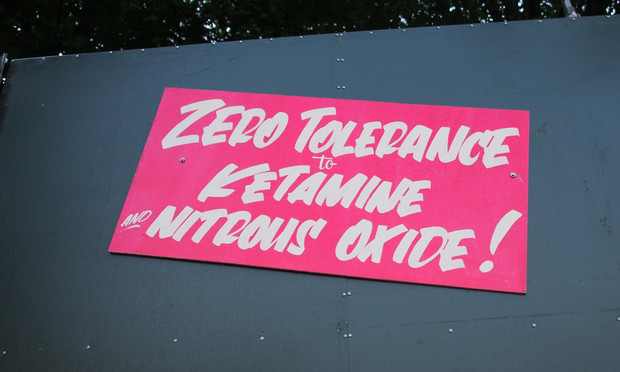 A posted called pesh made this point:

Obviously if the police are around then there may be problems attempting this but at the end of the day you do have the right to refuse to be searched by the door staff and just leave. 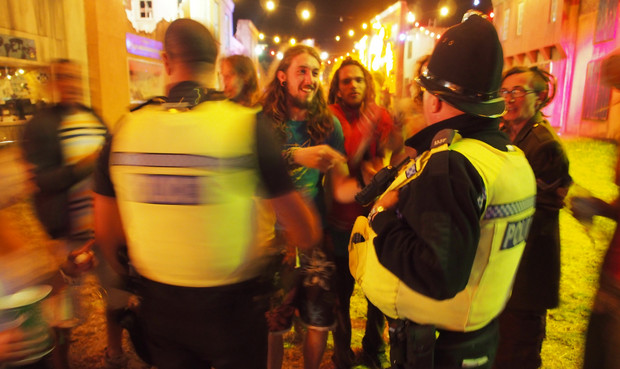 This prompted an in-depth and insightful response from TheInsider, who has 30 years experience in security at all sorts of events:

There is no legal right to an enforced search by the security staff – and actually they have no legal right to seize what you have unless they want to go the whole “arrest” route, which they won’t unless it’s mega!

They can just refuse entry, you can go back to the car. The police will NOT be interested if you take this route unless you look like Howard Marks or they know your face.

Just say you have stuff on you and you are taking it back to the car because you forgot it was there. Security should just let you walk away and only the superkeen will flag you to the police.

The dogs are rotated every 20 minutes, so you won’t tend to get “tired” ones – if they are there longer than that, their noses go “off” and they can’t reidentify. A bit of personal, nobody cares about.

Once you are in, you will notice the lack of determination to run around the camping areas chasing a whiff of weed. Main focus is pills and powders and this from a safety and licensing perspective.

As I said, I’m not police, never was, never will be (unless they change their recruiting policies and turn a huge blind eye to my mispent youth). I do, however, do a lot of work with security and welfare teams – and that’s the concern.

Youngsters being sold “coke” when it’s Ket. Cocktail drug taking from novices that end up in High Dependency Units or worse.

Those that use and have experience are not the issue – it’s the under 18s and the once a year people who end up trashing themselves or taking stuff they don’t understand. Always said I’d rather have an event of 10,000 stoners than 10,000 drunks.

Every year there are “new” ideas – but they aren’t new. One of the main targets is NOS this year (plus the worry about bad stuff that kills people every year, clearly – hanging yourself in a portaloo on a legal high is not the way you want to be remembered).

NOS is worrying not because it’s dangerous, but because it’s legal and untouchable – unless you are selling to under 18s who you know will abuse it. It’s also being sold as part of gang-related issues, but the guys are generally really quite nice and treat it like a business model.

I know some that made over £8k at Glasto for very little risk. IF security pick you up – just be nice. They are more inclined to be nice to you if you are nice back – if you are a dick, you will get that back in spades and they have the “power” to mess your weekend up.

Decent security give you the options of handing over and walking away – the bad security (less, now the Olympics badges have expired) will try to tie you up in bluff and legal bollocks. Feel free to video, but it generally just antagonises them – and they often have bodycams anyway which protect everyone.

I saw some horror posts before about security carrying out personal intimate searches – that’s a complete no. If you find yourself with security in your pants, report it. Unless you want them there of course. Clothing only, no skin and certainly no intimate areas.

Camping with security – possibly the most unsafe place to be judging by the testosterone fuelled punch ups that take place! Camp where possible near the bottom of an observation tower – and supply them with food and water.

They WILL be your friends – and they will not be bothered if you are producing strange smells or making weird “pssss” sounds overnight. Honestly. Different companies have different approaches too.

Those with badges – SIA. Those without – Stewards and unqualified.

Generally NMW, tired and fed up at being put on a location where they can’t see anything when they were told they would be on the stage with the bands… most are good guys.

Read the back of the hi viz too. Response are the “lumps” – they are the ones who will come after you at high speed and full of adrenaline, generally because you have been reported to them so that have no option but to take action (it’s all logged and recorded). Comply and don’t resist because they can be very keen…

Ultimately – it’s a festival. It’s not about nicking people (nobody wants to be writing statements and going to court). It’s about looking after people that need looking after. Seen too many “friends” run away from a casualty.

If they have taken something, tell security and medics – they are not interested in nicking you, they are interested in keeping people alive. Work with them. I have had many conversations in a green cloud with people over the last 30 years who think I am going to anally probe them because they smell of weed.

Seriously, have fun but look after each other and don’t die or end up with mass organ failure. Keep the idiots out and everyone else gets to have a lot more fun.

And no, I don’t do choreographed dancing to Lionel sodding Richie. I like my festivals small and chilled… 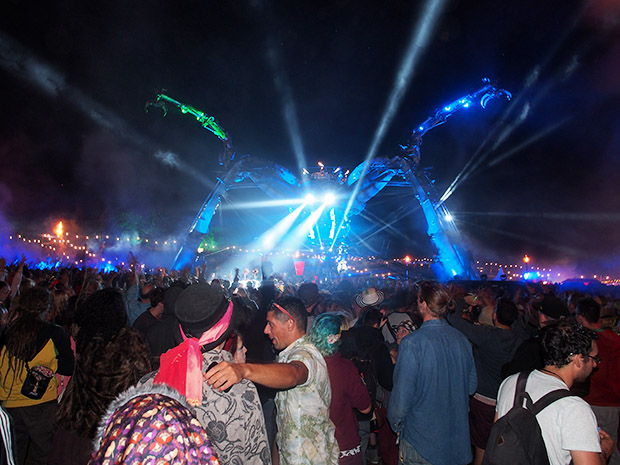 Join in with the discussion on the urban75 forums.
Read more about drugs and the law here
See our festival coverage here

External link: How to Fool A Sniffer Dog

*Disclaimer:  this guide is for information purposes only and does not condone illegal drug use. No sir.

Festival security, drug searches and your safety – an insider’s guide

The faces of Boomtown festival 2015 – photos