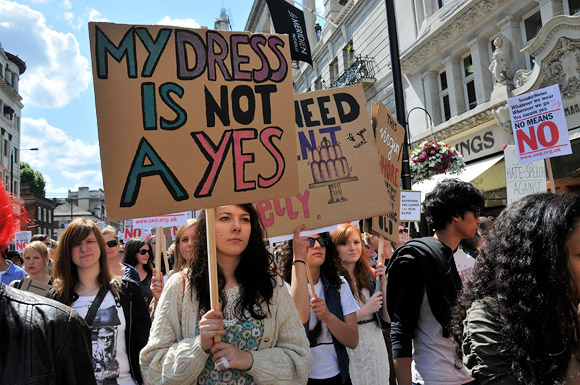 There can’t be many places on this planet that have so many great things going on for free, and yesterday London excelled itself.

My first stop was over to Piccadilly to join in with the well-attended Slutwalk [see photo report here], which set off in the early afternoon and marched to Trafalgar Square. 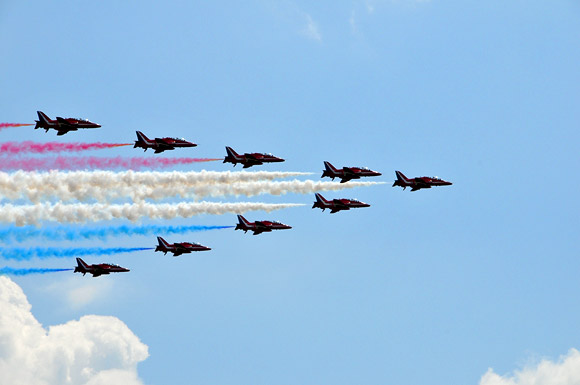 Just before the march set off, we saw this impressive flyover for the Queen’s birthday. 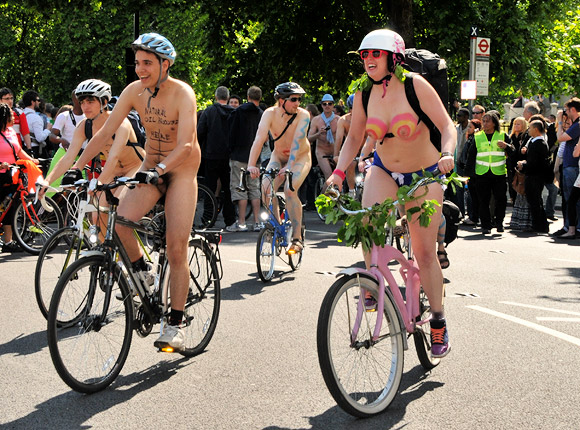 Back at Hyde Park, the Naked Bike Ride was setting off in glorious sunshine. The ride was hugely popular this year. 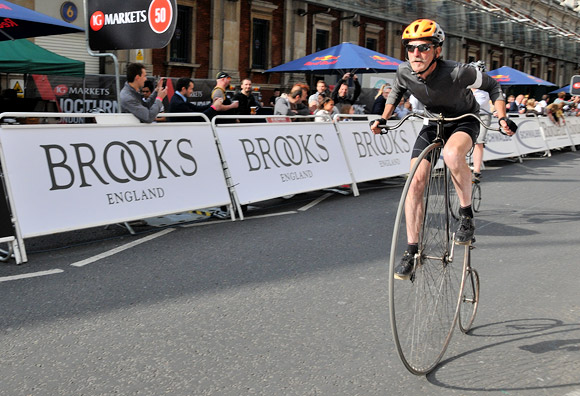 I then jumped back on my Barclays Bike and hurtled over to Smithfield to watch the amazing penny-farthing racing at the London Nocturne.

The last time penny-farthings were raced regularly in London was in the 1880s, so it was great to see them back in action.

Penny Farthing races in the heart of the city: London Nocturne 2011

Photos of the London Nocturne 2013 bike races in central London