Tasked with “bringing together the cosmically curious and culturally quirky space community for a social mix of art–space programmes,” the KOSMICA session at the South Bank last week proved to be a fascinating experience – and I got to smell the Moon! 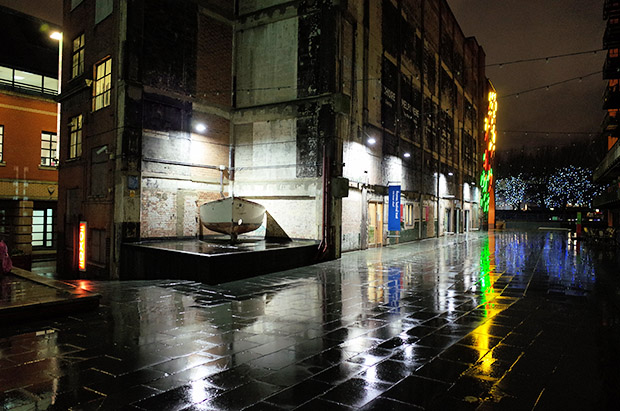 The event took place in the Bargehouse in the Oxo Tower Wharf as part of the Republic of the Moon exhibition programme. 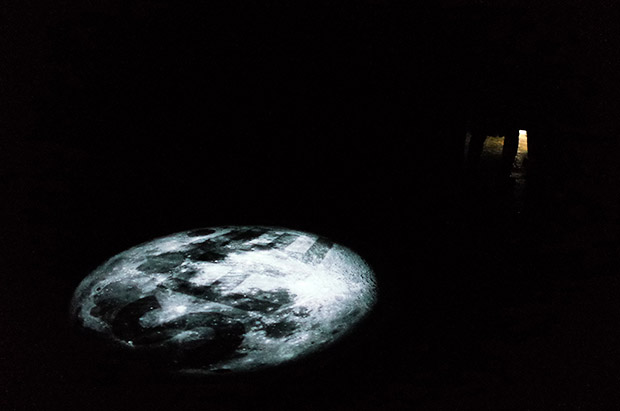 Liliane Lijn’s moonmeme explored the repeating cycle of the Moon’s phases, projecting the word ‘SHE’, on to a real-time animation of the Moon. 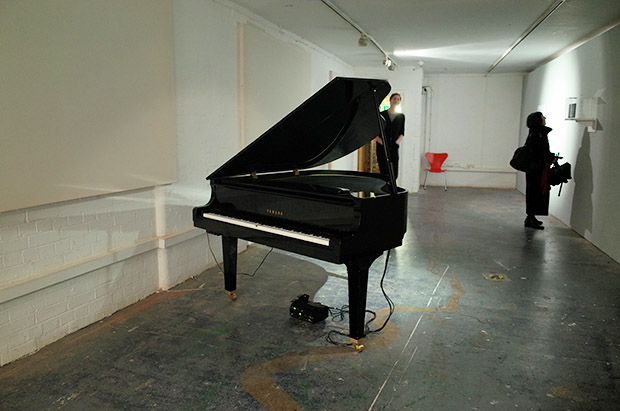 Katie Paterson Earth–Moon–Earth (Moonlight Sonata Reflected from the Surface of the Moon) used a form of radio transmission to beam Beethoven’s Moonlight Sonata onto the moon in Morse code.

The signal was then reflected back to earth from the surface of the Moon, but because some of the data was absorbed in its shadows and ‘lost’ in its craters, only a fragmented score returned.

The automated piano played back the new score, with gaps and absences becoming intervals and rests. 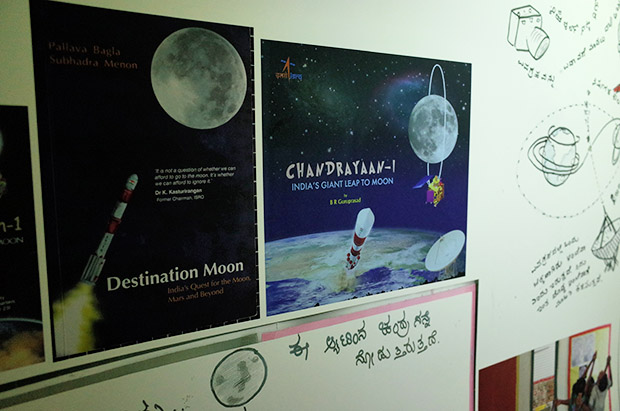 Artwork from a project devised by the students at Srishti School of Arts, Bangalore, India, with artist Joanna Griffin 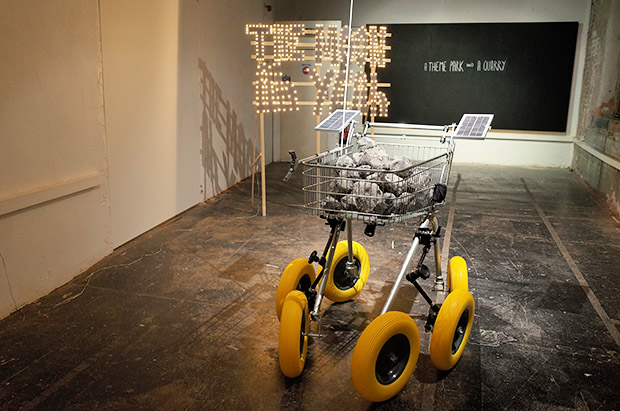 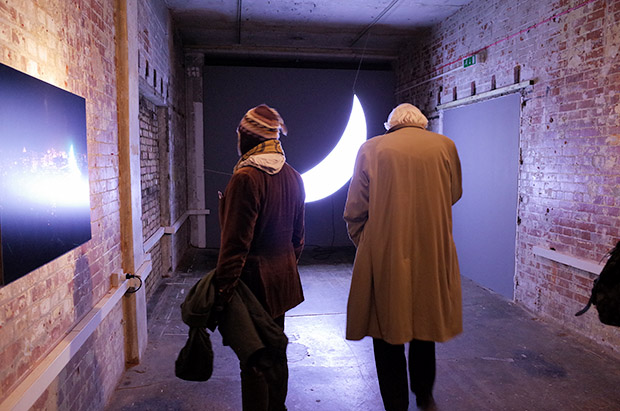 I really liked Leonid Tishkov’s Private Moon which featured an illuminated physical ‘private Moon’ and photos of its journey across dramatic locations around the world. 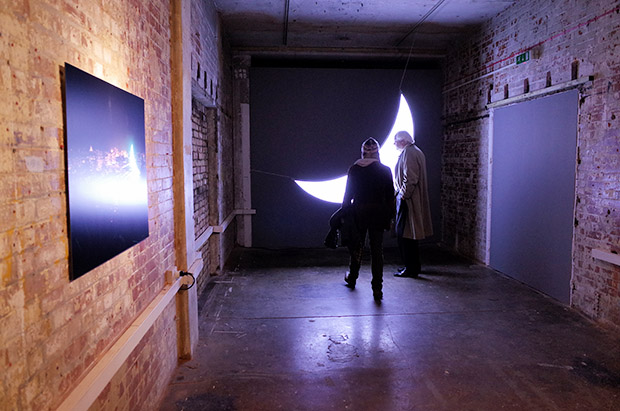 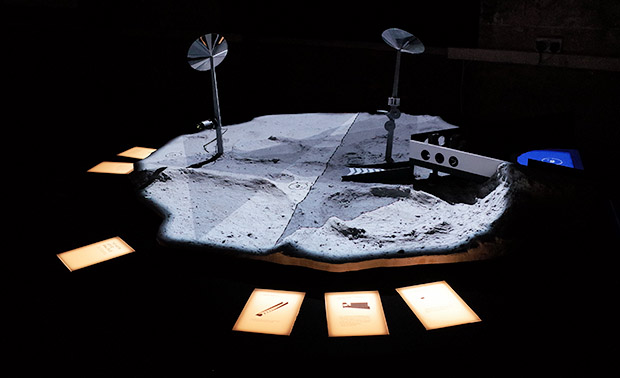 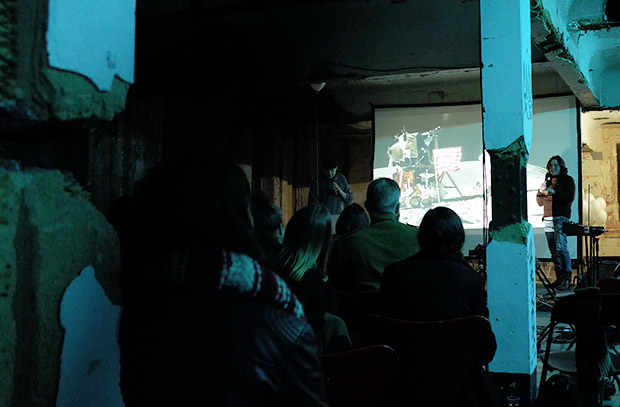 The Full Moon party was a one-off event above the main exhibition and featured talks by Tomas Saraceno, WE COLONISED THE MOON, Kevin Fong, Jill Stuart, Dr Lucie Green and a live music performance.

Saraceno‘s chaotic talk and slide show was wonderfully eccentric, funny and engaging, and centred around his ideas for cities built in the air. 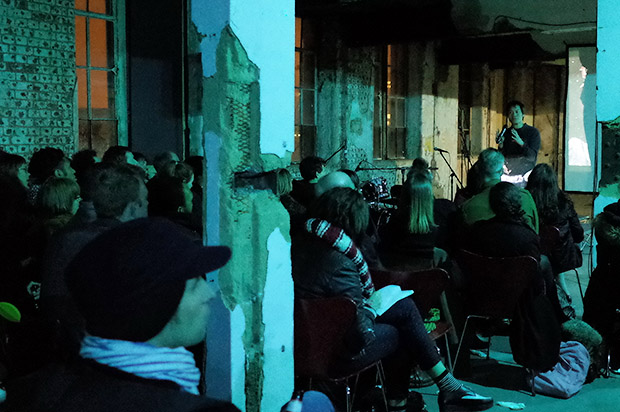 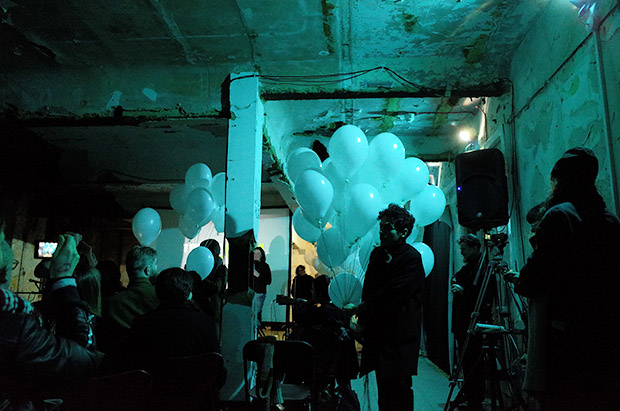 Collectively known as ‘We Colonised the Moon,’ Sue Corke and Hagen Betzwieser presented ‘the largest Moon smelling session ever done on our planet.’

Based on the descriptions of the smell of Moon dust by Apollo 16 astronaut Charlie Duke, the balloons were filled with the scent, and we were invited to prick the balloons on cue. 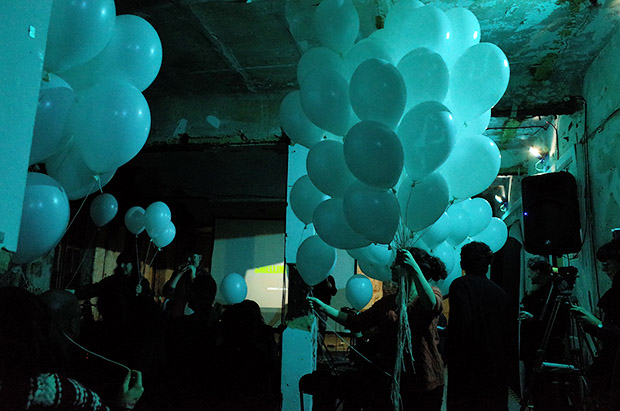 The smell was certainly over-powering – it was kind of sweet and metallic – and it lingered for several hours later.

This afforded me the opportunity to appear positively unhinged in the pub later as I invited people to “Smell The Moon on my hair.” 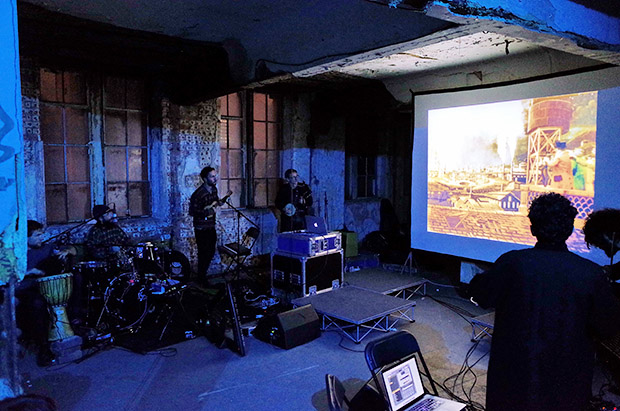 Rounding off the night was a short live set by Orchestra Elastique, who performed a soundtrack to Georges Méliès’  1902 seminal silent film, “A trip to the Moon” (see still below). 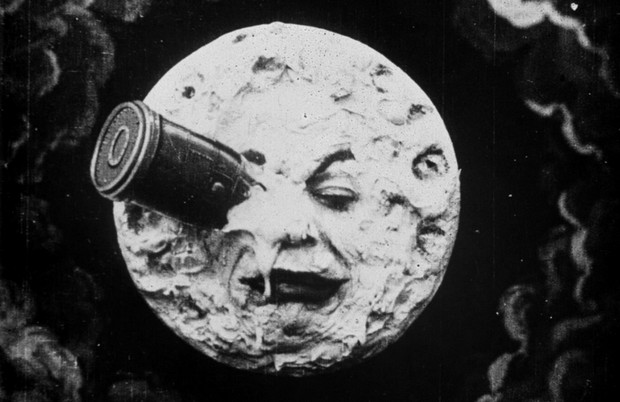 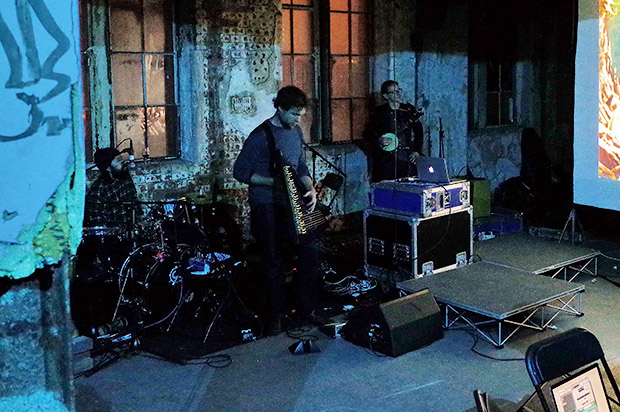