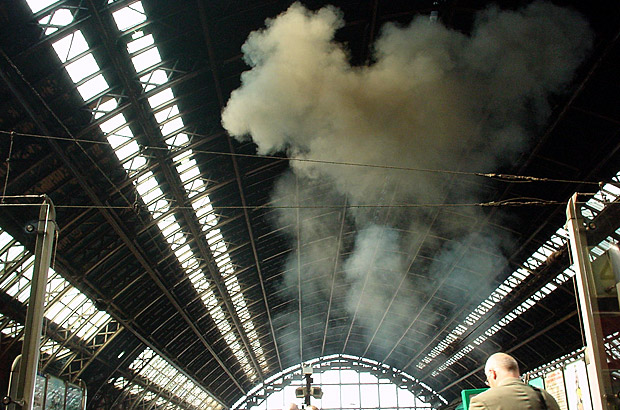 It’s now been renovated, refurbished, given a big posh polish and pushed upmarket, but back in 2001, St Pancras railway station was a different place. 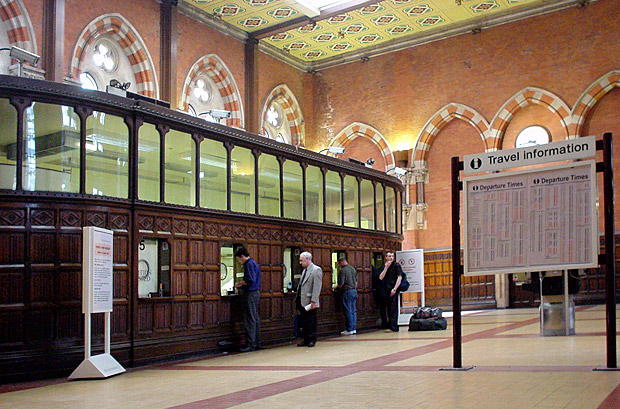 When I visited in May 2001, the glorious original wood panelled booking office was still in use. Shame about the modern BR signage though. 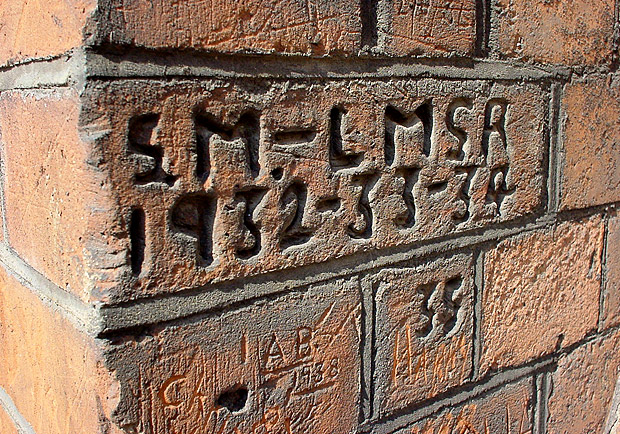 Carved into the exterior wall of the station was this seventy year old graffiti, presumably inscribed by a visiting London Midland and Scottish Railway (LMS&R) employee who was there in 1932, 1933, 1934 and 1935. I’m guessing the ‘SM’ part could mean signalman. 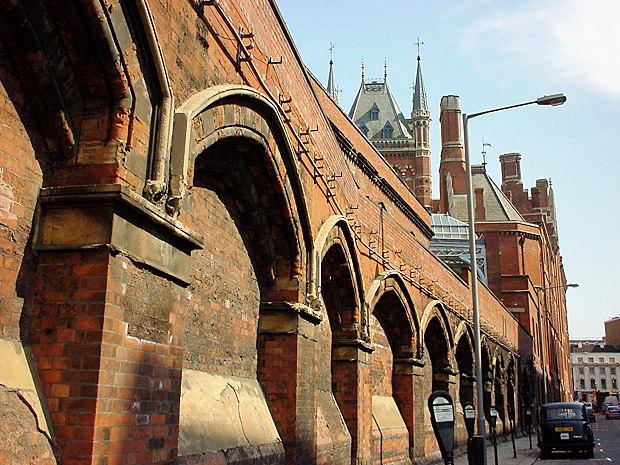 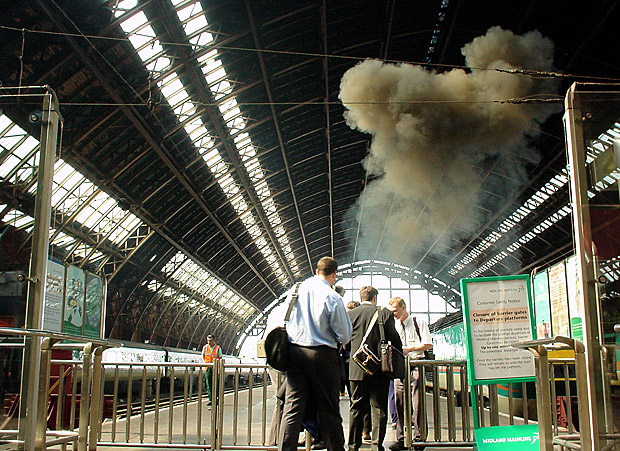 A diesel train lets off a thick plume of smoke before departing for the north. 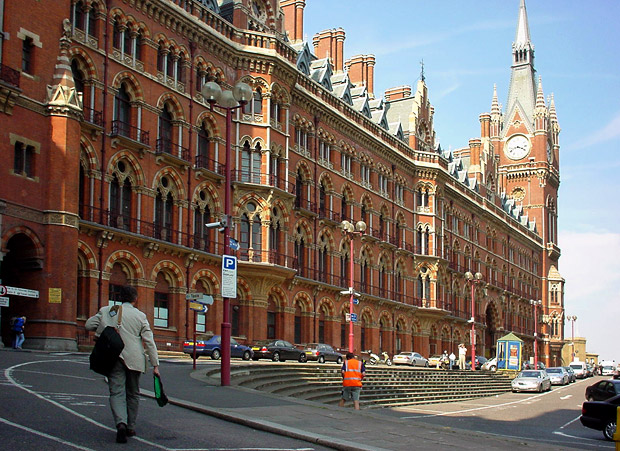 The station remains a marvel of Victorian Gothic architecture.