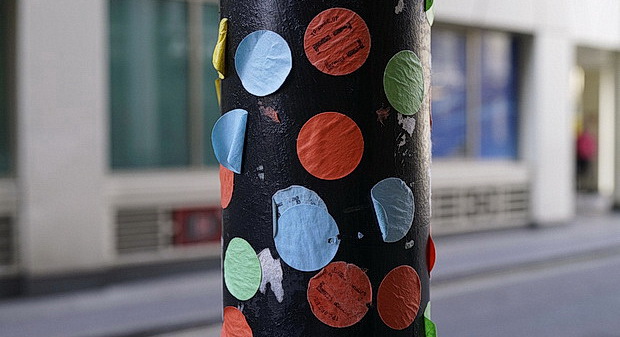 I’ve been wandering around central London a bit of late and, as usual, have been photographing anything that catches my eye. Here’s a fresh selection of 24 photos which I hope will, at least, provide a pleasant few moment’s distraction. 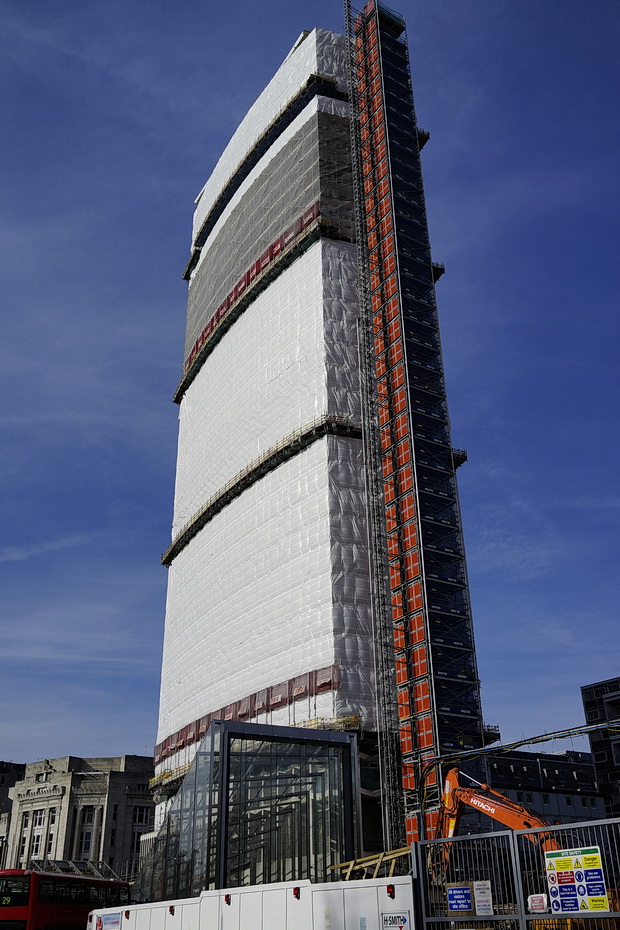 Speculatively built by property tycoon Harry Hyams between 1963 and 1966, the building was controversially kept empty for many years, and became a focus for protest against what some saw as the greed of profit-driven developers.

Despite his vast fortune, Old Harry was a sensitive old soul and once dispatched his heavyweight lawyers after me because he didn’t like the way that I’d documented his story on this site.

He may have been able to bully me into changing the text but his reach didn’t extend to the contemporary article in Time Magazine, upon which I’d based the text:

Of the hundreds of office blocks that have shot up in postwar London, few are as tall, as eye-catching or as potentially profitable as Harry Hyams’ Centre Point. Or as empty. In the seven years since the 34-story building was completed on St. Giles Circus at the end of bustling Oxford Street, it has not acquired a single tenant.

Many Londoners have charged that Hyams is purposely keeping it unoccupied to cash in later on runaway rent rises.

In his obituary, The Guardian noted his penchant for firing off legal threats:

…it remained empty for the next 16 years, and Hyams was accused of purposely keeping the building empty, as the growth in its capital value was higher than the lost rent. He denied this accusation at every turn, using the lawyer Arnold (later Lord) Goodman to fire off letters and threats of legal action at anyone who suggested the vacancy was deliberate.

The block is now being converted into exclusive high-quality apartments for the impossibly rich. 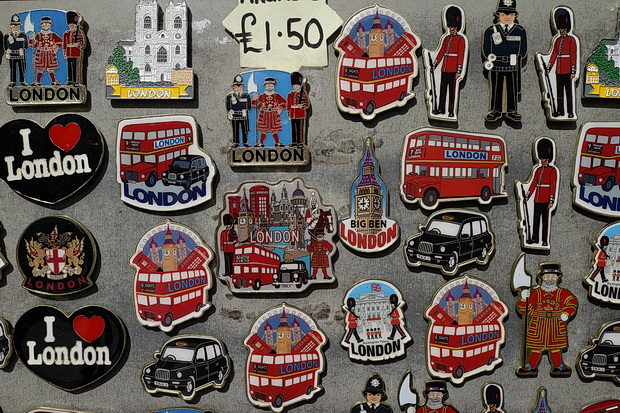 Back to the photos, here’s some of the tourist tack to be found on Oxford Street. 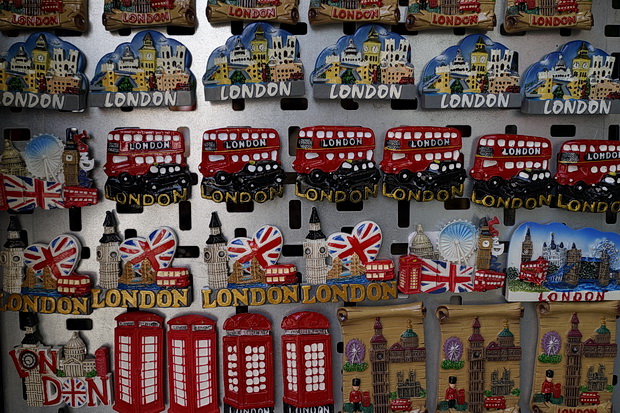 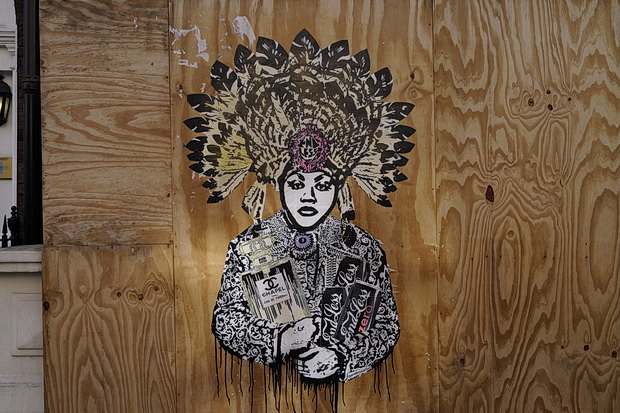 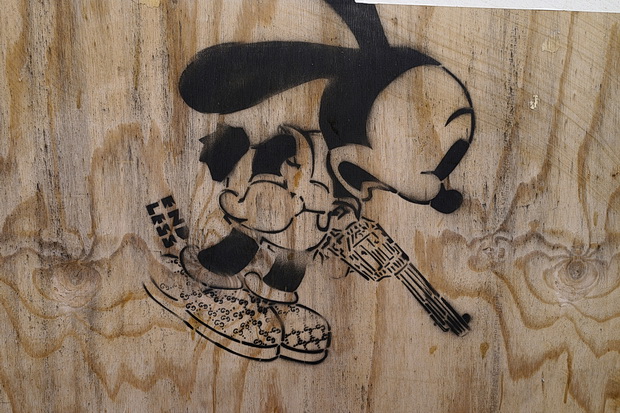 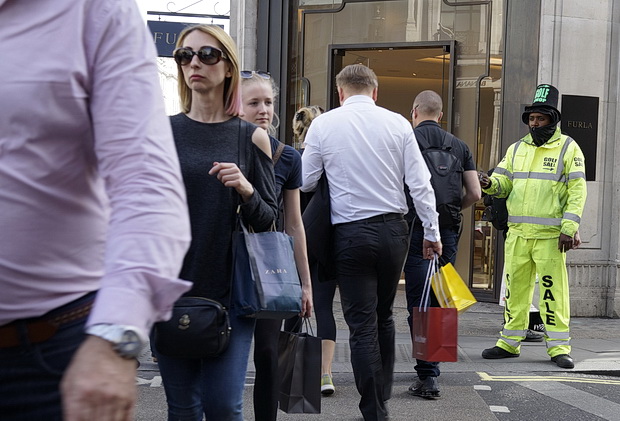 I felt sorry for this bloke on Regent Street dressed up a cross between a road worker and an oversized  lime-green leprechaun. I can relate to the misery of such jobs well as I once had a job where I had to dress up as a gorilla and hand out leaflets at 7am.

Up until 2008, these hapless leaflet-shunters  would often be seen carrying large signs, sandwich boards or bizarre outfits, but Westminster council banned them in 2008.

Read more here: Human billboards on the streets of London. 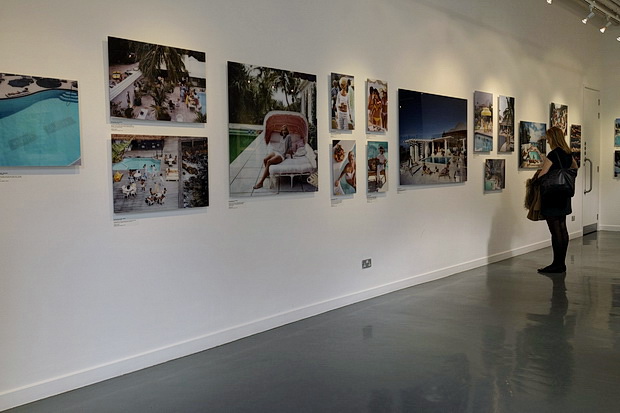 Located close to Oxford Circus, the Getty Gallery is always worth a visit. 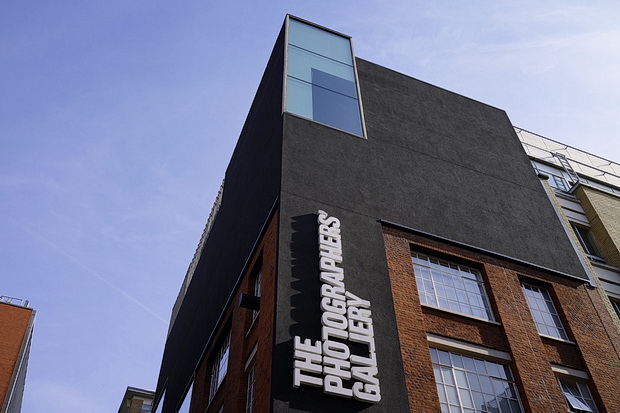 A short walk away is the Photographers’ Gallery. 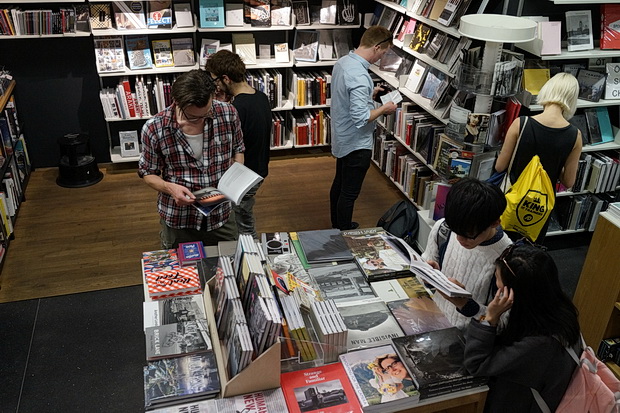 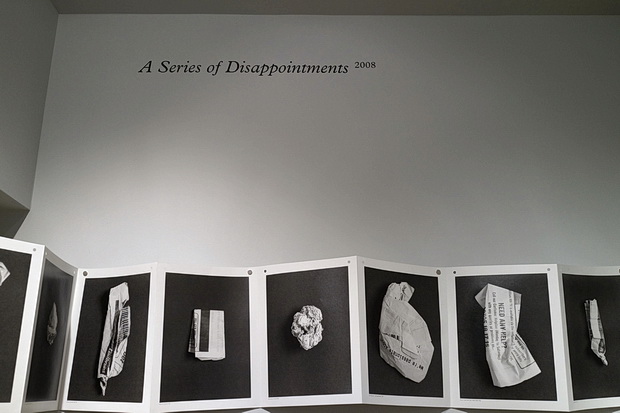 I loved this small piece of work, showing a collection of crumpled up betting slips. 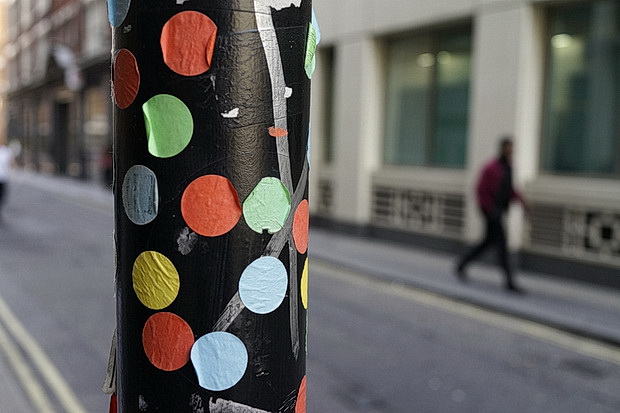 Exhibition stickers on the lamp post outside the gallery. 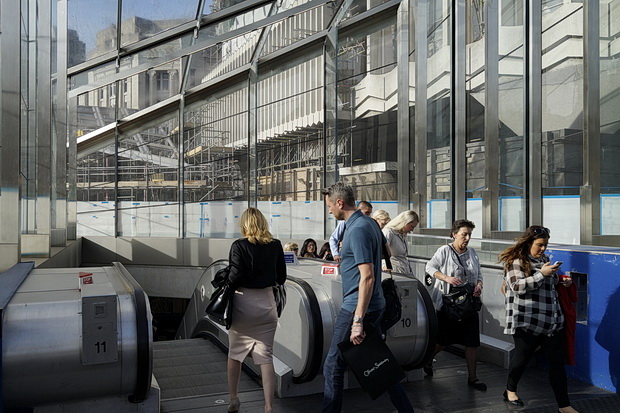 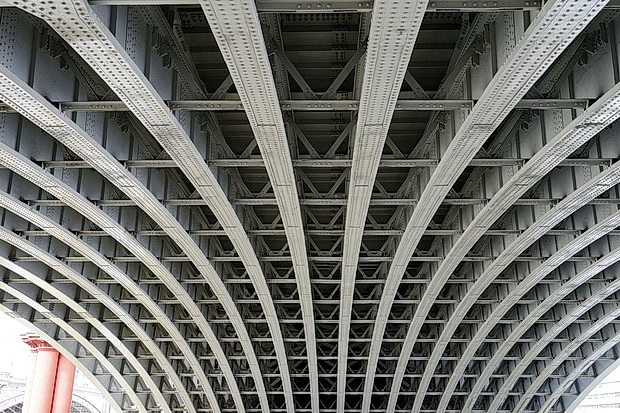 Bridge over the Thames, South Bank. 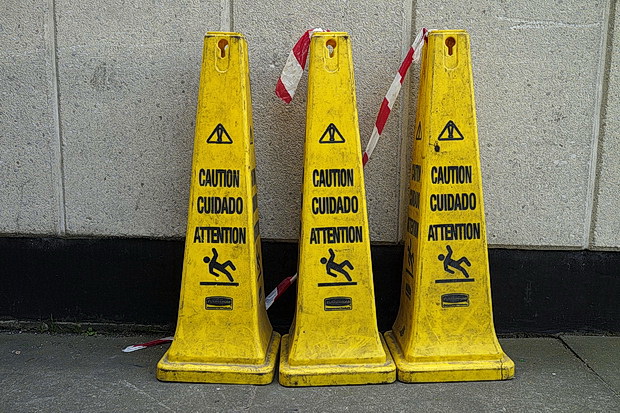 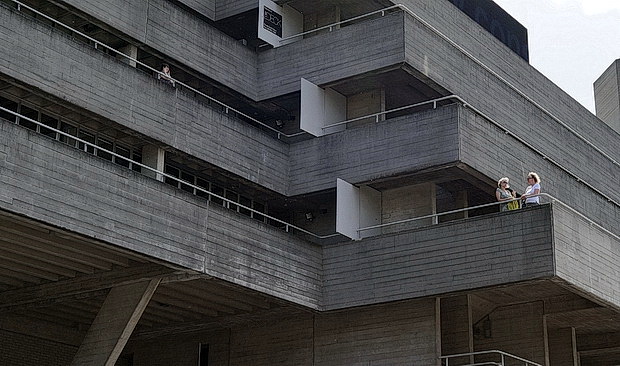 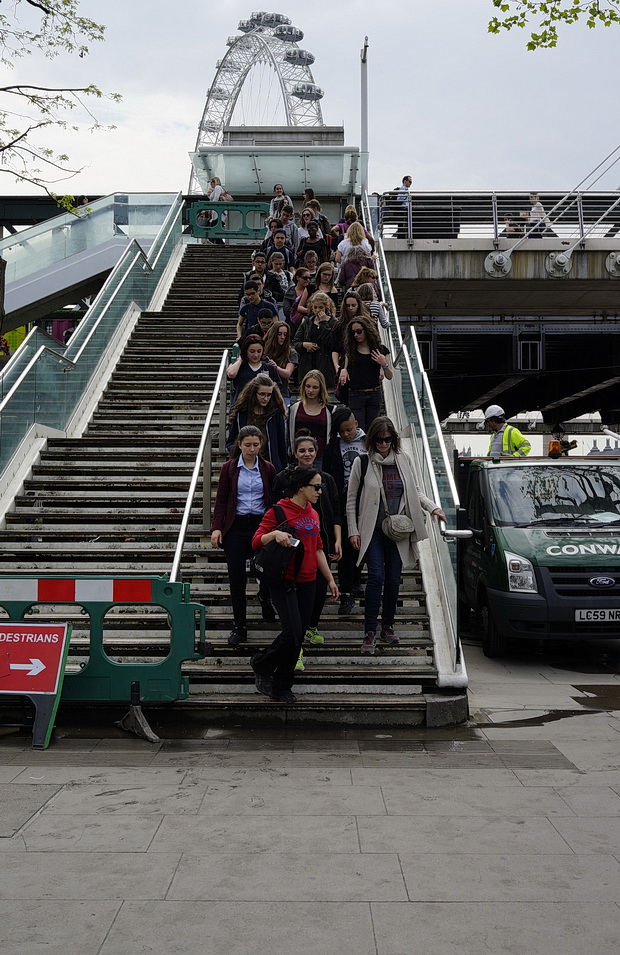 Everyone coming down together, Hungerford Bridge. 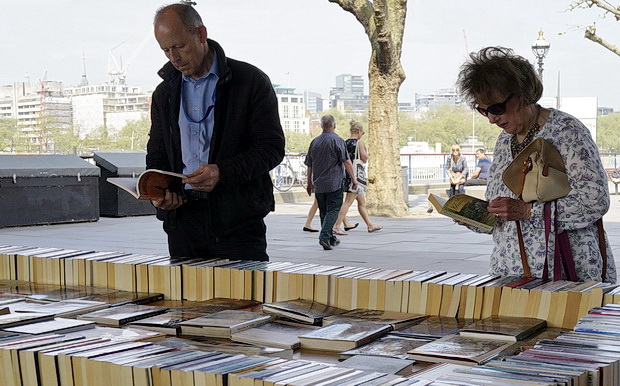 One of the only outdoor second-hand and antique book markets in southern England, it’s open daily in all weathers. 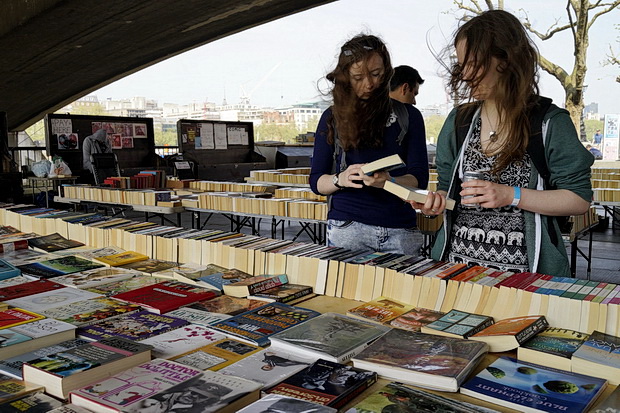 It can get quite windy under the bridge. 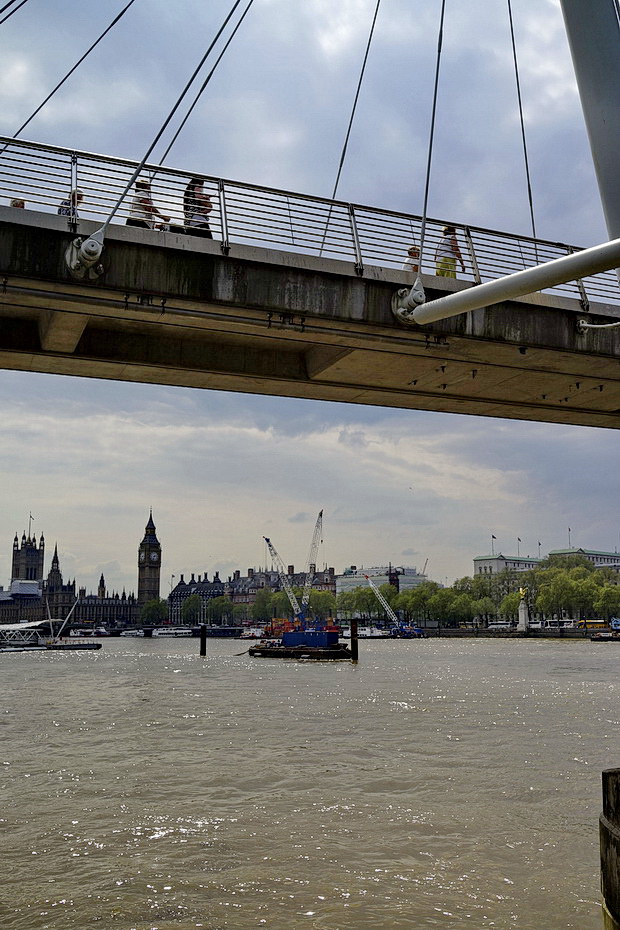 Hungerford Bridge with the Houses of Parliament in the distance. 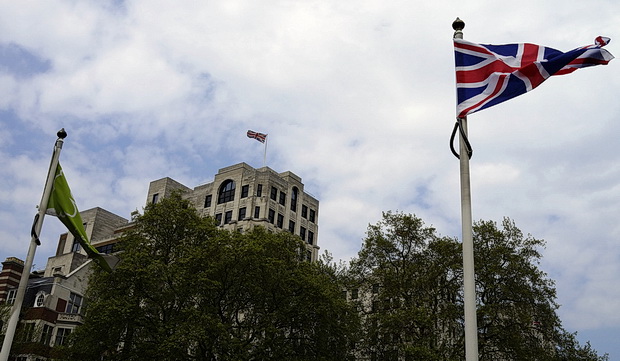 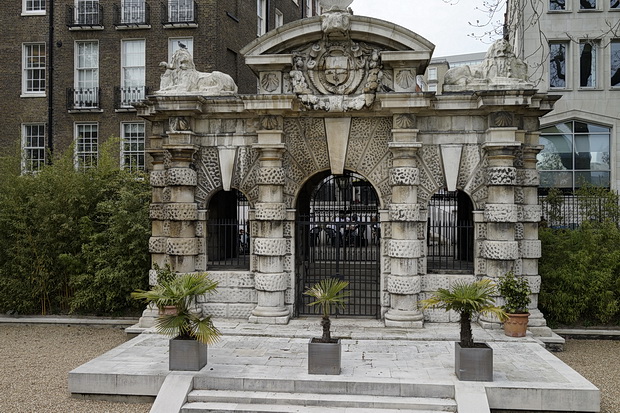 Now marooned some 150 yards from the River Thames it once served, the York Watergate was built in 1626 for George Villiers, first Duke of Buckingham.

The gate served as the primary exit from the gardens belonging to the nearby York House, one of a number of mansions along the south side of The Strand (The Strand means ‘shore of the river’ and is a pre-Roman track).

With the construction of the Thames Embankment in 1864-70 by Sir Joseph Bazalgette, the gate ended up landlocked and after proposals to move it to the river front failed, the original steps were removed.  See more photos here. 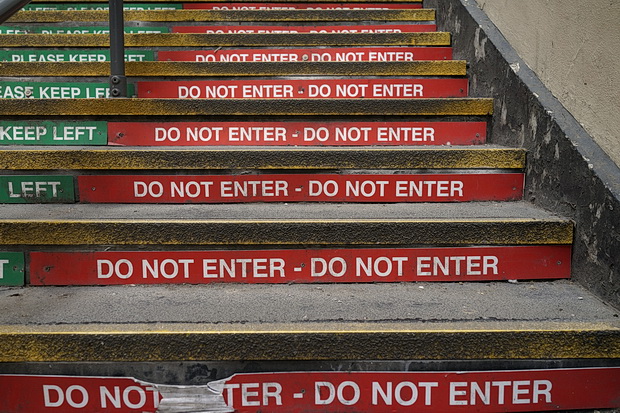 Yes, I walked up these steps. Fight the power! 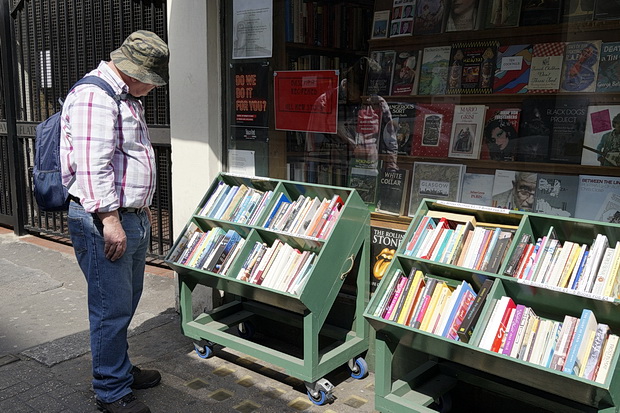 Once famous for its bookshops, only a handful now remain on Charing Cross Road.

More London photos – join in with the London chat here.

A beautiful big Moon over the River Thames – in photos