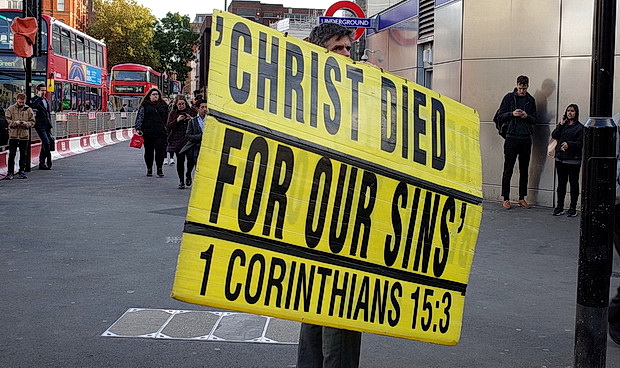 Here’s a series of photos snapped during a recent walk around Soho. All the photos were taken on a battered three-year old Ricoh GR compact camera. 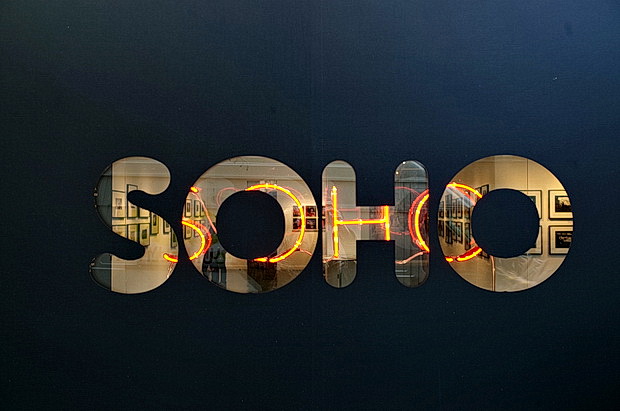 First stop was at the Getty Gallery near Oxford Circus where there is a wonderful exhibition of photographs showing how Soho has changed in the last hundred years or so.

Delving into the murky depths of Soho’s past, the viewer is taken on a fascinating tour down narrow streets and pavements bustling with nightlife. We take furtive glances into basement clubs, corner cafes and tiny shops where we meet the diverse faces who helped establish Soho as one of London’s best-loved villages. The exhibition illustrates the importance of preserving the area’s rich architectural and cultural history into the future. [—] 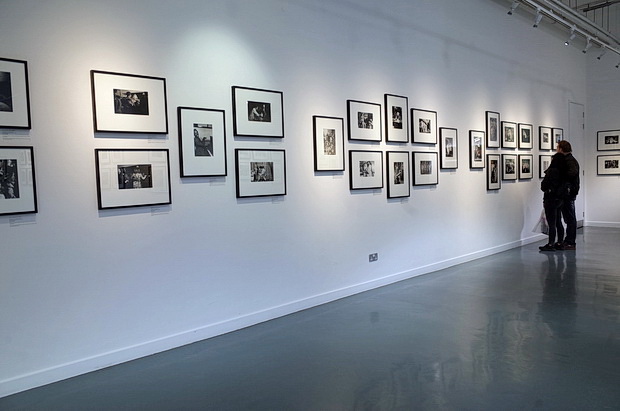 I’ve always liked this gallery: compared to the often packed nearby Photographers’ Gallery, there’s loads more space and time to absorb the work, and over the years they’ve shown some magnificent collections. 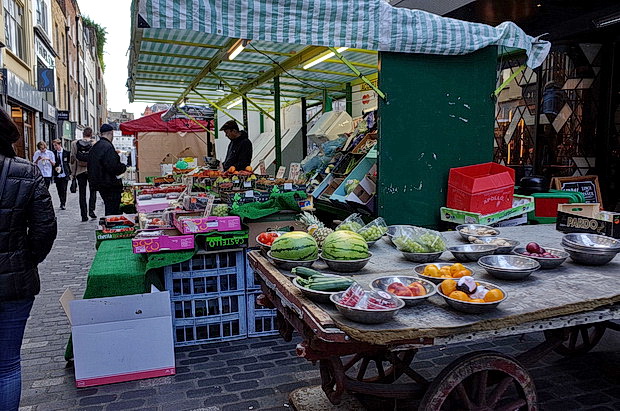 Once the bustling heart of Soho, Berwick Street market is a much more modest affair these days,. 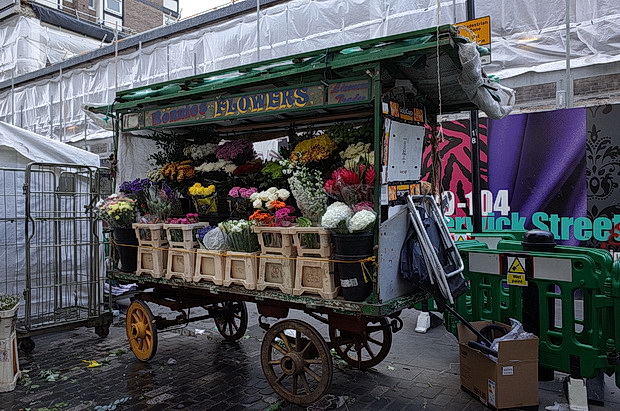 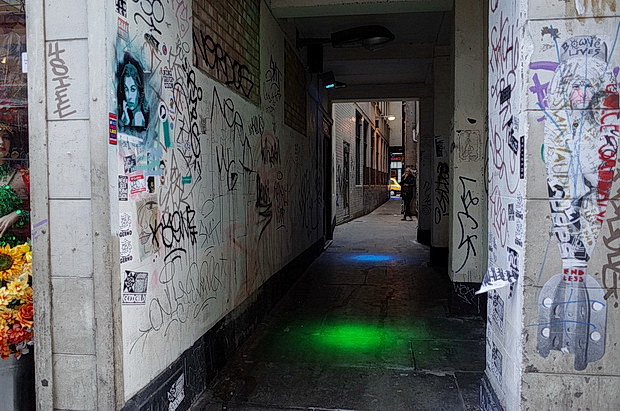 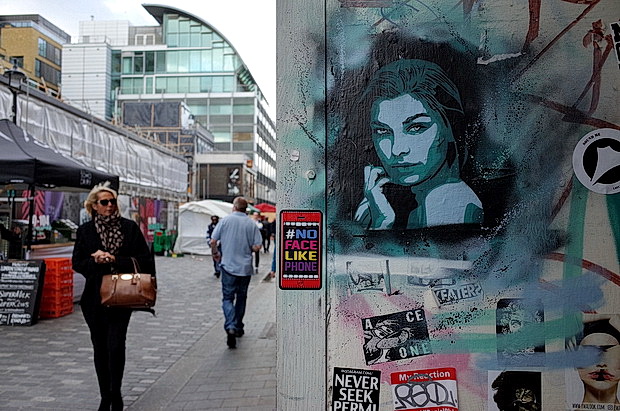 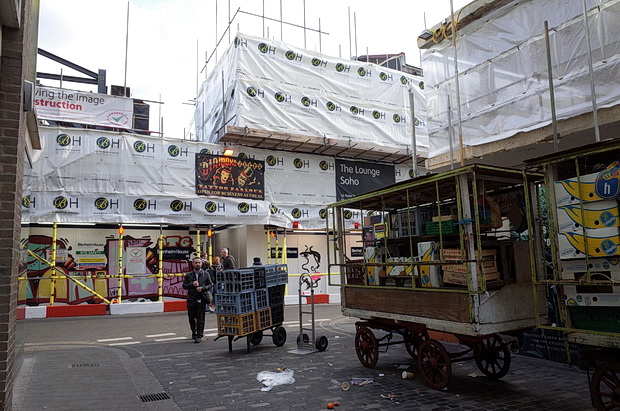 This was once one of Soho’s sleaziest and most notorious areas. 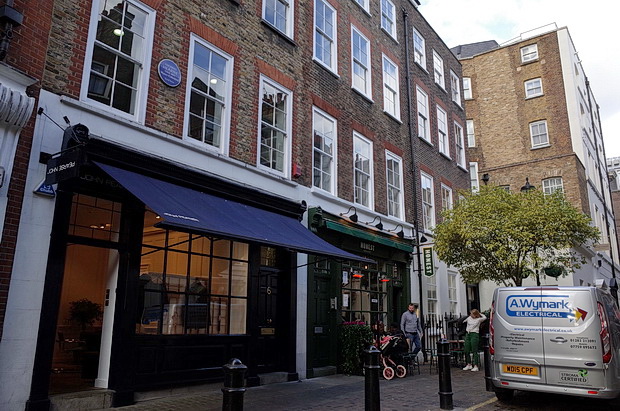 In nearby Meard Street, prostitutes used to tout for custom from the upper windows and often exchange jokes with patrons from the adjacent Gossips nightclub. 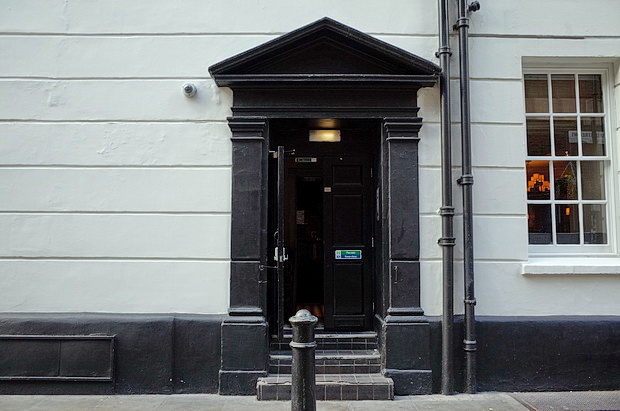 Former entrance to Gossips. Some of my photographs from this legendary goth/blues/reggae club recently appeared in an exhibition at the Photographers’ Gallery.  See some of them here. 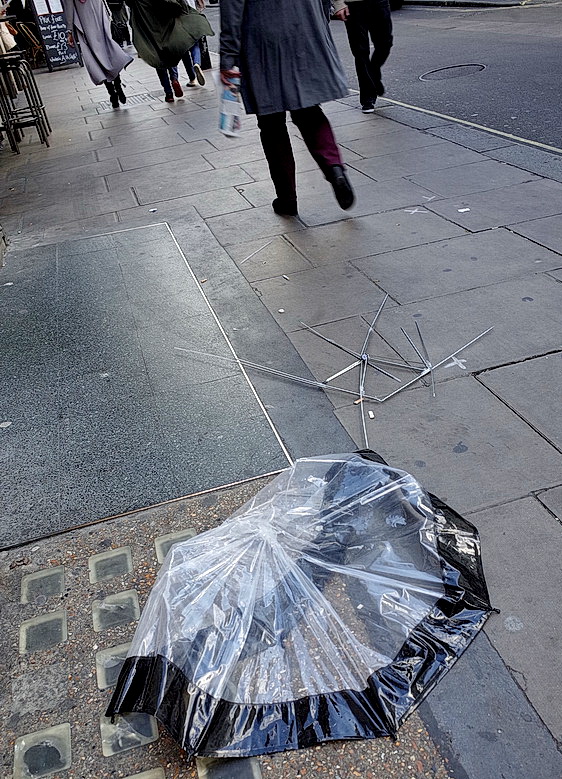 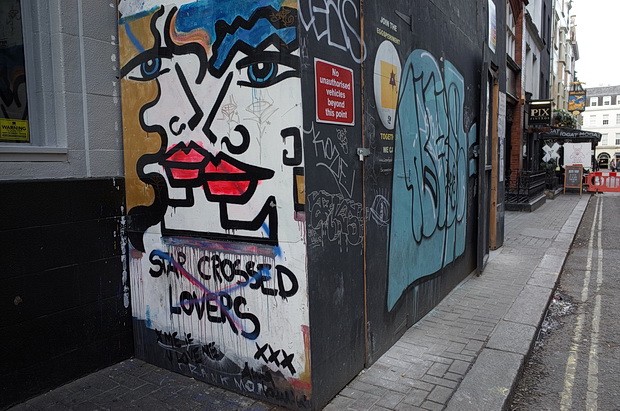 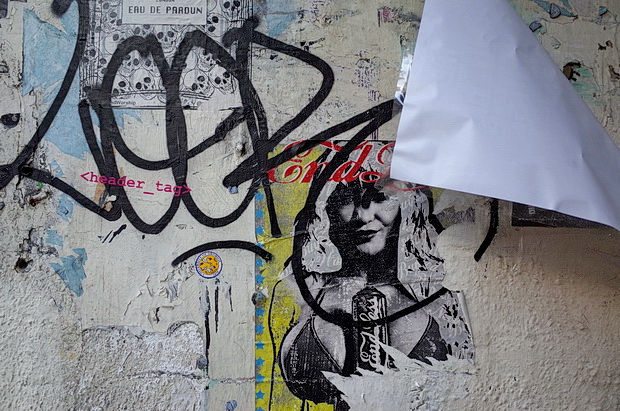 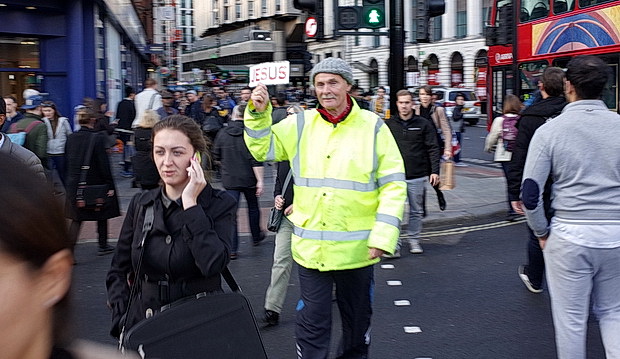 Jesus on the move. 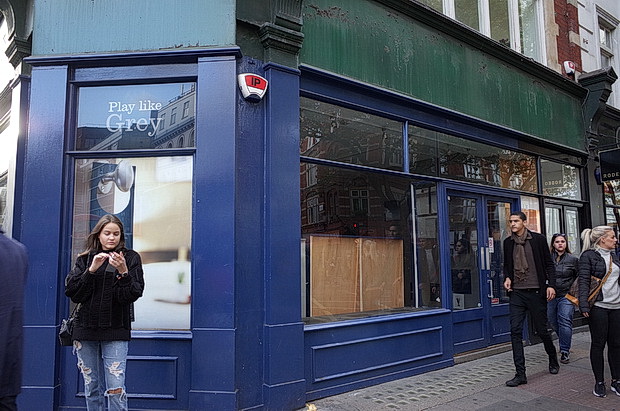 One of the last sex bookshops in Soho closed recently. Their malfunctioning neon sign once displayed “Lice Sex Shop.” 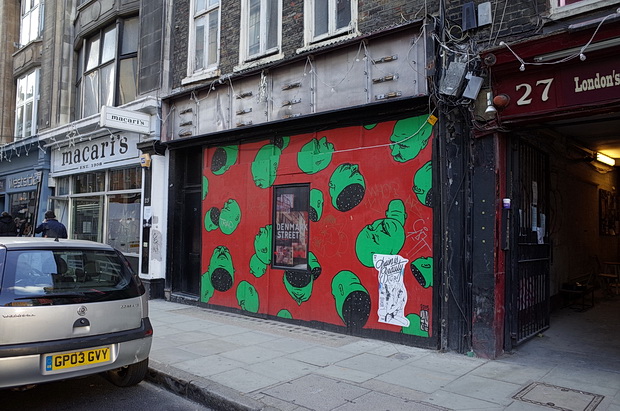 The sad sight of the former 12 Bar club on Denmark Street, once a major fixture on the alternative live music scene. 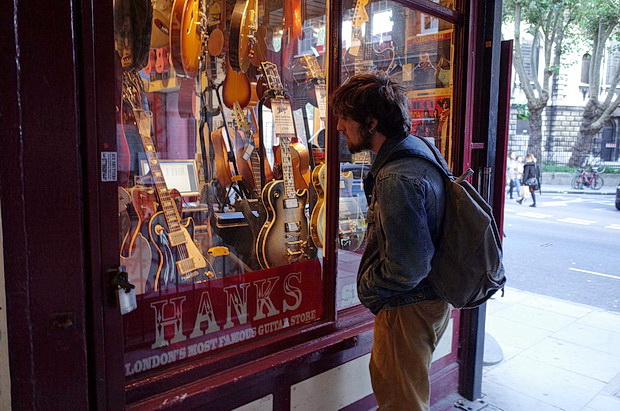 The musicians’ Mecca of instrument shops, Denmark Street (aka Tin Pan Alley), still lives on although under increasing pressure from developers. 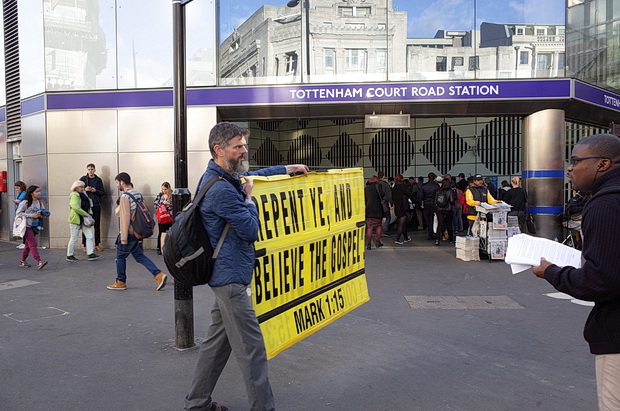 Street preacher presents his message. Compared to the mainly shouty ones we get in Brixton, I liked his silent approach.