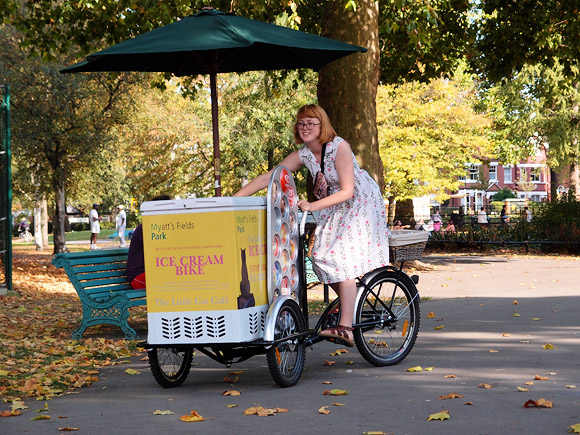 Blimey – that was a hot weekend! We took a walk through Myatt’s Fields on Saturday and although it was the beginning of October, it felt like high summer, with temperatures nearly hitting 30  degrees Celsius. 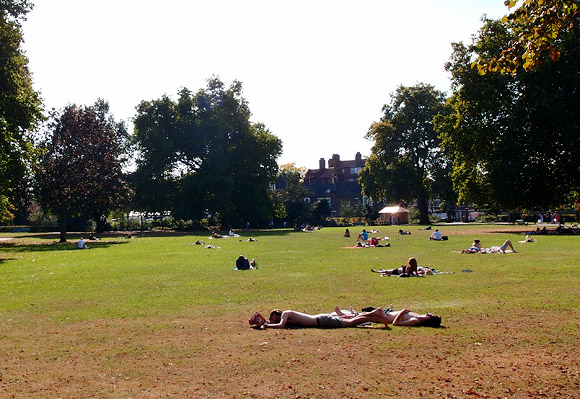 The Met Office reported that the record for Britain’s hottest October day had been smashed with temperatures reaching 29.9 degrees Celsius (85.8 degrees Fahrenheit) in Gravesend.

Met Office forecaster Andrew Sibley explained that conditions for the Indian summer were being created by a southerly wind bringing very warm air up from the south. 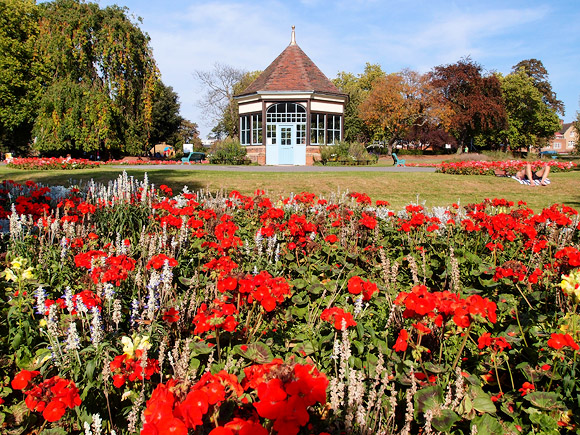 One of Lambeth’s eight Green Flag Award-winning parks, Myatt’s Fields Park is a listed Victorian Park which enjoyed a £3 million renovation program in 2010. 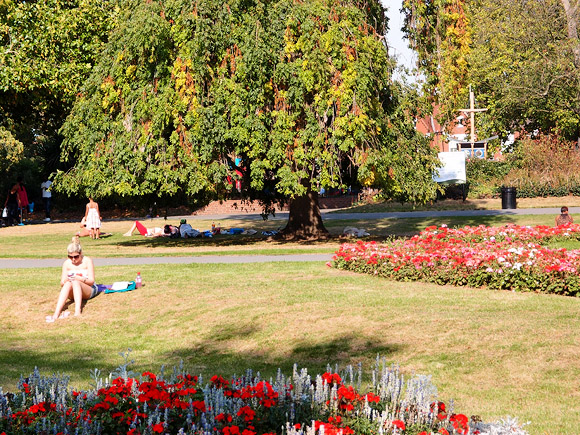 Sunbathing in the park. 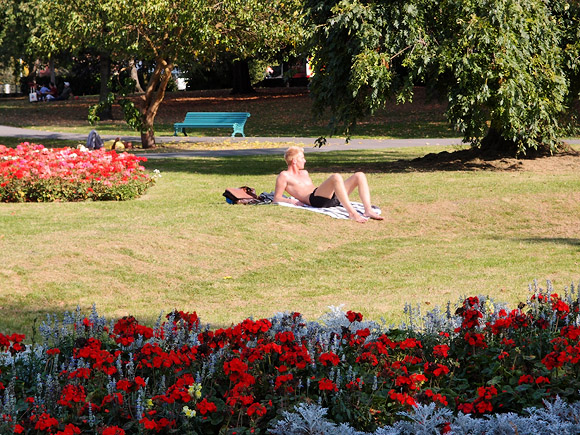 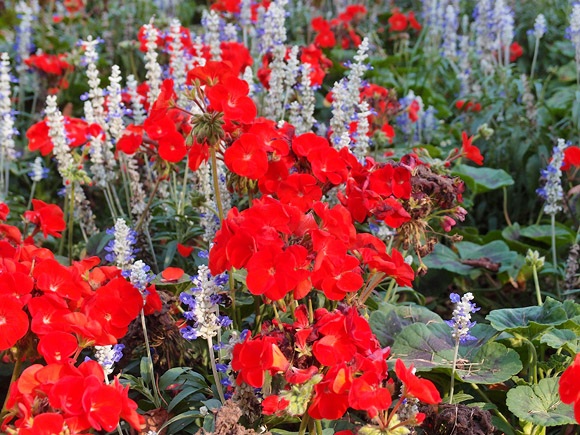 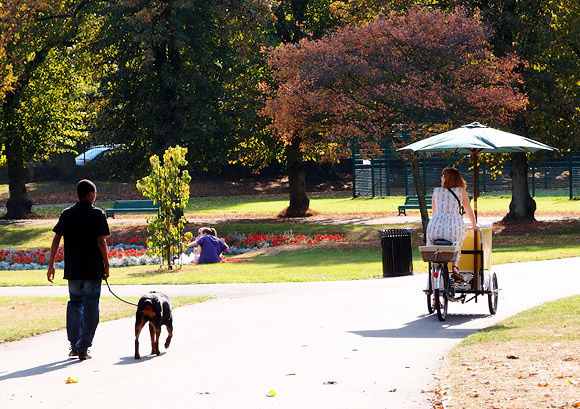 Ice cream bike on the move. 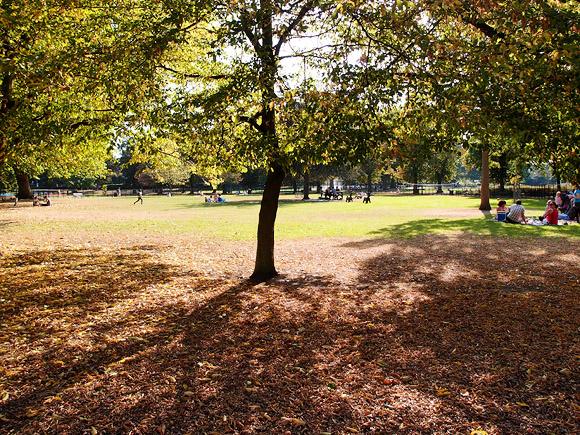 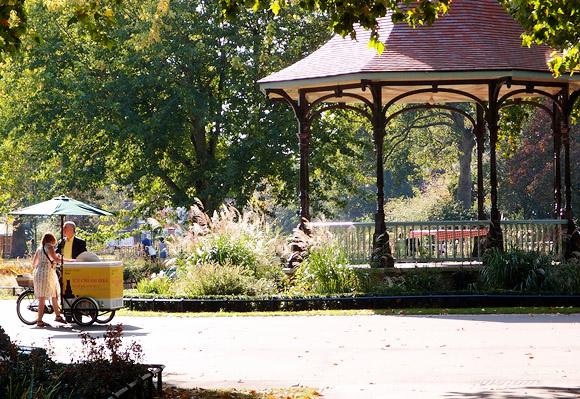 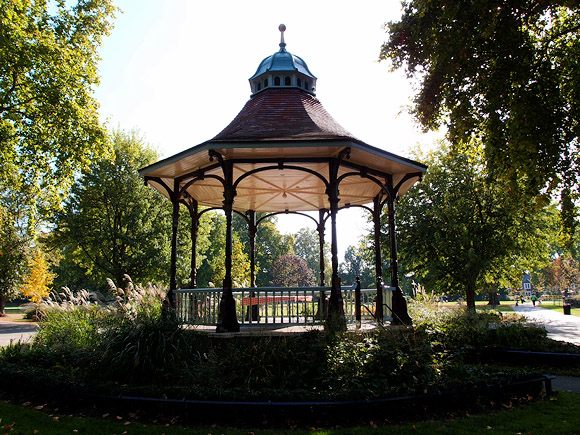 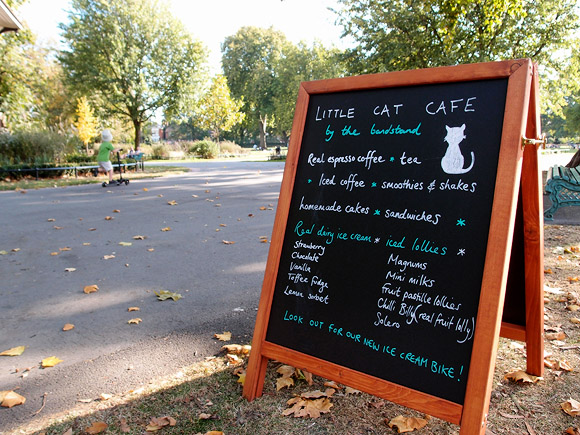 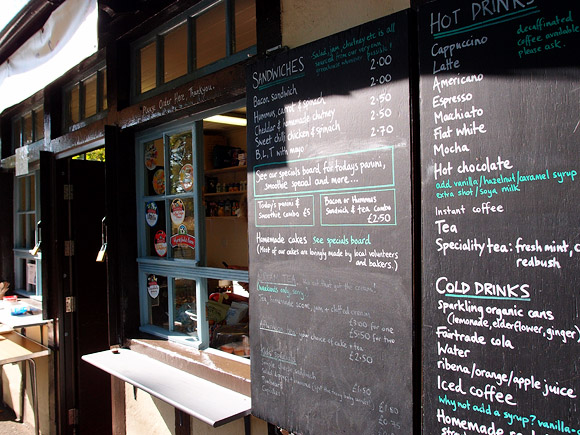 The Little Cat cafe in the park. 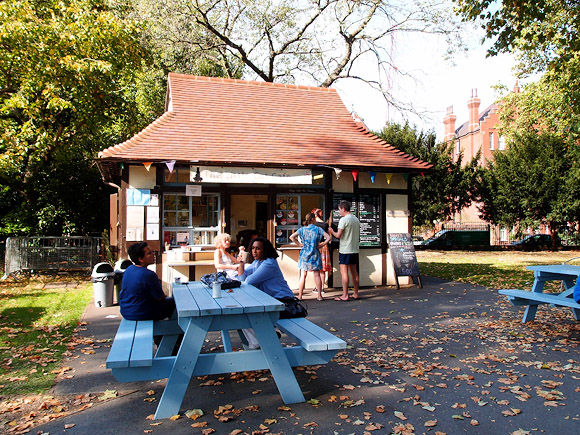 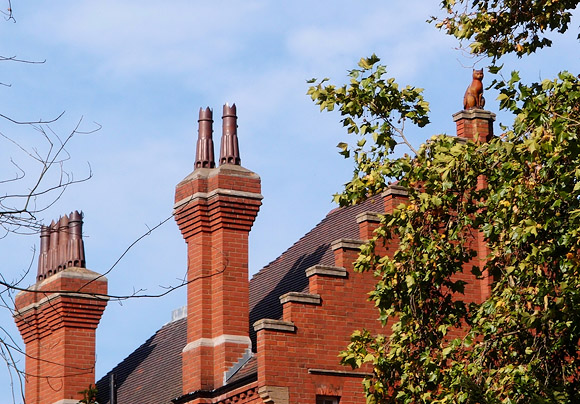 Note the little cat on the rooftops! 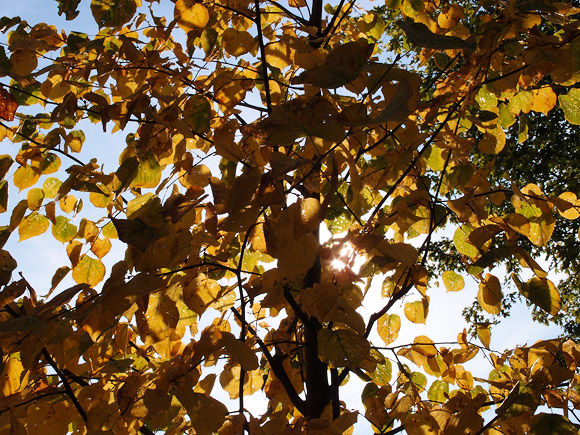 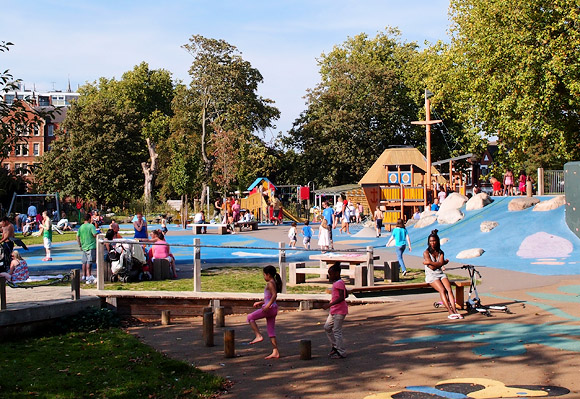 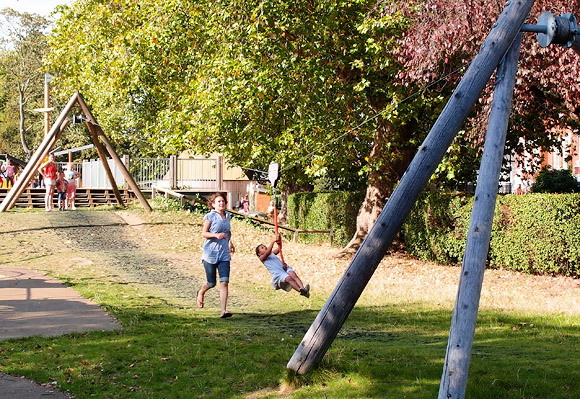 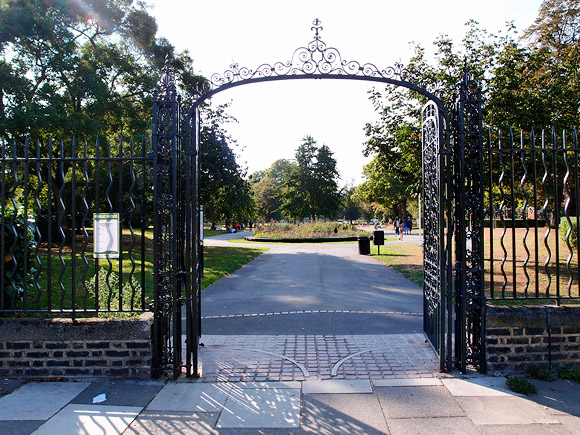 The elaborate gates to the park. 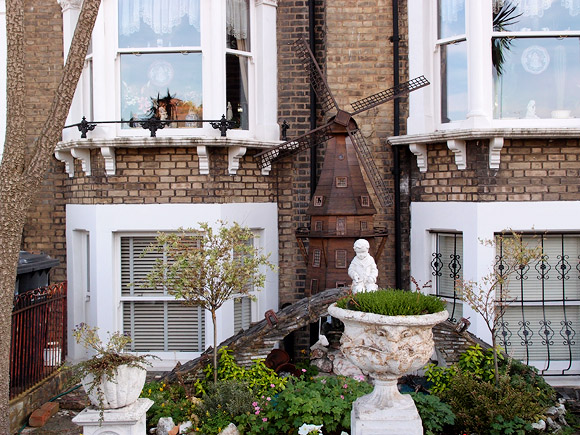 Flamboyant garden display opposite the park.

Not an ice cream van, Stockwell