Network Rail has uploaded a slick video showing off the proposed improvements to Pontypridd station in the south Wales Valleys. 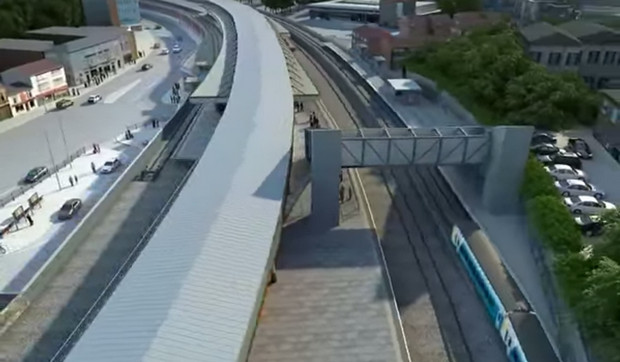 As part of a £24m scheme to improve the facilities and accessibility at five stations in Wales, Pontypridd’s station forecourt, entrance and platforms will be ‘transformed.’

Access to the island platform – once the longest in the world – will be improved with a lift from the street to platform level and a new footbridge and lifts, making it easier get from one platform to another.

The project involves the installation of a new bay platform and passing loop to enable more trains to serve the Pontypridd to Cardiff line as part of the Taff Rhondda turn-back scheme, as funded by the Welsh Government.

I rather liked this user comment to the video:

Is there any contingency for trains to actually stop at the station, or just to sail through leaving a remarkably calm set of people on the platform? And it looked like one of those trains was actually on time, which is a bit far fetched… even for a CGI Pontypridd wonderland.

Built by the Taff Vale Railway (TVR) and opened on 9 October 1840, the station was known as Newbridge Junction until March 1866 when it was renamed Pontypridd. 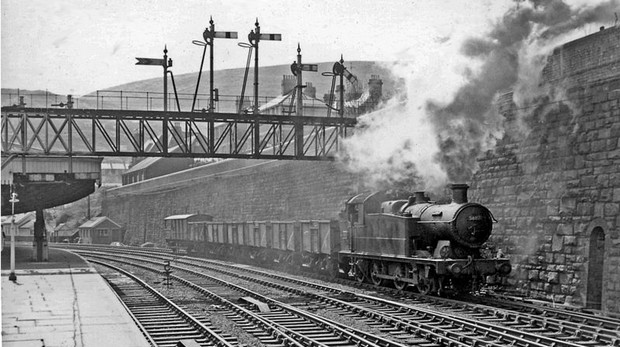 Wikipedia explains how the station developed:

It was progressively remodelled during the 19th century, but its present appearance derives largely from reconstruction carried out between 1907 and 1914. A reflection of both the narrow steep sided geography of the valley, as well as the need to accommodate many converging passenger routes with passing coal trains, it is effectively designed as two back-to-back termini.

This gave it the then longest platform in the world, capable of accommodating two full-length trains on each side of a stepped island platform, as well as additional trains in bay platforms. In total, the central island platform provided seven platform faces, including two bay platforms at the north for services to Aberdare, Nelson and Ynysybwl, and one at the south for services to Llantrisant and Cowbridge.

The station retains its long canopy and there’s still a wealth of interesting architectural detail remaining, including the ornate ironwork around the stairwells leading to street level and the rather lovely terracotta and red brick walls.