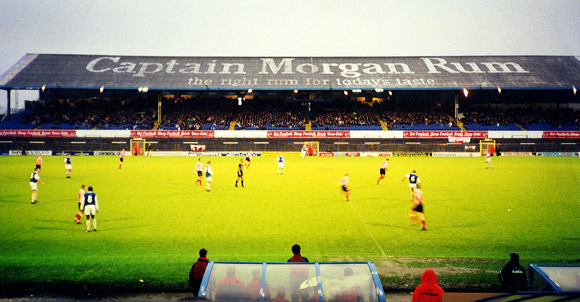 Once the longest-serving advert in any British football ground, the painted words of “Captain Morgan Rum – The Right Rum For Today’s Taste” adorned the roof of Cardiff City’s Ninian Park football ground for more than 40 years.

The words were painted over the Popular Bank, a large stand with a mixture of covered seating and uncovered standing terrace to the front.

The stand was known locally as the ‘Bob Bank,’  so named because it used to cost one old shilling  (a bob; 5p in today’s money) to stand there between the two World Wars. 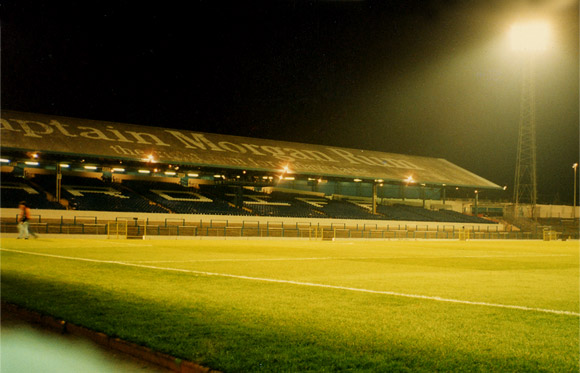 In the summer of 1958 a large roof was constructed  over the previously uncovered terracing, with the roof painted plain white.

In 1960, a Canadian distillery company, House of Segram, took out a three-year lease on the roof space for an annual rent of £300, and painted on the name of one of their popular products, Captain Morgan Rum. 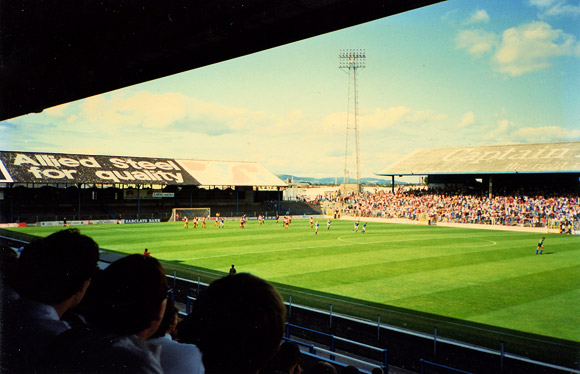 After the three-year lease was up, the advert remained on the roof, presumably because no new advertisers could be found.

And so Captain Morgan Rum became forever associated with the ground, with the advert remaining on the roof from 1960 to 2001 – a total of 41 years.

The paint lasted impressively well too, with the advert still clearly visible right to the end. 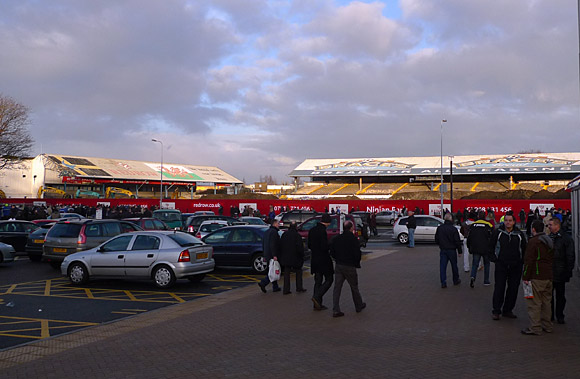 The rum advert was finally painted over in 2001, first by an advert for “Hyper-Value” and lastly a rather colourful one for “Brace’s Bread” (seen above as the ground was being demolished).

The fantastic Captain Hotknives at the Offline Club, Brixton Albert

Captain Hotknives and Atilla the Stockbroker in SW9

No festive cheer at Ninian Park

One Comment on “The 41 year reign of the Captain Morgan Rum advert at Ninian Park, Cardiff”