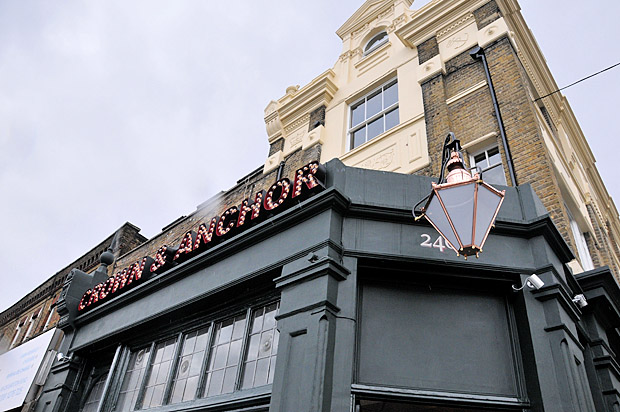 There’s a new real ale bar coming to Brixton – and I was lucky enough to be invited for a pre-opening preview (and to try out some of the delicious beers and ciders on offer). The pub officially opens tomorrow at 5pm. 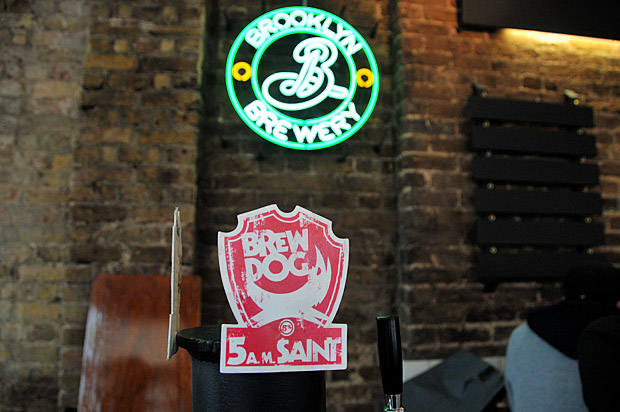 The Crown and Anchor is situated close to JAMM on Brixton Road and anyone looking for a trendy style bar or a lifestyle-defining music destination with superstar DJs can jog on: this place  is really only interested in one thing, and that’s beer. Lots of the stuff. 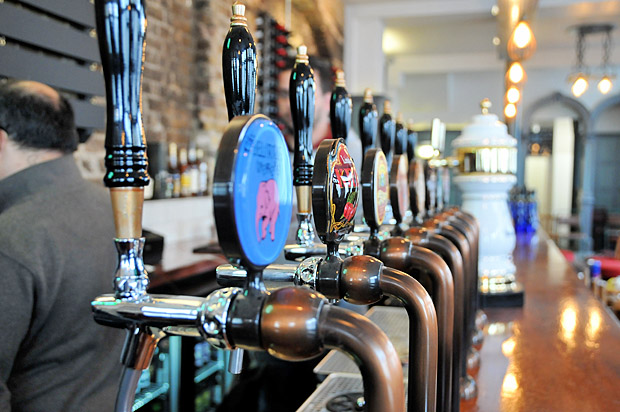 Set up by the team behind Stoke Newington’s legendary Jolly Butchers boozer, the pub will serve up no less than 24 beers on tap, with seven real ales and three ciders on hand pumps. 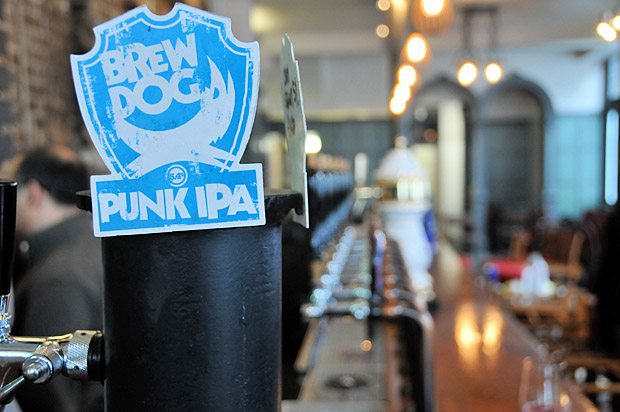 The pub will offer an ever-changing selection of carefully selected ales – expect to see at least one new ale almost daily – with prices starting at around £3.30 a pint (not as cheap as big brewery pubs, but then you’ll be getting properly looked-after ales here). 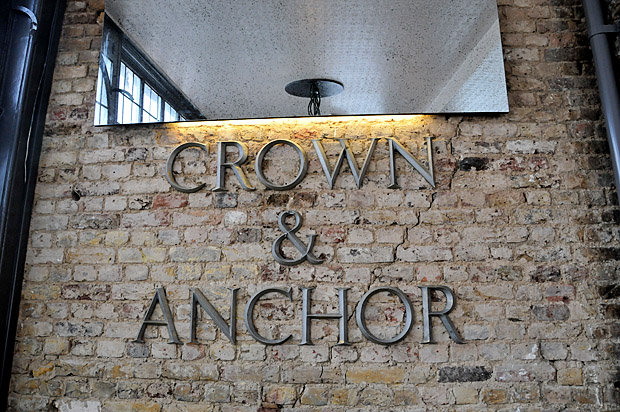 There’ll also be offering pub grub shortly after opening, with the accent on “hearty pub fare that goes well with beer,” so expect bangers and mash, veggie platters and lots of sharing plates, as well as tea and coffee, if you must. 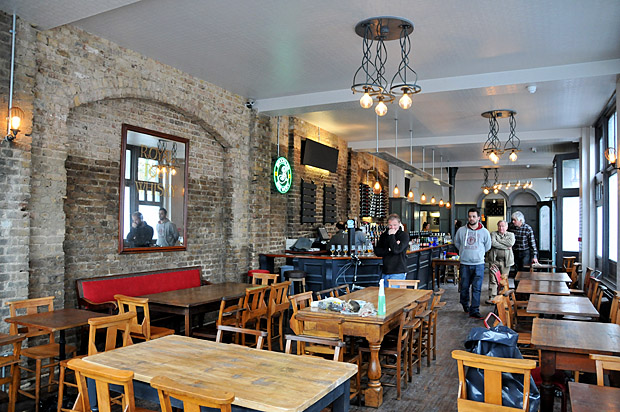 It’s great to see this old boozer coming back to life – many suspected that it was set to join our depressingly long list detailing the Lost Pubs of Brixton. 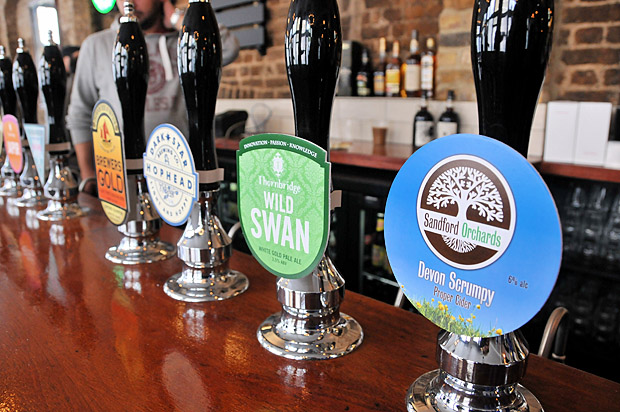 The pub has rather an unusual claim to fame too: according to the Daily Herald’s Archive, it was the scene of the ‘first rock n roll club in Britain’, with club nights taking place in the mid fifties.

Check out our Crown and Anchor feature for more. 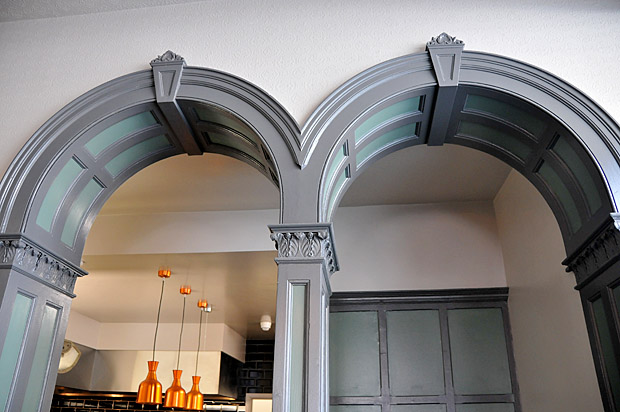 The new owners have made some effort to retain original features. It’s looking very smart inside. 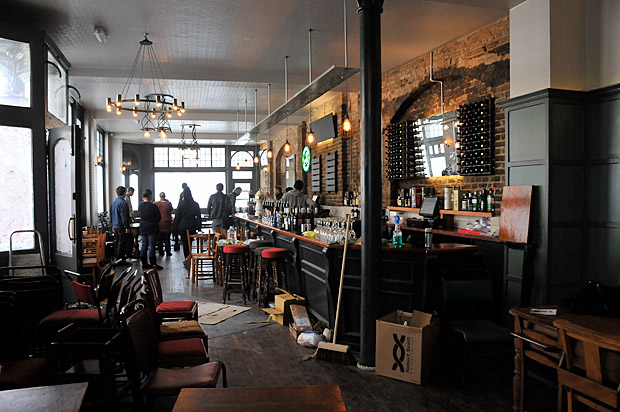 A look along the bar towards the entrance – as you can see, folks were still busy getting the pub ready for the official opening tomorrow. 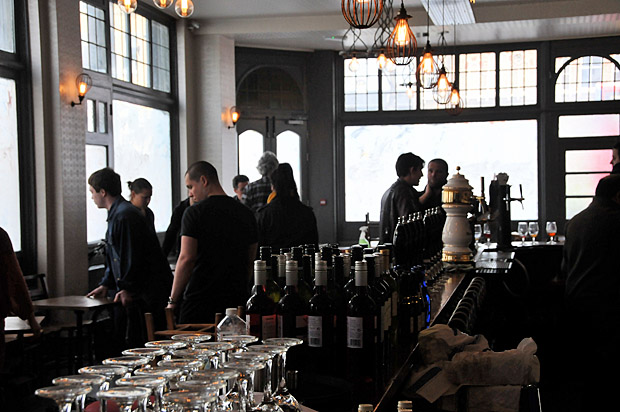 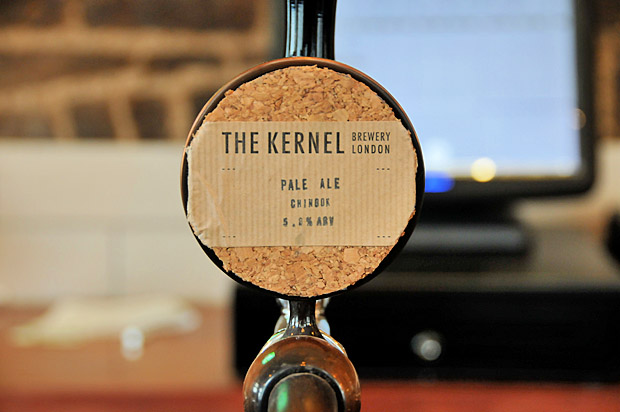 A proper London ale! The Kernel Brewery is situated just a few miles from the Crown and Anchor, in Southwark. 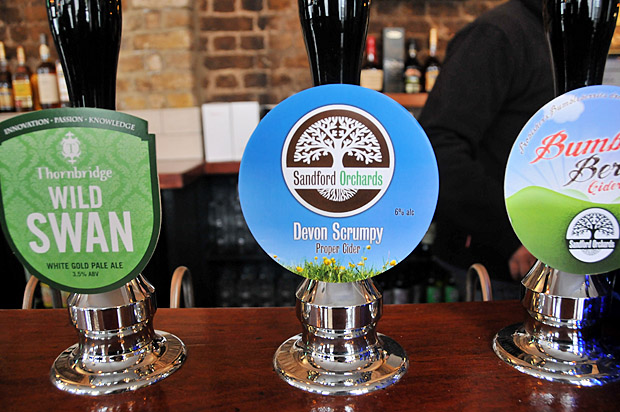 I don’t think I need to tell you how good these ales and ciders are. 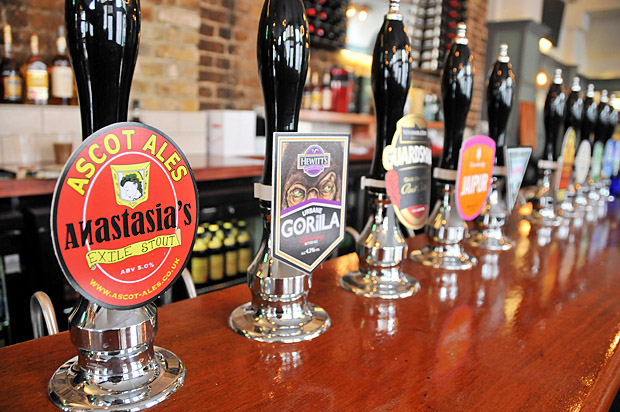 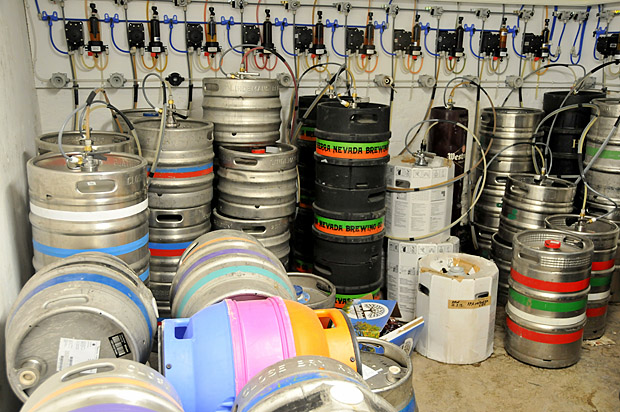 Downstairs in the cellar. 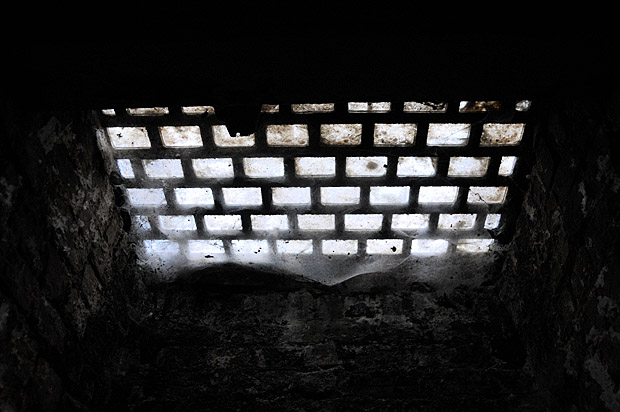 Looking up from a disused part of the pub’s cellar. 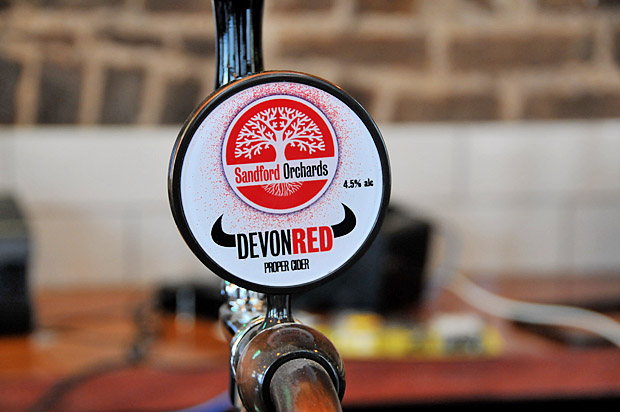 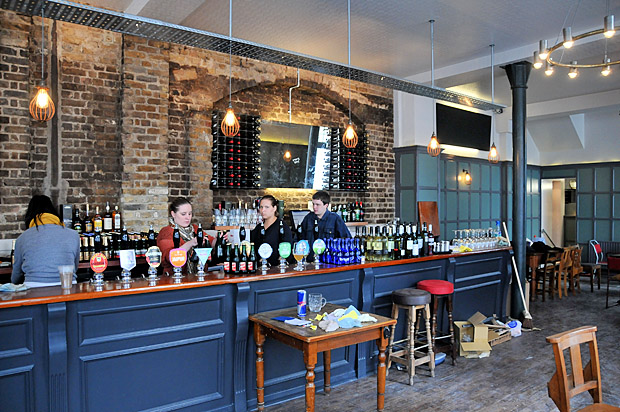 Staff being trained up in readiness for the opening tomorrow. 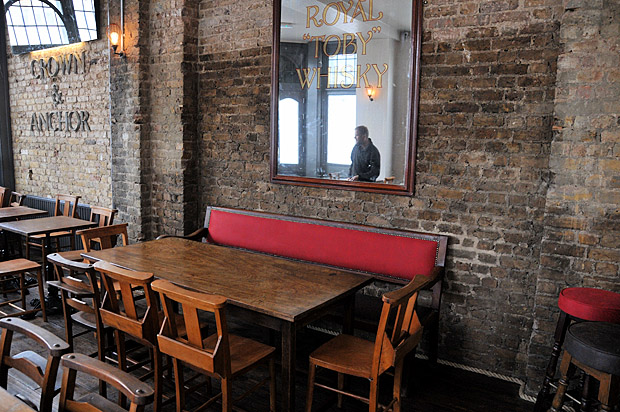 The pub is very much a traditional affair, so there’ll be no massive TV screens blaring out Sky Sports. 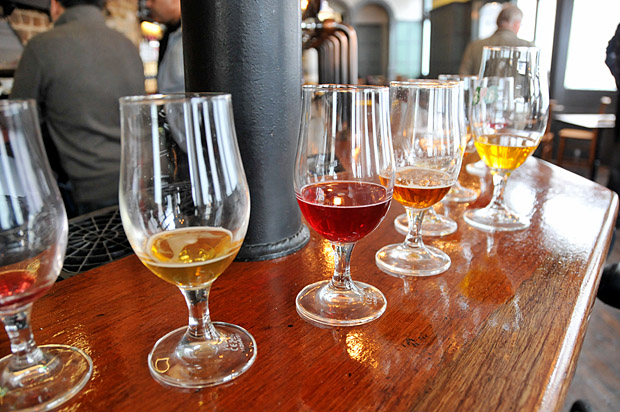 The aftermath of my testing session. I’ll be back for more! 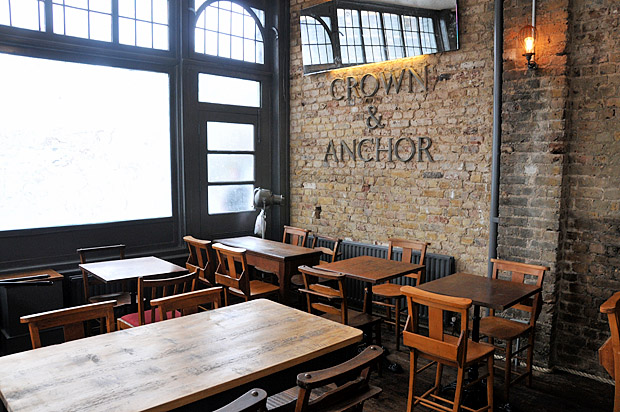 The windows were being cleaned when I was there, but the pub should benefit from lots of natural light.

The pub backs on Slade Gardens, and there’s talk of pedestrianising the small stub of road by the side of the pub and opening up the park gates – making this a fantastic place to enjoy a pint in the summer months 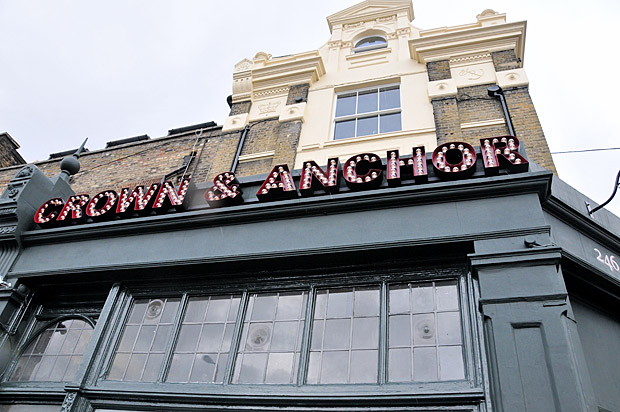 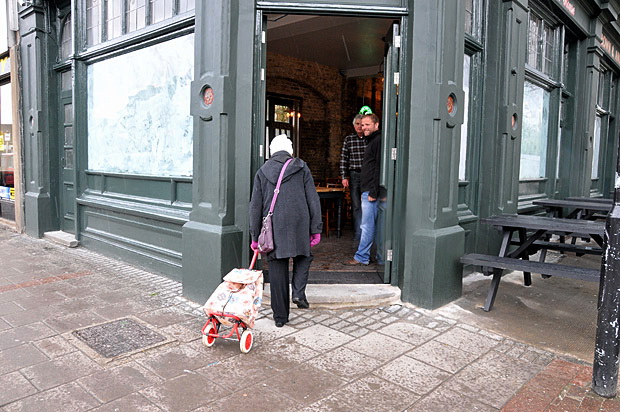 A customer arrives a little early!

More info:
Talk about the pub on the urban75 forums.

Address:
The Crown And Anchor is at 246, Brixton Road, London, SW9 6AQ

Opening hours:
4.30pm – midnight in the week
Midday till 1am on Friday and Saturday
Sunday noon till 11pm
[Pub website]