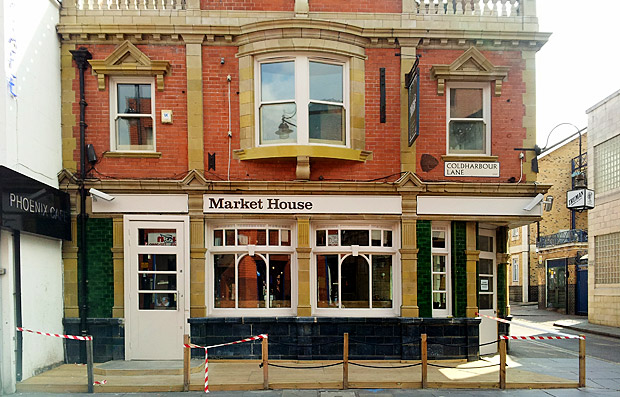 Older Brixtonites will remember the building as the old Coach and Horses – or perhaps the short-lived IsoBar – but in recent times it’s enjoyed a chequered history as The Living Bar. 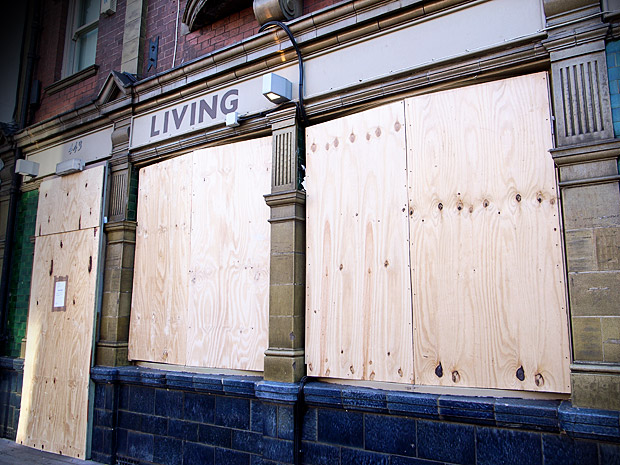 After a dodgy period which saw the premises being closed for several years and then briefly reopening  as a low rent butchers shop in December 2009, the Living Bar relaunched in April 2011 to minimal investment. 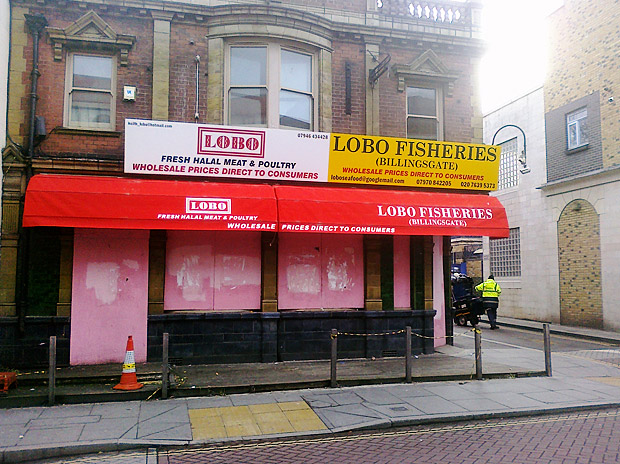 By December 2011, the shabby-looking building was also hosting Vintage fairs before being reportedly bought up by the people behind the adjacent Satay Bar. 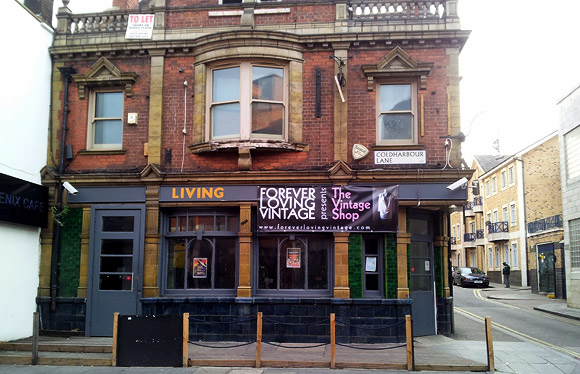 In the past month, the building has been cleaned up and renamed the Market House, promising to “bring some speakeasy class to a new part of town with emphasis on traditional British with a modern twist. ”

I’m not entirely sure what that means, but it looks like it’s going to be a bistro during the day, and a trendy late night bar when the sun goes down.

I’ll post up more when it opens later this month. If you want to read some background to the building, check out this 300+ post thread on urban75: WTF! Look what they’ve done to the Coach & Horses/Living Bar.