We managed to blag our way into an invite-only Cherry Red party tonight at Dingwalls in Camden. And there was free beer!

On the bill was JimBob (from Carter USM) and Atilla the Stockbroker, with my old muckers The Monochrome Set (I played on their Dante’s Casino album) returning to play their first gig for a very, very long time. 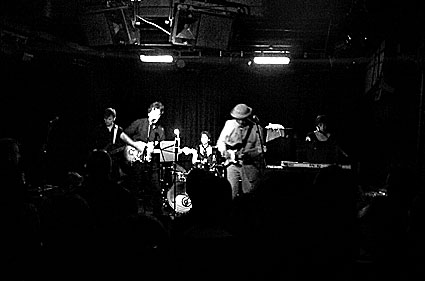 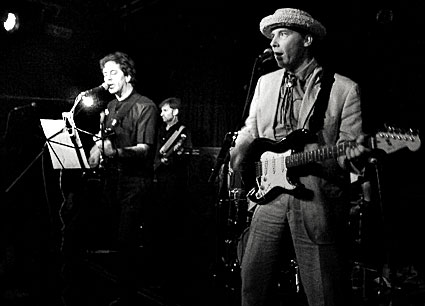 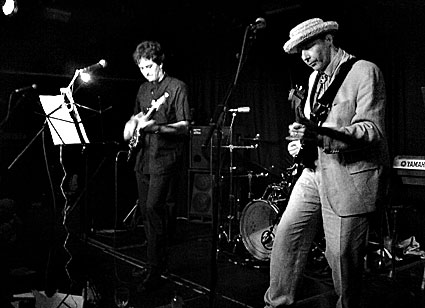 They band were fucking great. I mean, really really good. They sounded fresher, punkier and more aggressive than on record. Bid was pissed and really funny, Lester Square’s guitar playing was as sharp as ever and the band seemed to have a whole load of fun on stage.

But how’s this for a bizarre twist?: Iggy Pop has done a cover of “He’s Frank” and it appears on the Heroes TV show:

We DJ for the Monochrome Set at Dingwalls, June 2011