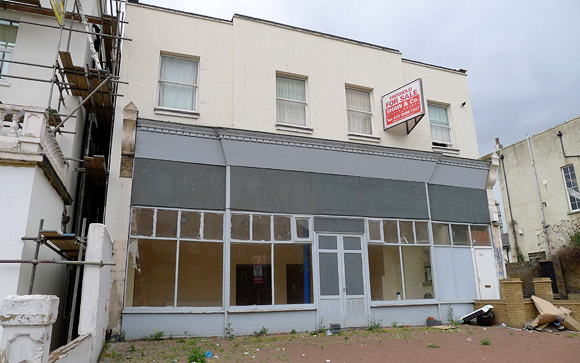 It’s still looks a little bit wonky after its recent refurbishment, but this building currently up for sale at 322 Brixton Road, London SW9 once enjoyed a rather more glamorous past.

It was once  home to the Brixton Liberal Association, where Edwardian visitors could enjoy open air fetes, political meetings, Royal illusionists and a performance from the intriguing sounding “South London Ethiopian Minstrel Troupe.’ 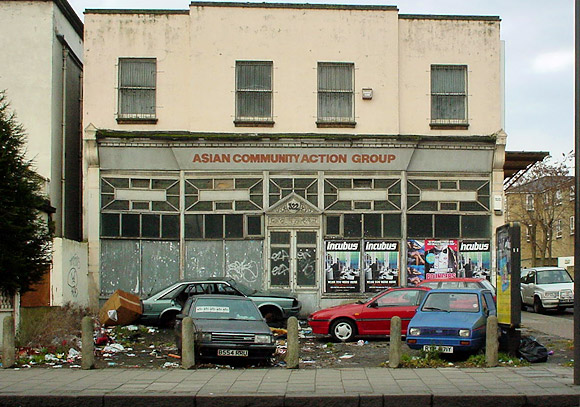 The property had been used by the ‘Asian Community Action Group’ from July 1992 to July 2000, and after the end of their tenure, the already-shabby building was left to rot away, as witnessed by this January 2002 view. 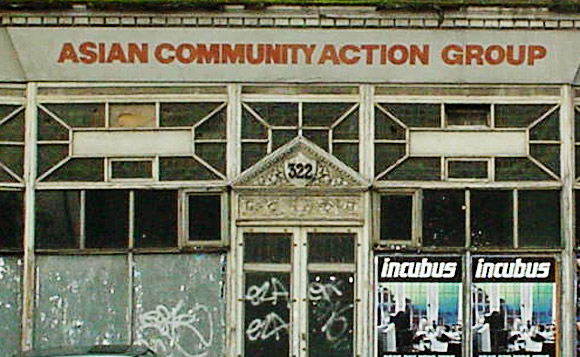 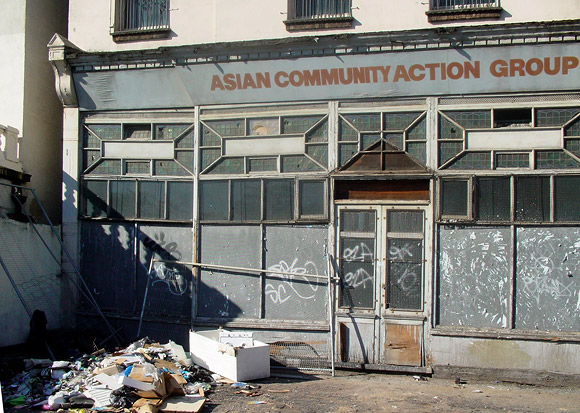 Things had deteriorated considerably by the following year, with the doorway detail stripped away. This view was taken in April 2003. 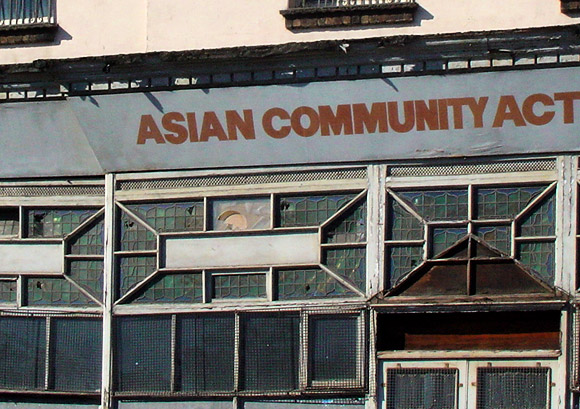 Looking closely, you can see some fine stained glasswork still in situ, although the window frames are in poor condition.. 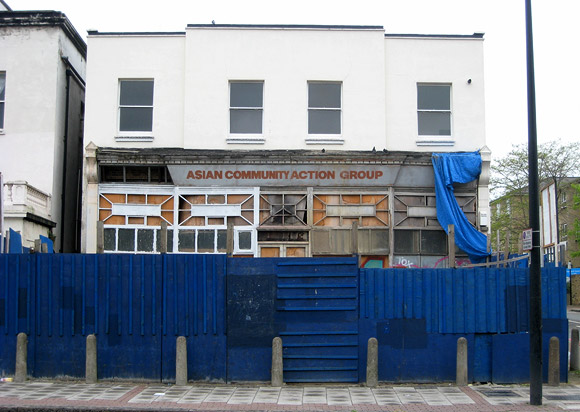 The building was still empty in April 2007, and by this time all the stained glass windows had been ripped out and the frames boarded up.

It must have been a different sight back on the 25th July 1891, when the Brixton Liberal Association was busy putting on its second illuminated open air fete, serving up a full bill of evening entertainment for just sixpence (2.5p).

I imagine of particular interest might have been the ‘wonderful talking machine’ (aka ‘the grammaphone’). 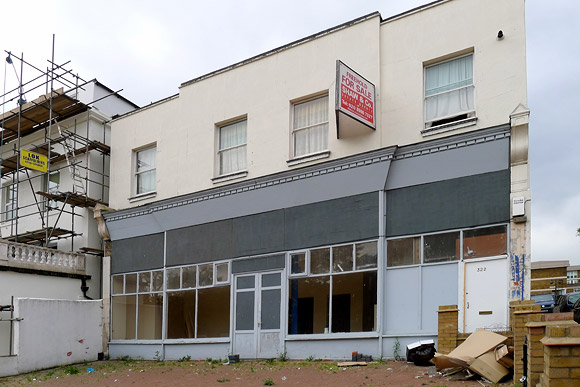 Another contemprary view showing the rather rudimentary restoration work on the building’s façade. 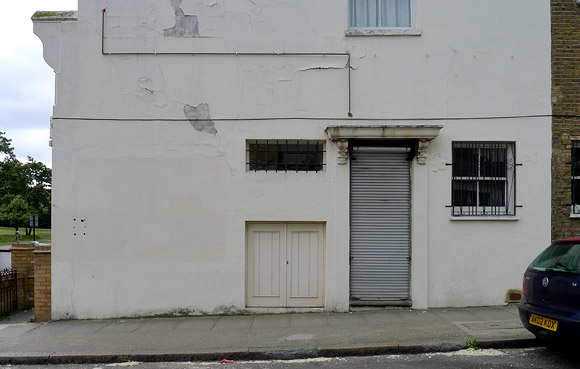 Side view from Wynne Road, SW9.  You can click here to see the location of the building on Google Maps, or view the 1918 map below. 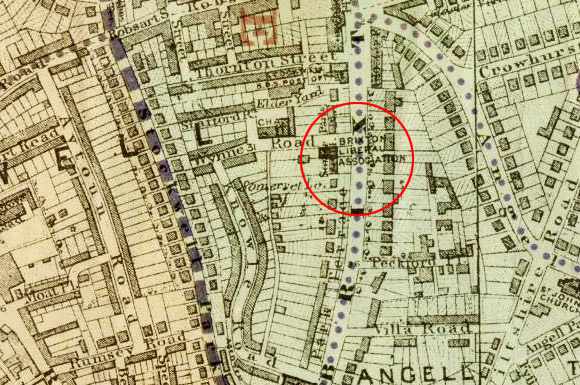 I’ve yet to trace any archive photos up to 2000, but I managed to find out that a photographic company called Douglas C. Morris & Co were working out of the building in 1970.

Have you any old photos of the building? Or know anything of its past? Please leave a comment below and tell us more, or join in the discussion here.

The Brixton apocalypse begins as Foxtons arrive on Brixton Road

4 Comments on “The politician, the illusionist and the ‘wonderful talking machine,’ 322 Brixton Road”