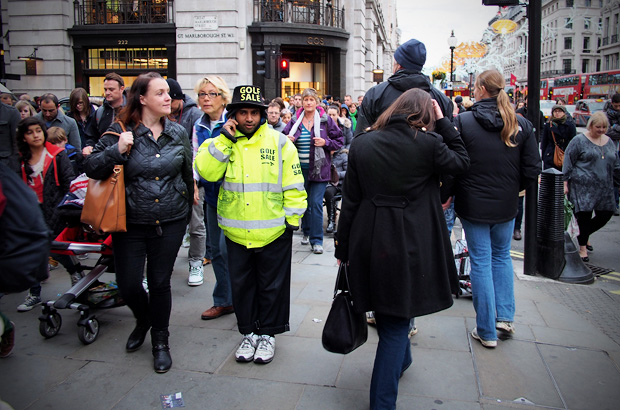 With Westminster council banning the large-scale street placards that used to pepper the West End streets, the folks behind the Golf Sale business have had to downsize their advertising methods. 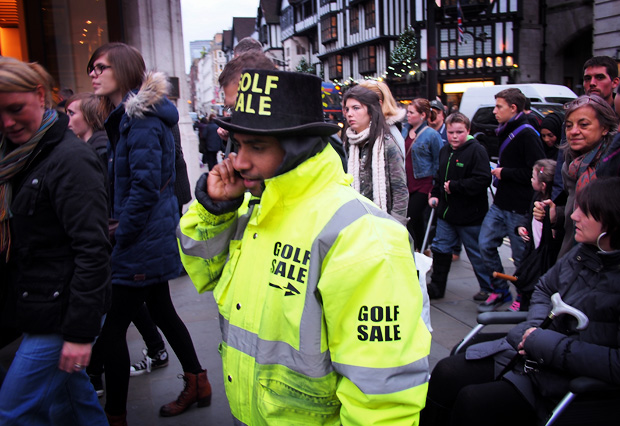 With no large boards to advertise their golf-based goods, the bosses have despatched poor sods on minimum wages to stand at busy pedestrian interchanges in bright clothes covered with the words ‘Golf Sale.’ 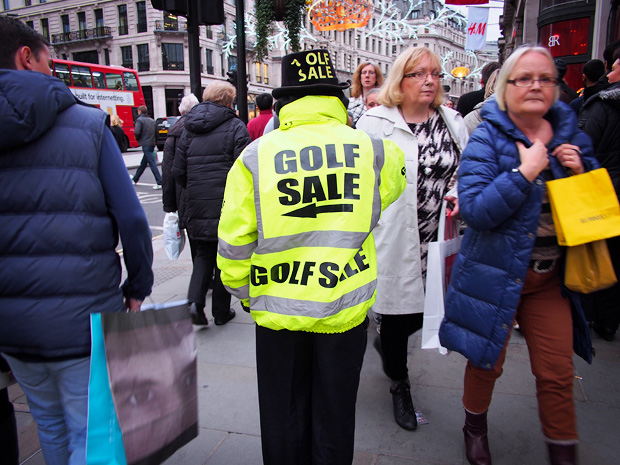 Although this bloke’s outfit isn’t exactly subtle, I’ve seen far worse on the streets of London.

I felt particularly bad for this guy spotted on the streets in early 2010 (below). 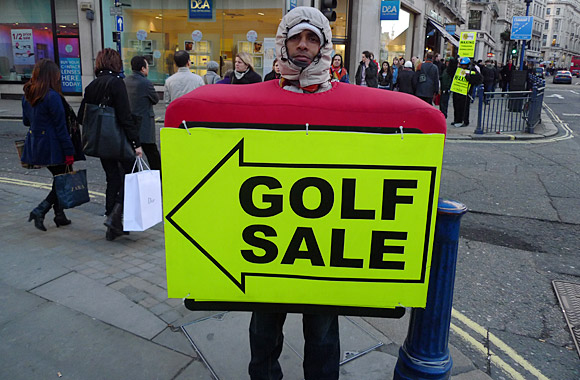 Mind you, if you think the above is humiliating enough, check out this bizarre costume seen in Oxford Street last year. 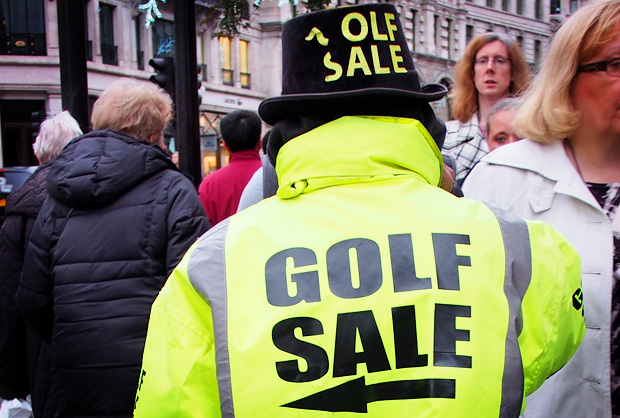 Here’s one last look at the fella I saw on Saturday. He spent the entire time on his phone, which seems a reasonable enough way to try to stave off the boredom.

I’ve worked the same job in the past and know how mind-numbingly dull it can be, so once again let me salute the human billboards of London: it’s a shit job but someone’s got to do it!

Read more: Human billboards on the streets of London