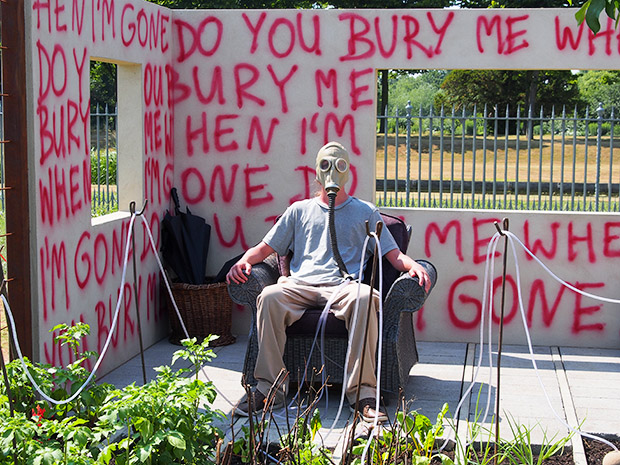 Along with the Roses & Floristry Vintage Festival, I enjoyed the concept gardens the most at this year’s Flower Show.

Witty, meaningful, playful or sometimes bordering on bonkers, I found them a heap of fun. Here’s some of the best: 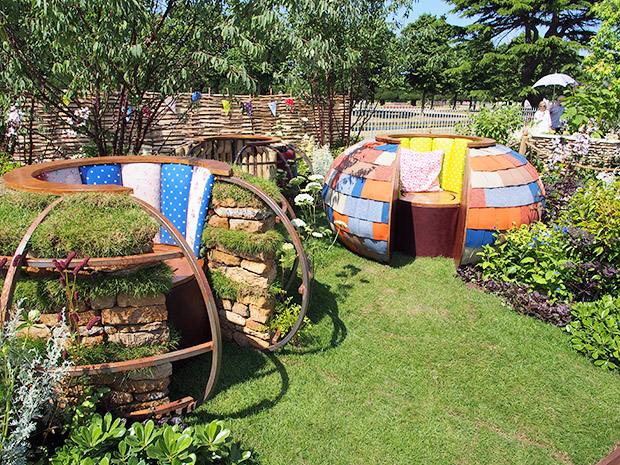 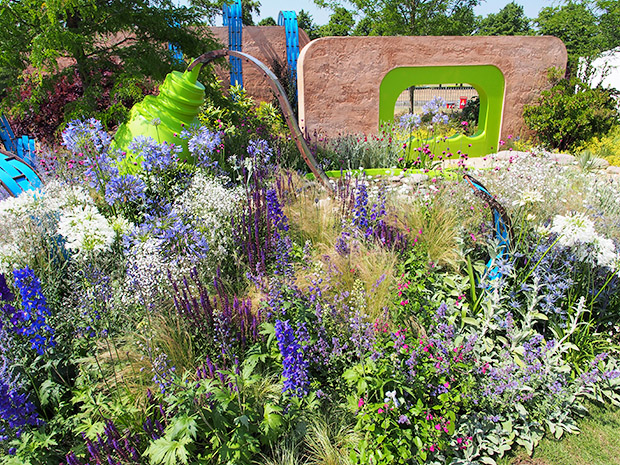 The Garden highlights the importance of water, with king sized toilet cleaner fountain, bottle handle bench and laundry cap lamp all in there to underline the need for sustainability. I thought that the fountain looked like a hand grenade 🙂 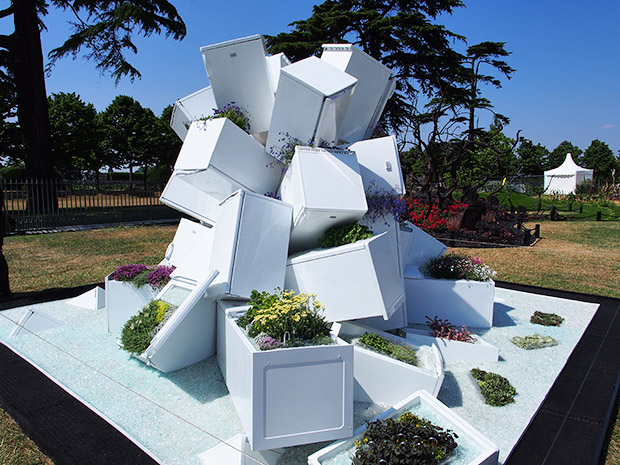 Tip of the Iceberg display using a pile of old fridges. Designed by Caroline Tait & John Esling,  the RHS says that it shows that ‘something striking and beautiful can be created from the debris of modern life’. 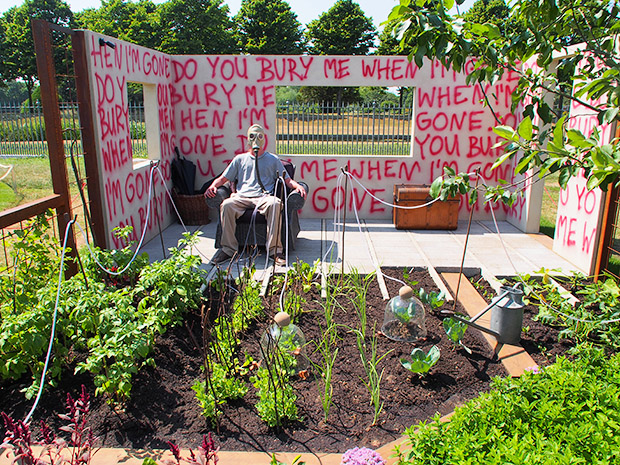 This was wonderfully off the wall – a bloke inhaling lettuce!

Designed by Arek Luc and built by Eden Landscape Projects, this garden was inspired by the Metallica song ‘I Disappear,’ and aims to show that by growing our own crops, we can be self-supporting and reduce global pollution. 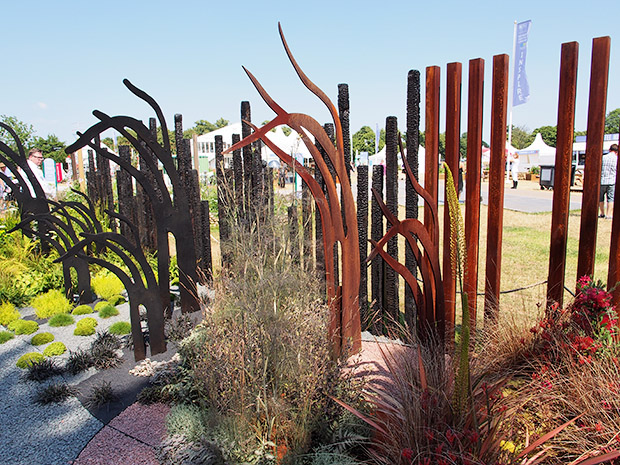 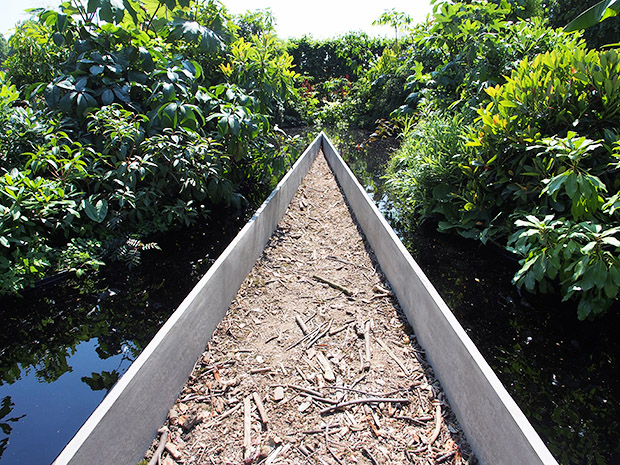 Called Valley Garden and designed by Sophie Walker, this ‘V’ shaped walkway takes you into a  mini lake.

The designer says that it was partially inspired by Japanese artificial hill gardens, but it reminded me far more of Richard Wilson’s 20:50 installation at the Saatchi Gallery. 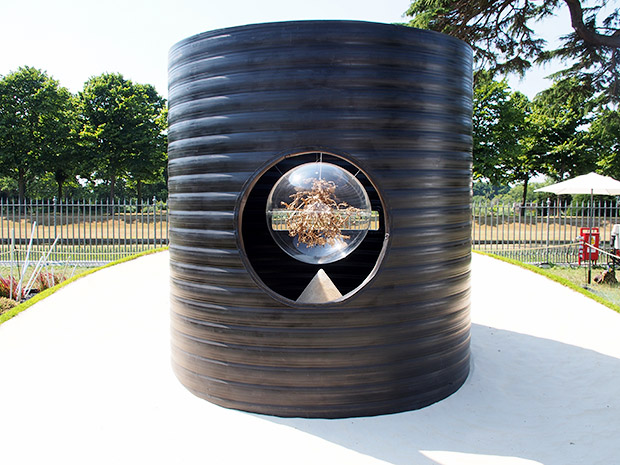 This curious creation designed by Sheena Seeks called Falls the Shadow features a black tower with a viewing hole at its centre. The entire piece is meant to represent the seeing parts of the eye. 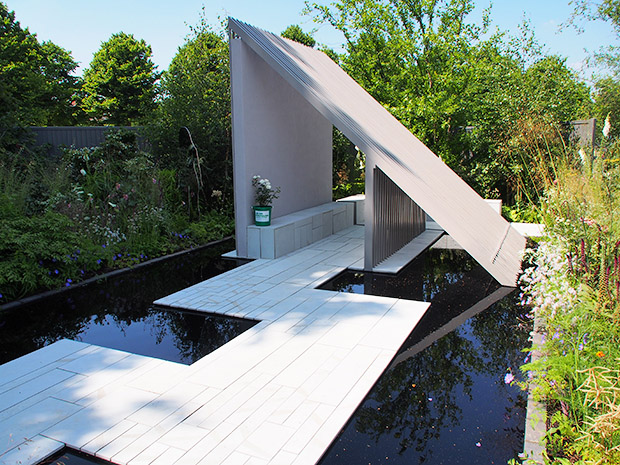 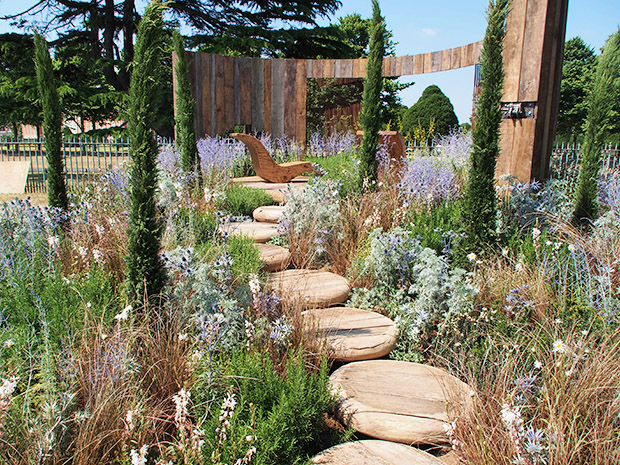 Designed by Mike Harvey, A Room with a View has a series of wooden steps leading to a tempting-looking recliner.

The installation was made using excavated soil from a house extension. 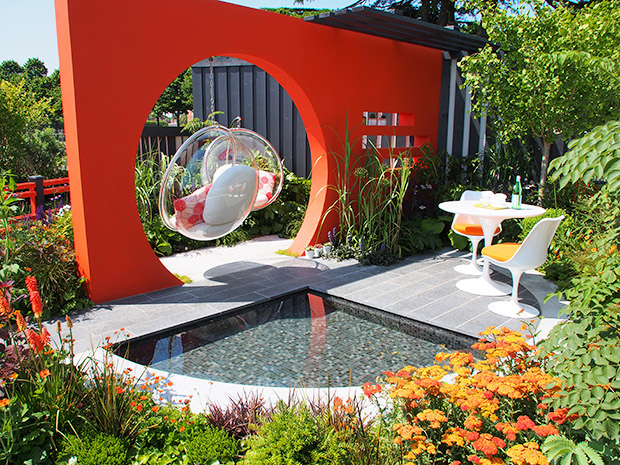 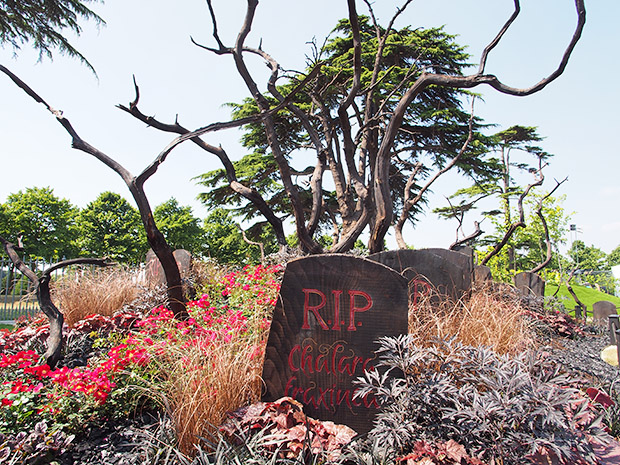 The dramatic vista of Ashes to Ashes by y Bruce Waldock reflects on the devastation wreaked by Dutch Elm disease in the 1960s with new growth suggesting hope for the future.