A collaboration between Platige Image and ESA, this short film draws inspiration from the Rosetta’s mission to “turn science fiction into science fact” by landing a probe on a far-distant comet..

Directed by Tomek Bagiński and starring Aiden Gillen and Aisling Franciosi, Ambition was shot on location in Iceland, and was screened on the 24th October 2014 during the British Film Institute’s celebration of Sci-Fi: Days of Fear and Wonder in London. 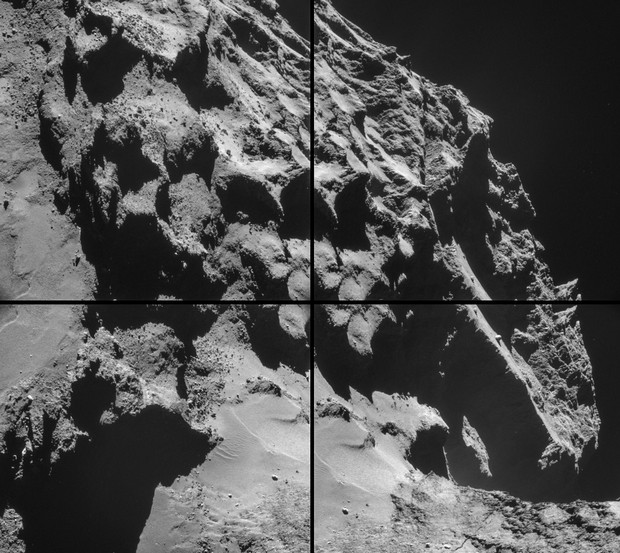 Rosetta is a robotic space probe built and launched by the European Space Agency to perform a detailed study of comet 67P/Churyumov–Gerasimenko and packs both an orbiter and lander module.

Launched on the 2nd March 2004 on an Ariane 5 rocket, the tiny craft reached the comet on 6 August 2014, with the Philae lander scheduled to detach from Rosetta on 12th November 2014 at 08:35 UTC, with a landing seven hours late.

Stunning images have already been taken from the probe (see above).

Discuss the mission on the urban75 boards, and view the video below:

More: The Making of Ambition:

Read more about this fascinating mission on the European Space Agency website.