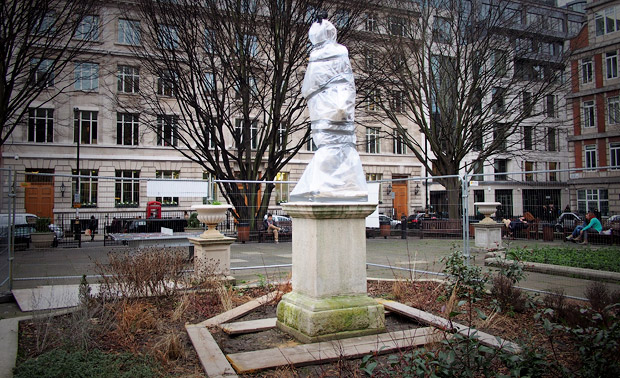 Seen covered over in plastic sheeting and bound in gaffa tape is the statue of King George II, in Golden Square, central London. 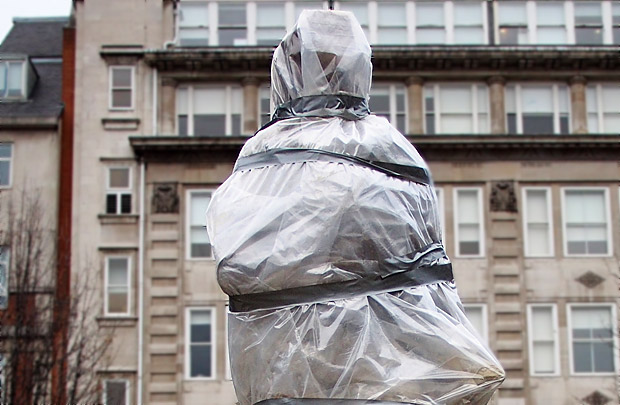 There’s an interesting story behind this statue, as no one is absolutely certain whether it represents King George II or King Charles II.

Folklore has it that the statue was accidentally won at auction, after the unwitting bidder raised his hand to greet a friend.

The statue had gone under the hammer for so little that the accidental bidder didn’t bother contesting what had happened and decided to give the the statue as a gift to the people of Golden Square [source].

You can see what the ‘naked’ statue looks like here. 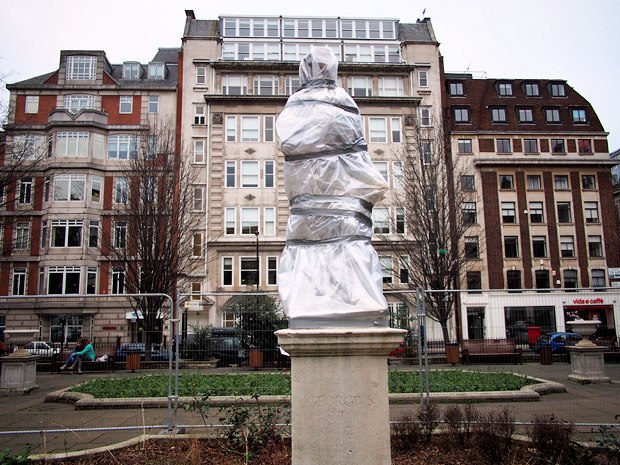 Opposite the statue can be found the rather splendid Nordic Bakery which serves cinnamon buns to die for and, until recently, the square hosted the long-serving Footes music store.

See a 360 degree panorama of Golden Square here
History of the square: Golden Square Area (from the Survey of London: volumes 31 and 32).