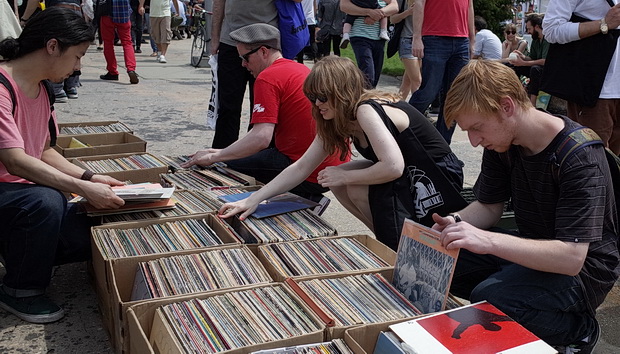 It’s taken me a while to post these up (sorry!) but I came across this busy record fair in the East River State Park (90 Kent Ave. at North 7th St) when I was wandering around Williamsburg in May 2014. 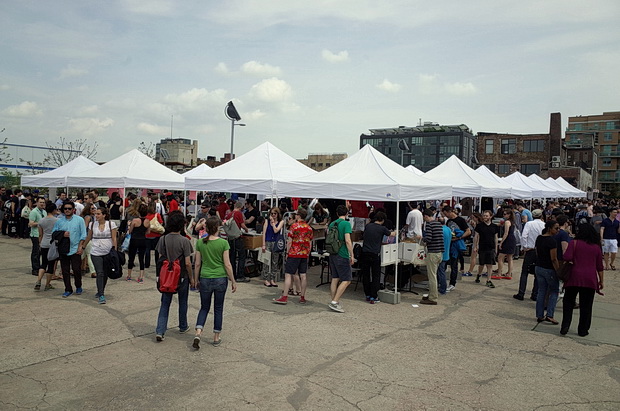 I kinda feared that a vinyl record fair in Wiliamsburg might have proved an irresistible hipster-magnet, but thankfully there was a fairly mixed crowd in attendance, with relatively few ironic moustaches and pioneering beards nuzzling up to the vinyl. 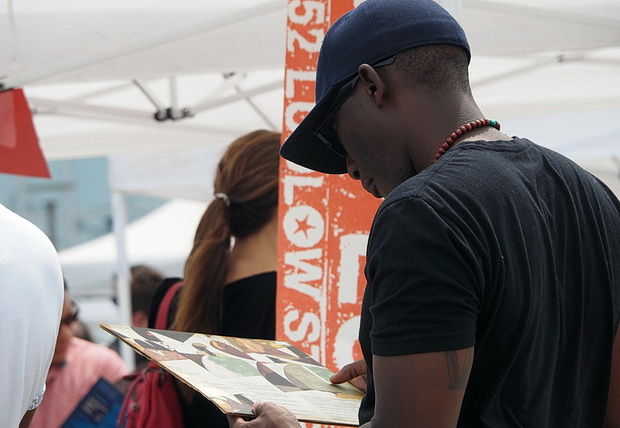 There was, however, some great vinyl on offer – including stalls from Rough Trade, Domino, Warp and DFA – with the only jarring note being the heavy event branding by Red Bull, who had also installed some DJs in the park. 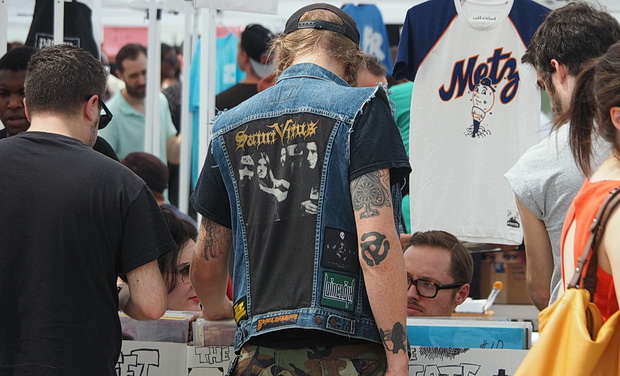 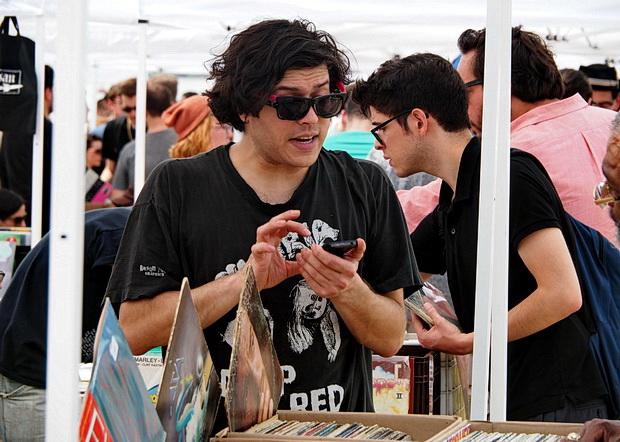 Sharp eyed readers should be able to pick out a fairly battered copy of Bruce Springsteen’s ‘The Wild, the Innocent & the E Street Shuffle’ from 1973. 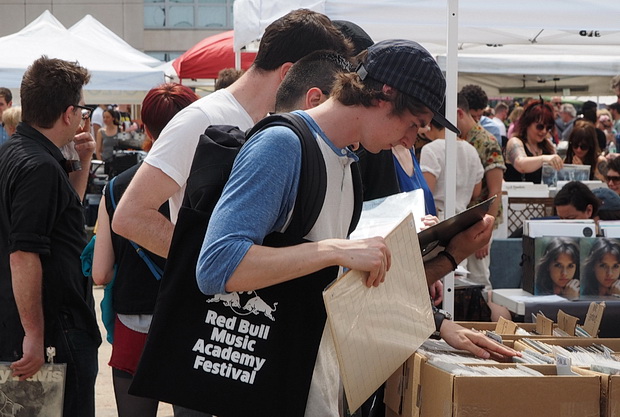 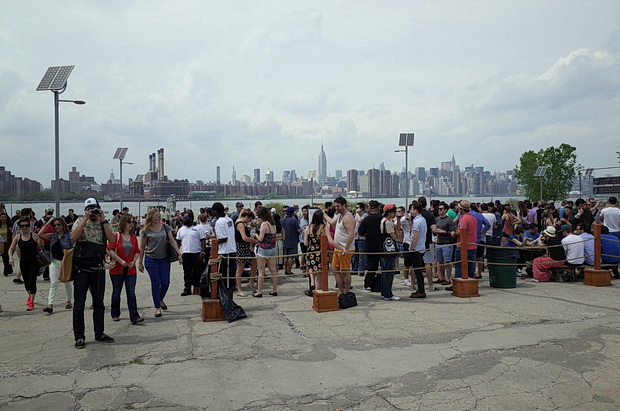 The park was very busy indeed. 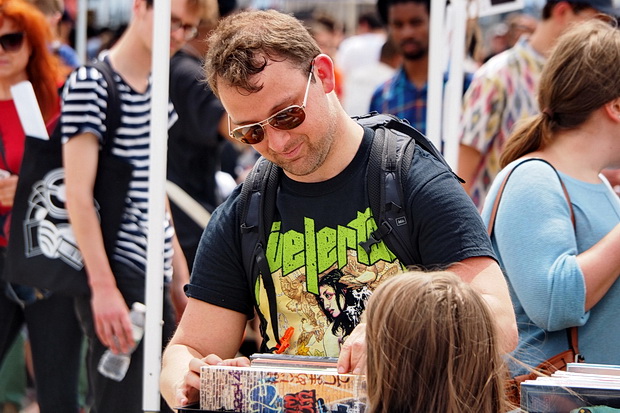 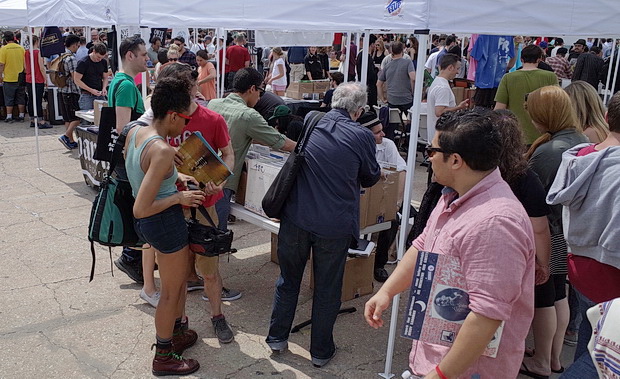 A man walks by with a $3 Benny Goodman album under his arm. Good purchase, sir! 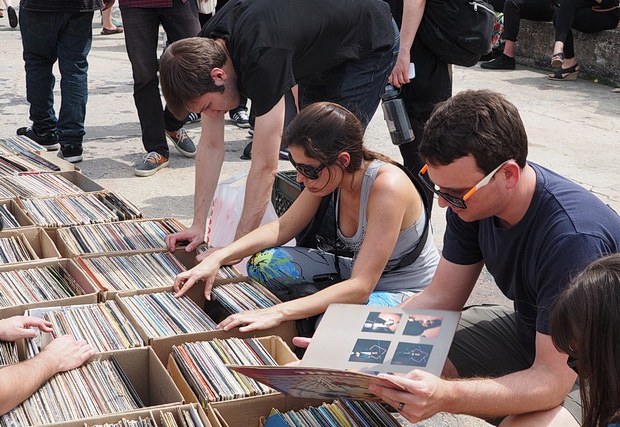 A shopper examines the inner sleeve of The Cars’ 1984 ‘Heartbeat City’ album. 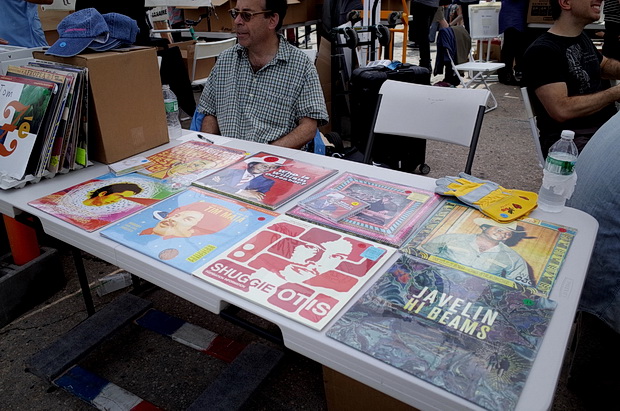 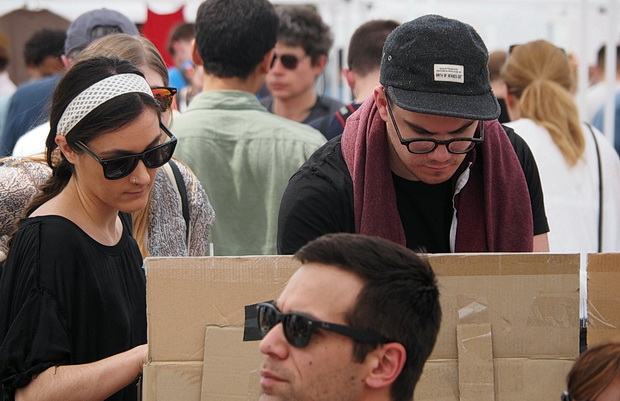 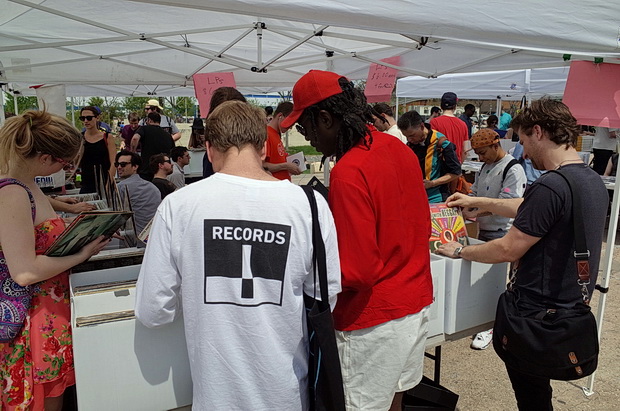 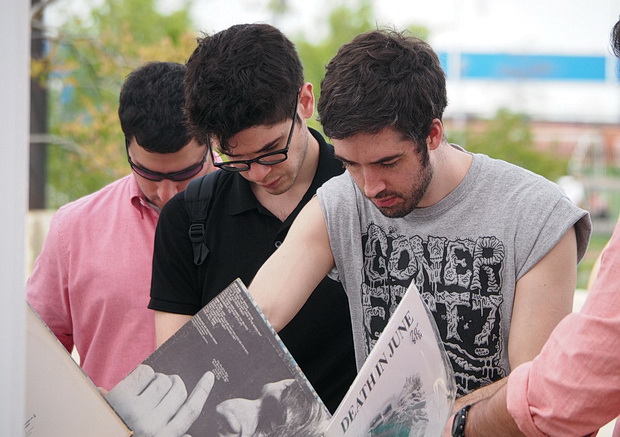 A rare Death In June album and God Bless Tiny Tim from 1968 get put to one side. 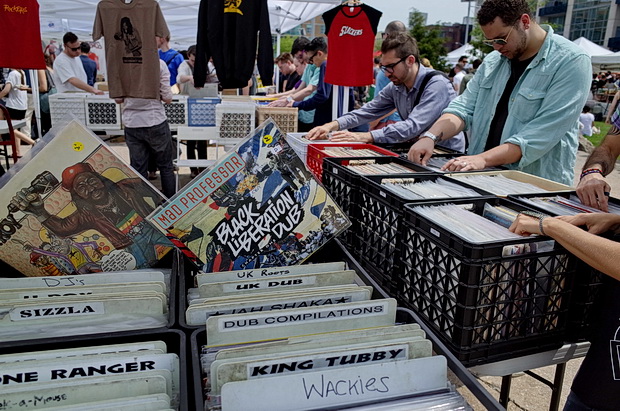 In the dub collection. 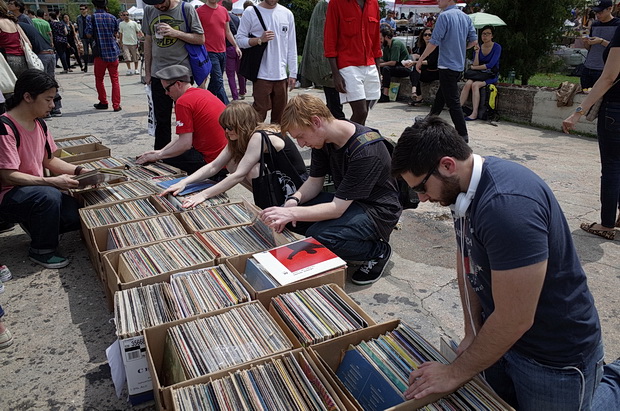 Herbie Mann’s ‘Glory of Love’ album is put aside. 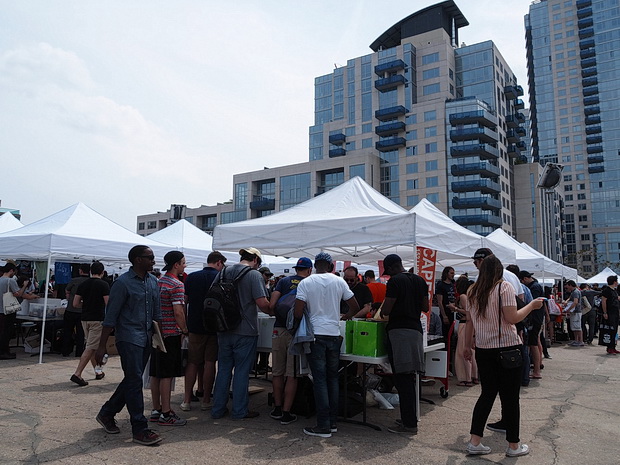 You don’t have to look far to see the impact of gentrification in Williamsburg. All those shiny luxury condos towering in the distance weren’t there a decade ago. 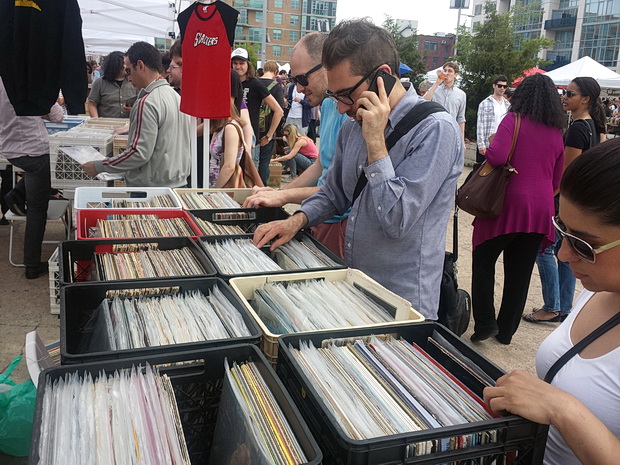