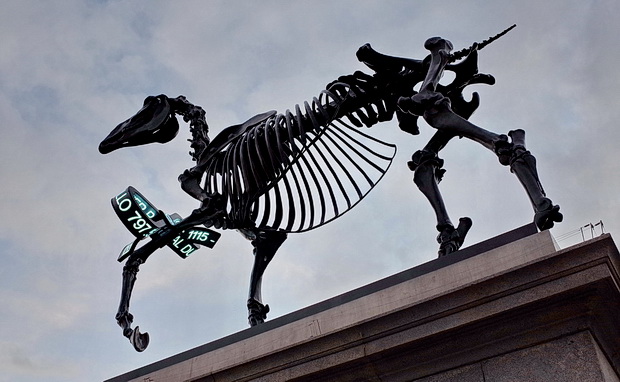 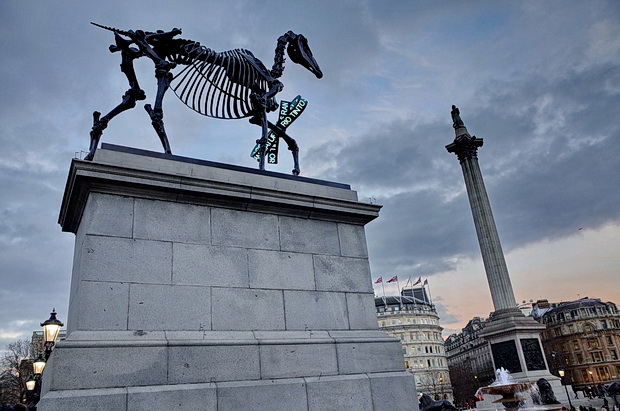 Created by German artist Hans Haacke, the striking bronze of a riderless horse is said to be a wry reference to an equestrian statue of William IV originally planned for the plinth, which never materialised due to a lack of funds.

The 78 year old New York-based artist said he was inspired by an engraving in The Anatomy of the Horse (1766) by English painter George Stubbs (whose works can be seen in the adjacent National Gallery, on Trafalgar Square).

Haacke declined to explain the message behind the sculpture, telling the BBC:

“It is an invitation to make connections, but I would not like to give directions. I’m sure there will be a diversity of responses. That is not only true for this but any kind of art.” 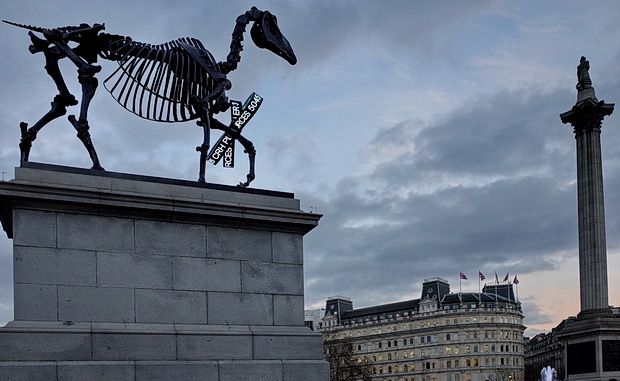 I think it’s one of my favourite pieces on the plinth so far, although I still really like Nelson’s Ship In A Bottle. 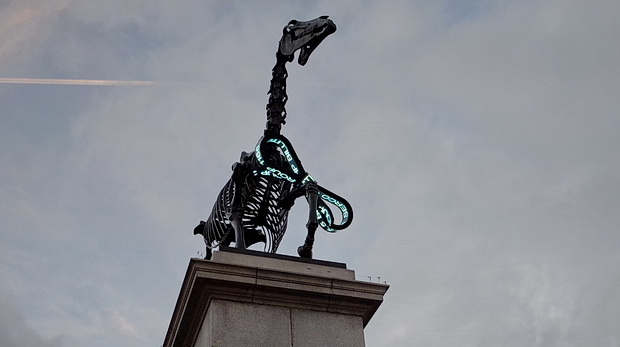 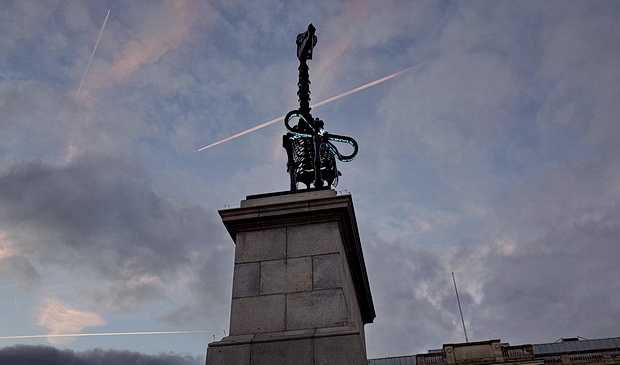 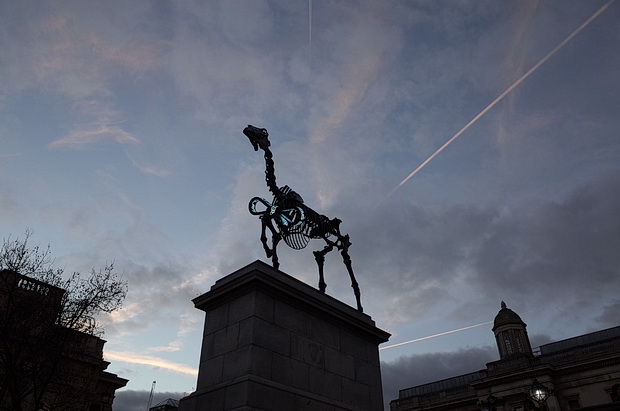 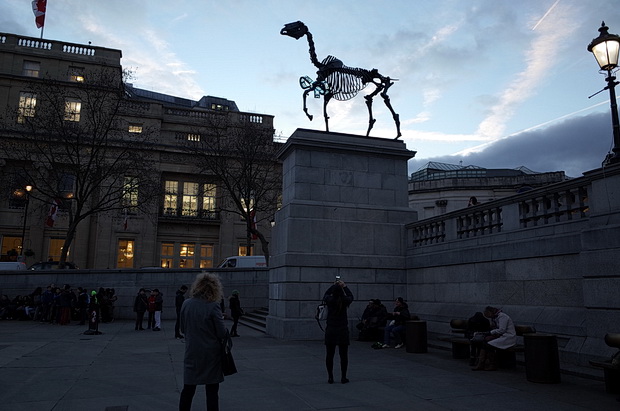 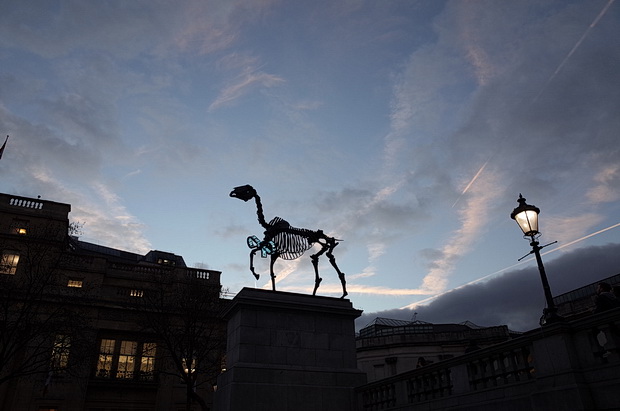 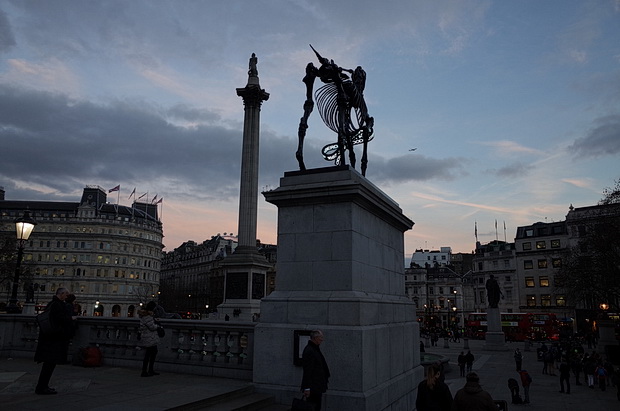 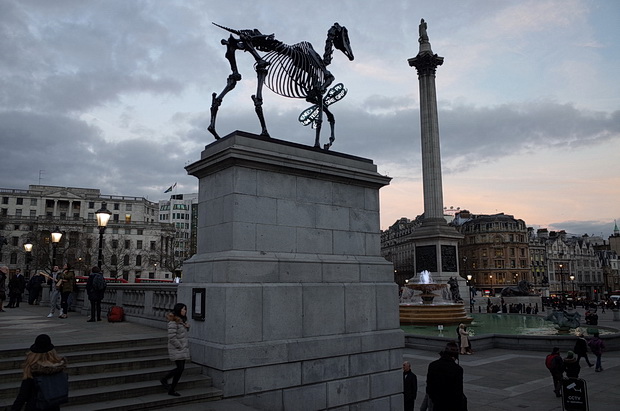 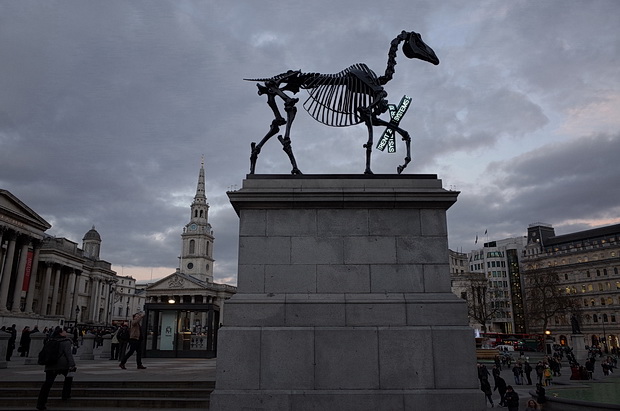 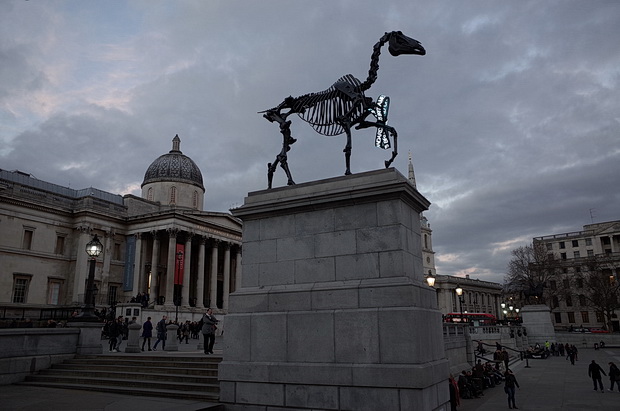 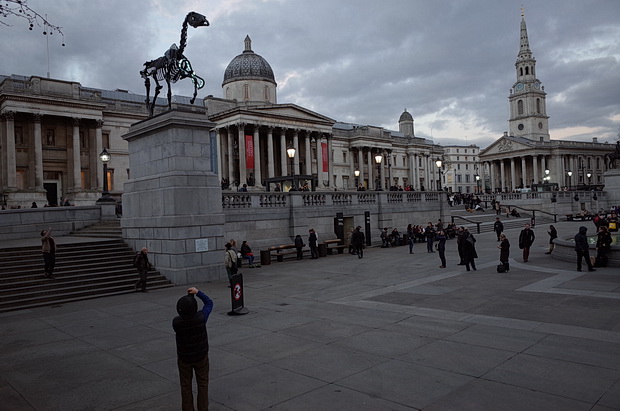 Read more about the artist: Horseplay: What Hans Haacke’s fourth plinth tells us about art and the City [Guardian]

Do you like the new sculpture? Please add your thoughts below or talk about London matters on the urban75 forums.

Do NOT climb on Mark Wallinger’s White Horse on the Mall, London