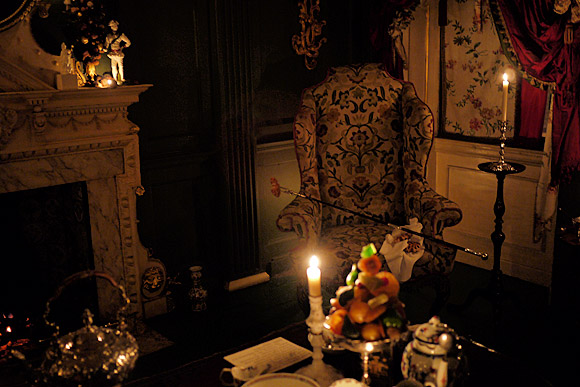 Situated close to Spitalfields market, Dennis Severs’s House at 18 Folgate Street is a Georgian terraced house which has been turned into a time capsule.

Taking its name from its last resident, the Californian Dennis Severs who resided there from 1979 to 1999, each of the ten rooms in the house has been authentically recreated in a different period style, mainly covering the 18th and 19th centuries. 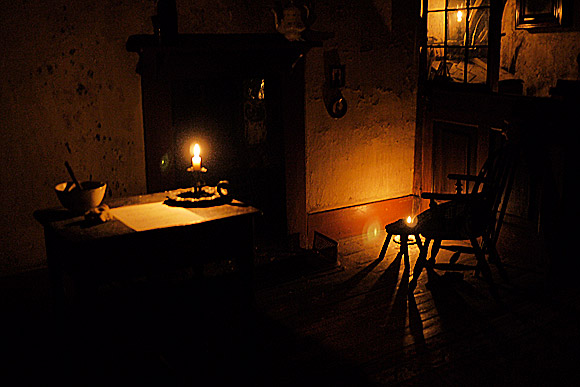 It’s not like a regular museum though, as each room is designed to appear as if the occupants have just popped out – so you can see half-eaten dinners and fresh fruit on display, with a rich mix of smells and background sounds adding to the feeling that you’ve stepped back in time. 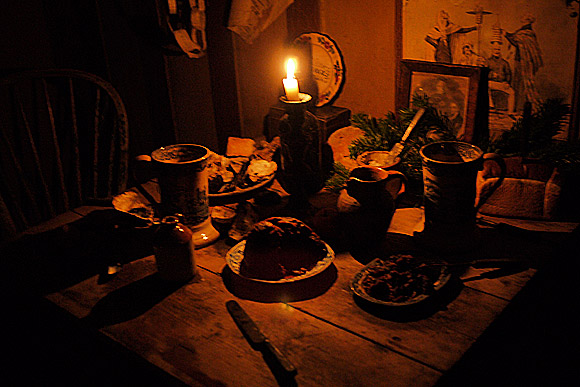 Entirely candle-lit, you can get a real feel for the centuries past as you walk around the house, and the attention to detail is impressive, with all the bric-a-brac of family life filling the rooms.

With only candles for illumination it’s very dark, so it takes a while for your eyes to adjust. After ten minutes, you really start to really appreciate the wonders of electric light! 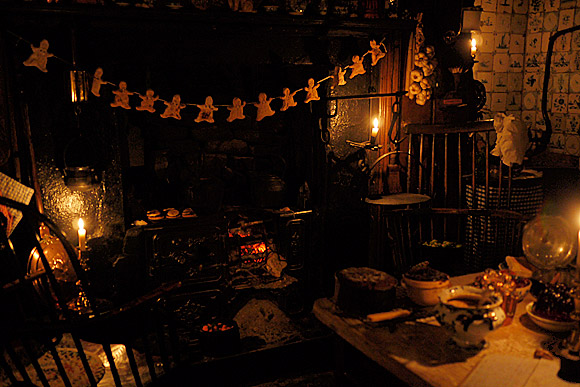 Real fires roar and with tables filled with festive fare, it was hard to resist the temptation to pull up a fireside chair and get stuck in. 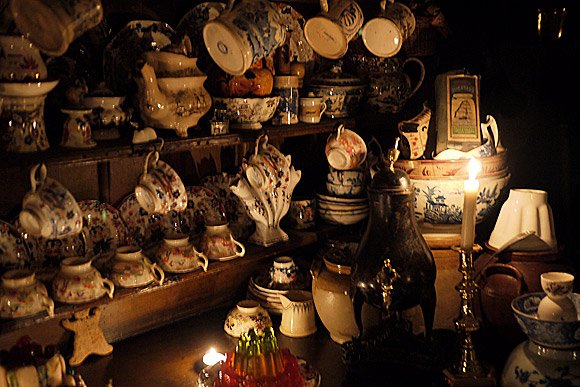 You can book a visit to the house from the website below, with rates ranging from £5 for a lunchtime visit to £12 for an evening visit.

It can get quite crowded too – we were fortunate that the rather harassed man on the door sent us upstairs first because the downstairs was so full.

This meant that we were able to appreciate the silence and tranquillity of the rooms as we worked our way downstairs, rather than do battle with the hordes.

Several of the rooms were decorated ready for Christmas, and it was lovely to see (and smell) the over-the-top glory of a Victorian Christmas.

The house is fully booked for the Christmas season now, but I recommend it as a great place to visit in the New Year – but try and go on a quiet time to really appreciate its beauty and mystery.