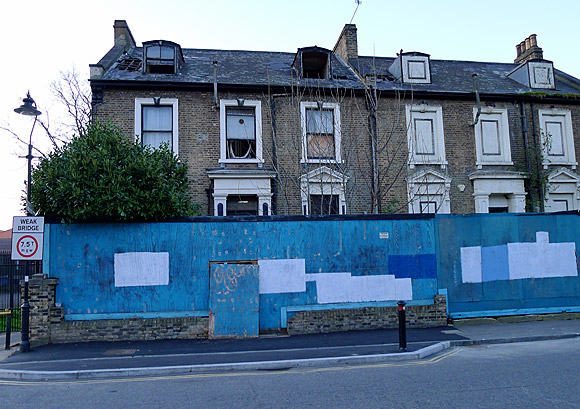 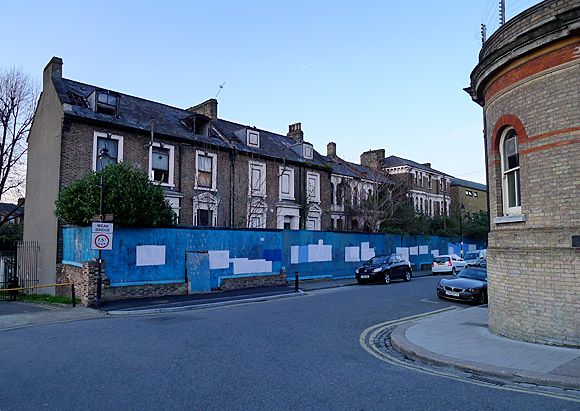 As far as I can make out, the properties are owned by either the Maudsley and/or King’s College Hospital, or by Southwark council and they’ve been officially empty for over a decade while the owners decide what to do with them. 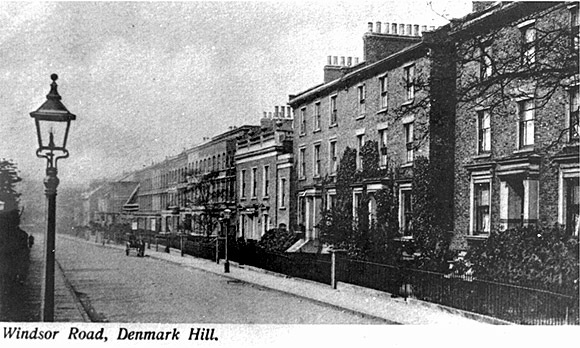 The street in better days, seen in this view c.1900. The area was popular with German immigrants – look down the street and you can just make out the sloping roof of the Lutheran chapel (above the delivery cart). 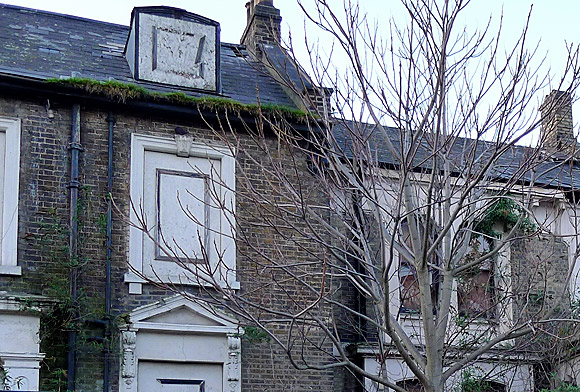 The buildings were looked after by squatters for several years before they were thrown out into the streets some time in February 2006, and since then these attractive Victorian homes have been left to slowly rot away. 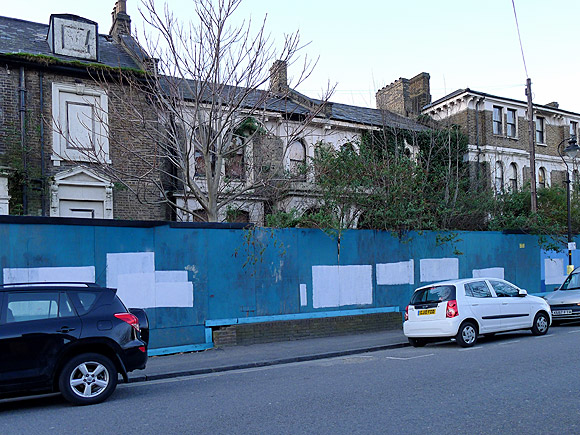 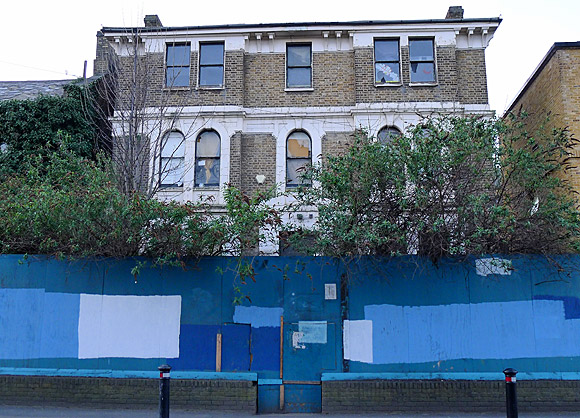 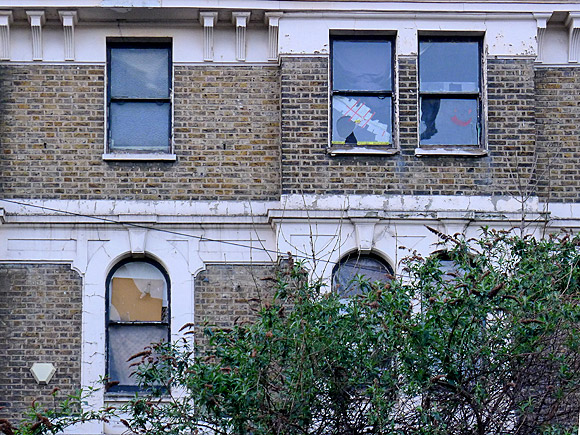 Broken and boarded up windows. 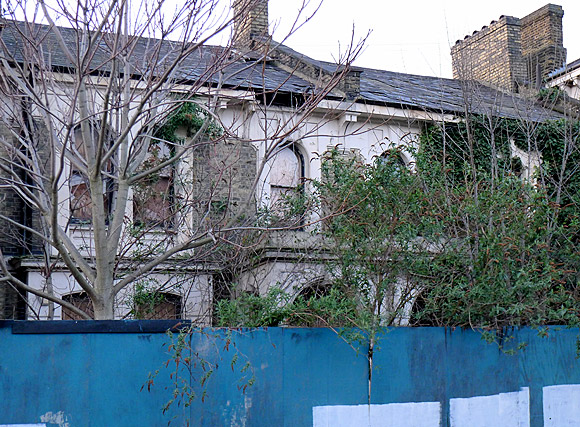 Parts of the buildings are open to the elements, with roof tiles missing and broken windows, with the guttering blocked with moss. 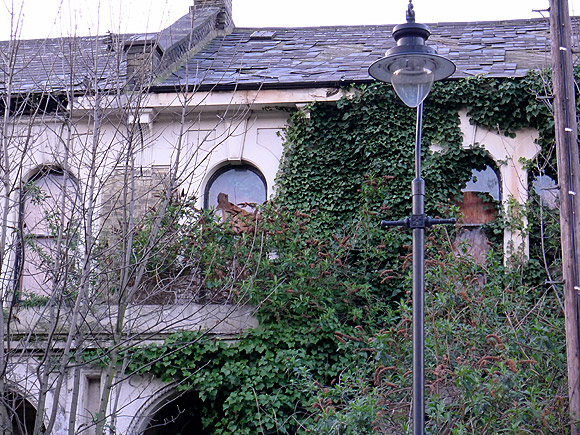 This early Victorian villa was clearly once a very attractive family home. 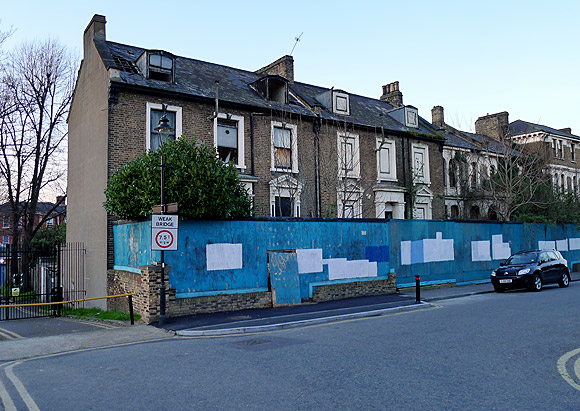 A last look at the street.

The removed hoarding panel to the left suggests that perhaps squatters have moved back in – let’s hope so, because without some care and attention, these fine buildings are surely heading for demolition to  be replaced by some bland  – but no doubt highly profitable – ‘luxury lifestyle’ apartments.

Or, even better, maybe the NHS (or whoever it is that’s sitting on these buildings) will finally get their wasteful arses into gear and incorporate them into the nearby hospital or open them up for housing.

The owners of these buildings should be utterly ashamed of themselves.

Find out more and discuss the buildings here.