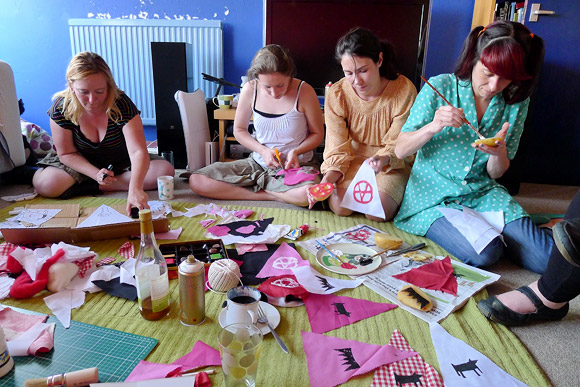 With no less than two big Offline Club anti-royal wedding parties coming up this weekend, the urban75 Craft Club was called in to create some Anarchist Bunting to add a bit of monarchy-dissing style to the two south London venues. 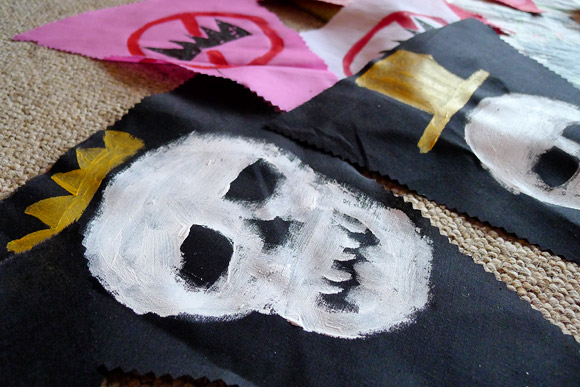 Being a Craft Club meeting, there were vast amounts of home-baked snacks, gorgeous cakes, strong cider and piping hot tea on hand, and things soon got busy at the ‘Frontline of Buntline.’

Working hard throughout Sunday afternoon, the Craft Club brainstormed ideas for suitably anti-royal graphics and captions, with the ideas running from smart to surreal to plain daft. It was heap of fun! 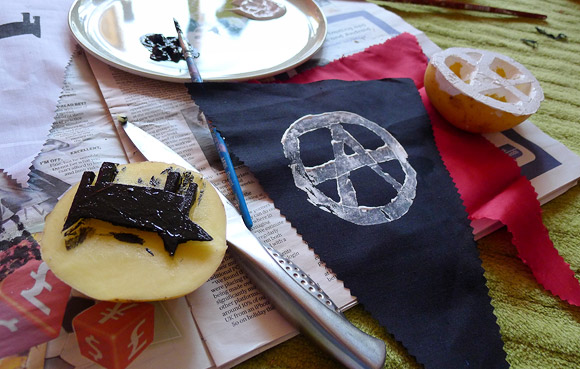 Pushing home the ‘stuff the royal nuptials’ message, the final designs were created with acrylic paint, time-honoured potato-prints and some hand drawn art. Check out the ‘dead corgi’ potato print above! 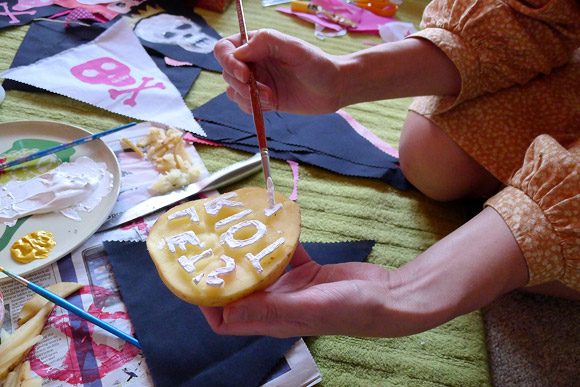 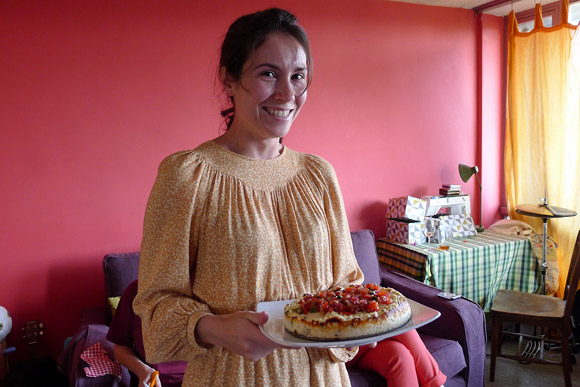 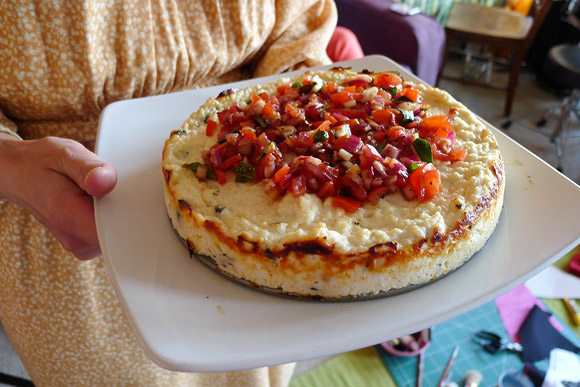 It was as tasty as it looked too! 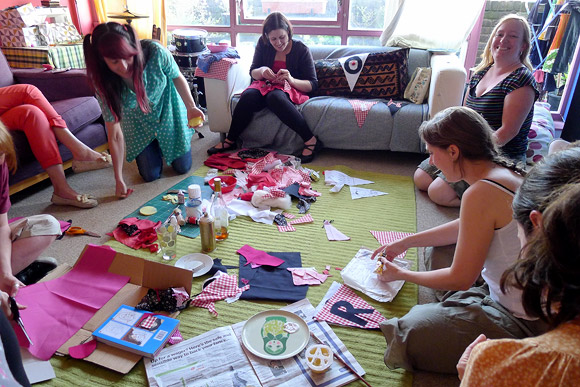 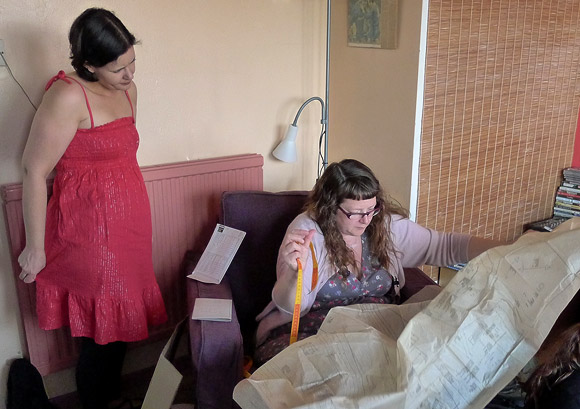 Either that or they’re looking at a dress pattern. 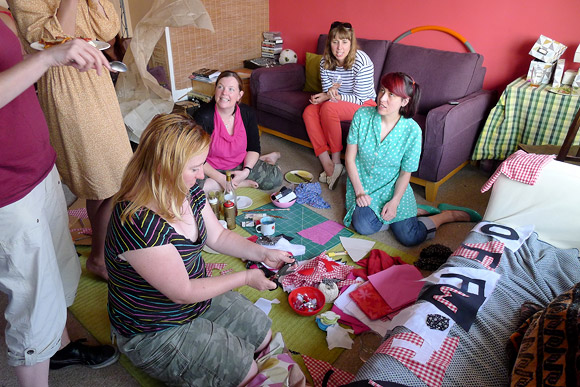 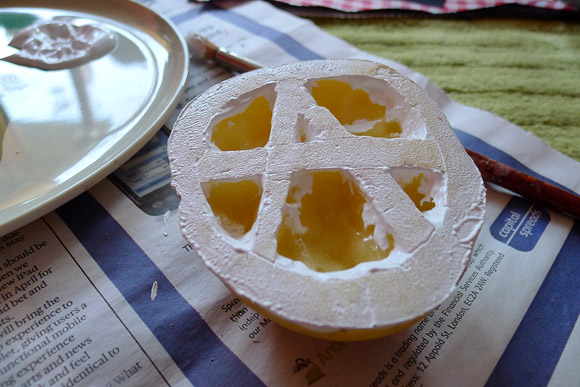 Offline has two big anti-royal wedding gigs coming up this week. They’re both FREE so come along and admire the bunting!!

Friday 29th April at the Prince Albert, 418 Coldharbour Lane, Brixton SW9 8LF
PUNK VERSUS NASHVILLE WEDDING NIGHT SHOWDOWN!
Let’s drink our way through the nightmare of the Royal Wedding and go crazy to a fantastic soundclash with the beautiful country sounds of Nashville’s KELLY PAIGE versus the the punk rock soundtrack of Brixton’s hottest Ramones cover band, S.E.D.A.T.E.D.. We’ll also have the usual beer-swilling gang of DJs to keep you grooving till 3am

Firm but fair advisory notice on the Grosvenor’s piano

Grime vs Thrash Metal in Brixton with Mortad vs James Pyke

Punk vs Country Brixton showdown – knees-up and a pile on!