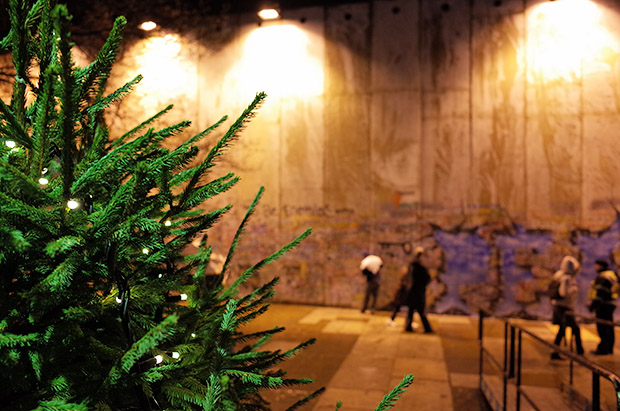 This striking sight of a stark, 8 metre high concrete wall could be seen in front of St James’s Church in Piccadilly over the Christmas period. 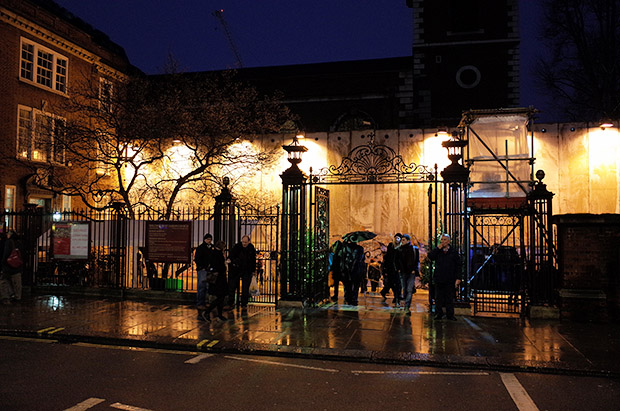 The installation was part of Bethlehem Unwrapped, a festival which aimed to go “behind the romanticised Christmas card images of the ancient city to show what life is like for people in Bethlehem today.” 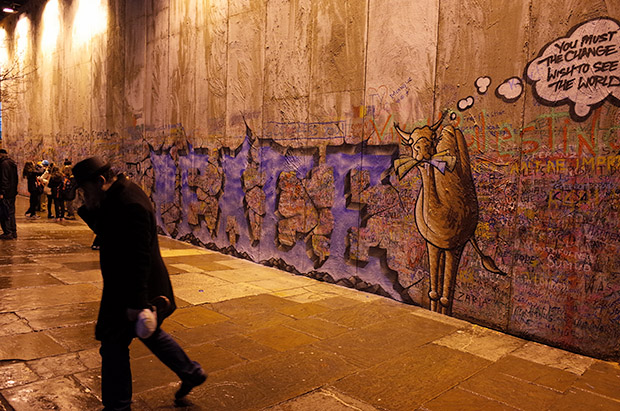 Visitors were invited to leave a message on the wall, in the form of  a poem, a reflection, an image or prayer from any faith. 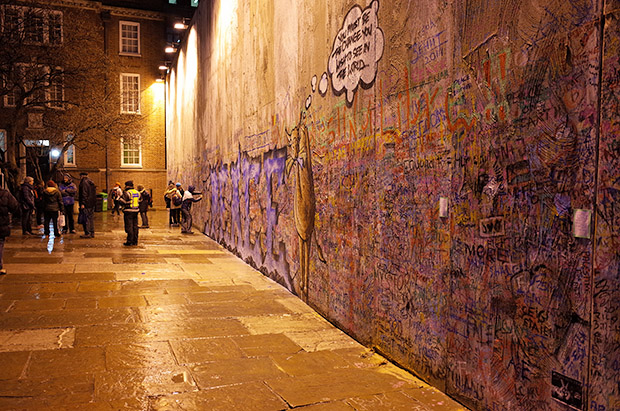 The 8m high wall was a life size replica of the separation wall that has been built by Israel in the West Bank. 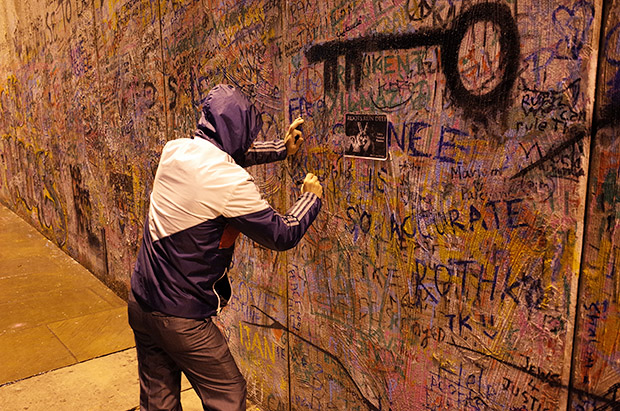 The Bethlehem Unwrapped website explains the background to the wall that inspired the installation:

In 2002, the government began building what was described as a Security Fence in occupied Palestinian Territory. The stated purpose was the security of Israeli citizens. In 2004, the International Court of Justice at The Hague declared the Barrier illegal under international law and called on Israel to dismantle the walls, return confiscated land and make reparations for damages.

The Wall is called variously the Separation Barrier, the Security Barrier and the Wall, and stretches 708 km, the distance between London and Zurich.

It is twice the length of Israel’s ‘green line’ border, agreed in 1949. 85% percent of the wall will not be built along Israel’s internationally recognized pre-1967 borders. Along its length the Barrier consists of fences, ditches, razor wire, groomed sand paths, an electronic monitoring system patrol roads and a buffer zone.

Approximately 61 km of the constructed Barrier consists of 8-9 metre high concrete slab segments which are connected to form a wall, particularly in urban areas such as Jerusalem, Bethlehem, Qalqiliya and Tulkarm. Land obtained for construction of the Barrier is requisitioned from Palestinian landowners by the Israeli Ministry of Defence through military orders.

Most orders are valid for three years and are renewable. (Source: UN Office for the Coordination of Humanitarian Affairs July 2011) 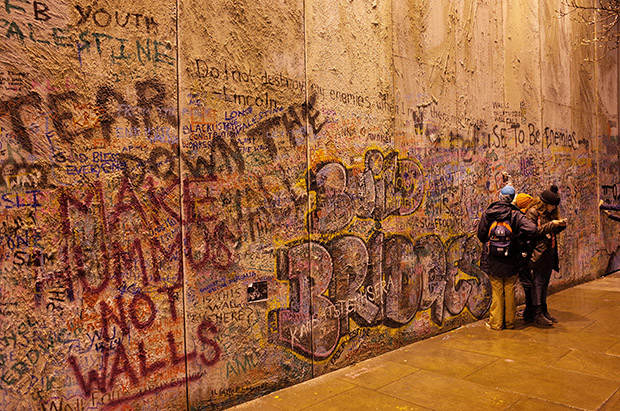 Video of the wall under construction: 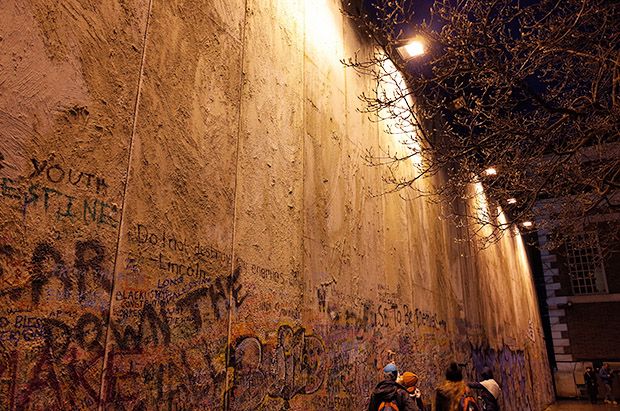 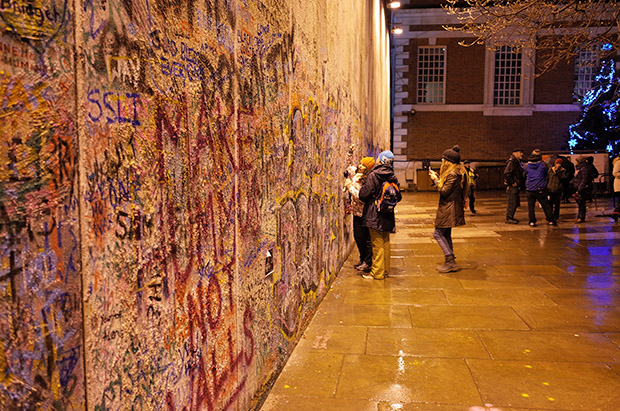 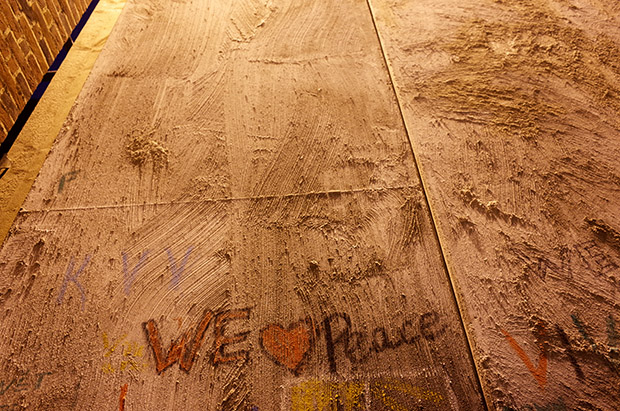 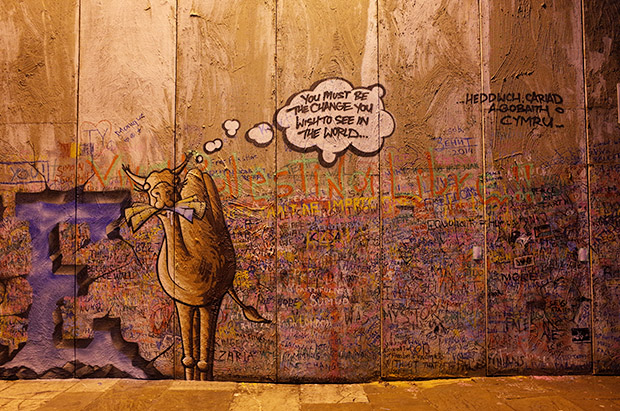 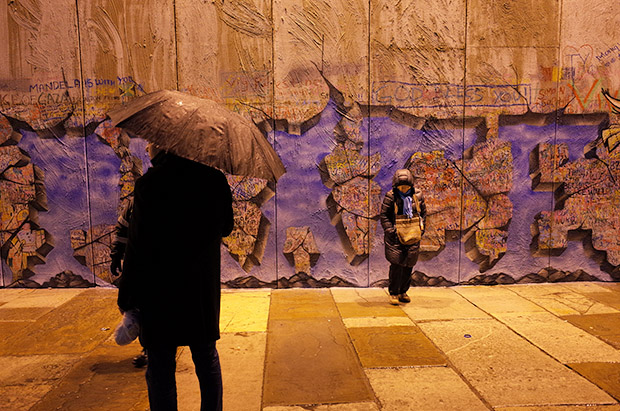 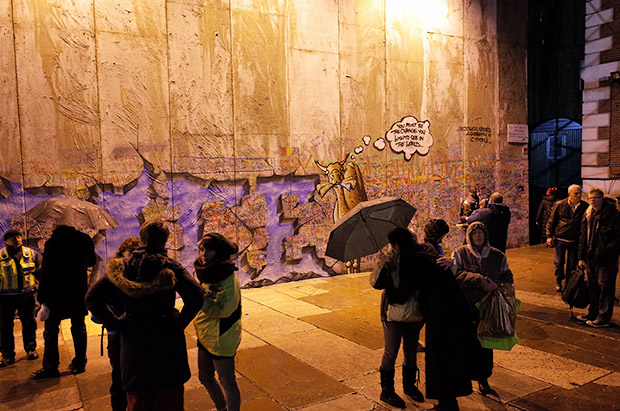 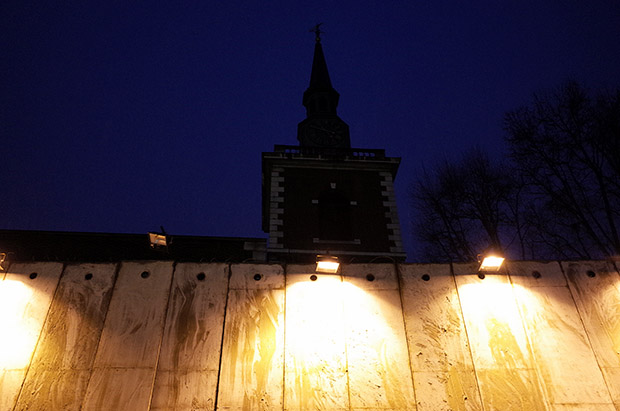 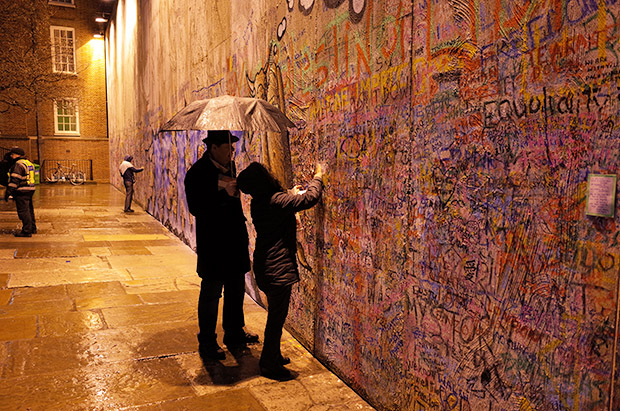 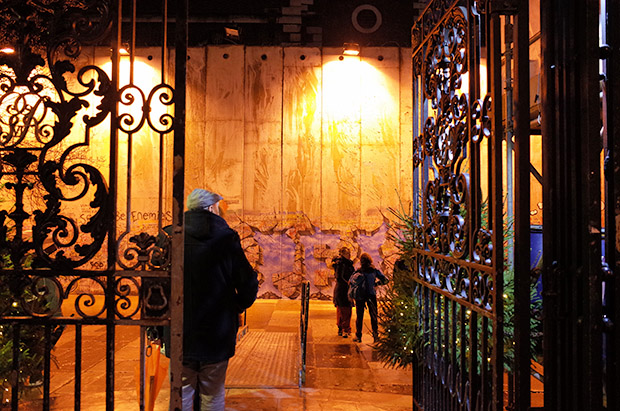 Brixton sign of the day: the Gas Metre Room