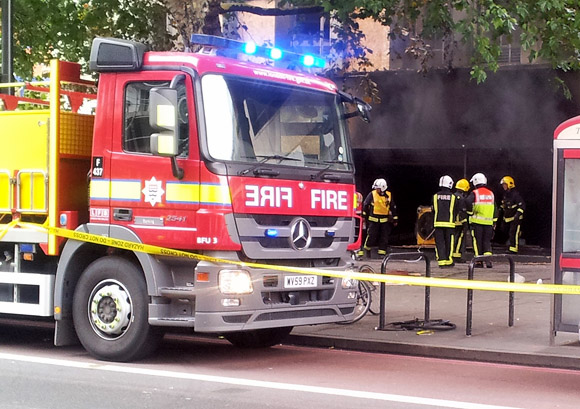 I’m still not sure of the mechanics of a fire that can start up again two weeks after it had supposedly been put out, but the riot-damaged Footlocker store in central Brixton was ablaze again last night and is still smouldering now. 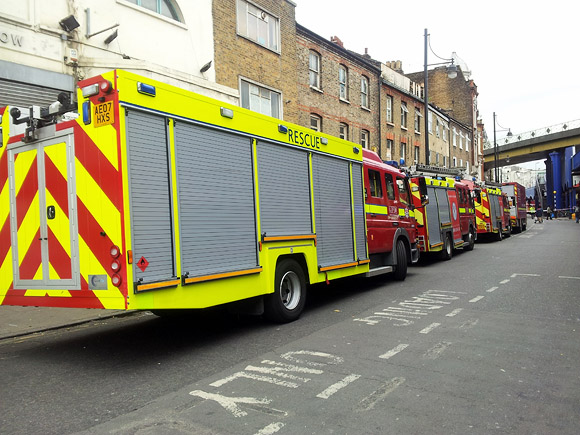 There’s fire engines all along Atlantic Road and the surrounding streets.

Local rumour has it that the fire was put down this morning but then reignited this afternoon, prompting another huge Fire Service presence. 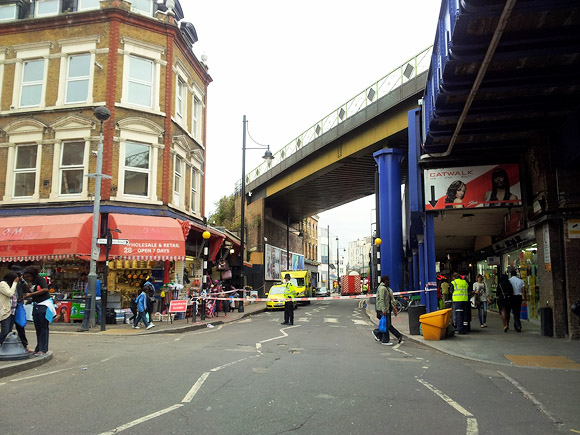 Coldharbour Lane has been sealed off since last night. The tube has also been closed all day, as has stores like  Sainsbury’s, Argos and the beleaguered Carphone Warehouse. 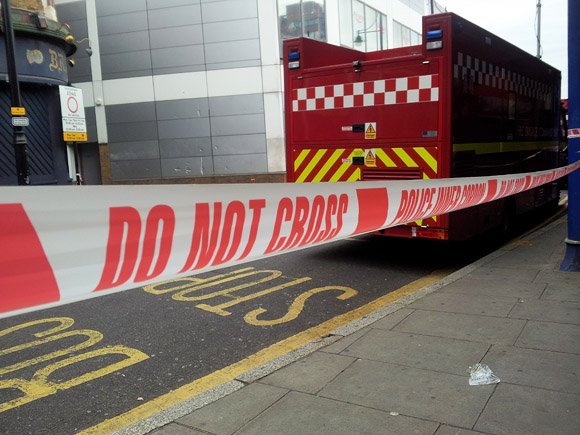 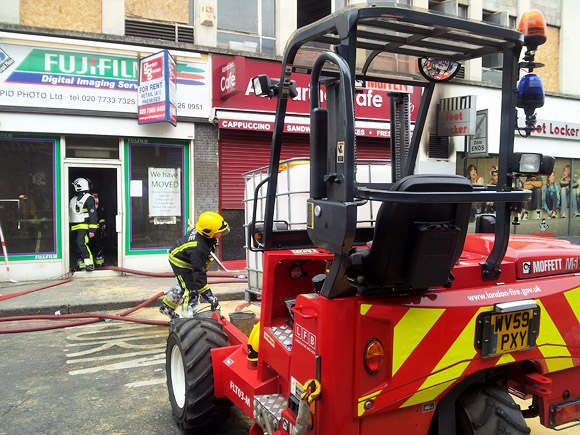 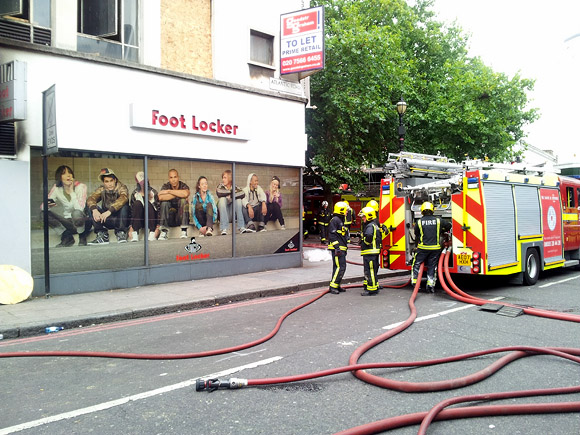 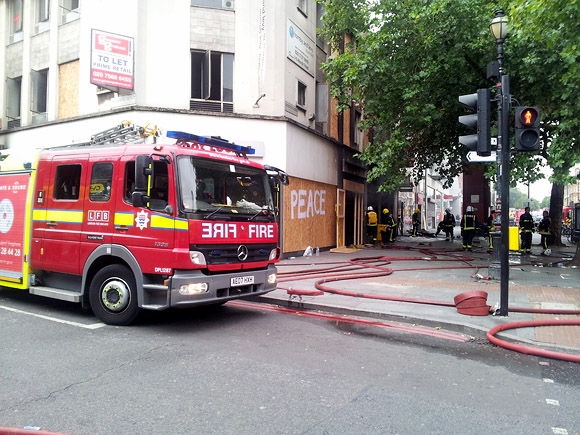 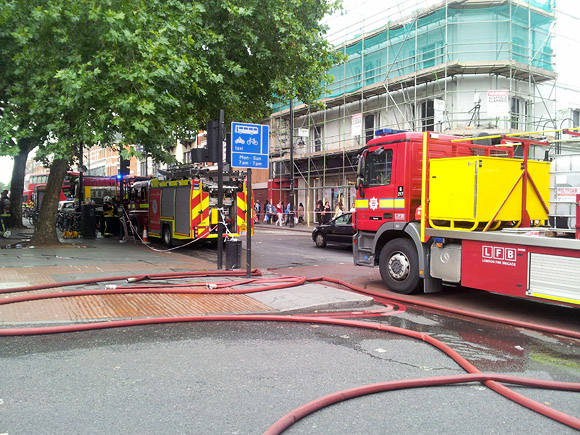 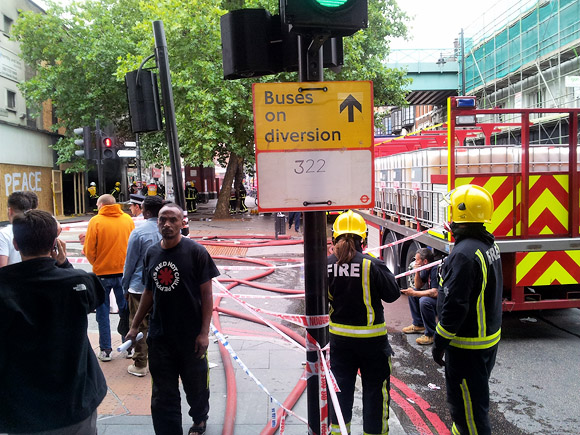 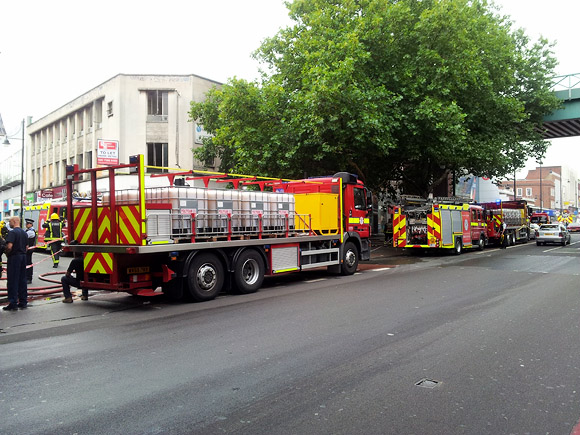 There’s all sorts of Fire Brigade vehicles parked around the site – I counted well over 20. 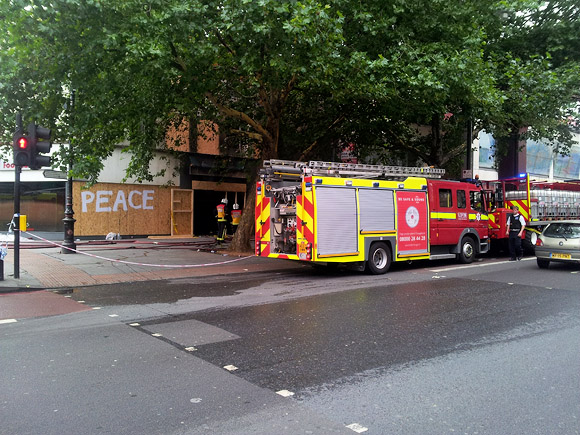 You can see part of the ‘Love Wall‘ around the Footlocker store above. 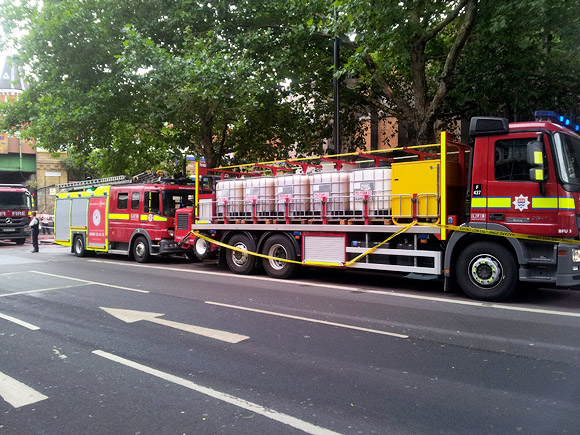 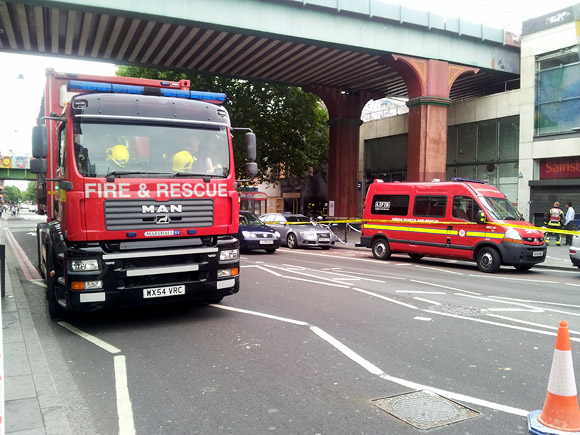 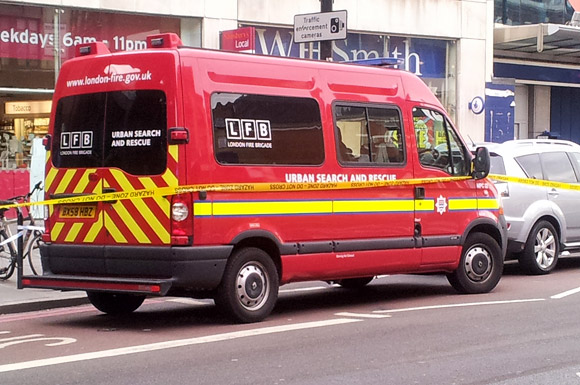 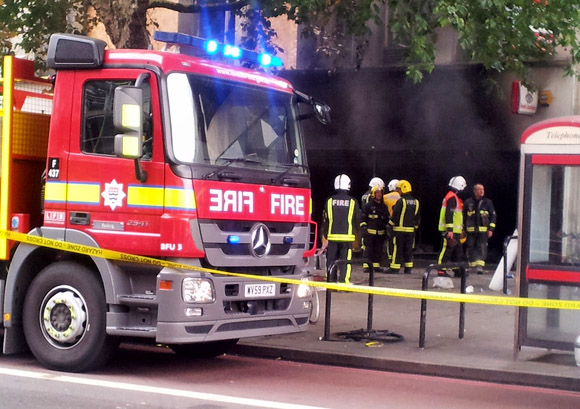 Smoke is still billowing out of the building. 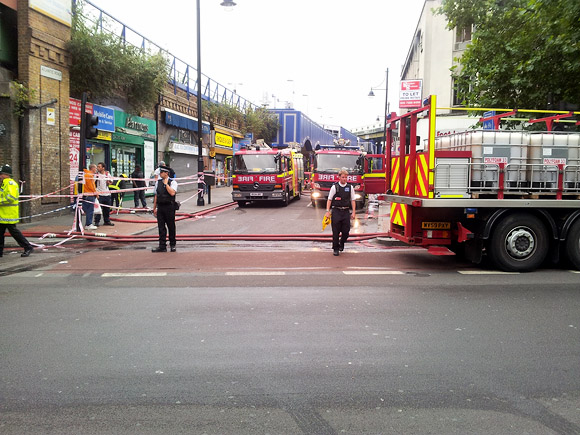 A look up Atlantic Road.

Brixton closes down as rumours of fresh trouble circulate