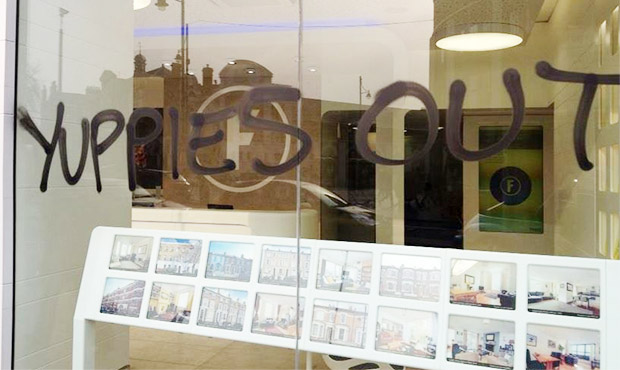 It looks like not all of Brixton is delighted to have a shiny new Foxtons office opening up on the site of the old Speedy Noodles restaurant, with the estate agent’s windows being scrawled with the words ‘Yuppies Out’  and ‘Yuck’ over the last few days. 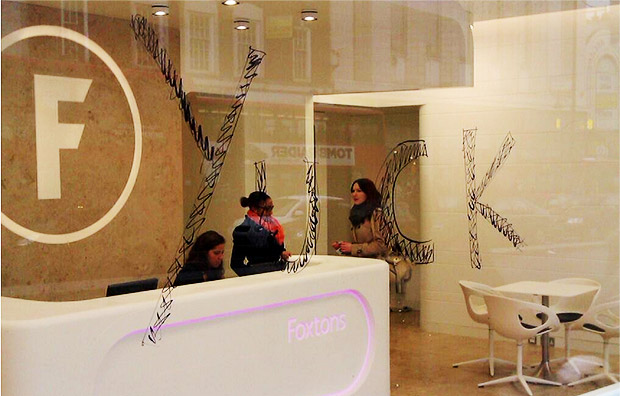 As reported in an earlier post, Foxtons have an appalling reputation. After they were forced to reword their contracts after a court order from the Office of Fair Trading, here’s what The Guardian had to say about the company’s business ethics:

Staff were paid minimal basic salaries plus commission so that, according to one former employee, they were “driven to do almost anything to clinch a deal”.

Dodgy practices included pulling down other agencies’ For Sale boards and putting up their own for properties they weren’t even selling. 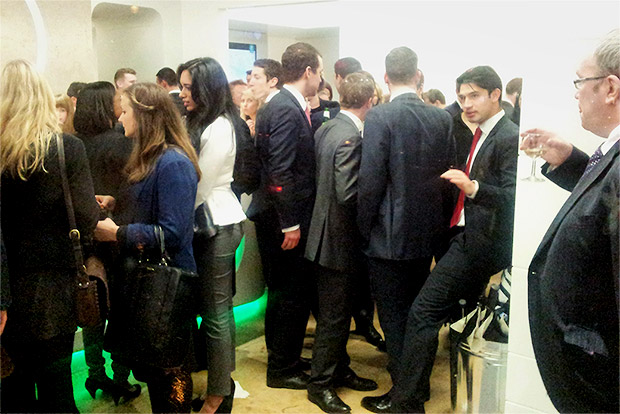 Earlier this week, the snooty and sneering Estate Agent Today site had this to say about the new Foxtons office opening in Brixton:

As talk surfaces of a stock market float for Foxtons, you may have wondered what it would be like to be driven around in one of those foxy little Foxtons cars.

Well, a journalist recently went in one and reckoned she’d have had a better reception if she’d been clocked in a Nazi tank. People glared and curled their lips, apparently.

Mind you, it was Brixton.

Not that we’re saying there’s anything wrong with Brixton. But (a) it’s not Belgravia and (b) it’s where Foxtons have opened up in what was formerly probably Brixton’s idea of a health food shop – a popular quick noodle joint. 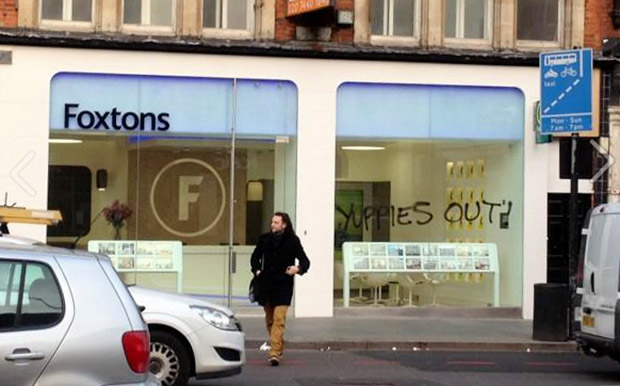 Discuss the arrival of Foxtons – and their dodgy practices – on the urban75 discussion thread (already over 300 messages long!).

[All pics from the urban75 thread]

Brixton people! Know your enemy. Foxtons are in town

The Brixton apocalypse begins as Foxtons arrive on Brixton Road

Dancing in the streets – more photos from the Brixton Thatcher party

Over 600 people sign up for Thatcher party in Windrush Square, Brixton tonight

One Comment on “Brixton Foxtons gets “Yuppies Out” and “Yuck” graffiti”