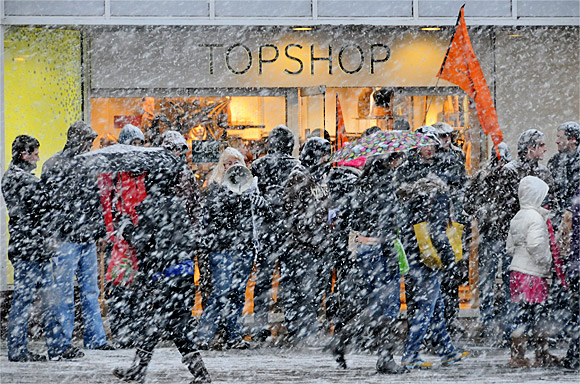 In a full-blown blizzard, we joined a bunch of snow-shrugging protesters to close down  the Brixton TopShop and Vodafone stores  to highlight their owners’ tax-swerving activities. 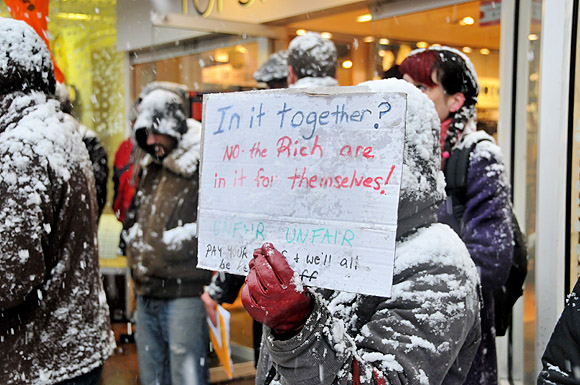 Sir Philip Green is a multi-billionaire businessman, who runs some of the biggest names on British high streets. His retail empire includes brands such as Topshop, Topman, Dorothy Perkins, Burton, Miss Selfridge and British Home Stores.
Philip Green is not a non-dom. He lives in the UK. He works in the UK. He pays tax on his salary in the UK. All seems to be in order. Until you realise that Philip Green does not actually own any of the Arcadia group that he spends every day running.
Instead, it is in the name of his wife who has not done a single day’s work for the company. Mrs Green lives in Monaco, where she pays not a penny of income tax.
In 2005 Philip Green awarded himself £1.2bn, the biggest paycheck in British corporate history. But this dividend payout was channeled through a network of offshore accounts, via tax havens in Jersey and eventually to Green’s wife’s Monaco bank account.
The dodge saved Green, and cost the tax payer, close to £300m. This tax arrangement remains in place. Any time it takes his fancy, Green can pay himself huge sums of money without having to pay any tax.
Philip Green’s £285m tax dodge could pay for:
The full, hiked up £9,000 fees for almost 32,000 students.
Pay the salaries of 20,000 NHS nurses.  [UKuncut] 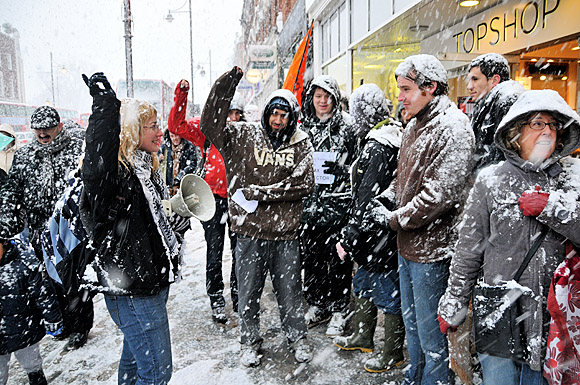 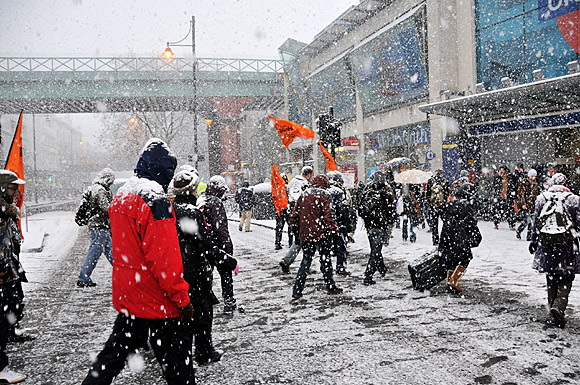 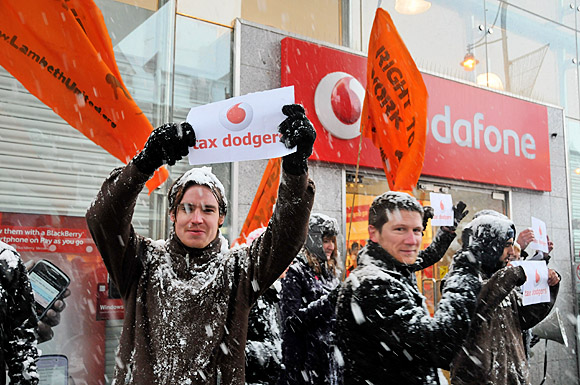 Vodafone swiftly shut up shop when they saw the protest heading their way! 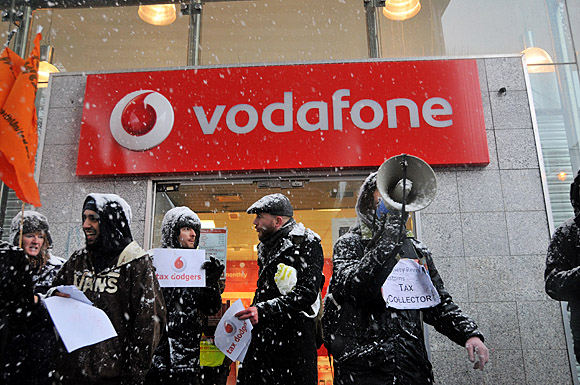 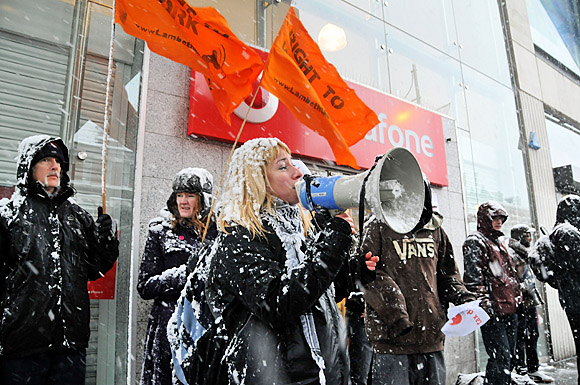 Brixton closes down as rumours of fresh trouble circulate

15 Comments on “Brixton TopShop and Vodafone protests brave the blizzards!”