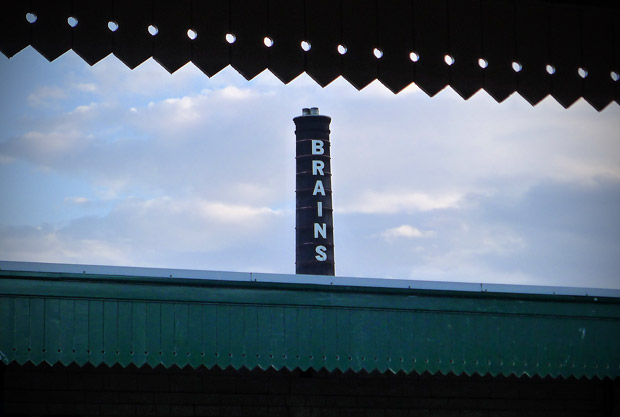 Stepping off the London train, there’s not many sights more welcoming than the dreamy vision of the Brains brewery tower, manfully thrusting into the Cardiff sky above the railway station. 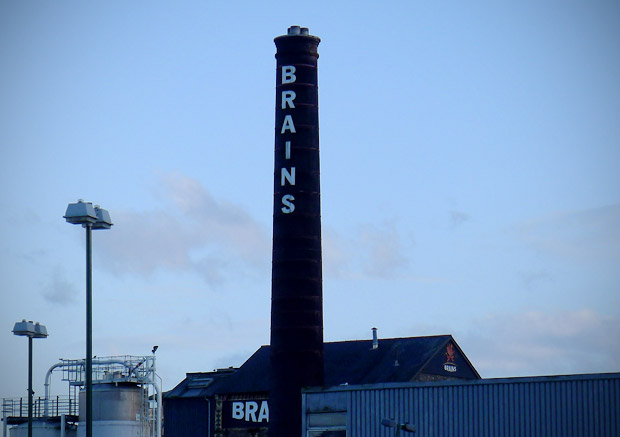 A veritable Smokestack of Beery Promise, the tower marks the location of the Brains Brewery, which shifted from the centre of Cardiff back in 2000.

The site of the old Brewery – which used to spew out its unique aroma around the confines of Chip Alley (aka Caroline Street) – has now been rebranded into a lah-de-dah ‘Brewery Quarter’. 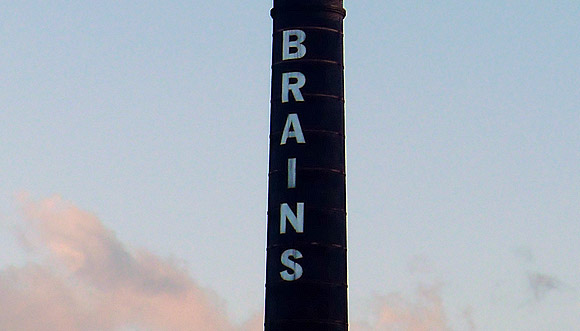 For over a decade, the Brains tower has stood as a welcoming vision to anyone arriving in Cardiff, delivering a clear, simple message: “Get ye to the pub and get swiftly smashed on Brains SA”.

And as far as I’m concerned, that’s real words of wisdom.

A tribute to the true taste of Wales: Brains SA (‘Skull Attack’)

3 Comments on “Great welcoming sites of Cardiff #1. The Brains tower”