File this one under ‘M’ for ‘Mindblowing.’

NASA has assembled the largest ever Hubble Space Telescope image showing a portion of the Andromeda galaxy – and it is truly astonishing. 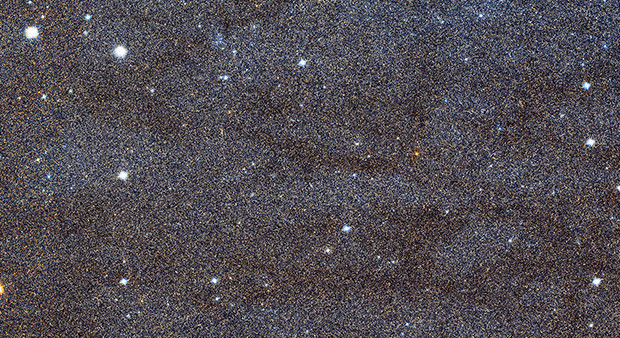 Click here to see the full size image and  try to get your head around the fact that everyone one of those tiny dots is a sun. Humbling and mind-boggling.

Here’s how NASA describes it:

The largest NASA Hubble Space Telescope image ever assembled, this sweeping bird’s-eye view of a portion of the Andromeda galaxy (M31) is the sharpest large composite image ever taken of our galactic next-door neighbour.

Though the galaxy is over 2 million light-years away, The Hubble Space Telescope is powerful enough to resolve individual stars in a 61,000-light-year-long stretch of the galaxy’s pancake-shaped disk. It’s like photographing a beach and resolving individual grains of sand.

And there are lots of stars in this sweeping view — over 100 million, with some of them in thousands of star clusters seen embedded in the disk.