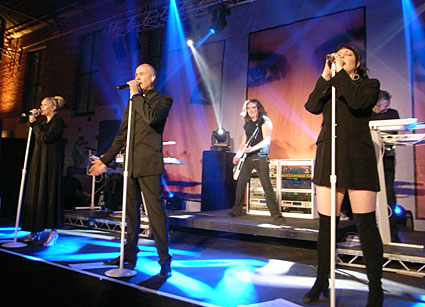 Last night, we went east to The Boiler House, in the Old Truman Brewery, right in the heart of trendy Brick Lane to see the mighty Human League in full effect playing a small venue and promising an “all killer and no filler” set. 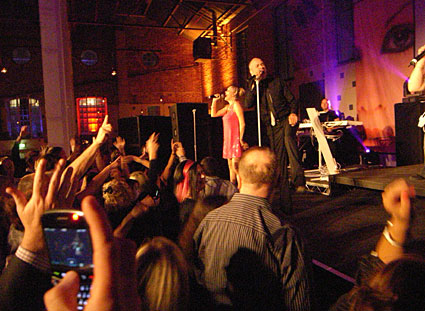 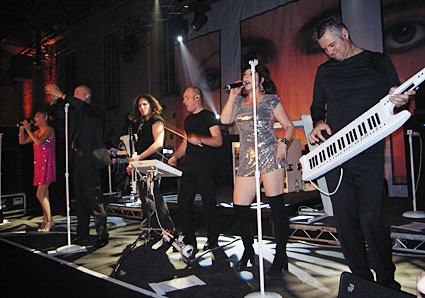 I’d been harbouring grave doubts about this because they were there as part of a corporate shindig for Palm phones, but the company had at least sweetened the pill by letting in some of the great unwashed through an open competition. 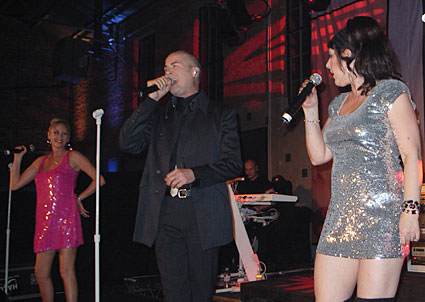 Despite the mass of swivel-action besuited types whose idea of rocking at a gig was to remain sat down for the majority of the set, the League really were exceptionally good. Oakey’s voice was still really, really strong and he was looking lean and mean too.

The sound was fantastic and I’d forgotten how they were pioneers in early electronica, and just how strong their back catalogue is.

It was a great gig and I feel quite privileged to have seen them in such a small venue …oh, and the beer was free too! 🙂 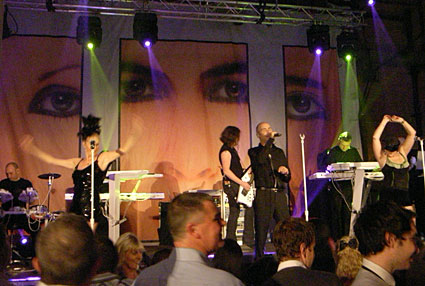 Suitably refreshed, I wobbled home via the fantastic bagel shop on Brick Lane, scoring a half dozen bagels for £1.20.

One Comment on “Human League live in Brick Lane”