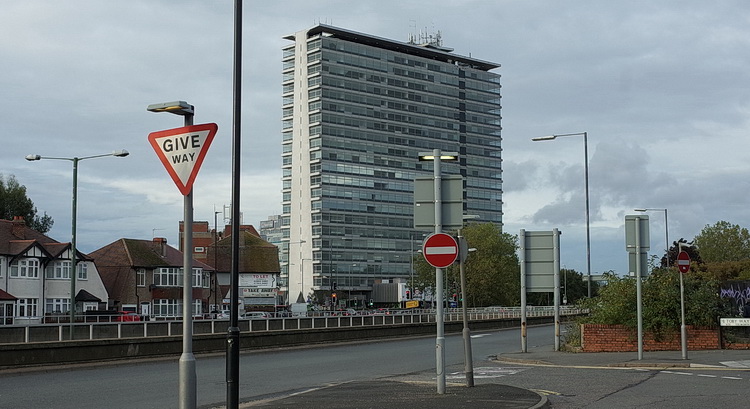 Faced with a quarter of an hour to kill before the next London bound train, I took a quick stroll around Tolworth, a suburban area in the Royal Borough of Kingston upon Thames.

It was once rather rudely described by the Evening Standard as the ‘scrag end of the borough.’ 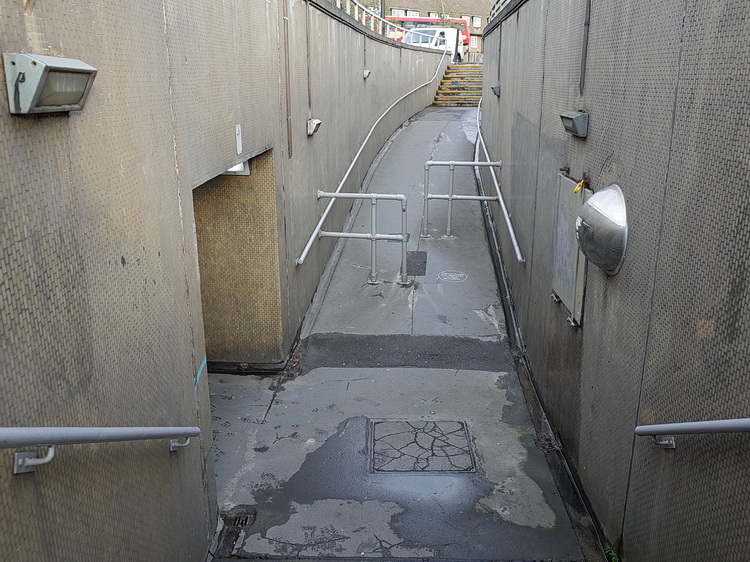 There’s been valiant attempts to make the walk from the station to the town centre via the Tolworth roundabout less grim, but it remains a fairly bleak place. 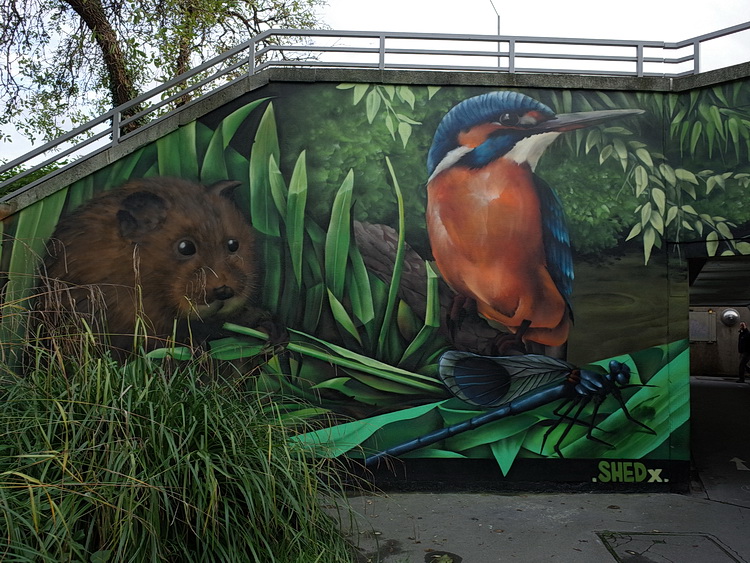 There’s a cheery mural showing the kind of wildlife that probably would have been displaced by the Kingston Bypass. 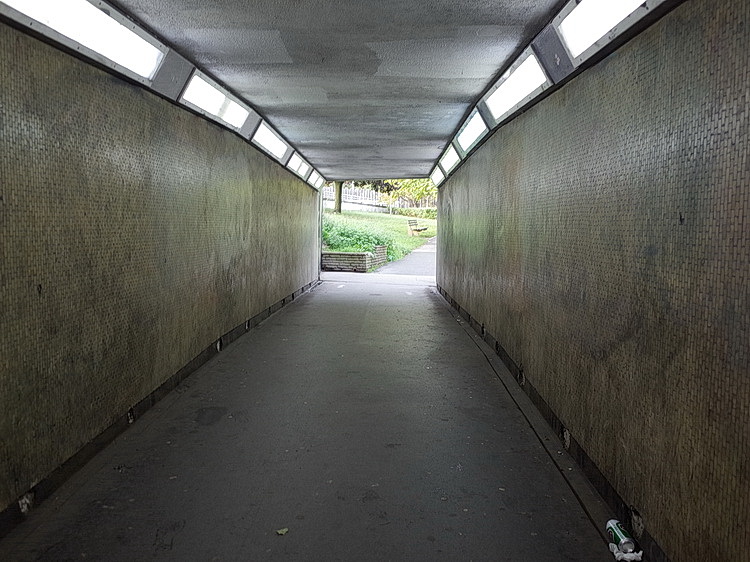 Underpasses are almost always inherently ugly. This one is no different. 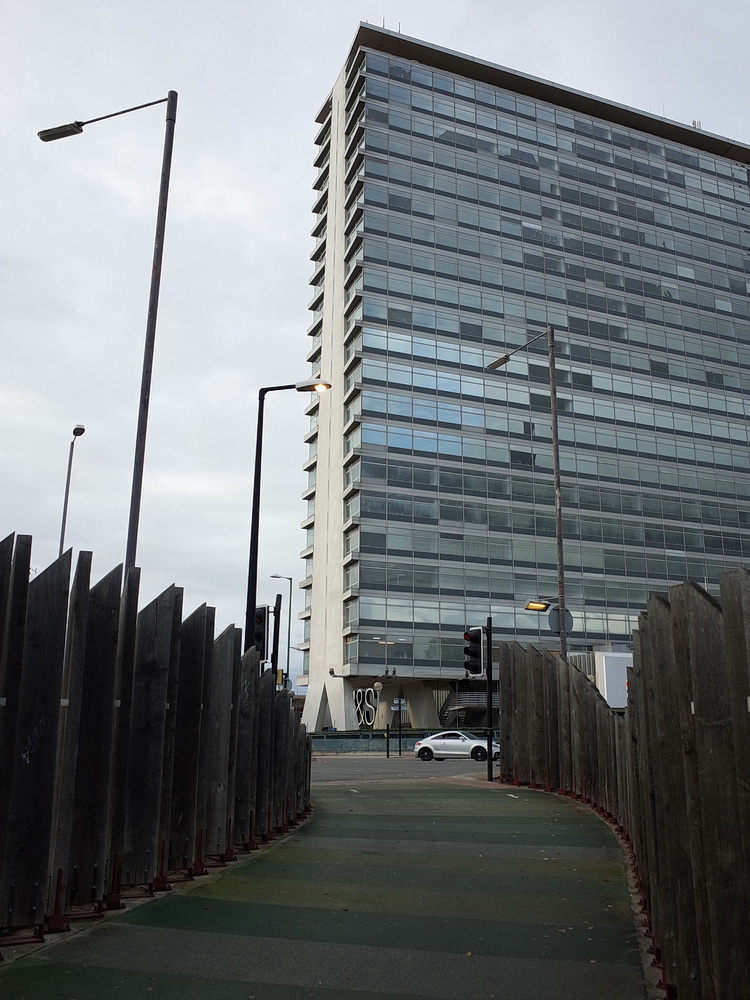 Dominating Tolworth from every angle – it’s the tallest building for miles around –  is the landmark Tolworth Tower, built on the site of the former Tolworth Odeon Cinema.

Designed by George Marsh of R. Seifert and Partners and opened in 1963, the tower stands 265 feet high with 22 floors, with the  ground floor mainly occupied by a Marks and Spencer  supermarket. 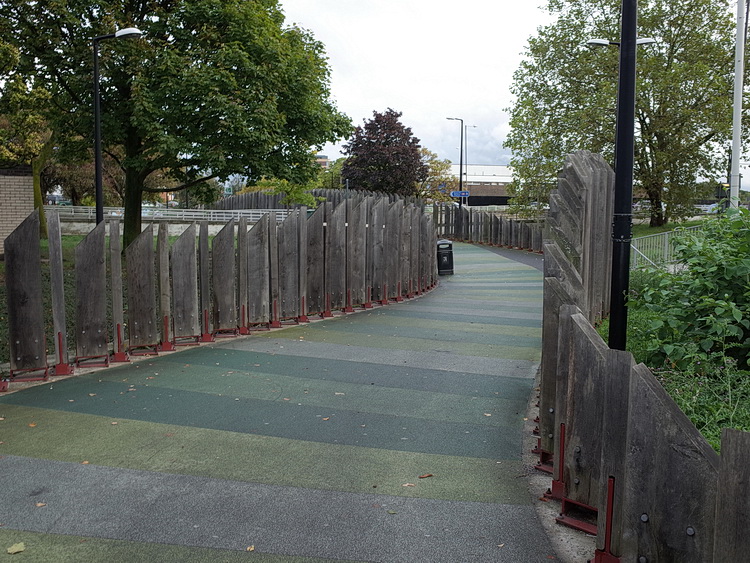 Navigating through the roundabout. 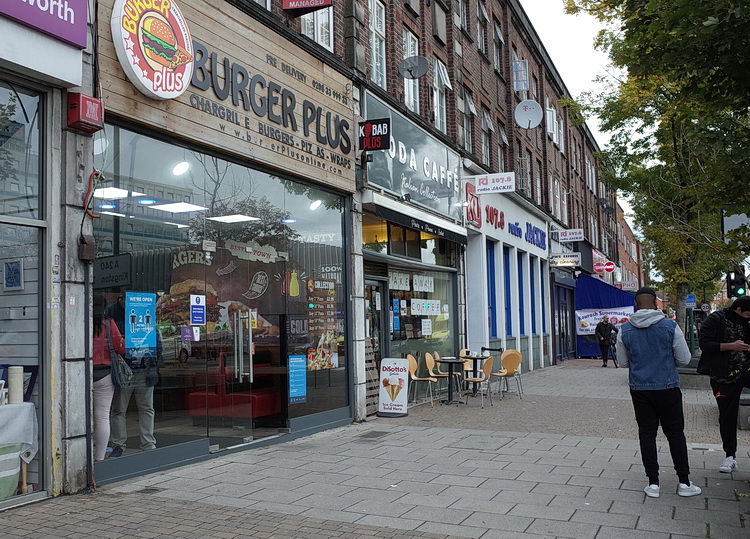 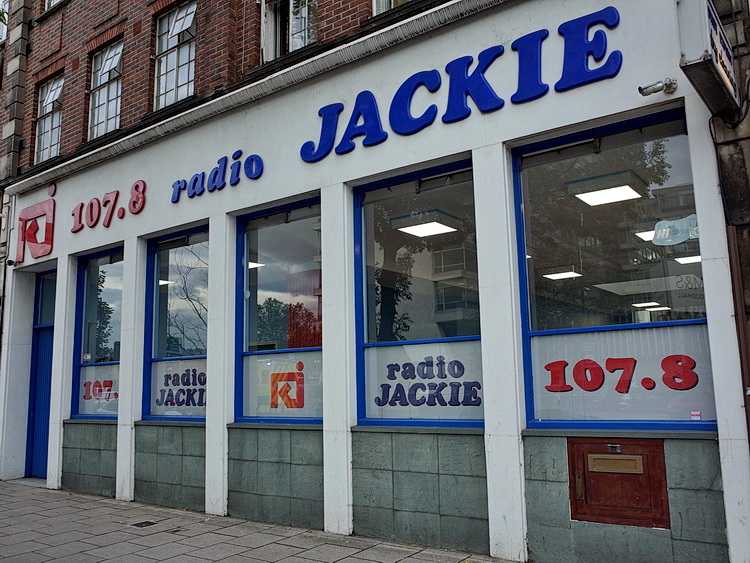 The offices and studios of Radio Jackie occupy the former Crown Post Office. The station has a long history, launching as a pirate station in March 1969 and becoming one of most popular pirate stations in the country.

By the early 1980s, Radio Jackie had become a 24-hour-a-day local station with studios in Worcester Park and a shop in Morden, but was closed down by new broadcasting laws in the March 1985, before resurfacing in October 2003. 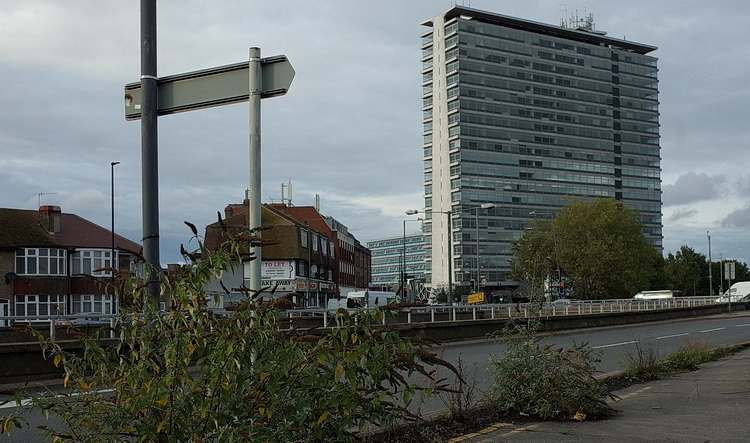 To the right of this picture once stood the Toby Jug pub, which hosted David Bowie’s second-ever Ziggy Stardust gig in January 1972.

Other legendary acts to grace the pub’s stage were Led Zeppelin,  Fleetwood Mac, Traffic, Joe Cocker, Yardbirds, Jethro Tull, Squeeze, King Crimson and the Damned.  It was flattened in 2002.

This flyer from 1972 shows what an important venue it must have been: 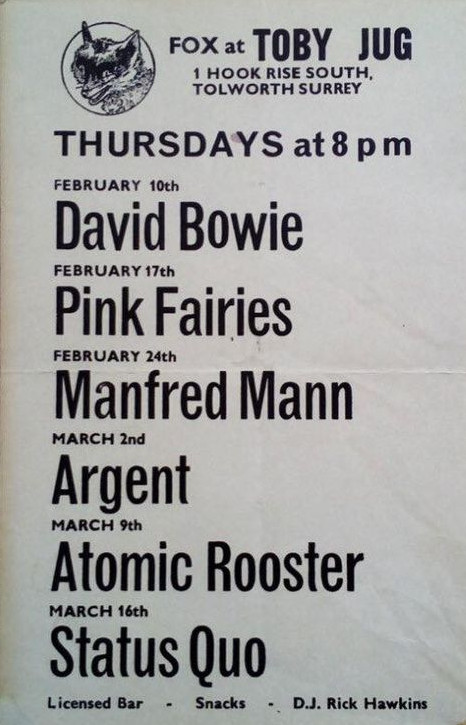 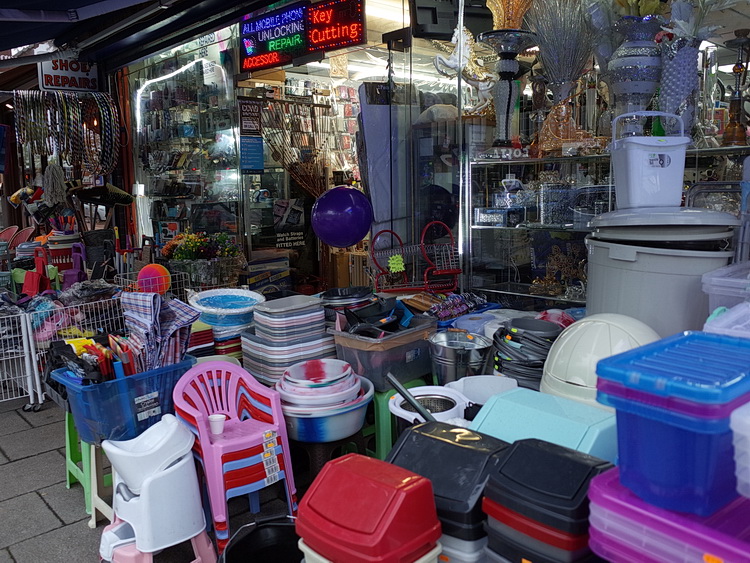 General store on the Broadway. 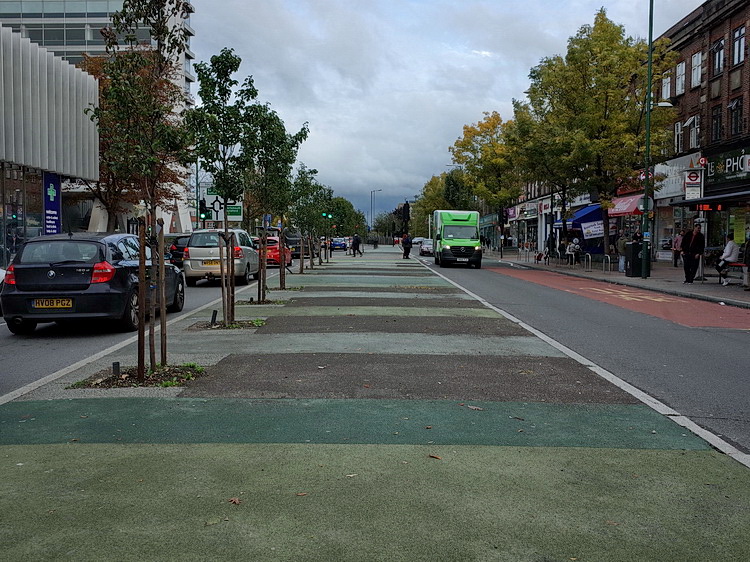 This murky strip in the middle of the road is described as The Tolworth Greenway:

The Tolworth Greenway was a public space planning scheme, the Mayor’s “Great Outdoors” initiative. The barrier on the central reservation was removed, which itself has been widened.

The stripy green “sureset” resin surface allows users to walk the length of Tolworth Broadway on the Greenway and to cross the Kingston ByPass (A3) at street level.

The scheme aimed to revitalise Tolworth Broadway, improve safety and reduce traffic speeds. Critics believed that the area would be more dangerous, as pedestrians would cross the road wherever they chose. 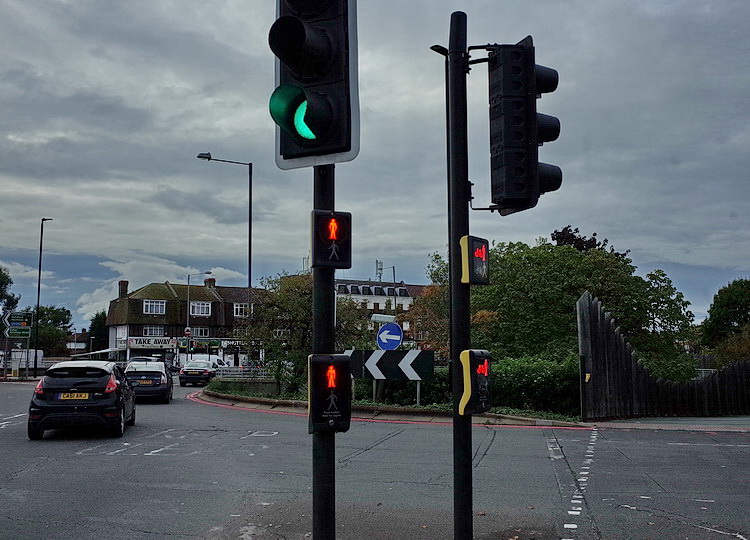 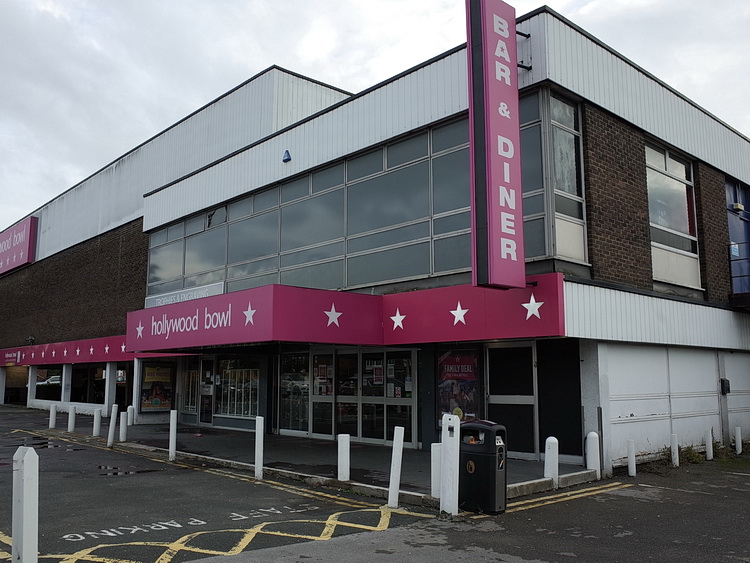 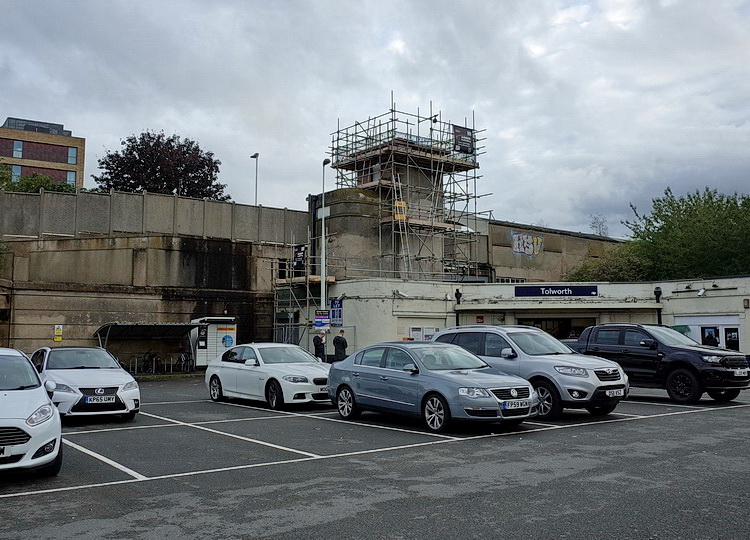 Tolworth station is on the Chessington branch, some 12 miles from London Waterloo and built in the Art Deco style of the 1930s using concrete arcs for canopies. 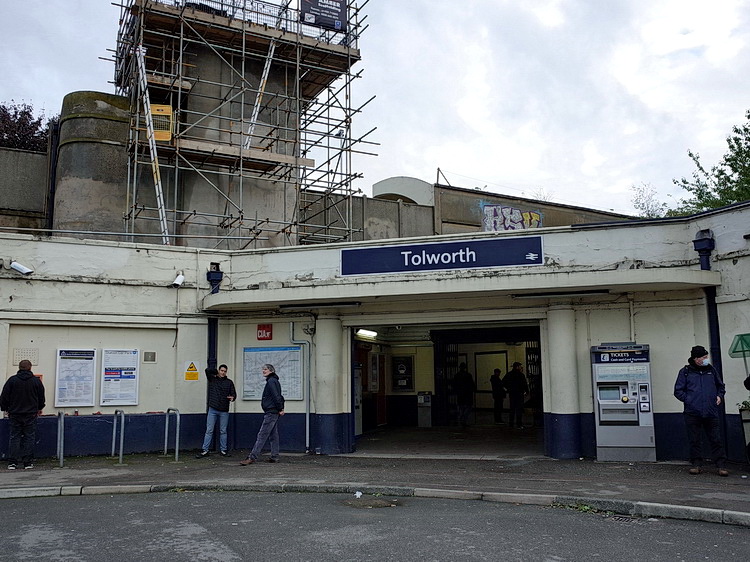 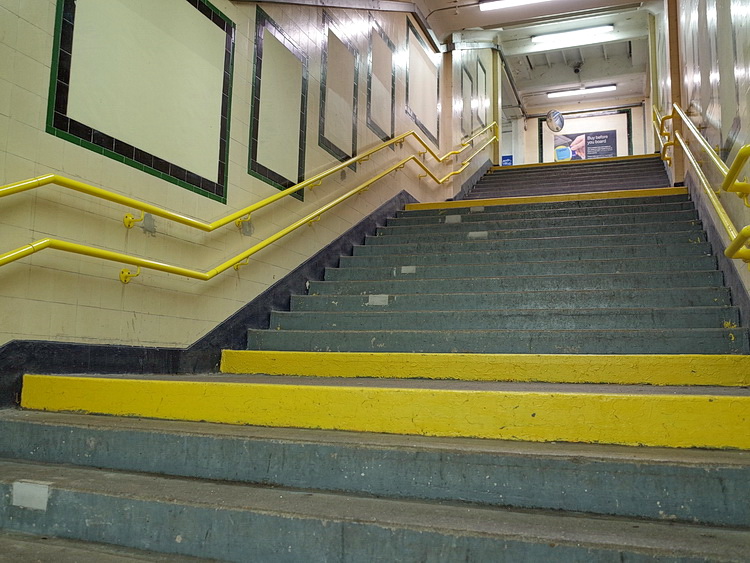 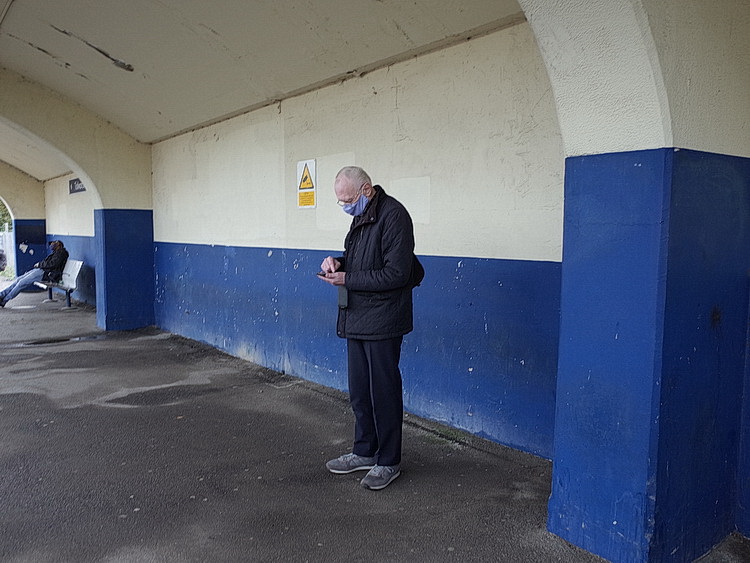 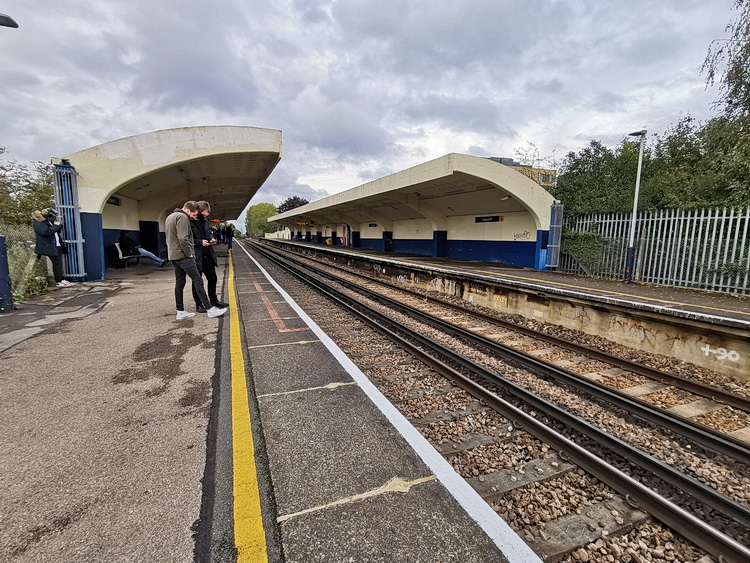 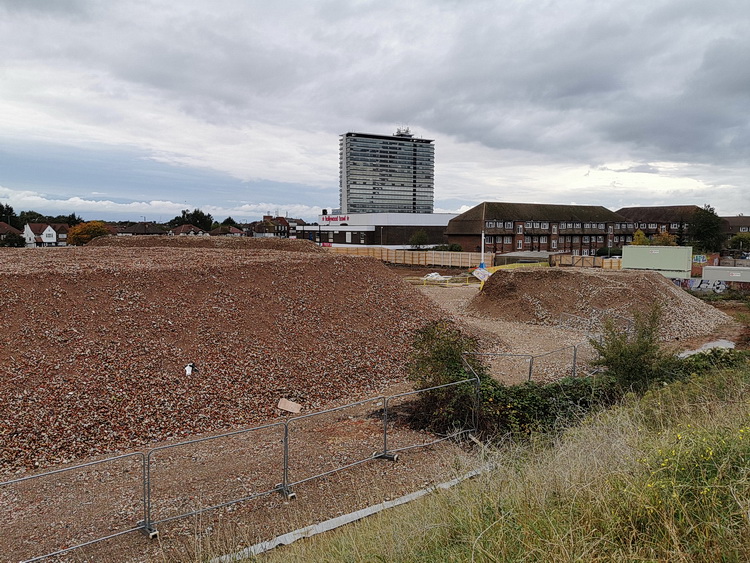 View from the station.

In photos: United Visual Artists: Other Spaces – an audio visual treat at 180 The Strand, London

In photos: The street preacher of Shepherd’s Bush, west London

One Comment on “In photos: a visual taster of the joys of Tolworth, south west London”