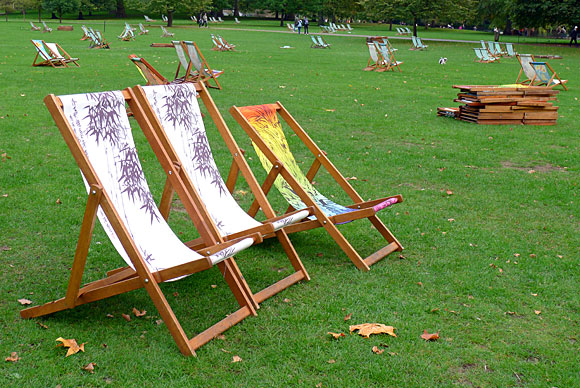 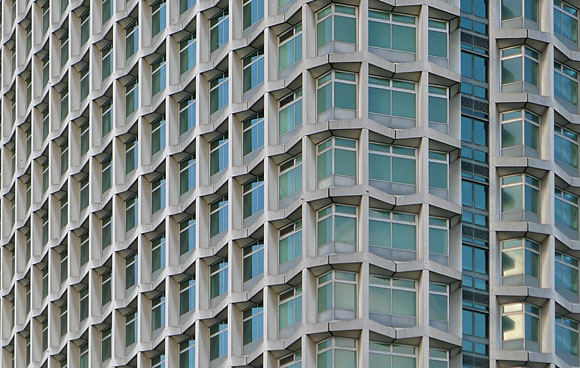 The distinctive shape of the Centre Point tower, looking over the busy Oxford Street and Charing Cross Rd junction. 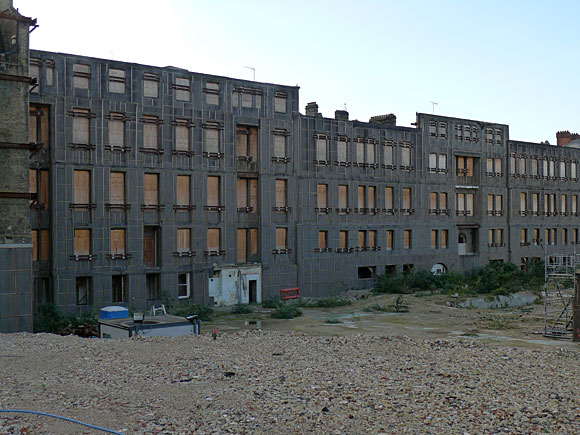 There’s now a huge hole where Middlesex Hospital once stood.

The original Middlesex Infirmary ‘for the Sick and Lame of Soho’ was opened in 1745, and moved to its purpose-built premises in Mortimer Street in 1757.

Several extensions and rebuildings took place  over the years, with the hospital closing in 2006 and all services moving to the new £422m PFI-built 16-story University College Hospital (UCH) in Euston Road. 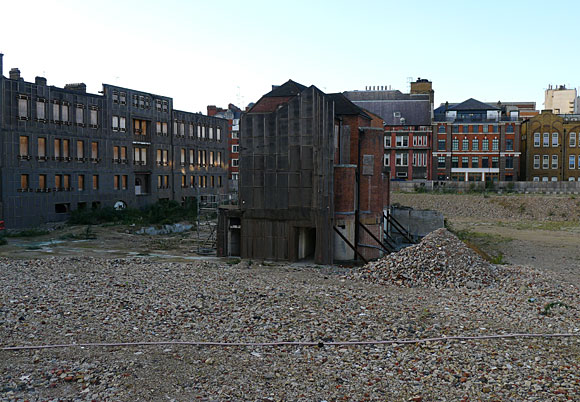 The cleared hospital site has remained empty for some time now, as its Wikipedia entry explains:

The planned redevelopment of the Mortimer Street site is now in limbo after the withdrawal of the consortium led by the Candy brothers. The site is now in the hands of the nationalised Icelandic bank Kaupthing Bank. Candy and Candy had planned to redevelop the site into a 273-apartment luxury accommodation complex, named “NoHo Square.”
In the latest installment in a long running saga, control for the development of the site appears to have been handed to Stanhope PLC, in a sale valued at a third of the price paid for the site by Kaupthing Bank. It appears that the plans for the Noho Square development have been shelved, but quite what will be built in its place remains to be seen. 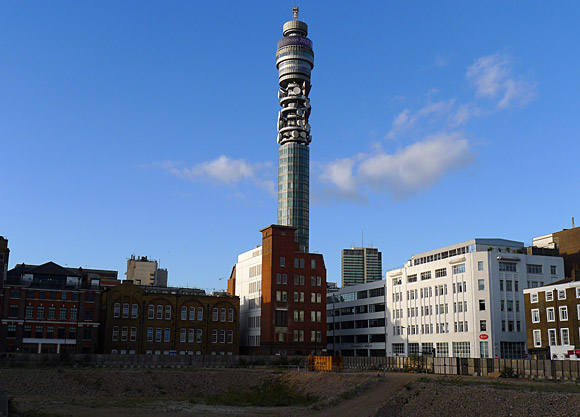 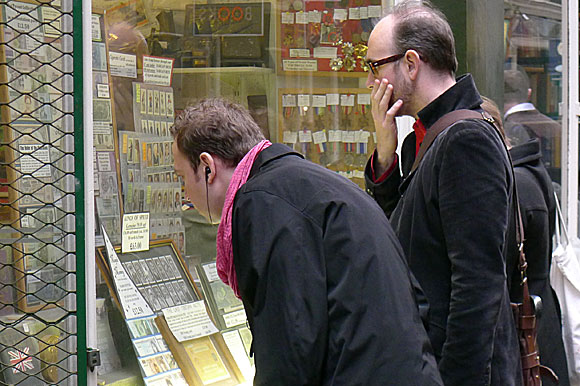 A late Victorian thoroughfare linking Charing Cross Road and St Martin’s Lane, it has a relaxed and timeless atmosphere and is a great place to browse for old books, prints, antique maps and railway books. 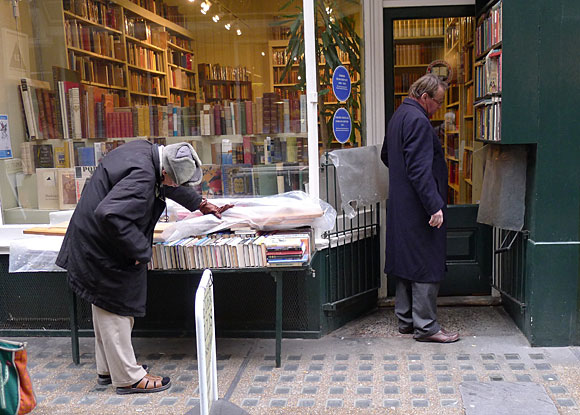 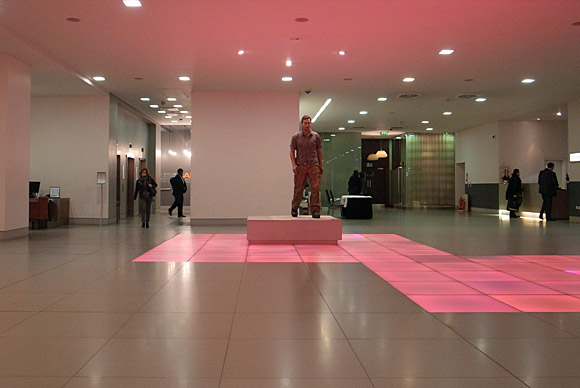 The vast lobby at the Cumberland Hotel, Marble Arch also serves as a contemporary art gallery. We were here for a press event, so were a little ‘lubricated’ by the time I got to take these photos. But I managed to get it in focus! 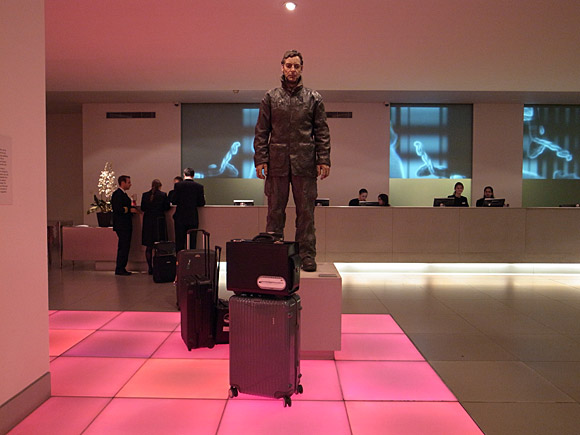 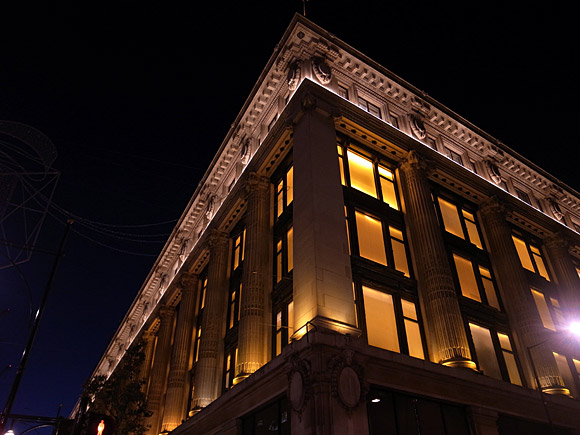 The striking façade of the famous Selfridges store on Oxford Street. 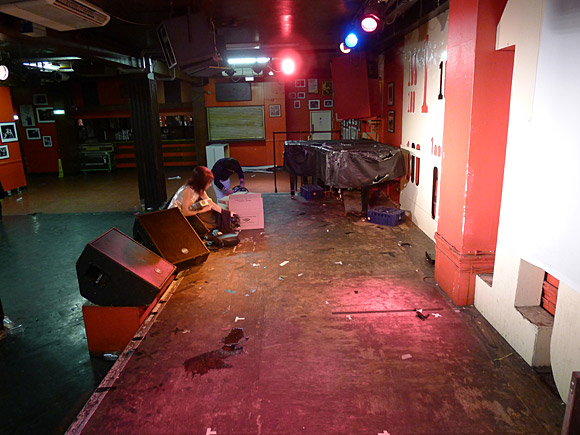 On this very stage has stood bands like The Sex Pistols, Muddy Waters, The Clash, Lonnie Donegan and The Rolling Stones. I felt suitably ‘umbled. 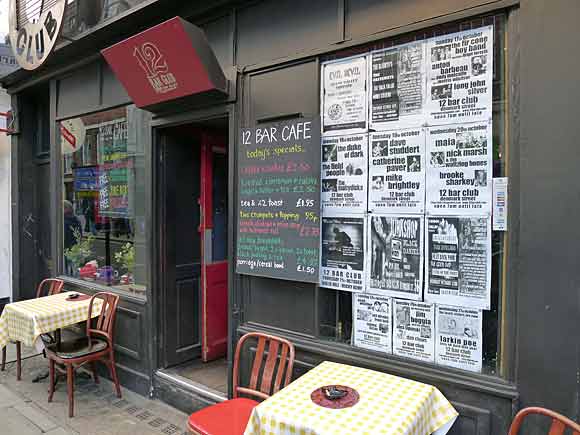 The 12 Bar Club and Cafe in Denmark Street W1 – one of my favourite music venues in London!  See: 12 Bar feature. 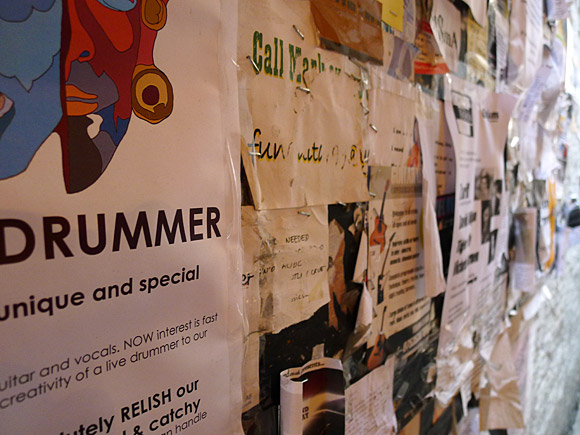 Around the corner from the 12 Bar is this wall covered in adverts for musicians.

A rainy day in London town