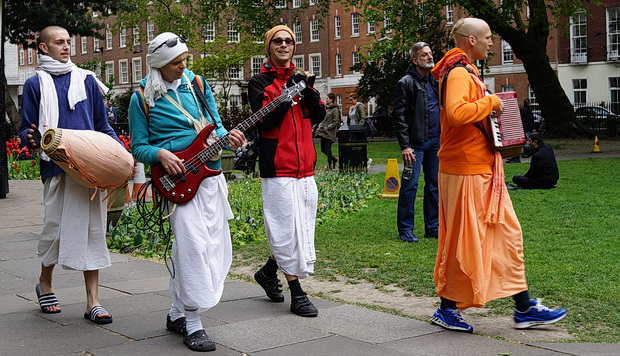 They’ve been seen (and heard) percussin’ and chantin’ their way around Soho Square in central London for decades, but back in the day the Hari Krishna gang were all about drums and tambourines.

But, like Bob Dylan in 1965, these guys have now gone electric, strutting their way through the park with amplification in tow. 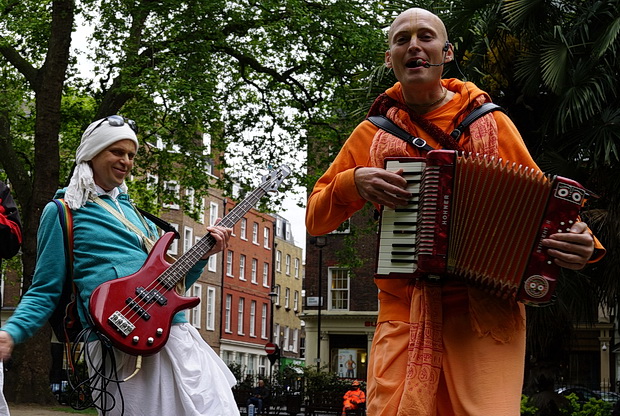 Note, if you will, the vocal mic and the bass guitarist giving it a full on meeeetaaaal pose in the background. 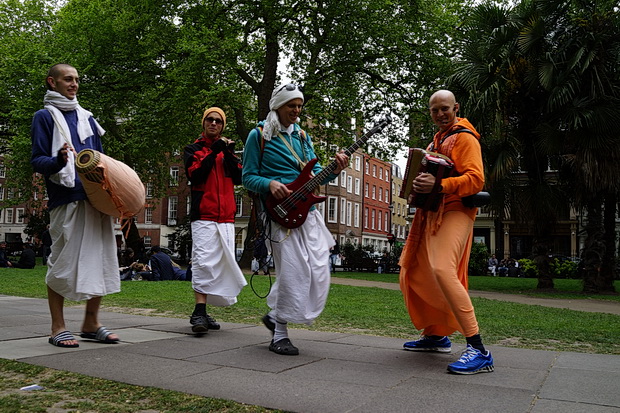 Percussion was taken care of by the fella with the Mridangam drum and the bloke on the wee cymbals. 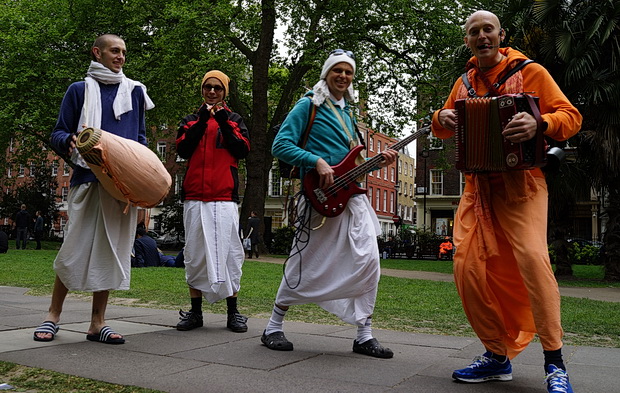 They happily posed for my pictures before heading off to Oxford Circus. 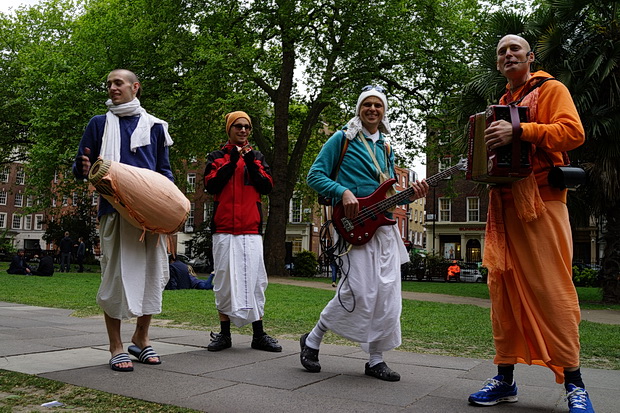 The musicians most likely come from the nearby International Society for Krishna Consciousness (ISKCON) temple, which has been in Soho Street since 1969.

Here’s a blissed out video documenting the temple’s recent refurbishment: