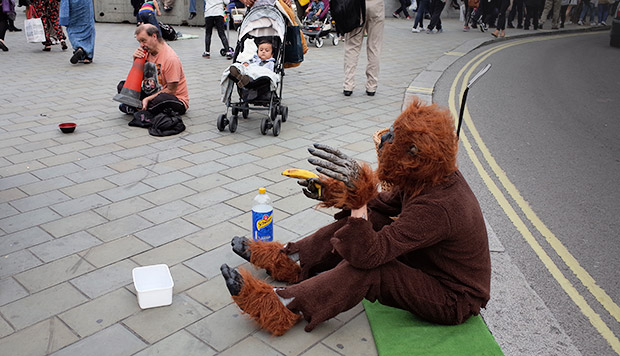 The tourist heaving environs of Trafalgar Square often provide rich pickings for buskers and street performers – but generally some kind effort is required to catch the eye of passers by. 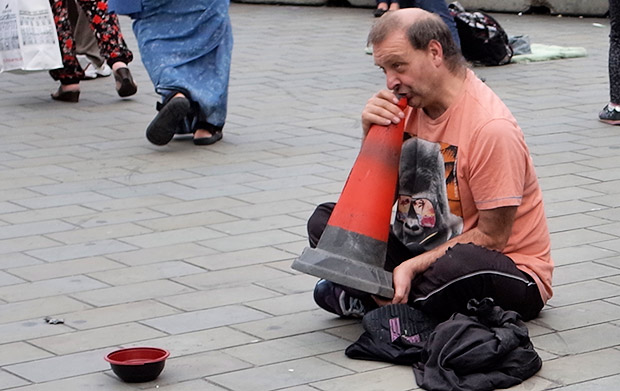 Singularly failing to attract the loose change of passing traffic was this gentleman, whose ‘act’ involved him unenthusiastically making  strange noises through a traffic cone.  You can see his bowl is untroubled by any kind of financial reward for his efforts. 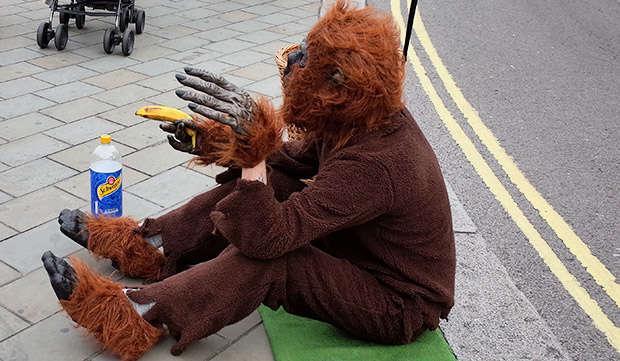 Close to him was an equally unimpressive man dressed in a rubbish gorilla costume who seemed to think that sitting on the floor and just waving a banana around be enough to attract the sound of clinkering change. It wasn’t, sadly. 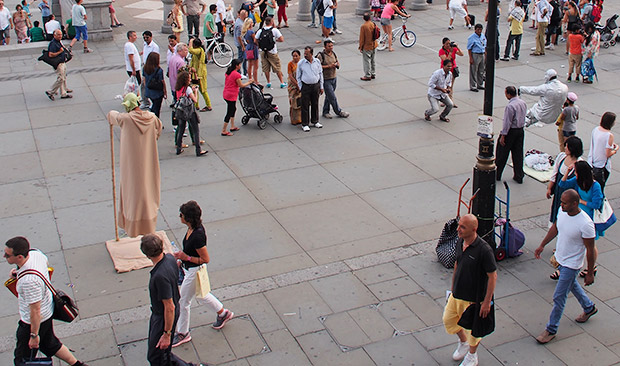 Mind you, I think I preferred those two to the lines of ‘levitating’ people that now hover around Trafalgar Square.

I counted eight of them, and for most the entire ‘act’ involved sitting on a hidden steel frame which gives the impression that they are floating above the ground. And that’s it. 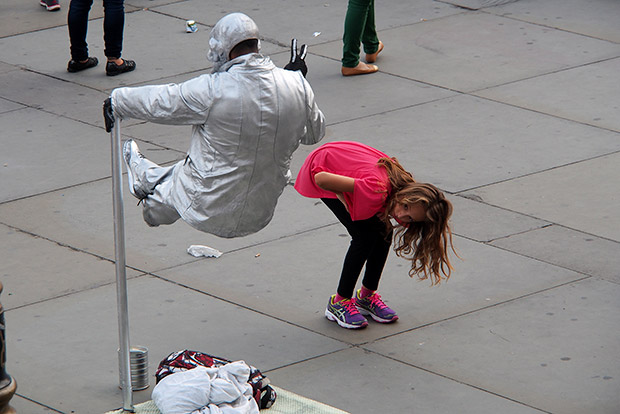 Once you’ve worked out how it’s done – and it is rather clever – there’s not much to be gleaned from seeing the same thing repeated every 20 yards or so.

A statue made of soap: Duke of Cumberland erodes away in Cavendish Square, London