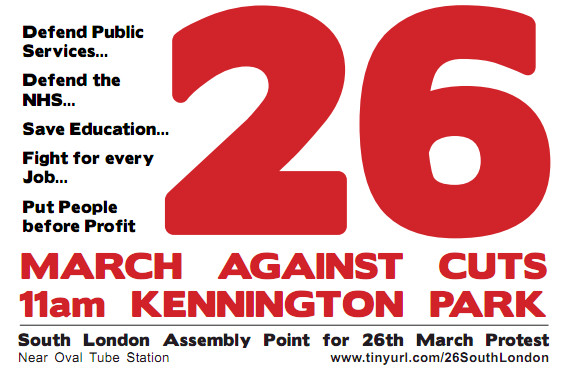 The 26th March, 2011 will see Trade Unions, Pensioners’ groups, Unemployed organisations, students and local residents, march against the cuts and in defence of public services.

South London will be assembling at Kennington Park, to cross the river together to join the main demonstration through Central London. 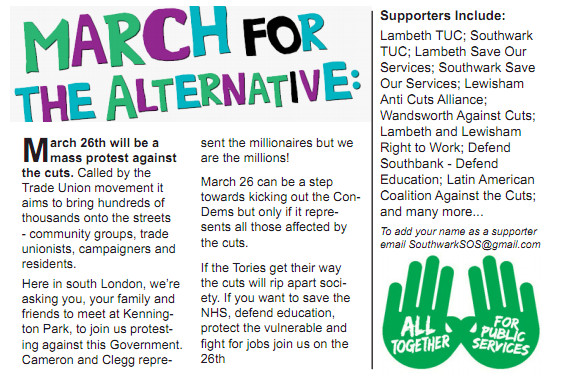 Hope to see you there!

Oh, and kettling-permitting, we’ll be having a free after-party at the Prince Albert in Brixton. All are invited!

One Comment on “March 26th: March Against The Cuts, Kennington Park, 11am”