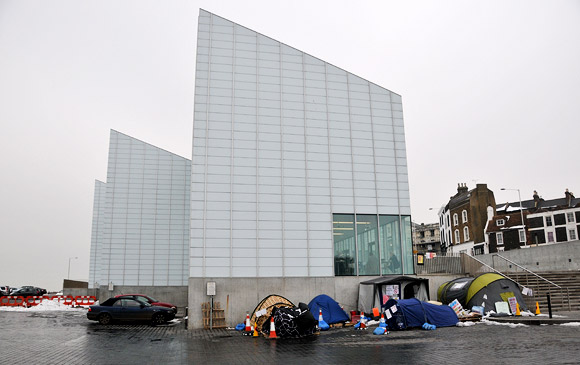 Huddled up next to Margate’s shiny new Turner Contemporary Gallery for warmth against the February snow is an ‘Occupy Thanet’ protest camp. 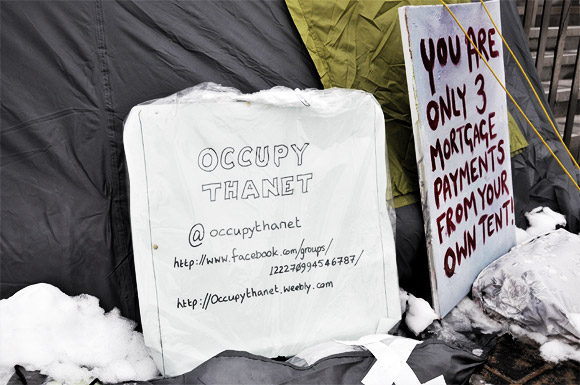 Following the lead taken by Occupy protests across the globe – including the long running camp at St Pauls in London – Margate protesters explained their action to the local local paper:

Occupy Thanet was set up in response to the many Occupy movements that are taking place across the world.

This Occupation is a chance for people in Thanet to make their voices heard and to make a stand against the cuts and injustices both globally and locally. 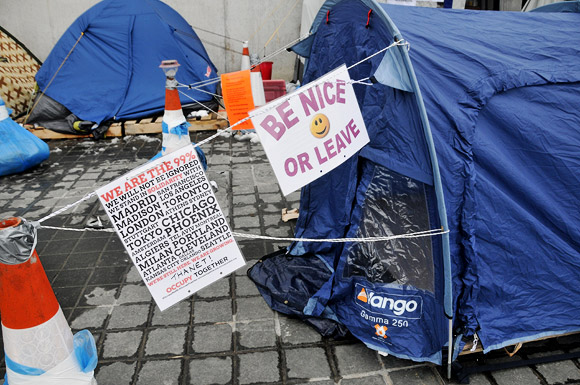 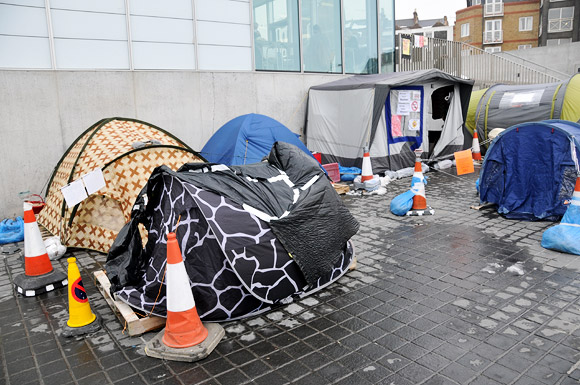 It’s been reported that  local traders have given the protesters food, with many passersby expressing their support.

Seeing as the nearby beach was covered in snow and temperatures were well below zero when I was there, they have my respect too. Good work fellas! 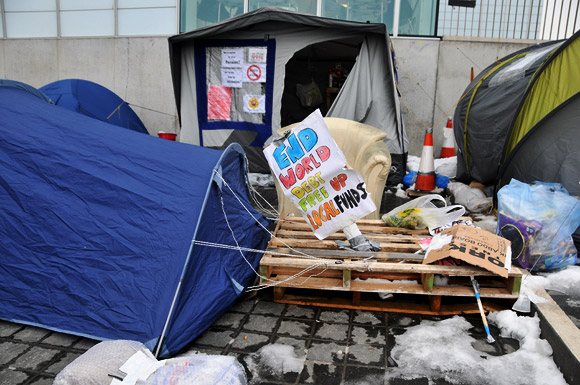 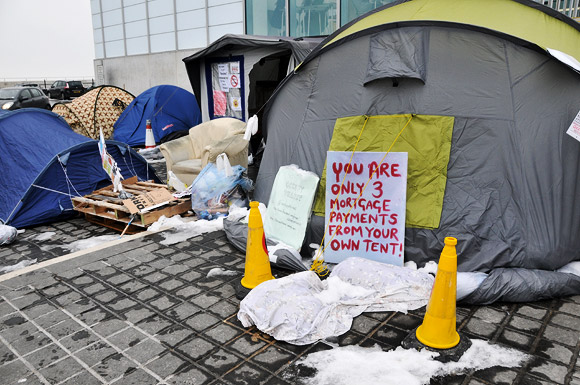 Margate – walking by the sea, sand and snow

A return to the magnificent Lifeboat Inn, Market Street, Margate

A pleasant afternoon’s drinking in the Lifeboat Inn, Margate, Kent