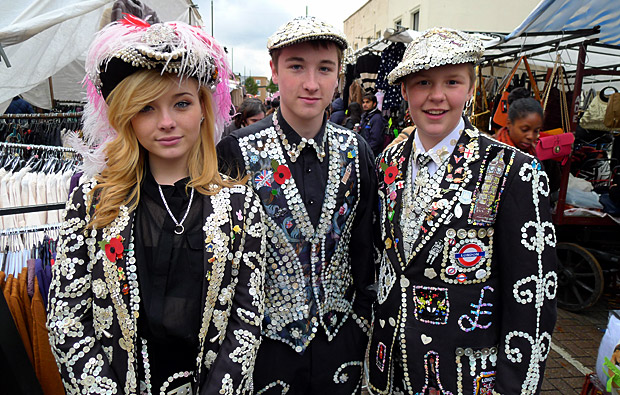 Pearly Kings and Queens (aka pearlies) are an organised charitable tradition of working class culture in London, and can be recognised by their distinctive clothes, which are covered in pearl buttons. 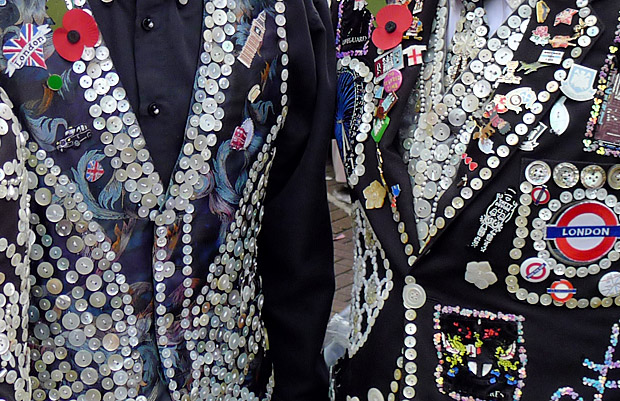 [Detail from the jackets. The really sharp-eyed might spot a badge for The Severed Limb, some good friends of mine who play excellent skiffle music]

The practice originated in the 19th century, and was first associated with Henry Croft, an orphan street sweeper who collected money for charity. 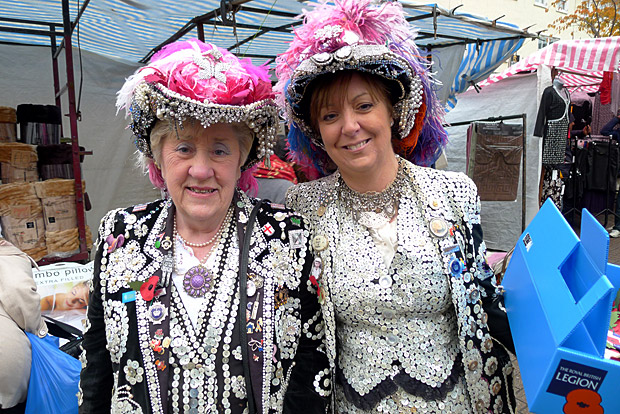 Croft noted that London costermongers (street traders) were in the habit of wearing trousers decorated at the seams with pearl buttons found by market traders, so took it a step further to create a pearly suit to draw attention to himself and his fund-raising activities. 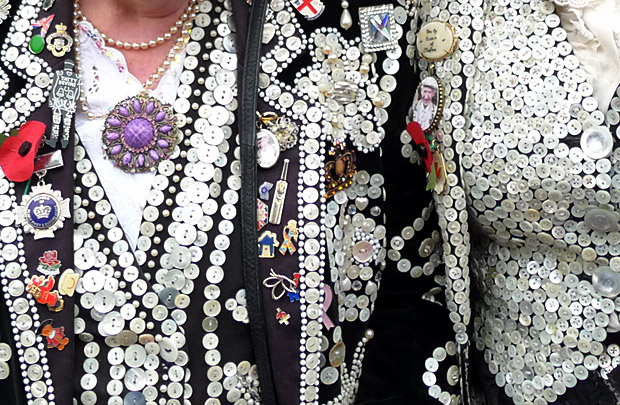 Here’s the Wikipedia entry on Croft’s death in January 1930:

[…his funeral was attended by 400 followers from all over London,[1] receiving national media coverage.[4] In 1934 a memorial was unveiled to him in St Pancras Cemetery and at a speech to mark the occasion he was said to have raised £5,000 for those suffering in London’s hospitals. The statue was later moved to the crypt of St Martin-in-the-Fields, Westminster. 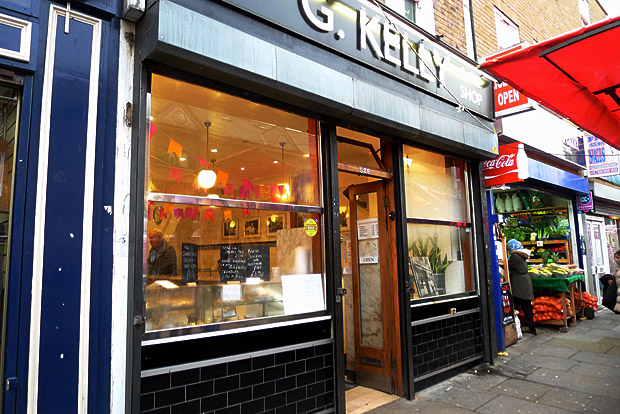 Situated on the oldest known trade route in Britain, Roman Road is the road to Colchester famously taken by Boudicea on her way to kick Roman ass in London.

It hosts a street market every Tuesday, Thursday & Saturday, and one of London’s last Pie & Mash shops can be found there. 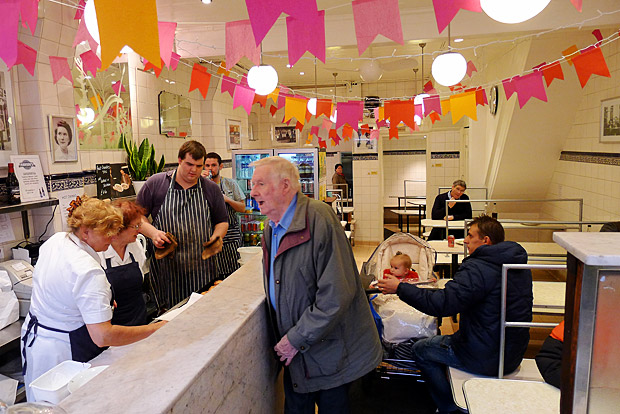 G Kelly has been serving  Pie and Mash with parsley liquor, along with stewed and jellied eels in  for over 70 years, and is definitely worth a visit if you want to soak up a bit of real East End culture.