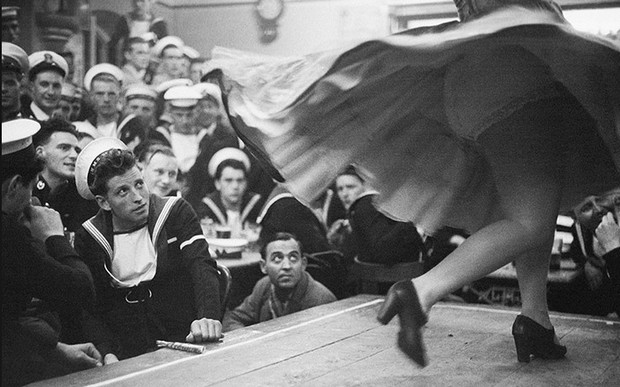 There’s a wonderful free photo exhibition currently on at the Getty Gallery, Eastcastle Street, central London, showing the work of photographic legend Bert Hardy, who made his name working for the the Picture Post photojournalism magazine.

The show is timed to coincide with the double anniversaries of Bert Hardy – who was born a 100 years ago – and the ground-breaking Picture Post magazine, which launched 75 years ago in October 1938. Sadly, neither are still with us. 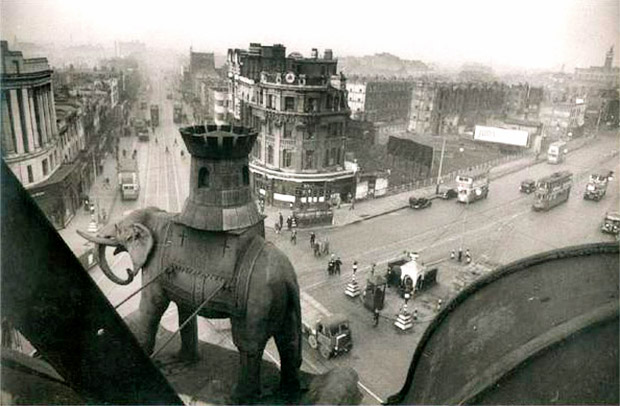 The eldest of seven children, Bert Hardy rose from humble working class origins in Blackfriars, London, leaving school at age 14 to work for a chemist where he learnt how to chemically process photos.

After selling 200 prints of King George V and Queen Mary passing by in a carriage, he went on to freelance for The Bicycle magazine, saving up to buy a second-hand, small-format Leica 35 mm camera which was to change his life. 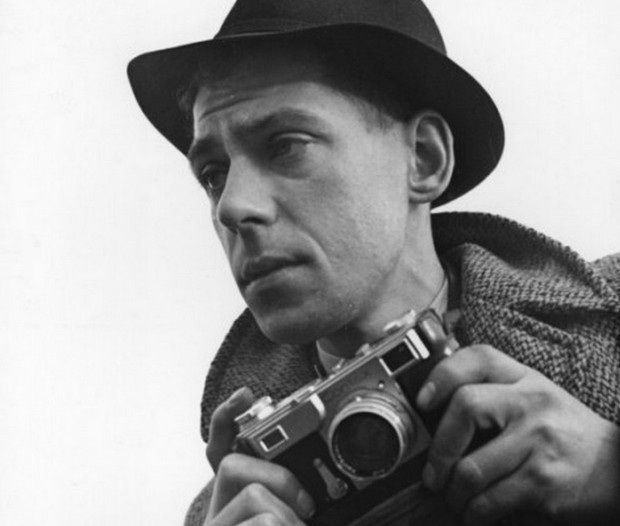 Self taught and using the small Leica camera instead of the traditional larger press cameras, Hardy was recruited by the editor of Picture Post, Tom Hopkinson, in 1941.

He went on  to become the Post’s Chief Photographer, earning his first photographer credit for a February 1941 photo-essay about Blitz-stressed fire-fighters. 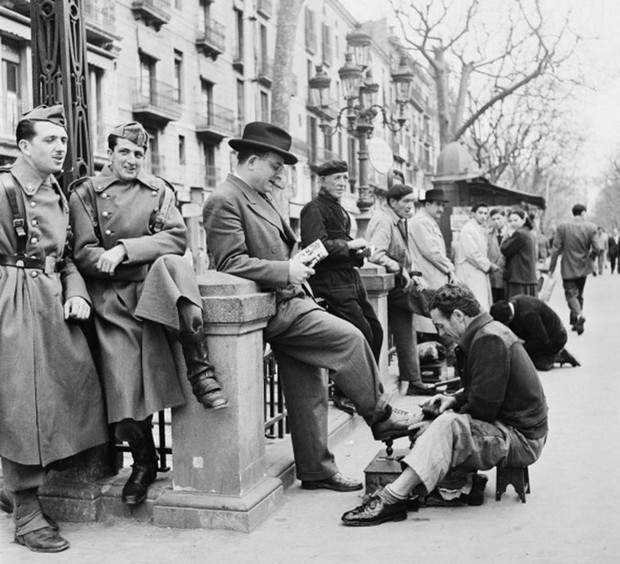 Photohistories.com describes some of the innovations Hardy introduced to his work:

The Cockney photographer went on to create his own developer (a mix of paraphenylene-diamine, metol, glycin and soda sulphite) which he called his ‘super-soup’. By push-processing film in his super-soup Bert could work without flash in lower lighting conditions than most of his competitors.

Not content with his own developer Hardy took a soldering iron to another Leica and customised the shutter so that it could synchronise with flash at 1000th of a second. Bert was no fool. Even today’s Lecia M7 cannot achieve flash synchronisation at such a high speed without an adaptor.

Hardy later served as a war photographer in the Army Film and Photographic Unit (AFPU) from 1942 until 1946, covering the D-Day landings in June 1944, the liberation of Paris and the allied advance across the Rhine.

He was also one of the first photographers to enter the liberated Belsen to record the dreadful scenes there. 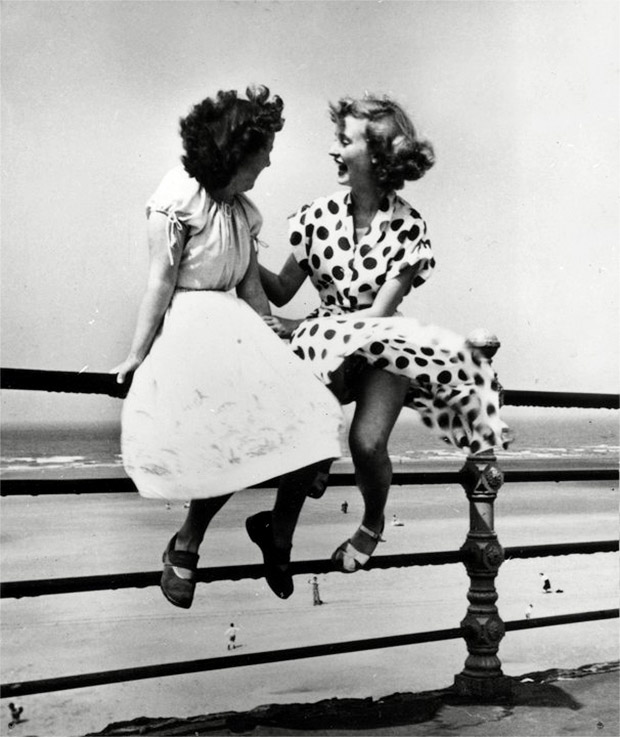 His later photo-journalism took him all around the world, and his famous 1951 Picture Post photograph of two young women sitting on railings at Blackpool – which has been reproduced all over the world – was taken on a humble Box Brownie camera.

He’d previously written an article for amateur photographers suggesting that you didn’t need an expensive camera to take good pictures, and this certainly delivered the proof! 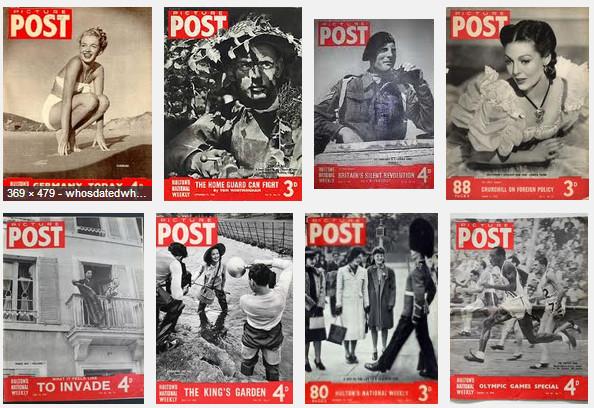 First published 75 years ago,  Picture Post was an influential and pioneering photojournalism magazine, swiftly rising to sell 1,700,000 copies within two months of launching.

Staunchly liberal, anti-Fascist and populist, the magazine campaigned against the persecution of Jews in Nazi Germany before the Second World War, and penned their radical ‘”Plan for Britain” in January 1941.

This called for minimum wages throughout industry, full employment, child allowances, a national health service, the planned use of land and a complete overhaul of education, and proved a populist forerunner of William Beveridge’s November 1942 Report. 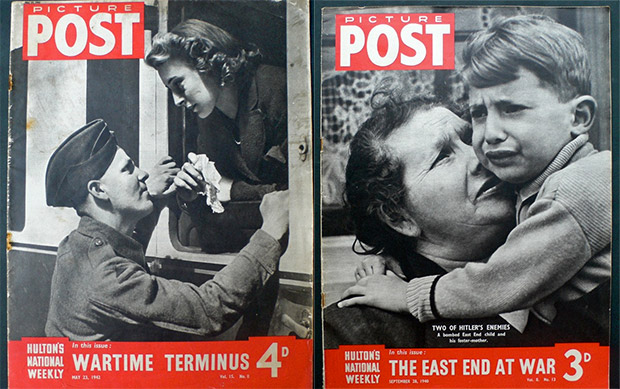 With the dismissal of editor Tom Hopkinson by owner Edward G. Hulton in 1950 after the publication of a piece (illustrated by Hardy) showing South Korea’s treatment of political prisoners in the Korean War, the magazine went into fairly swift decline.

An endless succession of new editors and growing competition from television saw sales slump to 935,000 by June 1952, and at the time of the magazine’s closure in July 1957, circulation was under 600,000 copies a week (sales that modern magazines can only dream about now!).

Chat about Bert Hardy and Picture Post on urban75.

Stories of Hope – a set of striking images from Lesotho in the Getty Images Gallery, London

Shoddy goings on at the Photographer’s Gallery, London?